A few times a season, we like to reach out to a current or former Open Space contributor and find out what they’ve been up to. Brion Nuda Rosch, an artist, curator, and educator, is a columnist in residence and last published work here in 2010. 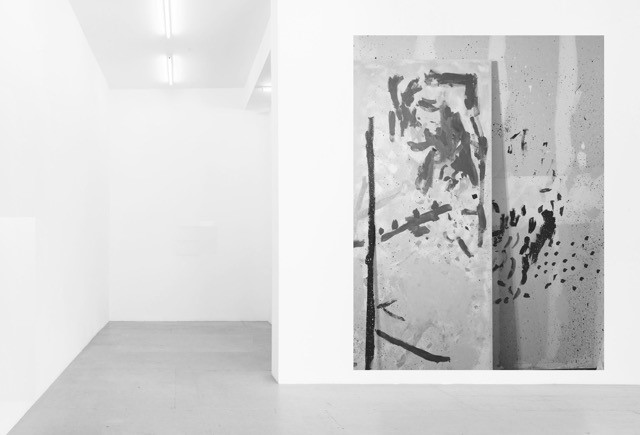 So, Brion, what have you been up to?

Balancing my responsibilities as a father, artist, and Studio Program Director at Minnesota Street Project.

Recent events — both local and national — indicate there are challenges ahead. I would not want to be anywhere else in the country right now. I’m inspired by those still living and working in the Bay Area fighting for stability and space. I’m inspired by artists and curators who open their homes or studios to their community or risk commercial leases to stage exhibitions and happenings.

Many of your contributions as a Columnist-in-Residence use SFMOMA as a prompt for new artworks, as a space for (very) brief residencies, even as means of jogging the memory of those who left the Bay. Since our reopening, has the Museum’s new look or any of its new works on display catalyzed new ideas around, well, catalysis? Put another way: are there any interventions you dream of? Or avoid?

Jonn Herschend would produce a PSA providing self-help strategies while navigating the wonders of the museum.

Bonanza would write and direct a full-length feature film in the Snøhetta stairwells — this would involve onsite production during regular hours, visitors’ participation encouraged.

David Kasprzak would cover Anselm Kiefer’s paintings with Ventablack and Amy Rathbone would paint the blue and yellow Ellsworth Kelly’s pink and brown.

I would replace the Fisher Collection with floors curated by: Aaron Harbour and Jackie Im, Juana Berrío, Diego Villalobos, and another floor featuring performances curated and directed by Dena Beard.

Mitsu Okubo would perform stand up on a set built by Maria Guzmán Capron.

Kate Rhoades would debut new films in the Education Center.

At 4 p.m., during rush hour, a collection of floats built by artists working at Creativity Explored, Creative Growth, and NIAD would parade down Third Street celebrating the museum’s re: RE: reopening…

Arash Fayez would choreograph a situation, making the public space of the museum PUBLIC, inviting homeless from SOMA inside to sing, dance, and engage in a feast where the foundation for a new refugee camp is built, where storytelling and information would be shared without prejudice.

The evening would end with “Let’s Get Weird” hosted by Bob Linder and Jon Runcio, featuring Andrew Sheets performing on the bridge in the Botta building.

Go out and support art!