The Grass is ALWAYS Greener 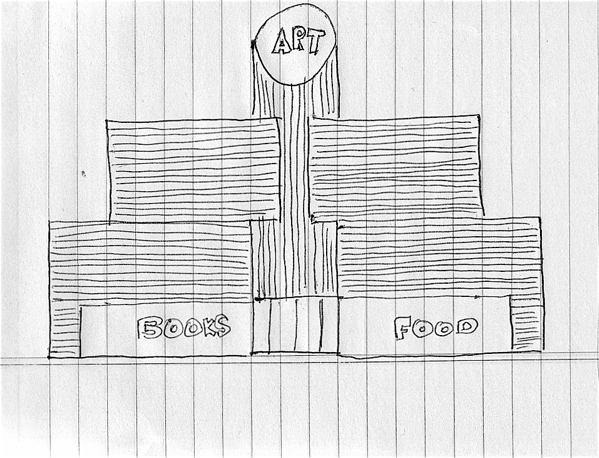 The Grass is ALWAYS Greener AND that is OKAY

In February of this year, Renny Pritikin posted Artist Who’ve Left Town and 97 comments followed, confirming that this topic is one many find pertinent. Most of the discussion offered insight from those who have moved, those who have stayed or those who have considered either option, while other responses concluded that some (either participating in or following the arts) will often have similar complaints without offering productive means to achieve solutions.

I attempted to contact several of those who left and offered the following assignment; draw the SFMOMA from memory. My interest for this assignment reflected how we relate to basic memories from our past  (and where we come from), and how images change or become distracted over time. I contacted approximately twenty from the list, and a few responded. Anthony Aziz was the first to send his drawing (above). Melissa Pokorny followed with her slightly abstracted staircase drawing (below).

The assignment was intended to be mundane, and it served no conclusion to the conversation at hand as I had found no real conclusion in Pritikin’s post and the discussion that followed. And what interested me most was this contradiction. The topic is extremely compelling and elicited so much conversation, yet no real resolution surfaced as to how the Bay Area could find the tools to support its own arts community while also seeking an unclear external validation from other important art centers. And how is this validation defined by those seeking it? And is validation needed?

I wanted to reflect on some of the conversation that occurred:

Zachary Royer Scholz was first to comment on the post stating “The problem seems not to be staying or going, but how each is done.” He continued, “Abandoning the Bay Area like the small town you grew up in and want desperately to forget is dysfunctional, but so too is pretending that the rest of the art world doesn’t exist.”

Others offered personal perspectives on their experience and Pritikin responded, reminding them that his desire was to obtain fact-driven responses, and that his goal was to “address the conventional wisdom about certain assumptions”

Anthony Discenza responded with “Assume though that we can marshall such data–what is the goal? In what way do you envision the information obtained by such research would be used to effect change? This is in no way intended as a hostile question, I’m just curious. What do you hope to find?” 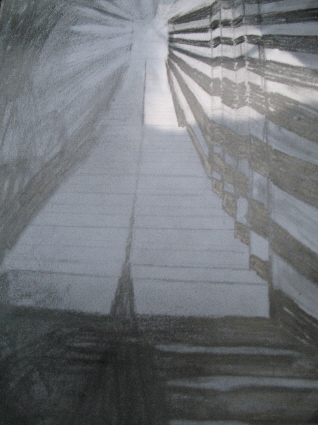 Pritikin did find such data, and posted them: Facts, for a Change. Ironically, by the terms of these results, Bay Area artists fare well compared with artists in other cities. So is the essential question: Where do we fit in within the rest of the art world? Or is it How do we relate to the rest of the art world and do others take us seriously? And how can these questions be addressed when the data states we fair well in comparison? And with these facts, what can be achieved now?

I’d like to offer another perspective that was mentioned briefly in the discussion following Pritikin’s post; this conversation takes place behind closed doors, in studios, bookstores, galleries, cafes, and bars (more shit talking than conversation here) around the city, and not only within the Bay Area but elsewhere, and often the conversation occurs between individuals from other art centers. That is to say that within pockets of the Bay Area art community, artists are having critical conversations that relate to their peers in other art centers. Intimate small connections exist across geographical regions, and the ease to participate beyond your locality given the Internet should possibly be a priority for future collaborations as most of the conversations result in productive outcomes.

Prescription for a Healthy Art Scene.

One prescription to add:

24. COMMUNICATION AND DIALOG WITH ARTISTS/CURATORS/WRITERS/ETC OUTSIDE OF THE LOCAL DEMOGRAPHIC ENCOURAGING SHARED THOUGHT AND COLLABORATION OF IDEAS WHILE ALSO CREATING INPUTS AND OUTPUTS FOR POTENTIAL EXHIBITION OR PUBLIC DISPLAY OF THESE SHARED INSIGHTS

Not to assume that these actions have not taken place. In the Fifties and Sixties, Bay Area abstract expressionists contended with competition for visibility with the New York School.  Others working from an Avante-garde, Dadist or conceptual background found themselves vying for visibility until Tom Marioni founded the Museum of Conceptual Art in San Francisco in 1970. During the eighties the punk scenes of New York, the Midwest and California began to emerge and integrate building a new platform for DIY culture. In the Nineties artists from California found themselves in conversation with other artists, street kids, graffiti writers, film-makers, skaters, surfers, and musicians in New York. The result of this activity was shown at Alleged Gallery (and others) in the Lower East Side from 1992 to 2002. And soon after the Mission School here in San Francisco was defined in an article by Glen Helfand. Pritikin himself referred to the group as “Urban Rustics and Digital Bohemians” and made connections between these artists and the curator of The Drawing Center in New York. In addition, balancing roles between San Francisco and New York, Larry Rinder made several Bay Area selections for the 2002 Whitney Biennial. With these examples (in addition, there are many others) and the facts Pritikin found placing Bay Area artists on a level playing field with other art centers, what elements from the conversation that followed his post can be addressed in a useful and productive manner, and how do we move on from here? 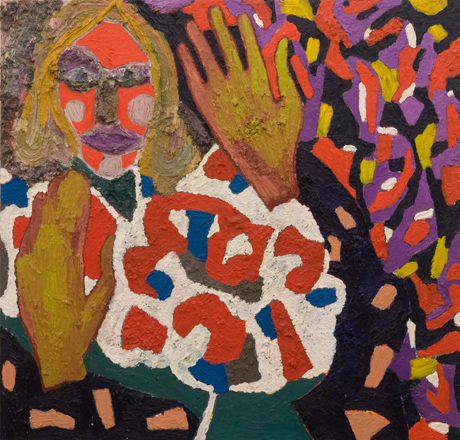 Recently in New York, I visited a few exhibitions with Bay Area connections. First Los Angeles based Allison Schulnik was exhibiting along with Ruby Neri at Canada Gallery. From the list of artists who left, Neri completed her BFA from San Francisco Art Institute in 1994, and a MFA from University of California 1998. You may recall her Horses found throughout San Francisco. Hailing from a long tradition of figurative painters and sculptors her work has matured, as historical reference points are carefully balanced with a humble yet energetic quality, resulting from an experimental and process based approach. In a conversation with the folks at Canada Galley I was surprised by their excitement to have someone visiting from California in the gallery to see this exhibit, mentioning that it is refreshing to have guests “who get it”, who can slow down to live with the work, as if everyone from New York has just been whizzing by onto the other exhibits nearby (there is plenty to rush off to). I was happy to “get it”, possibly the combination of our hippy-dippy-dreamy-druggy-headshop-digital-new-age-spectral-slacker (to borrow the phrase from a recent issue of Art Practical) environment, mixed with a sensibility for balanced critique and investigation is a good path to take. While I was in New York I also received a lot of criticism about the Bay Area, always preceded by “you’re an exception”. Were they just being polite? I can think of plenty of “exceptions”, and if those “exceptions” continue a path beyond the Bay Area is that not better for all of us? 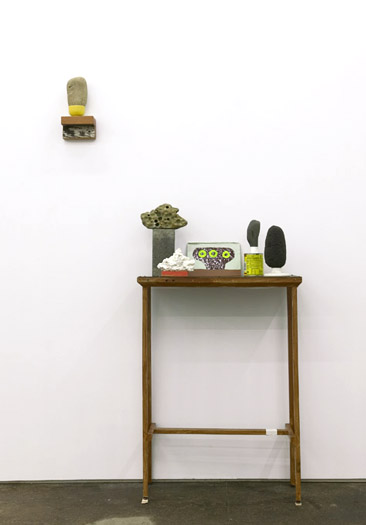 Balancing the notion of his natural relationship with the Bay Area and the hustle and bustle of New York City, Tucker Nichols was exhibiting at Zieher Smith and delivered a direct approach with confident findings to a dual coast conundrum. Michael Wilson writes in his Critics’ Picks for Art Forum  “The linear networks that appear in many of the paintings and drawings here seem to reference the metropolitan street grid by way of fields and hedgerows, while in his sculpture, the San Francisco–based artist racks and stacks found, made, and manipulated items in a style that fuses a metropolitan flaneur’s sensitivity to chance encounter with a beachcomber’s love of pocketable finds.” Upon visiting a multitude of summer group exhibitions it was refreshing not only to find a rare solo exhibition, but to discover a resolution noting our own desires to escape to comfortable locales in the midst of all the chaos and heat of the urban grid. 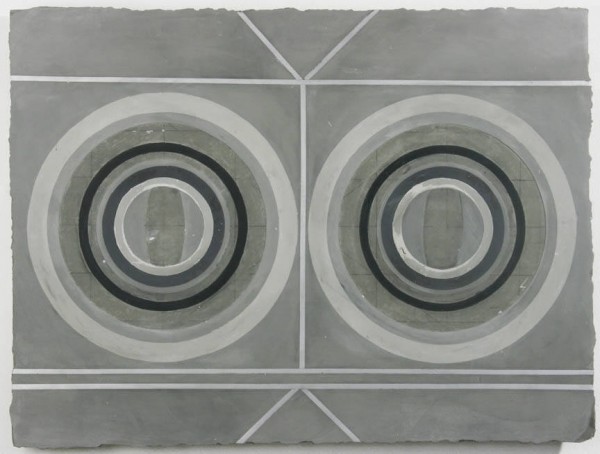 Making my way through New York’s metropolitan street grid I discovered a scattering of Bay Area artists, former Bay Area artists, and New Yorkers in Default State Network at Morgan Lehman Gallery curated by Ryan Wallace. And this exhibition perhaps best exemplifies the potential of current interconnected relationships between the two regions. In 2004 Wallace, along with Joseph Hart traveled from New York to California for an exhibit in San Francisco. Connections were made between the artists involved with Mimi Barr Gallery and Adobe Books leading to a supportive network of shared critical discourse while also offering opportunities to participate in projects that related to those discussions. Relationships such as these have expanded the boundaries for each locality. Rather than seeking an external validation from other art centers, many artists, curators, writers, etc… have been embracing the strengths within each local demographic, thus sharing a varied perspective of intertwined art activities to an audience ranging between a multitude of regions.

The Grass is ALWAYS Greener AND that is OKAY.