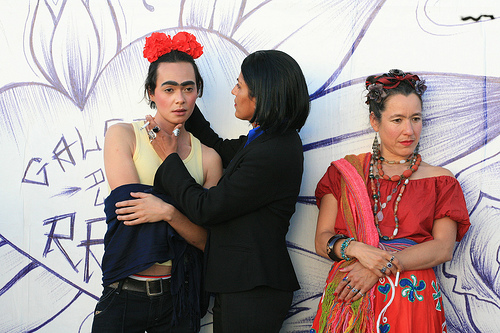 But of course there were many beautiful others: 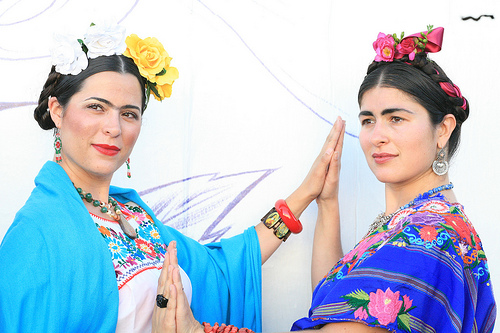 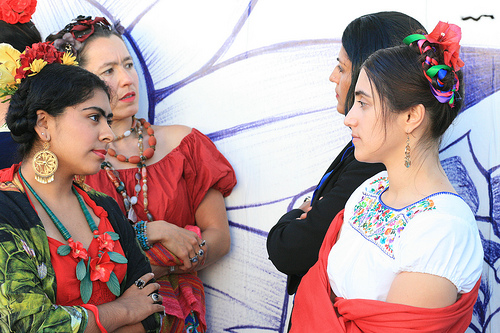 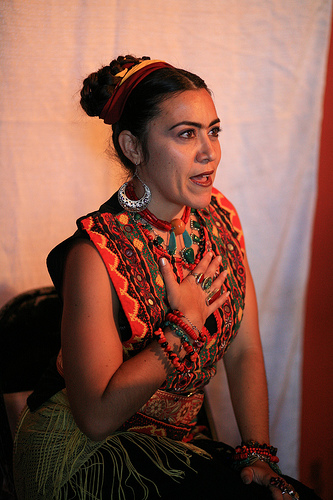 Megan Brian described the audition: “At 5:30pm the doors of the Galeria opened and Fridas came streaming in. The diversity of Fridas was clear: all ages, races and genders seem to identify with her. Applicants ranged from a child welfare worker to artists. One applicant who came in drag said the motivation to dress up as Frida is that she is “fierce and ruling!” Others noted her as role model: a strong woman who embodied a passion for life mixed with pain, love and a sense of urgency. One applicant wrote that she was here “because we are all Frida”; another simply signed her application form with a kiss. René Yañez said he was not looking for person who looks just like Frida, but rather a Frida that emanates a feeling and captures peoples’ hearts.

After about an hour of portrait-taking and auditionee interviews, Nidhi Singh took the stage. Singh (with self-described inner “techno-global-India Frida that needs to be expressed,” performed first as traditional Frida, in iconic garb, delivering witticisms to the crowd. Then she removed her flowing skirt and added a blazer, proceeding to cut off her long black hair by the fistful, all the while staring straight at the audience with a challenging look in her eyes.” (Flickr sequence of the whole performance here.)

And, wow. Violeta Luna’s Embedded Frida? Aimee Friberg (who took all the photos you see here) adjectivized her best: a tantalizing, suffering/pleasuring Frida, embedded and processional through the streets of the Mission. Four performance stops, each more fantastic than the last: 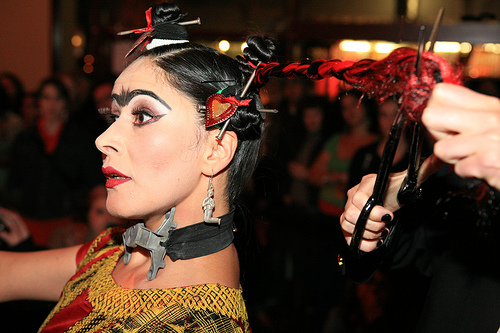 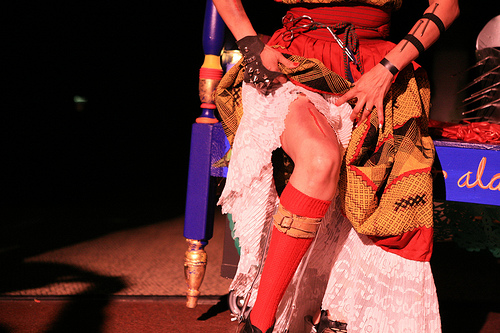 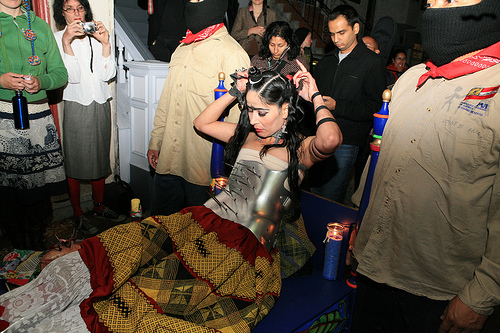 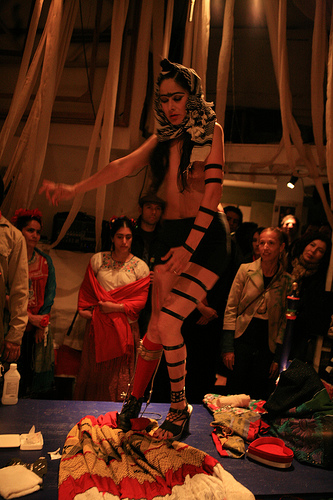 The crowds? Everywhere along the way, it was like this: 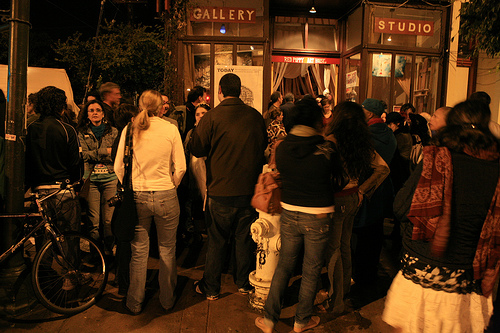 And then there was the whole Tony-Labat-in-the-back-of-the-Rolls situation: 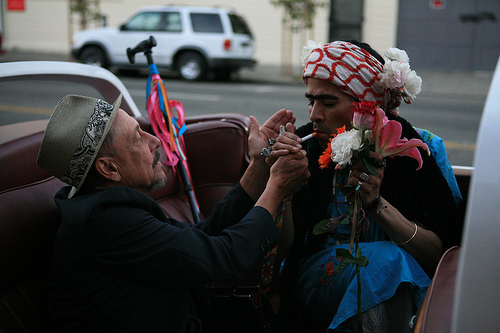 Congratulations, and thanks, to the MAPP, Violeta, Rene, Tony, Frank, the Red Poppy Art House, and all the many Fridas and artists and onlookers along the way.