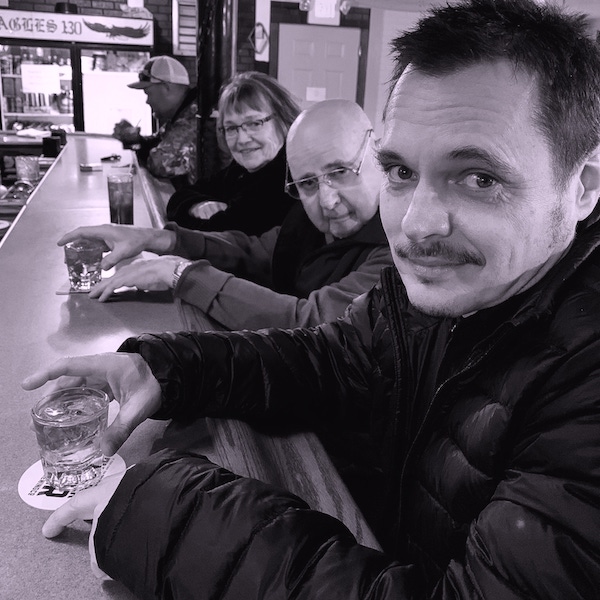 Trevor Dunn was born in 1968 behind the Redwood Curtain in The Emerald Triangle traversing a fine line between hippies and rednecks. His first instrument was the clarinet and he began to focus on the electric bass at 13. Four years later he co-founded the avant-rock band Mr. Bungle. In 1990 he received a BA in music from Humboldt State where he performed Koussevitsky’s Concerto for Double Bass with the HSO. In 2001 he was commissioned by the Elaine Kaufman Cultural Center to write “Depaysemant” for prepared solo contrabass, performed later that year at Merkin Hall, Lincoln Center, NYC. Dunn has lived in Brooklyn, NY since 2000 and can be heard on over 150 recordings including original film music (Four Films) an original rock band (MadLove) and a recent collection of chamber music on Tzadik records (Nocturnes) featuring a string quartet and solo piano pieces. He can be heard with John Zorn, The Melvins, Endangered Blood, Nels Cline Singers, Tomahawk, etc. Published writings include articles about doing laundry, bass technique, and life on the road. Dunn is currently writing for his trio-convulsant, making paper collages and mix-tapes, wearing a mask, and looking for a label for his duo SpermChurch with Dutch-Indonesian electronic musician Sannety.

Photo: Author on his 51st birthday with his parents at the Eagles Lodge, Eureka, CA.