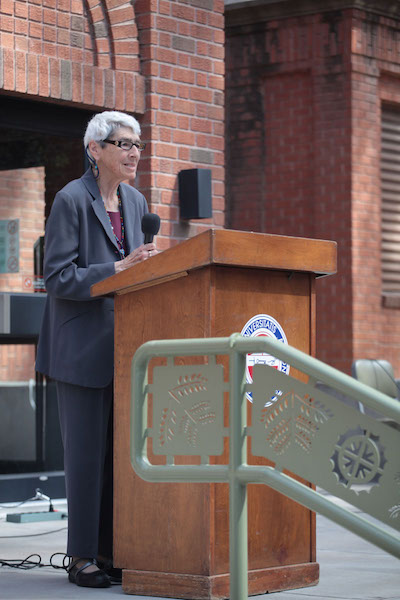 Liz Kennedy received her Ph. D in social anthropology from the University of Cambridge in England in 1972. Her dissertation was based on two years research with the Wounaan, an Indigenous people living in the Choco rainforest, Colombia. She also co-directed, with her former husband, Perry Kennedy, a film trilogy on the social life of the Wounaan. She was deeply affected by movements to end the Vietnam War and imperialism in Latin America and then by women’s liberation. Her first job was in American Studies at SUNY/Buffalo; its interdisciplinary focus allowed her to bring together her academic and social justice interests, something she pursued for the rest of her career. Realizing that her research might be used against Indigenous people by those who wanted their land, she stopped this work and directed her scholarship toward developing the fields of women’s studies and lesbian history. Her numerous publications include the path-breaking book, Boots of Leather, Slippers of Gold: The History of a Lesbian Community (with Madeline Davis).

In 1998 she was recruited to become head of the Women’s Studies Department at the University of Arizona, giving her another opportunity to create a permanent place for intellectual work that is not only feminist, but also anti-racist and anti-homophobic. At the same time she returned to her original research with the Wounaan, creating a collaborative research project where the Wounaan established the goals, thereby challenging traditional colonial models of research.

At 81, just as throughout her life, her biggest challenge is to find the time to do all the things she would like, except now she also needs to find the energy: for research and writing, for spending time chatting with family and friends, for walking in beautiful places, for eating good food, for fighting for peace with justice, for learning from her service dog, Marvin, and for relaxing with her beloved Bobbi, her partner for almost forty-five years.

Insist, Persist, Resist: An Invitation to Action for Women’s Liberation 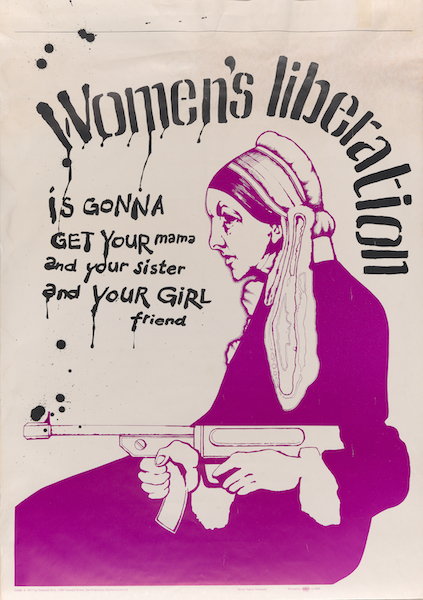