My Letter of Atten(dance), or, Letters to Keith's de(composition), or, A Faggot Reads a Room 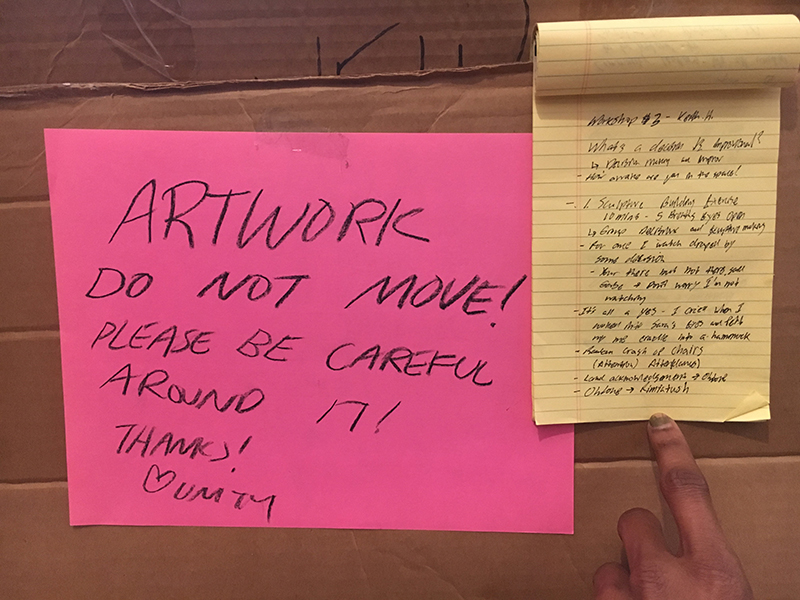 In response to Session 3, March 19

+ (Hold these words)
“Uncertainty is where we need to begin, because experimentation and curiosity is part of what has been stolen from us.” —Joyful Militancy, carla bergman and Nick Montgomery

“What if joy (as the process of becoming more capable) was seen as fundamental to undoing Empire? What would it mean to be militant about joy? What is militancy when it is infused with creativity and love?” —Joyful Militancy, carla bergman and Nick Montgomery

“For Spinoza, the whole point of life is to become capable of new thing, with others.” —Joyful Militancy, carla bergman and Nick Montgomery
+ (Hold these words)

My favorite part of Sarah Cargill’s piece is:

“I was eager to explore the textures of my autonomy and to honor the self-determination of others. The body is an entry point for decolonial praxis.”

How awake are we in the space?

Here is a moment of being awake:

I was writing in my notes and G came by my side.
I glanced at them, acting as a “critic,” and said ironically
“You’re there, but not there.”
Trying to hold on to my objectivity, knowing the delusion of this.

I wrote a poem for this moment:

and for once I watched draped by some decision
that it is all a yes to the thing we moved toward.

I watered when I looked into the softness of S’s eyes
and felt my “me” cradle into a ham-shaped rock.

and then a random crash of chairs
when we felt the intention of the room.

Let it hang in the space.

Is it: Performative Homelessness or A Dissolving Sculpture or Community Building or The Poetics of Collapse or Structures for Liberation?

What’s in a costume after the change of state? 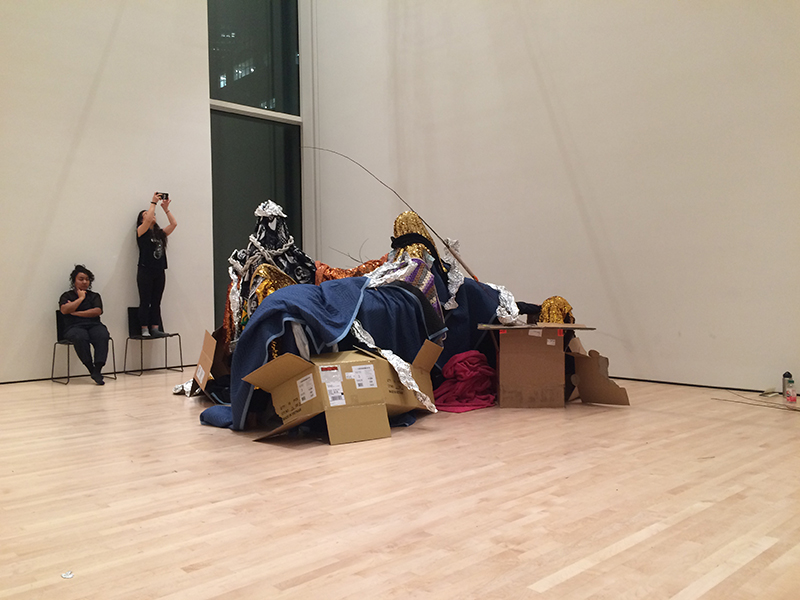 Introduce your sweat to the land.
Let the ancestors know you are there and you can feel them.

I’ve fallen in love with your work but you’re a cis white man what are we to do?
Does your whiteness overdetermine your work or does my taking note of this help extinguish its oppressive powers? Let’s not play with that troubling thought at this moment.

I like that you own the pagan-ness of it all. Without romanticism and without cynicism.

Some of the exercises made me uncomfortable and I’m ok with that. I think we can work it out. I like being uncomfortable sometimes. Thank you.

This made me brave.

I found a fierce playfulness.

We can’t change the world but I know I can change a room of forty ppl.

R and S Dance.
Salud —  “this space is too clean, make a mess it’s too white” S says
I agree quietly within myself and smile
TURN UP
Into the foil that wraps their light-covered bodies
Fall out of virtuosity J tells me last year
I am against the virtuosity of the Black/brown mover

Why do white ppl always seem to make broken things? 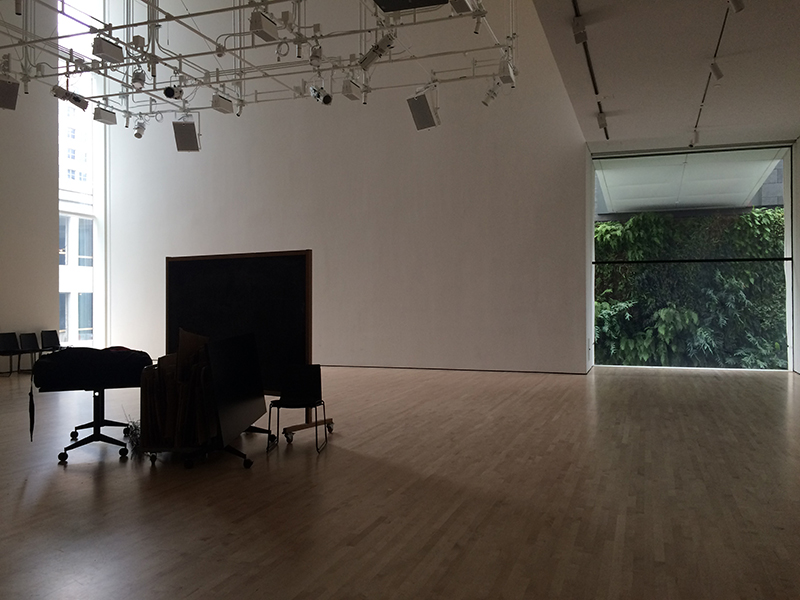 There was a whyt womxn who said they wanted/were in the process of starting a new religion with a website. I looked at them and nodded with faint acknowledgement. I talked with R about it on the BART to Oakland. We don’t need that. But I’m happy she felt safe enough to say such an idiotic thing out loud.

Here’s an impression from C:

“It was refreshing to see a white artist openly reckon with racialized histories of San Francisco, especially as it relates to Native and African-American communities, and I feel that I learned many new things about the Bay. However, as one of only four Black people in the room and one of the few poc (it was a mostly white audience) I did notice that that audience didn’t necessarily reflect the diverse histories he was bringing in the room, and I sometimes questioned who the lecture was performed for.”

The workshop was painfully white, but not bc of you. Bc the history of this estuary that is “the Bay” exceeds you in ways you can’t control.

I must confess that I took one of your zines; I didn’t pay for it. Can we call it reparations? I feel “bad” but in the good way. Thank you for your labor. It’s one of the best zines I’ve read this year.

Because of Kanyon Coyote Woman Sayers-Roods (Mutsun-Ohlone, California Native), I will honor this land as best I can. I will speak of the language of the land Ramaytush (SF) and Chochenyo (Oakland).

I will give this land and its people access to an audience.

I now know that the plants and animals are the first peoples of this land.
They are the Elders and Ancestors.

The state is a network of social relations and I am a settler, but my relationship to this land is complicated.

I do have shame but It is mixed with rage, fatigue, and wonder.

There is no empty studio space — space has an ideological presence.

My favorite line from John Wilkins’ piece is:

Since I lived and did not die, I will honor… every bit of strength that was given to me with joyful militancy.