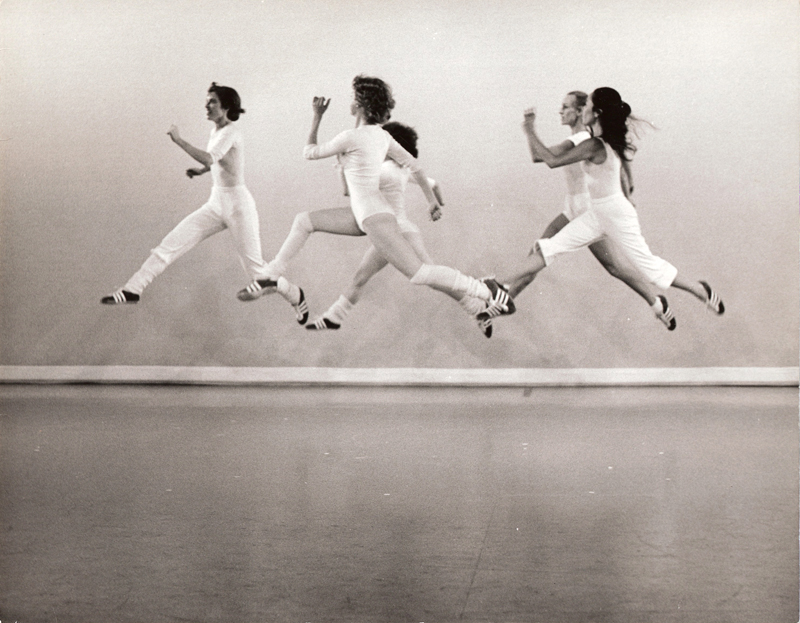 What does a dance lineage look like? I’ve often wanted to make a map tracing who mentored and influenced and studied with whom, to make some sense of the present — not to impose order on dance history, but to do justice to its sprawl. Where do generations begin and end? What little-known links connect them? How does one movement become another? Maybe the map would illuminate stories we hadn’t seen.

When asked to write about “performance lineages,” I thought first about those taught in undergraduate introductions to dance history, or at least the one I took as a college junior: Western Theatrical Dance. (For everything else, there was World Dance History.) Denishawn, Graham, Cunningham, Judson. Modern dance reacting to ballet, postmodern dance to modern. Each rejecting what came before, making a clean break with the past.

“The history of modern dance is rapidly cyclical: revolution and institution, revolution and institution,” wrote the dance scholar Sally Banes in her 1979 book Terpsichore in Sneakers: Post-Modern Dance, differentiating it from the more conservative history of classical ballet. “Every slight shift in technique or theory from teacher to student came to mean not further refinement but further revolt.” In one of the courses I now teach, at the same college, I share these quotes with my students as starting points for considering how and why dance changes over time.

But if this narrative holds up for American modern dance (and I’m not sure it does), it starts to break down around 1962, the year of the first concert of dance at Judson Memorial Church: that great rupture, that great “No” to a legacy of spectacle, glamor, and so on, marking the birth of an ethos by which anyone could be a dancer and any movement could be dance. After that, it seems to me, revolutions and institutions become more muddled, less discrete. “There was new ground to be broken, and we were standing on it,” said Yvonne Rainer, founding member of Judson Dance Theater and author of the “No Manifesto” (1965), who, if she were reading this, would probably be disgruntled to see it dredged up once again. (In her 2006 autobiography, she laments the degree to which critics latched onto the manifesto, held her to it. She wrote a lesser-known revision, “A Manifesto Reconsidered,” in 2008.) We came to call that broken ground postmodern dance. But then what? So much has come up through the cracks, but it’s not as easy to name. And the broken ground, revered though it may be, is at this point well-worn terrain.

To my own disappointment, I often fall back on the term “contemporary dance” to describe — or really to label — the work I see, when it’s work being made more or less now. It’s so imprecise as to mean almost nothing; but maybe that’s why I use it.

“It’s sufficiently vague that I’m not offended,” said Brenda Way, founder and artistic director of the San Francisco company ODC/Dance, when I asked her recently if she felt the term applied to her work. She said that she preferred “contemporary dance” over “modern dance,” which “connotes a kind of limited expressivity, in a way that doesn’t characterize what’s going on right now.” 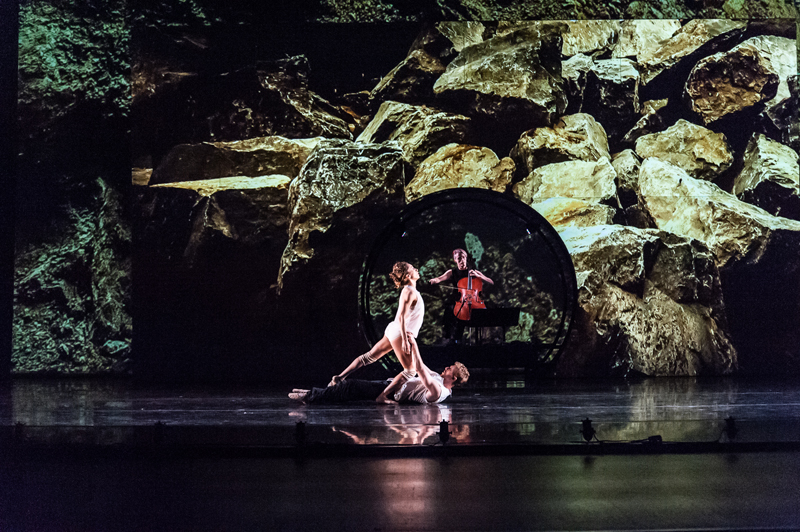 I had recently seen Way’s robust boulders and bones, choreographed with her co-director KT Nelson, at the Brooklyn Academy of Music, and was impressed by the dancers’ resilient strength, channeled into propulsive partnering that demanded (and displayed) equal power from women and men. In my New York Times review, I called them “the 46-year-old modern dance company from San Francisco.”

I wouldn’t think of ODC as a direct descendent of Judson, but Way said that as a young artist emerging from years of ballet training (at the School of American Ballet under George Balanchine), she was heavily influenced by the collective and its embrace of quotidian movement. She founded ODC — originally Oberlin Dance Collective — in 1971 while on faculty at Oberlin College. “Everybody danced everywhere,” she recalled of the campus in those days. It was at her invitation that Grand Union, the post-Judson improvisation group instigated by Rainer, came to Oberlin for a residency, leading to Steve Paxton’s early experiments with the now globally practiced form of contact improvisation.

More than fifty years after Judson, are pointed feet and high kicks any less rebellious than walking and calling it dance? As ODC evolved, it became “extremely pluralistic, inclusive rather than doctrinaire,” Way said. “I think the inclusion of virtuosic dance was another breakaway position, a reaffirmation of the body in a different way.”

When it comes to surviving from one generation to the next, dance has a lot working against it. No sheet music, no scripts, “no paintings to show on walls and maybe hang in museums,” as Merce Cunningham put it (another quote I share with my students). Sure, there are notation systems — none widely used, as far as I know — and video. But there’s no substitute for one person teaching another in the flesh.

And what if, on top of that, you’re not allowed to dance? In a recent evening curated by the Native Alaskan choreographer Emily Johnson at Gibney Dance in Lower Manhattan, Mike Dangeli and Dr. Mique’l Dangeli, married Indigenous artists from southeastern Alaska and British Columbia, spoke about the outlawing of their families’ song and dance practices under a Canadian law known as the potlatch ban, which was in effect from 1884 to 1951. In one of several vignettes that commented on the fragility and tenacity of language — spoken, sung, danced — Mike told the story of a joyous song disguised as a funeral dirge to ensure its preservation. But preserving dances was more difficult. 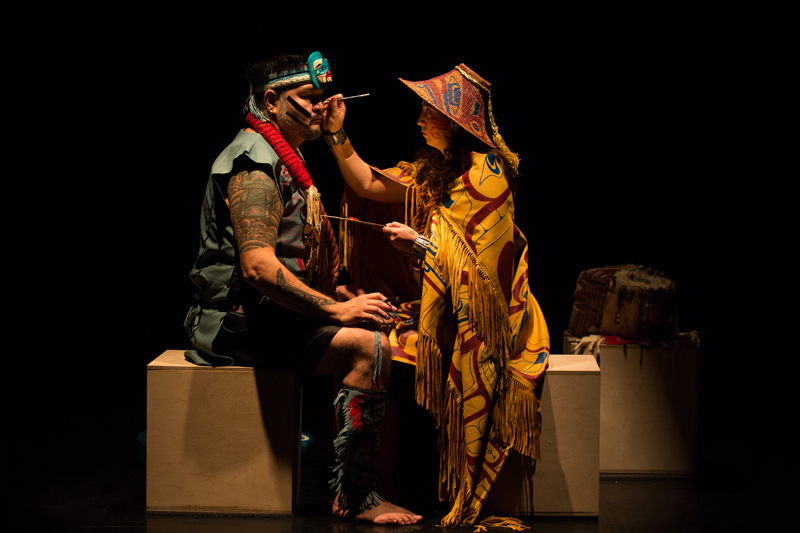 “Songs have a way of transferring knowledge generationally by being used for other purposes,” Mique’l said when they spoke with me via FaceTime from their Northwest Coast home. “Where does dance go in the body when you can’t pass it on? How do you maintain that knowledge?”

In a post-show conversation with Maria Hupfield — a Brooklyn-based artist from Wasauksing First Nation, Ontario, who presented an improvisational work that I might have called “contemporary” — the emptiness of such categories came up. (Johnson, who was moderating, amicably prohibited the use of the words “traditional” and “contemporary,” to encourage more nuanced discussion.) As Mique’l wrote in the publication Dance Central in 2016, “Because we are in our regalia and ceremonial clothing doesn’t mean that what we are performing is ancient. We are continuing the ways of our ancestors by writing our lived history into songs and dances for future generations to embody.”

Dance is as vulnerable as the body, susceptible to forces less calculated than the law. In 1997, while living in South Africa and dancing for PACT Ballet, the Australian dancer and choreographer Marc Brew survived a car accident that left him paralyzed from the chest down. When he told the story recently by phone from Oakland, where he now works as the artistic director of the thirty-year-old AXIS Dance Company, he said that after rehabilitation, having chosen to keep dancing, he saw no obvious path to follow — at least not in Australia. 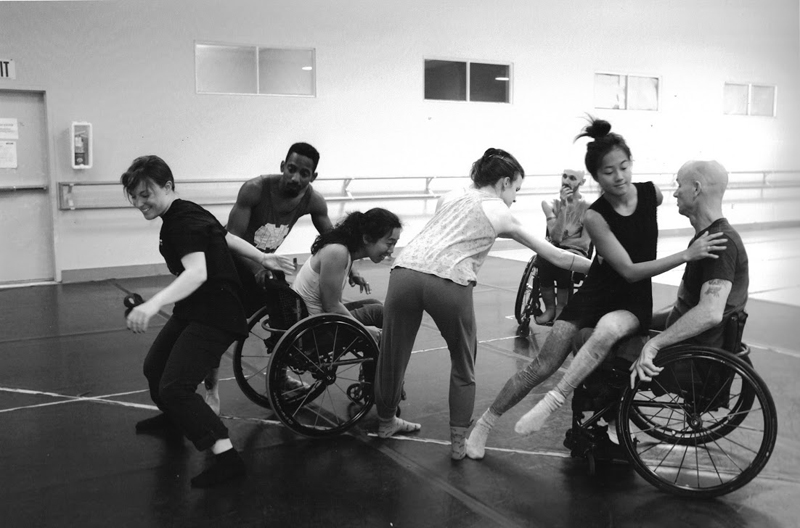 “I was sort of the lone crusader trying to knock on doors,” he recalled. “I was lucky that I still had a dance community there, but they didn’t really know what to do with me, because they never had anyone as a dancer using a [wheel]chair before.”

Brew moved to New York and danced with Kitty Lunn, the founder of Infinity Dance Theater, which, like AXIS, includes dancers with and without disabilities. He spent time in London as a member of another integrated company, Candoco, then became the associate director of Scottish Dance Theatre, before joining AXIS in 2017. In June he’ll facilitate the troupe’s first choreographic lab for disabled dance-makers — a lineage extended. Watching the company last fall (also at Gibney) in his daringly athletic, heart-on-sleeve work Radical Impact, I wondered how the dancers had arrived at where they were, envisioned their trails on that imaginary map.

Studying the history of dance is so time- and labor-intensive. Compared with more thoroughly documented, accessible, archived, tangible, reproducible arts, dance is harder to chronicle, easier to forget, to erase, to coopt, to oversimplify — even more so when it doesn’t fit neatly into white, Western, ableist narratives. To try to pin it down is to chase ghosts. But there’s power, too, in impossibility and impermanence, in a capacity to circumvent the archive and the market, remaining unfixed. The map would be tangled, incomplete. The lines would never stop shifting.