The Finalists for SFMOMA’s Expansion Project Have Been Announced.

SFMOMA has selected architecture firms Adjaye Associates, Diller Scofidio + Renfro, Foster + Partners, and Snøhetta as finalists in our upcoming expansion project. Normally I leave this kind of announcement safely in the hands of the PR dept, but this kind of thing is my personal obsession, so I include details about each of the four candidate firms & pictures of some of their projects below. Official announcement and info on the expansion is here. 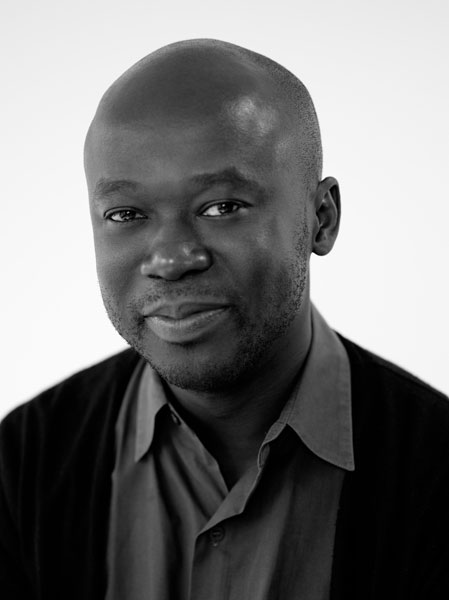 David Adjaye is recognized as one of the leading architects of his generation in the U.K. Adjaye formed a partnership in 1994 and quickly developed a reputation as an architect with an artist’s sensibility and vision. His use of materials, bespoke design, and ability to sculpt and showcase light have engendered high regard from both the architectural community and the wider public. His projects have been diverse in scale, audience, and geography, and have ranged from collaborations with artists including Chris Ofili and Olafur Eliasson to exhibition design and temporary pavilions, as well as private homes. More recently, he has completed major arts centers and important public buildings that demonstrate his considered approach to understanding the needs of the constituency served by each building and a respect for integration with their existing locale.

His current projects include the Smithsonian Institution’s National Museum of African American History and Culture in Washington, DC; a cultural center for the city of Lisbon; and the rebuilding of the old city of Doha, Qatar. Recently completed projects include The Museum of Contemporary Art, Denver, his first public building in the U.S.; Idea Store Whitechapel, London; the Nobel Peace Center, Oslo; and the Bernie Grant Arts Center, London. The first Louis Khan visiting professor at the University of Pennsylvania, Adjaye has also served as the Kenzo Tange Professor in Architecture at Harvard’s Graduate School of Design. Adjaye is currently visiting professor at Princeton University and the Barcelona Institute of Architecture. 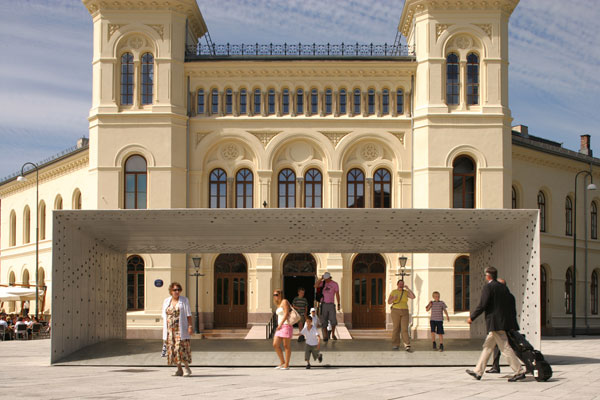 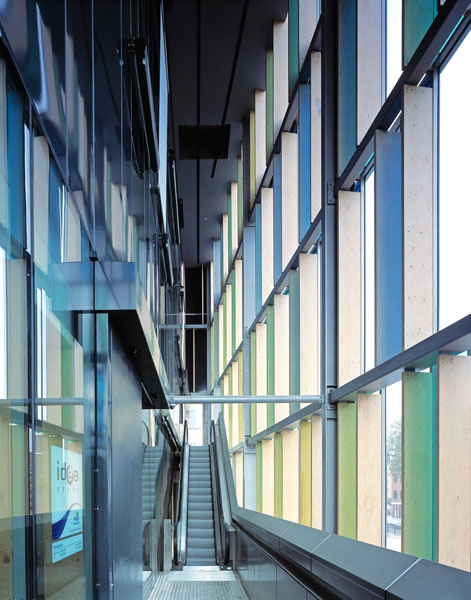 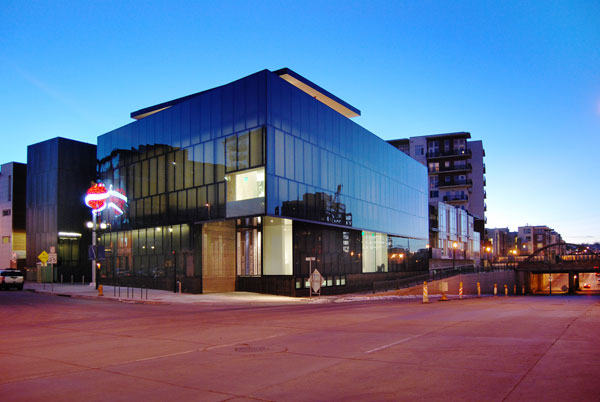 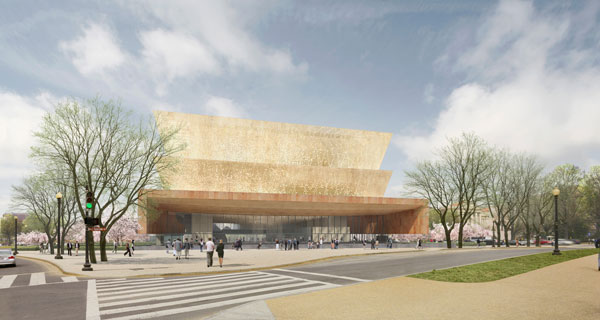 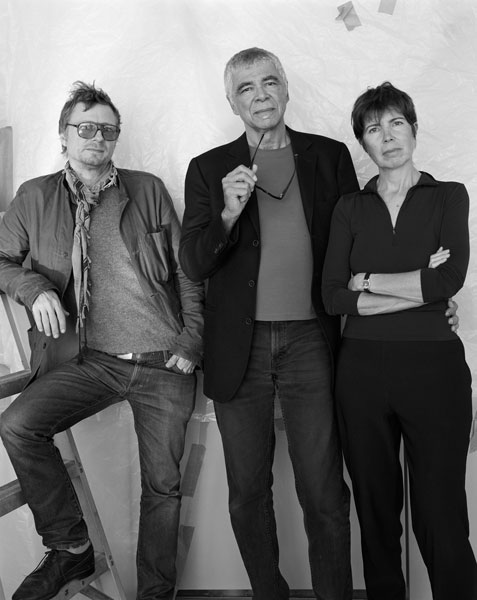 Diller Scofidio + Renfro (DS+R) integrates architecture, the visual arts, and the performing arts. The interdisciplinary design studio was founded in New York City by Elizabeth Diller and Ricardo Scofidio; Charles Renfro was made a partner in 2004. Diller and Scofidio are recipients of the MacArthur Foundation “genius” award, which recognized their commitment to integrating architecture with issues of contemporary culture. They were recently made fellows of the Royal Institute of British Architects and were inducted into the American Academy of Arts and Sciences in 2008. For their contribution to art and design, Diller and Scofidio were named among TIME magazine’s hundred most influential people of 2009.

DS+R recently completed the redesign of Alice Tully Hall and the renovation and expansion of The Juilliard School, both part of the firm’s ongoing work for Lincoln Center for the Performing Arts. Phase 1 construction of the High Line, an urban park situated on an obsolete elevated railway stretching 1.5 miles long through New York City, was completed in 2009; phase 2 is currently underway. In 2006 DS+R completed the Institute of Contemporary Art, the first new museum to be built in Boston in a hundred years. Blur Building, a pavilion of fog and mist commissioned by the Swiss Expo, was completed in 2002. The Guardian named Blur as one of the top 10 buildings of the decade, while The New York Times, Los Angeles Times, and The New Yorker named Alice Tully Hall and the High Line among the most culturally significant projects of last year. In 2003 the Whitney Museum of American Art held a retrospective of the studio’s work. 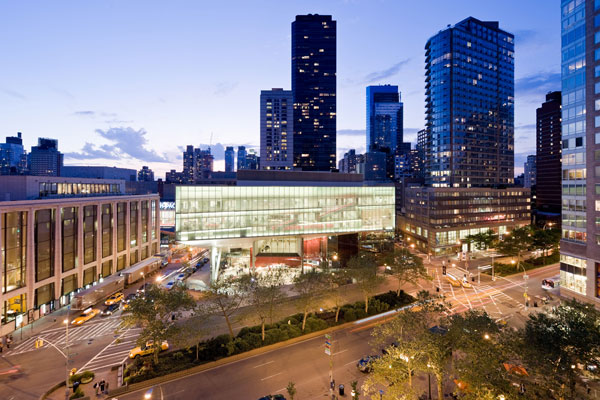 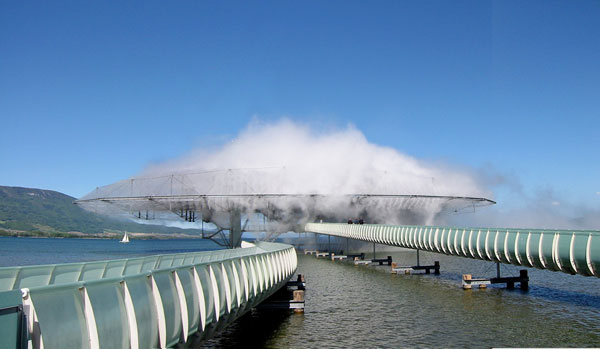 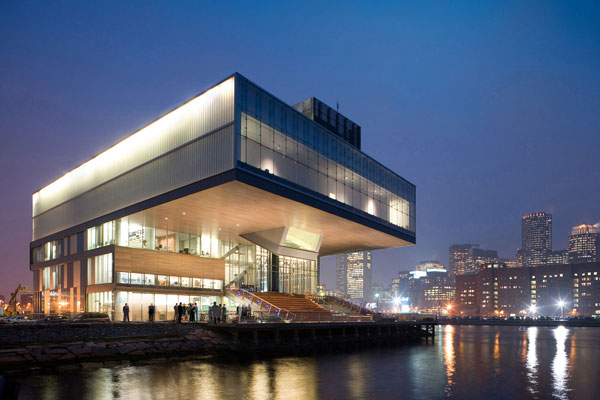 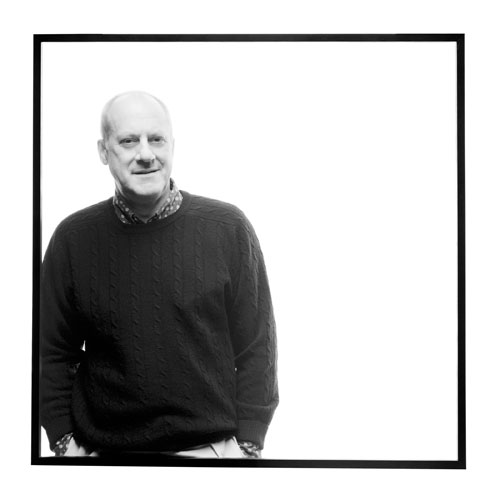 Founded by architect Norman Foster, Foster + Partners is an international practice based in London with project offices in more than 20 countries. The firm is known for its work on such projects as the Great Court of the British Museum in London, Beijing International Airport (the largest building in the world), the new German Parliament, the Reichstag in Berlin, and the new Hearst Headquarters in New York, the city’s first Gold LEED®–certified commercial tower. Other cultural projects include the competition-winning design for the Robert and Arlene Kogod Courtyard at the Smithsonian Institution’s National Portrait Gallery, Washington, DC; Winspear Opera House, Dallas; the Sackler Galleries at the Royal Academy of Arts, London; the Sainsbury Centre for Visual Arts; the Musée Carré d’Art, Nîmes; and the Museum of Fine Arts, Boston expansion.

Foster + Partners has received 560 awards and citations for architectural excellence and has won more than 100 international and national competitions. Lord Foster has been the recipient of the Pritzker Architecture Prize (1999), the Praemium Imperiale Award for Architecture (2002), the American Institute of Architects Gold Medal for Architecture (1991), and the Royal Institute of British Architects Royal Gold Medal (1983), among many other honors. In 1990 he was granted a Knighthood in the Queen’s Birthday Honours and in 1999 was honored with a Life Peerage, becoming Lord Foster of Thames Bank. 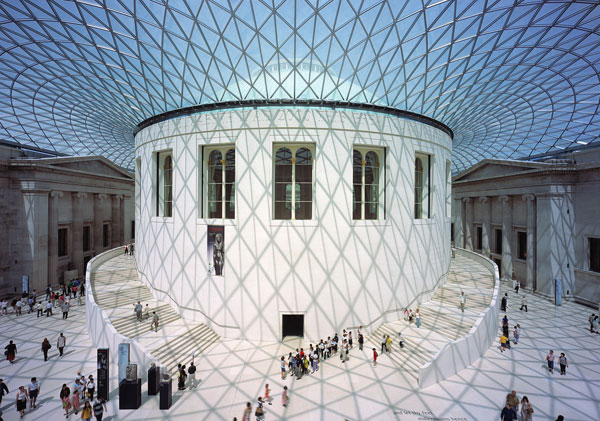 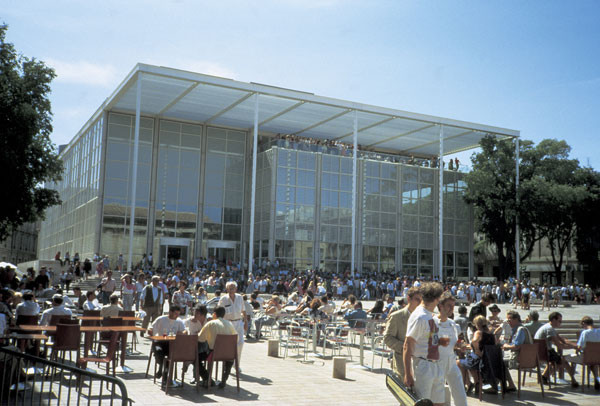 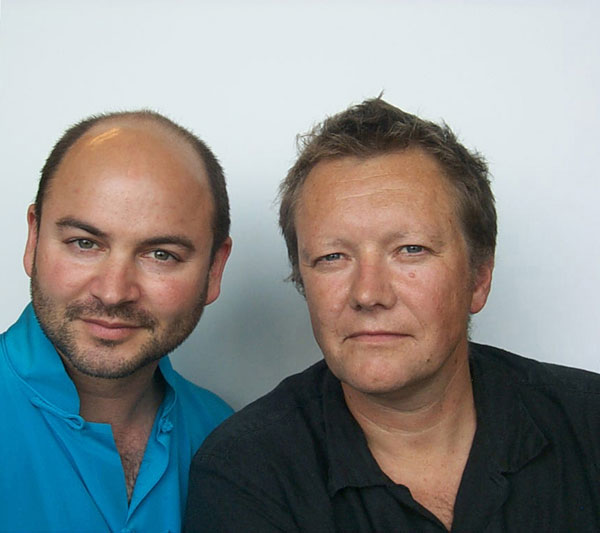 Snøhetta is an international architecture, landscape architecture, and interior design firm based in Oslo, Norway, and New York City. The practice is centered on a transdisciplinary approach where multiple professions work together to explore differing perspectives on the conditions for each project undertaken. A respect for diverse backgrounds and cultures is a key feature of the practice; reflecting this value, Snøhetta is composed of designers and staff from around the world.

The company has completed some of the world’s most recognized cultural projects, including the revival of the Great Library of Alexandria in Egypt, which includes several museums; the new National Opera and Ballet, Oslo, Norway; the Lillehammer Art Museum, built for the Winter Olympics in Norway; and the National September 11 Memorial and Museum at the World Trade Center site, New York (currently under construction). Current projects include the Wolfe Center for the Arts at Bowling Green State University, Ohio; the Hunt Library and Institute for Emerging Issues, North Carolina; and the Mutrah Fish Market in Muscat. In 2004 the company received the Aga Khan Award for Architecture, and in 2009 it was honored with the Mies van der Rohe Award. Snøhetta is the only company to have twice won the World Architecture Award for best cultural building (2005 and 2009). 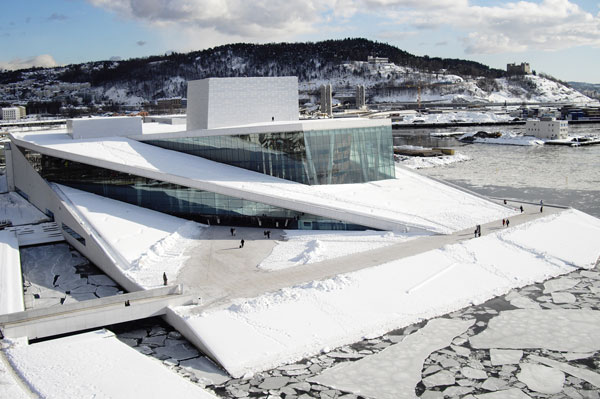 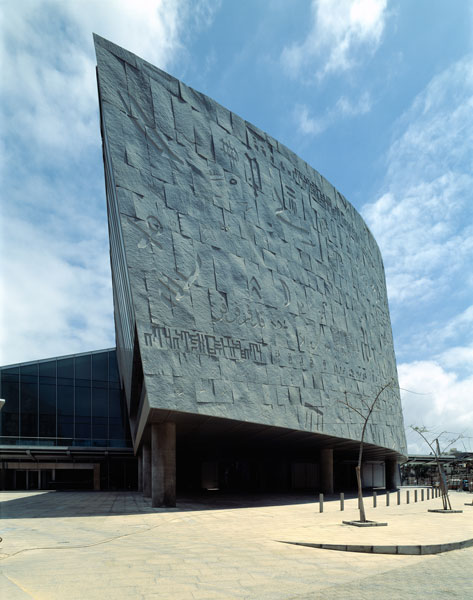 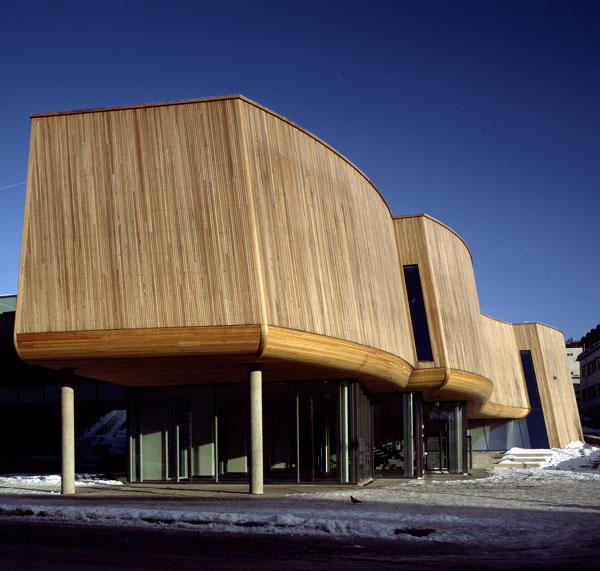 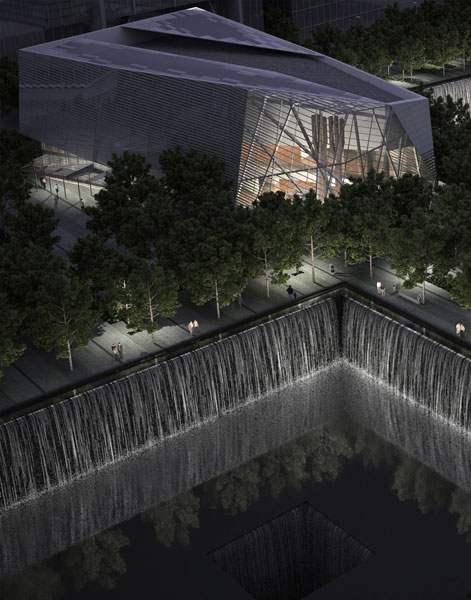 As point of reference, of course, don’t forget what the kid looks like now: 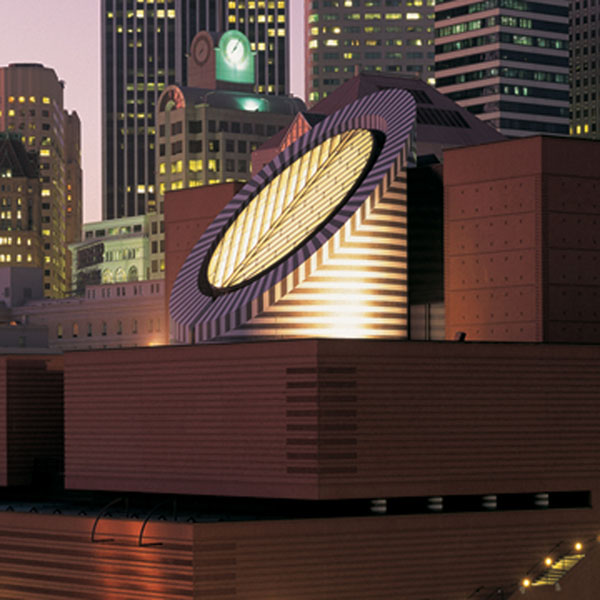