The Book of Drafts (Part 6) 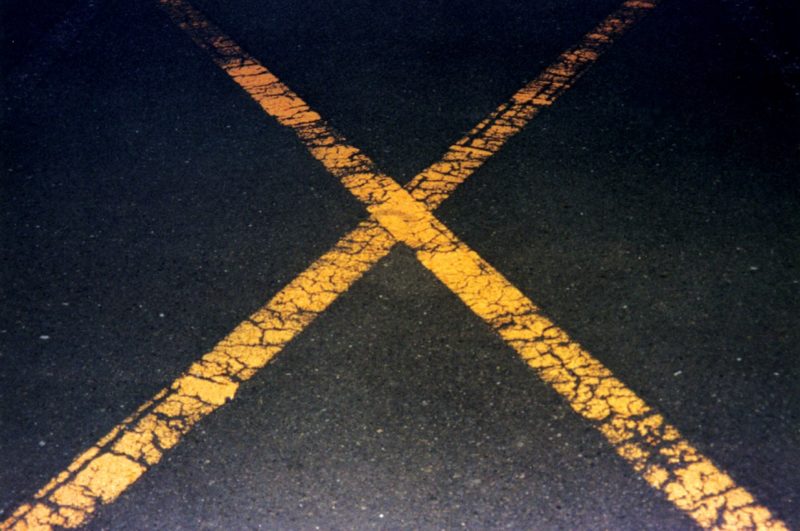 Anna wakes up. She hasn’t slept much and feels the exhaustion in her bones. For the past few weeks, she has found it difficult to fall asleep and to remain asleep. She gets up, showers and puts on a fresh change of clothes. It is very early in the morning. Much of the city is still engulfed in darkness. The birds are still asleep. She closes the door to her flat behind her, and locks it, as quietly as possible as to not awaken her Terence, her husband, who is asleep and has no problems staying asleep.

She flags down a bus, and boards. It is the first bus to arrive and since she has no apparent destination in mind, it seems appropriate to catch the first one that comes along. She sits and looks out of the window, at the sky slowly turning from black to a dark shade of blue. She hasn’t left Singapore for a little more than a year.

Her childhood was scarred by having to drag herself out of bed at five in the morning, get on a school bus by six and report to school by seven. Because of this, she has always despised early mornings and state institutions. She never understood why school had to start at such an ungodly hour. Only when she was much older did she realized that it was a solution designed by the Ministry of Education to double the capacity of students at a single school by running two shifts; one that began at seven and the other at one in the afternoon.

Traveling on Bus 57 has always comforted Anna. She likes traveling down Depot Road, where she has been living for more than ten years. It is one of the most beautiful roads in Singapore, with large, decades old rain trees lined on both sides. She likes looking out of the window, watching the tree canopies blend into a single cacophony of leaves and sky.

The bus turns left and onto Alexandra Road. Traffic is very thin at this time of the day, even on an artery like Alexandra. The mynahs are starting to wake. She hears the beginnings of their ceaseless chatters. A yellow Lamborghini speeds down the road. She flinches at the monstrous noise; that relentless soundtrack of hyper-capitalism, an entity that never sleeps.

She is now passing the clusters of British colonial buildings within Gillman Barracks, currently inhabited by contemporary art galleries. She looks at these buildings and feels a deep pain at the recent closure of NTU Center for Contemporary Art, a site of exhibitions and personal engagement that she has immersed herself in for the past eight years. She feels as if something important has been taken from her, something that had been helping her grow. And now, nothing.

Anna sinks into a deep melancholia. She begins to remember the people she has conveniently forgotten over the years. The ones who have hurt her immensely. She knows that she’ll never be able to forgive them, and this thought hurts her even more. So many over the years. She wonders if it was her fault, or theirs. Probably the both, she says, softly, under her sigh. She often dreams about them. And in those dreams, they are still talking, and laughing. She has always craved to be a part of a community, but it has never happened. She has always found herself, alone, in her flat, writing.

We are now very close to the Singapore Strait, a body of water that separates the island from the numerous islands of Indonesia. If you swim long enough off the coast in a single straight line, and head east, across the Pacific, you will eventually reach the west coast of the Americas. Eventually. The bus turns left and heads down West Coast Highway, just across from Labrador Park MRT Station. Anna can almost smell the sea in her head.

The sea often reminds her of a work made by Aurélien Froment, entitled Pulmo Marina and shot at the Monterey Bay Aquarium. Anna once found herself staring at this mesmerizing film depicting a pale yellow jellyfish set against a vibrant Yves Klein blue. She encountered this work in Descriptive Acts, an SFMOMA group exhibition, in May 2012; the one and only time she was ever in San Francisco. 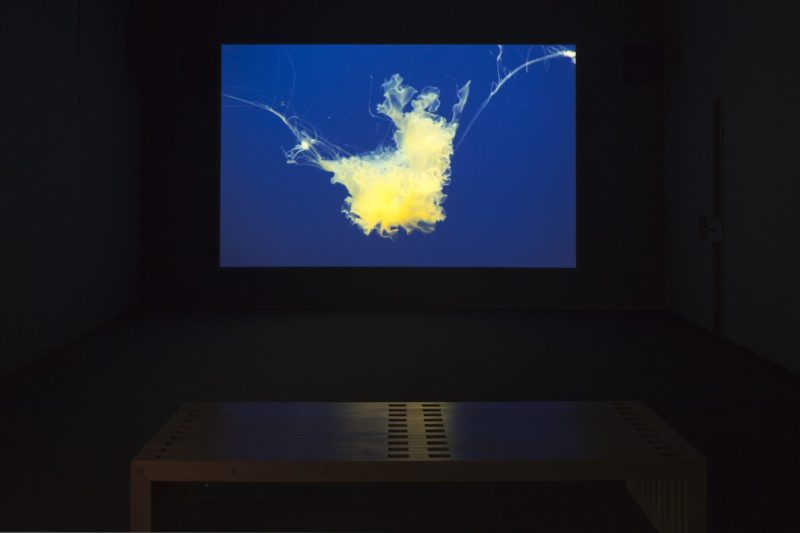 A voice resembling a computer voice narrates over the film. It explains that the jellyfish has no head, brain nor bones, but is made up of a gelatinous substance and floats quietly in water. The voice goes on to relate a folk story about how it used to be a fish who saved a monkey whose liver was supposed to be meant to save a dying queen. Her king was so upset that he beat the fish to a pulp until it was a mere blob of jelly, just like how we see it today.

Anna wonders what it would be like to have no head, brain nor bones. How it would feel to drift in the Pacific Ocean without ever having a destination. She is surrounded by individuals on their way somewhere, probably low-wage workers with an early shift to clean a shopping mall. She looks at them, heads nodding, half asleep, their exhaustion permeating the air. She is disgusted by her own privilege, riding a bus at 6 in the morning, just to get some air.

She remembers very little of her time in San Francisco. She often feels misplaced no matter where she is. She remembers sitting in a small room inside a bookshop with another writer, navigating a book launch, talking listlessly, aimlessly about Asia, why Singapore isn’t part of the Global South because it is immensely rich, why artists from Singapore almost, always, giving up, heads in the audience nodding, bobbing in agreement, waiting for a cheap laugh, catching herself staring at her own bio, Anna Oo is a writer based in Singapore. She is the author of Housing and Development (2008), a novel that thinks about middle class habitats. She wanted to walk out of that room, so so much. This is the part of being a writer she despises the most. Being asked questions that she has no answers for, nor have anything to do with her work. That obligation to entertain someone by giving a polite answer that deflects. She clenches her teeth as she remembers.

She began working on a short story while she was in San Francisco. She never saw much of the city. She was stuck in her head, writing and eating at the same diner, fueled by coffee and jetlag.

Time passes. 72,9847 images exchanged over WhatsApp. Documents exporting as PDFs. 9,620,819 Google searches for San Francisco since they last spoke. Cat videos. A short story as an act of forgetting. Jellyfish eat other jellyfish. Human beings kill other human beings but not for food. Billions of stars in the known universe. Doubt in my mind. Books cluttered next to a bed. 4,680 km walked in a year. Changes that I’ve been through. The poor and the rich. A library on fire. No more words. Airports and passports. Amnesia. More, and more. The bowels of a building. Reconstructions. Upgrades. Big swashes of data. Inaccessible locations. Re-photographing a photograph. Unclaimed baggage. Everyday. Unknown victims. Discontinued magazines. Characters in this story sharing a recurring dream. A group of twenty travelers on bicycles moving closer and closer to Asia. Caravans, camels, deserts, lakes, winters. Re-visitations. Notes. Refusals. Eye in the sky. Infinite space. Unafraid. Peculiar ways. Considerations. Constellations. A moon. Gazing into the future. Secret policing. Consulting the stars. Storage Space. Sehnsucht. Walking in the rain. Invisibility. Iridescence. Red light districts. Highs and lows. The unknowing. Dark Matter.

These words never came together to form a short story — as with many of her words.

The night is almost breaking into dawn. When it happens in a place as close to the equator as Singapore, it feels as if someone walked into a room and flipped a switch, and the entire room goes bright. She has so many thoughts in her head, all firing at once, and sometimes, all she wants is a switch on her wrist to turn it all off.

She is reading an entry in Wikipedia on her phone. Bus 57 travels along a meandering long route totaling 22.1 km from Bukit Merah Central all the way to Bishan Interchange. It is operated by either a Mercedes-Benz Citaro or a Scania K230UB. Both are single levelled vehicles, and air-conditioned to provide a comfortable ride for the passengers in the equatorial heat. It is a relatively new bus route that was introduced in 2005 to serve as a connecting ride to many MRT stations including Labrador Park, Esplanade, and Rochor.

She presses a button and alights at the next stop.

She is walking toward the sea.