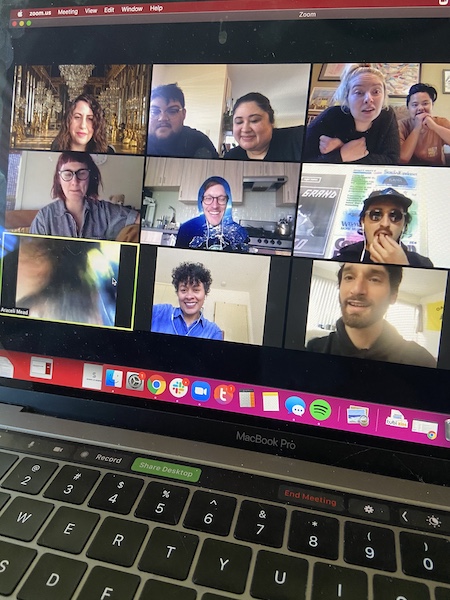 All photos by Martin Oropeza.

March of 2020 was wanting to make sure my people were all safe. Ensuring my family knew and understood the consequences of this virus. Telling friends that as much as I love them, as much as we wanted to wrap our arms around each other, we seriously should refrain from being anywhere near one another until we knew more. BART rides grew emptier and emptier, even as the memories of until-then-standard, belly-to-back contact with strangers made my skin crawl.

At the museum I started telling anyone who would listen that we needed to “shut it down.”

It became a greeting of sorts. “Shut it down,” we’d say, passing each other in hallways and riding elevators. We needed to hear it over and over, to drill in what we figured was about it happen. Shut it down. We need to protect the frontline. Shut it down. Two weeks. Shut it down. Close it up. I remember my time in coat check grasping sweat-dripping jackets from overheated tourists, putting my palm on sticky backpack bottoms from hundreds of bacteria-infested school kids a day. The free-flowing, hand-to-hand exchange of tickets, credit cards, conversation, and cash. A cesspool! A veritable orgy of microorganisms. 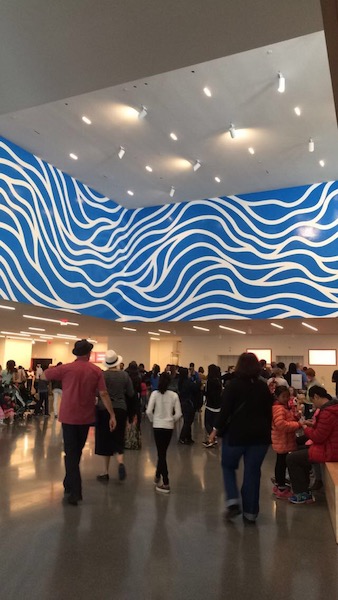 Shut it down. Protect our people. Protect us.

And we did. We shut it down.

You know how that went. You were there too.

Ten months later, I’m unsure exactly where we sit on the spectrum of self-isolating to sheltering-in-place to quarantining to whatever we were doing when we’d sneak leftover French fries from the people a table over who just left and barely touched their French fries — the busser is nowhere in sight and they shouldn’t go to waste, right? I mean…

In April and May I wanted to recuperate any sense of normalcy. I got tested and went to see my Mom and Grandmother. Spent my thirtieth birthday indoors, Zoom calling cousins, friends, family. Did the six-feet-apart in the park, bring your own booze hangout but… it wasn’t there. The pandemic swirled around everything, omnipresent. And nobody had any clue how to cope. 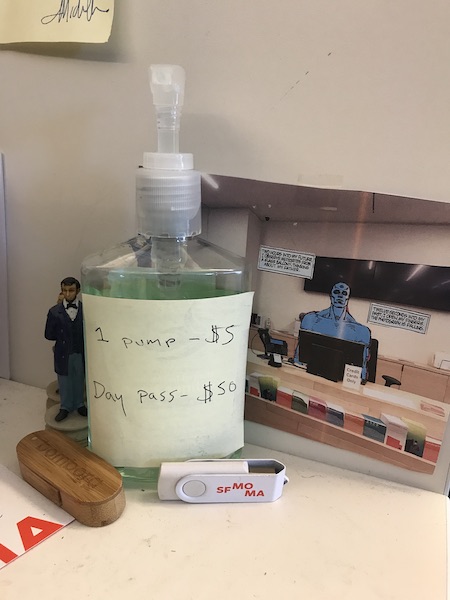 And then George Floyd was murdered by a knee on his neck. And you and I watched as for an agonizingly long eight minutes and forty-six seconds his fellow citizen made the conscious decision to not adhere to Mr. Floyd’s plea for help, for a breath, for his Mother. To act not as a community protector, but as judge, jury, and executioner for this charge:

Millions took to the streets, a widening gyre of improvised masks and justified rage and flickering optimism that we actually can change. We marched behind the phrase “Black Lives Matter”; maligned as radical in the shadow of 2014 Ferguson, the statement had become a litmus test of one’s understanding that policing in the United States is a relic of the unforgivable early stages of this nation, and needs to be stripped to the studs and rebuilt.

I wanted a reckoning. Anarchy loosed upon the world.

Instead, summer was screeching train breaks. I dreaded weekends, time running in the negative, barely getting me back to zero before another work week takes what it can. Is this normal? Is this how thirty is supposed to feel? I don’t have a B variant to test this A. All of that screaming, marching, and then Breonna Taylor and Jacob Blake and Ahmaud Arbery and all the names of past victims to this horrible scourge, mingling in the mind with pervasive Coronavirus suffering. Close friends watching family die over FaceTime. Fuck.

I saw my enemy manifest in the talking heads on TV, the guilt I feel not supporting local businesses I can rarely afford to patronage, the personal and professional responsibilities keeping me treading water. I fought back by making myself comfortable and confident in my own ability to imposter — successfully trying to fake it till I make it, I guess, knowing at times I am by far the least qualified person in the room.

My true enemy isn’t a man, isn’t human at all. It’s a machine with no “Pandemic” setting to offer even a modicum of assistance to a beleaguered nation, to the 21 million unemployed citizens who filed for help in the summer months. There’s one button on the machine. It’s big. It’s red. It’s labeled “More Profits.” Steady state is now unease and anxiety. Consternation to my core. 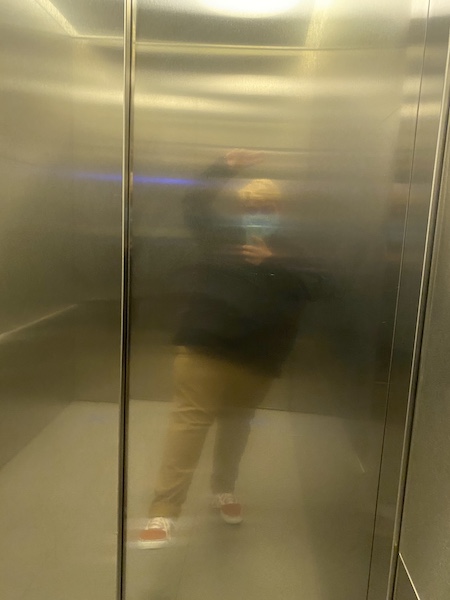 The past four years have been a practice of being surrounded by people constantly furious about all the same things, not having anything unique or constructive to say about these things. Four years of the worst among us emboldened, convictions fueled with passionate intensity. Surely some revelation is at hand?

This quartet of Earth orbits has coincided with my time working at the San Francisco Museum of Modern Art. The national, shapeless struggle for justice has often felt naturally entwined with micro-engagements waged locally: cost-of-living raises, genderless restrooms, equal representation in our collection and on the walls.

We cannot afford to pull the lever in the voting booth and slouch back toward Bethlehem to fall on a stone slab in ritualistic slumber, dreaming of two-day delivery and Marvel movies until we reawaken once more to do our Sisyphean civic duty by voting in the lesser of two evils. It is imperative, my friend, that our collective exhaustion doesn’t cause us to turn off, but only reallocates our effort locally.

The fuel that powers effective organizing is hope.

And so, because I must be, I’m filled with hope. It’s a new familiar feeling. Fake it till you make it.

And I’m going to use it to organize my closest comrades to create art spaces in Oakland, in San Francisco, in every place we can get to by car or train or on foot to ensure that the voices marginalized for far too long in this country are given a bullhorn. I’m going to hold my museum accountable for the change it has promised us all to make. I am going to be a significant part of that change. I am going to pick up my pen and write until I can’t anymore, in hopes of inspiring the single soul who will take my place when it is finally, mercifully my turn to disconnect. 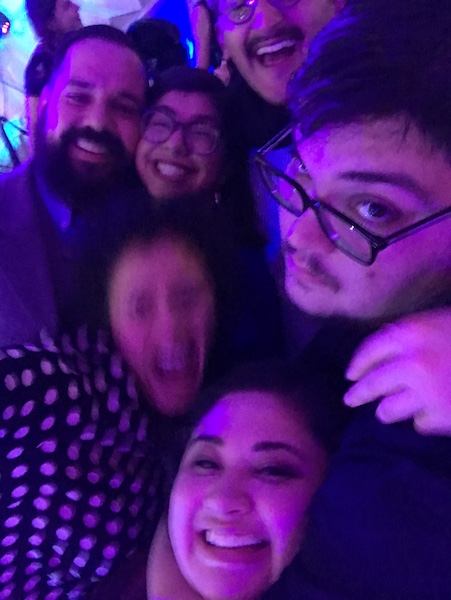 Recently I moved to a new place. After six quarantined months, a close friend came to visit. We picked up where we left, the mark of a true friendship, no? His visit was gift enough, but when it came time for him to leave he asked me to walk out to his car in order to grab my housewarming present. Under beaming streetlights, in his popped trunk, sat two thirty-roll packages of toilet paper, two of paper towels. Across my face was a Christmas morning smile. I wouldn’t need to worry about this necessity for months.

The best gifts are those that take the thought out of it all.

How much I wish to not think about anything for a while.

How much I wish for normalcy.