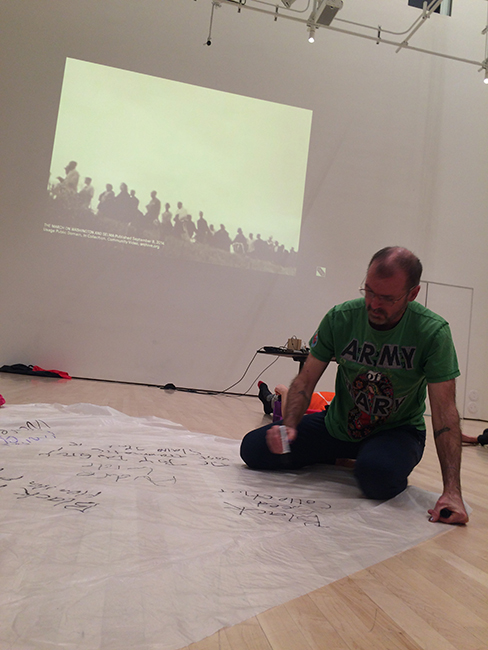 Reminder: You do not have to do the proposed activities.

Someone not doing “the exercise” is a more interesting and generative tension than everyone doing it but three people wishing they weren’t. Especially today, i.e., in a cultural historical moment of increased polarization and fear of difference, when the studio, class, or performance experiment can be used to practice more complex and respectful relating or co-existing.

Who would like to do it, contribute to it?

Original territory of the Ramaytush Ohlone. We are in San Francisco, a settler colonial city occupying several village sites including Yelamu. The Bay (maybe better to consider as an estuary, a fertile borderlands of land and sea, fresh and salt water) lined with village life and ceremonial sites that have left traces in numerous shell mounds. The mountains Tamalpais and Diablo. Many native animals, plants, the hummingbird, grizzly, Tule Elk, grey fox, coyote, lotis blue butterfly, San Francisco garter snake… Folks listed many plants and animals. We also spoke of the violence of settler colonialism, especially the Missions and the Gold Rush, the massacres and the slavery. Genocide against Indigenous people was then linked to the waves of exploited labor, from African slavery to peoples of the Pacific (Chinese, Japanese, Filipina/o), and to Mexicans and Central Americans. Then people talked about the many resistance movements “native” to the Bay Area, listing the occupation of Alcatraz, the SF State strike for ethnic studies, the Black Panthers, the United Farm Workers, and our consistent mass movement against wars and imperial intervention, against nuclear war and power, against racism, for women/feminism, for LGBTQueers…

Then I did some improvised talking that touched on the following:

These scores help us warm up and train the body in ways that differ from most of the prescribed movement of various dance techniques. Considering how composition or choreography might be motivated from sensations/somatics/states, real-time action (tasks, pedestrian or quotidian movement), improvisation.

Let’s consider the problematic and often unnecessary tension between Real and Representation, Acting (playing a character) or Being present.
Let’s destabilize that binary with Realness.
Living Theater, inspired by Black embodiment / improvisation / “cool” / and real time non-abstract action (The Connection, 1959)

In both of these New York examples there was a renewed interest in non-representational performance, pushing further the Merce Cunningham proposal that the meaning of the gesture is the gesture itself, that it doesn’t represent or signify something else.

We can’t separate the gesture from the person (female, male, queer, old, young, not-white…)
Abstraction is neither neutral nor universal, although too many dance artists practice otherwise.

But why set up a binary between Real and Representation when we can queer it with a 3D or poly path?Realness — Black and queer and drag and ball cultures who know that copy, mimicry, exaggerated imitations, and satires of representation can be the most real of all.

A matrilineal score from The Medea Project: Theater for Incarcerated Women, with specific permission from artistic director Rhodessa Jones.

There are many videos and texts online featuring Rhodessa. Here’s the one we watched in class:

Rhodessa is one of twelve children, born to African American itinerant farmers who traveled up and down the East Coast. The family settled in Rochester when Rhodessa was an early teen where she later became involved with some of her siblings in a hippy-influenced or alternative culture art scene that included Arnie Zane and his boyfriend-to-be, her brother Bill T. Jones, influential and widely recognized US choreographers. After the Attica riots, where her brother Richard was badly injured by guards, Rhodessa moved first to Costa Rica and then to San Francisco with her partner and daughter. Rhodessa has been integral to the artistic life of San Francisco and its Black communities ever since.

Small groups (5–7 people).
Take a moment to think or write your female lineage.
Take turns reciting the Medea text, completing the closing line. This is not wish fulfillment. This is a statement of something you WILL do. 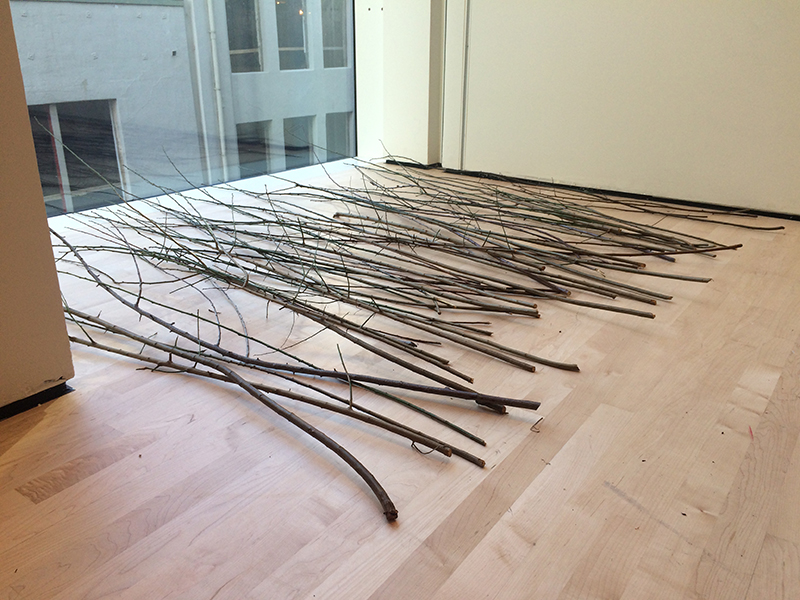 Artistic practices that recognize the shared histories and intentions of art and healing
We are all anxious, by the Institute for Precarious Consciousness

Anna Halprin
A pioneering artist whose work in ritual and healing has had a global impact (following an early part of her career that was foundational in the development of the “postmodern” dance practices mentioned earlier tonight.)
I brought two books by Anna Halprin to class. Note that Rachel Kaplan, co-author and editor, working with Anna for the past twenty years, was also in class with us. 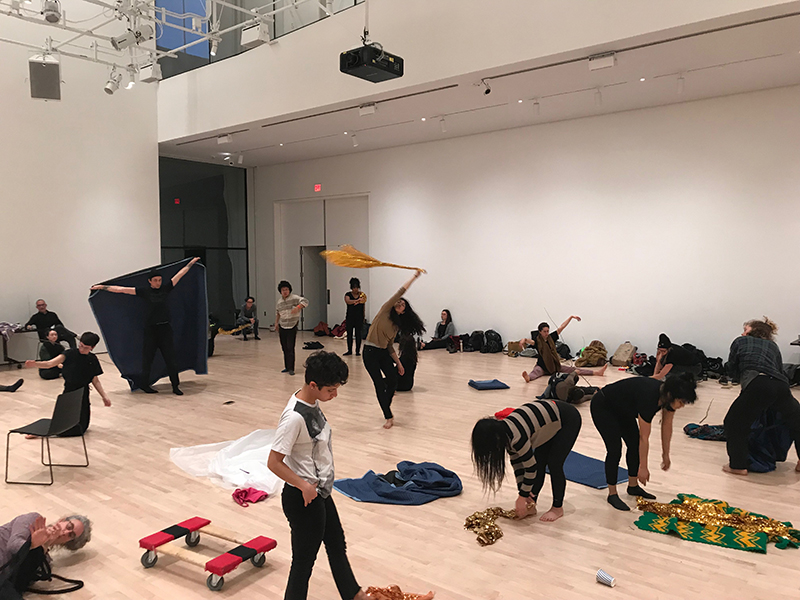 Adapted over several years by Keith from the work of Valentina Desideri (Fake Therapy, Political Therapy)

What is Fake Therapy?

It is a practice between two persons that stimulates and reactivates the sometimes hidden capacities of anyone to heal anyone (or anything) else. It is a practice autonomous of disciplinary origins and refuses expertise or any form of knowledge-authority.

The role of therapist and patient are always exchangeable.
From Valentina’s site

Healing, as much as art, is a praxis. It is something to do and it does something: it restores.

Perhaps one day we will know that there wasn’t any art but only medicine.
J.M.G. Le Clézio

Consent
Keep the three rules in your attention.
Feel lucky and blessed that someone is welcoming your care
Consent culture requires us to shift the attention from the potential victim (you can say NO) to the person who might potentially harm (look/sense for agreement, pause more often, check in, avoid creating situations that might provoke someone to say No).
Love, solidarity
If it feels weird, it is weird.
Tactics for people receiving healing: open your eyes, change your position, say “try something else” or “time to pull another card”

Tactics for healers if you sense discomfort or withdrawal or see your client changing position:

Fake healing is a place to practice or experiment with real — representation — realness.
Pretending is real.
Pretending allows not knowing (often via the silly, the strange, the queer, the taboo, the playful)
Placebo works
Prayer works
Attention + Love = Healing
Put your training and skills to the side. Bring them to the game but don’t put them between you and your partners. This is a game. If it doesn’t feel like playing then you’re probably too focused on doing it right. Not knowing, unknowing, deep knowing… are the goals.

Closing words:
Consider Fake Healing as composition or choreography practice.
Re-consider the artist relationship to audience or community.
What if there’s nothing wrong with the audience? (Take note social justice artists! Or high-art trained artists!) What if the artist has no power to change the audience?
Set an intention of healing. Give the best you’ve got.
De/composition.