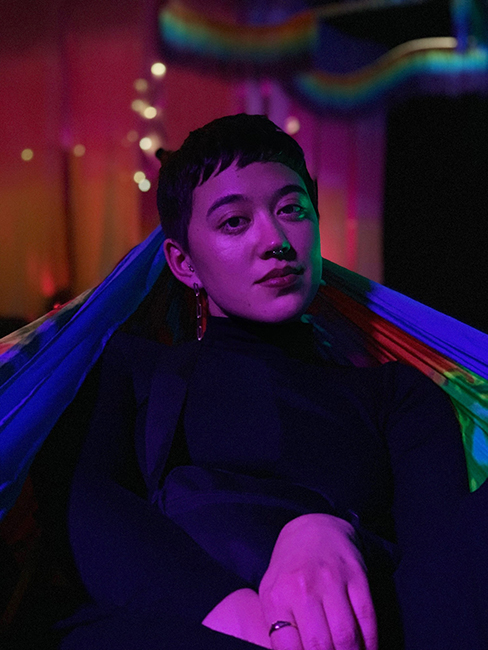 So, Sarah, what have you been up to since leaving Oakland? How’s New York City treating you?

Technically, I moved to New York to attend grad school at NYU. Almost immediately, though, it became clear that going back to school was more a reason to move to New York than it was what I actually needed at the time. So, I dropped out after the first semester and started working as an editor at Broadly, VICE’s gender and identity website.

Honestly, I would have never imagined myself anywhere at VICE a few years ago. But Broadly feels like an extraordinarily rare place, where I get to work exclusively with women with whom I align politically on projects I actually care about. Coming from the alt-weekly world, it’s wild, too, to work at a place with so many resources. VICE is its own enormous ecosystem, and I’ve found that if you learn how to navigate it in a smart way, it can be an incredibly fertile place for projects that might otherwise feel impossible (at least to me, at this point in time). I’ve gotten to do things like create a podcast about queer family-making, develop an oral history project capturing the stories of iconic trans elders, and produce a publication for a major exhibition with artists I admire.

So, in a lot of ways, New York has provided those things that it’s supposed to, according to stereotype: namely, access and opportunity. It’s also fulfilled all those other, less fun, clichés. I’ve learned a lot about where not to park (yes, I drive here), how to shovel snow without a shovel, when to ask for more money, how far online popularity can get you, and perhaps most of all, how to assert better boundaries. I’ve also broken down crying while attempting to lug a mattress up a fourth floor walk-up alone after a nine-hour work day. But those lessons have their own kind of value, I guess. I miss the Bay often.

Has anything (artist, artwork, event) in the Bay Area or New York been particularly inspiring to you lately?

I got to see Leilah Weinraub’s documentary, SHAKEDOWN, when it premiered last February, and rewatched it again recently — but honestly didn’t really stop thinking about it in the time between. The film uses footage that Weinraub took while working as a videographer at an underground lesbian strip club in LA in the ’90s. In this really mesmerizing way, she uses the politics and aspirations and eventual death of the club as a metaphor for thinking through Black, queer utopianism. I think — for anyone who’s lived near Silicon Valley especially — the idea of utopianism can feel really drained at this point, even in art. And as someone who was also personally affected by Ghost Ship and its aftermath, thinking about utopianism in the context of underground spaces feels fraught to the point of exhaustion. But Weinraub’s treatment of the subject convinced me that there is still so much there to mine, and this provides a rare kind of optimism.

Your work covers quite a lot of ground beyond writing, from editing to podcasting to curating. Do you see these practices as interconnected, or do you prefer to see them as distinct? Is any one of the roles you play your favorite or most conducive to your interests in social justice, feminism, and identity politics?

I do see these practices as interconnected, although only to a certain extent, and not in any cleanly defined sort of way. I think the main tie is that they’re all just my ways of trying to get better and better at channeling others’ stories in a manner that feels both authentic and critical. (Something that Open Space has let me write about in the past.) For instance, a lot of the sources in Queerly Beloved, the podcast I mentioned, would use lingo that’s specific to queer communities. So, making that was huge in terms of figuring out how to center people’s voices in the most uncompromising way possible, and create space for people to self-identify, while also making sure that audiences would be able to follow the narrative. Having thought through that balance in a practical way, I now bring that improvement to my writing, editing, and curating.

The question of whether one practice among those best allows me to explore my interests is a tough one. If there is, I haven’t yet figured out which one it is. At this point, it feels right to be doing a bit of each and allowing them to feed each other — although I am trying to get back to writing more, as I’ve been editing a lot for the past year. 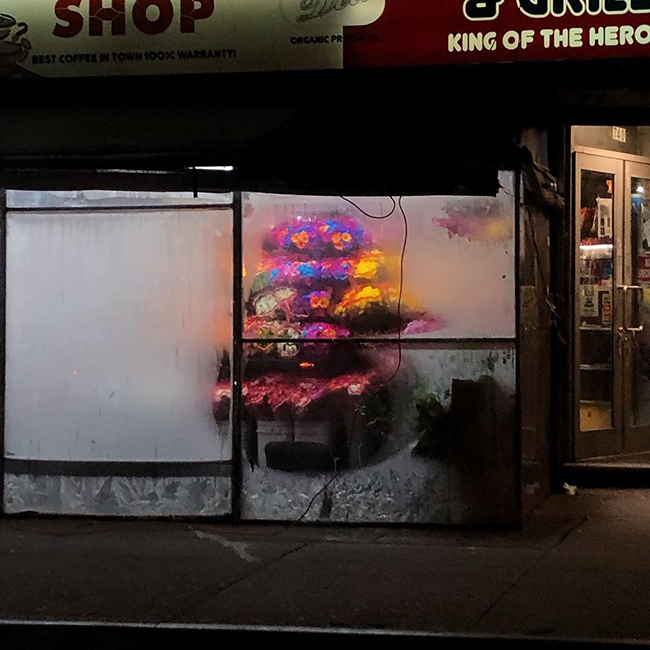 “Abolish the Tiki Bar,” which you wrote for us in May 2017, caused quite a stir, to put it lightly. In addition to increasing the hits Open Space got that week by six-hundred (!) percent, it also struck a nerve — as demonstrated by the dozens and dozens of heated comments and responses the post continues to accrue. How have your feelings around the piece evolved after getting this kind of response? Have you received any particularly memorable feedback?

I don’t think I’ve ever written a piece that felt like it had quite as long a life as this one. (Or perhaps it’s just because every time someone leaves an angry comment on it, I get an automatic email about it.) It’s the essay that just keeps on giving.

One of the most memorable comments for me was one that just said something along the lines of, “This is exactly why Trump got elected.” Overall, I think the comments, which are so aggressively defensive of white entitlement, make clear how conversations around cultural appropriation can function as a microcosm of a lot of the racially hostile dynamics in the US right now. That one felt kind of unforgettably on the nose.

It’s struck me too, though, how many friends and acquaintances continue to bring up that piece as a turning point in their relationship to tiki bars. I hesitated to write that essay initially because I was afraid that the points might be a bit too obvious. So it’s also been a lesson in recognizing my own bubble.

Another memorable piece of feedback I received was from a fellow Open Space contributor, Esra Canoğullari, who mentioned that hookah bars function in much the same way culturally as tiki bars, which was a link that hadn’t occurred to me before that.

I recently became Special Projects Editor at Broadly, which means I get to focus less on daily publishing and more on thinking about big creative initiatives. This year I’ll be working on a bunch of exciting projects and shows, mostly focused around queer and trans representation, that I’m excited to share but can’t quite talk about yet. That, and Queerly Beloved season two. Plus, getting back into writing regular criticism (at least that’s the goal). And, I hope, organizing a big artist retreat, perhaps related to the artist talk series I co-curate with Nicholas O’Brien, Living Room Light Exchange New York. Andrea Steves and I may or may not also have a zine forthcoming about our distaste for dogs.

If anyone wants to give me a grant or book deal, I am very open to those things as well. Just saying.