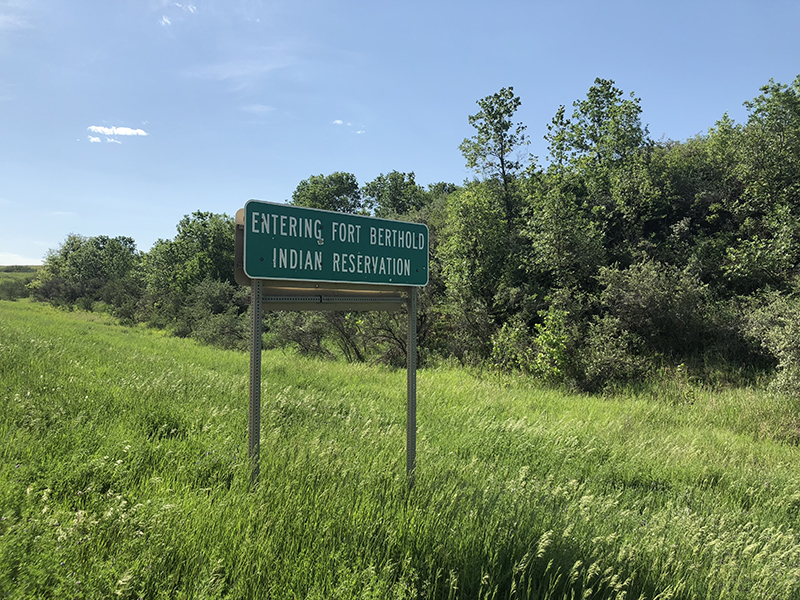 I am Mandan and Hidatsa from the Fort Berthold Indian Reservation in Western ND, as well as German from Eastern ND. Fort Berthold is home, but I was raised throughout the Midwest, in ND, MT, OK, and NE. My father’s life mission as the superintendent of various National Parks is to bring the Native side of the story back to those lands. 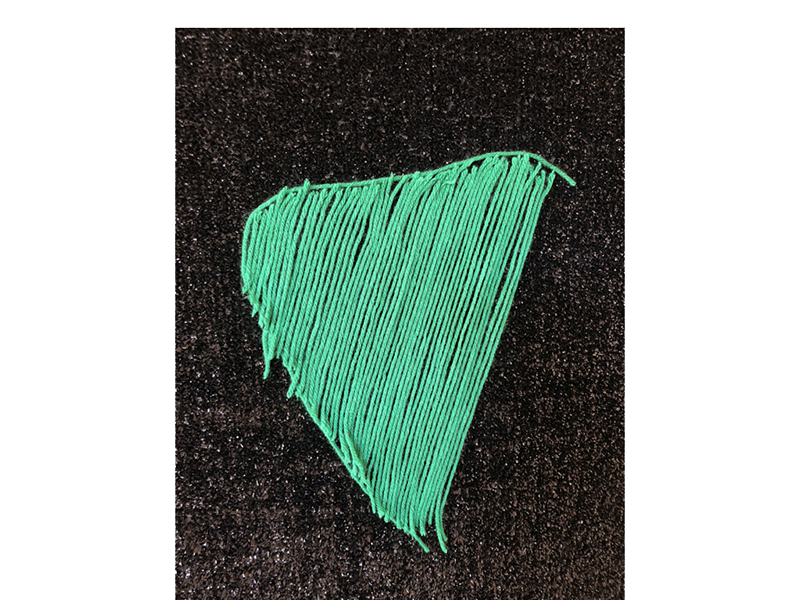 My upbringing was a series of fragments of different landscapes. 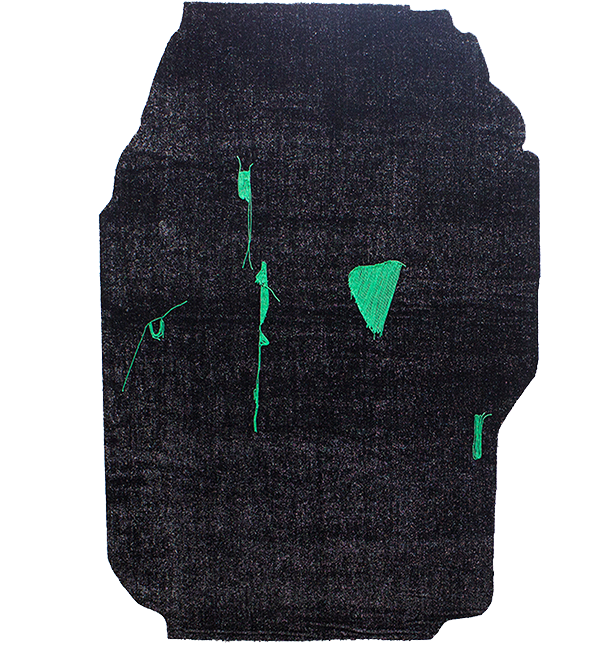 The space of the Great Plains states influences the way I make, the way I see. The seemingly large, empty spaces which aren’t empty at all, but full of small details that emerge and disappear as you move. 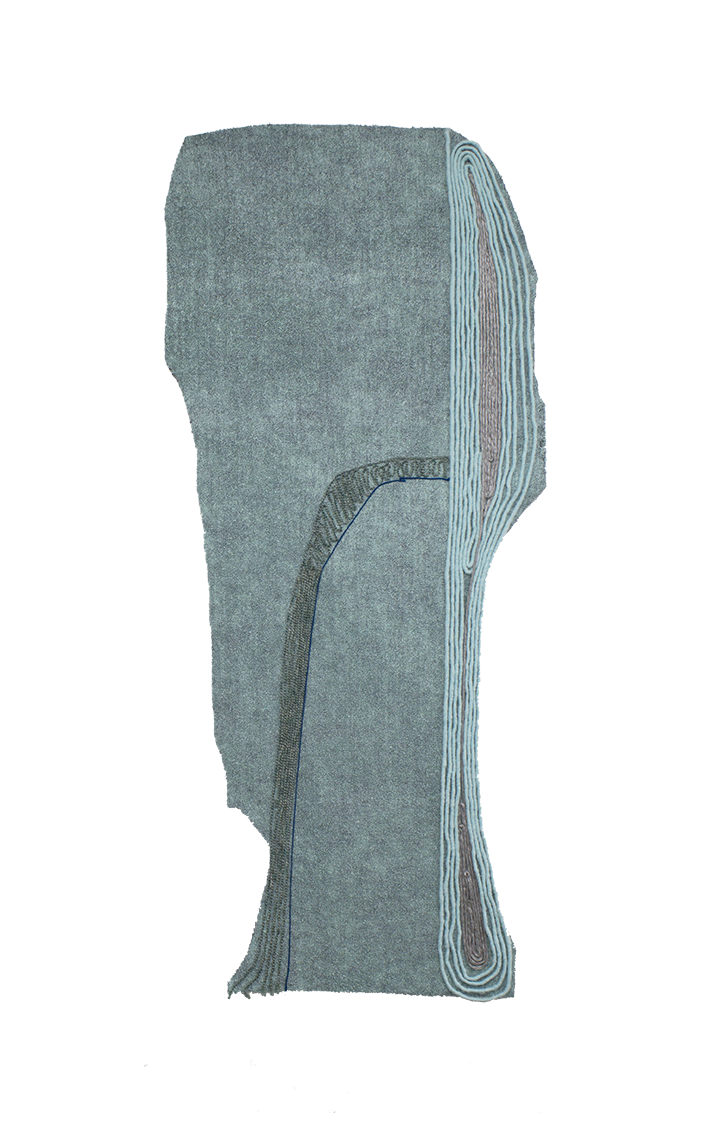 For the last three years I lived and worked in Beaumont, TX, which is along the I-10 between Louisiana and Houston. It’s where the Texas and Cajun cultures meet, where the lights of oil refineries dot the skyline and chemical smells from oil and the paper mills mix in the air with the brackish smells of the bayous.

Beaumont is a 1901 boomtown turned refinery town. It is an unassuming place, but vital to global oil production.

My art studio was in a 900 sq. ft. Art Deco building in downtown Beaumont. This area was my favorite part of the city — beautiful, old buildings mostly deserted in the ’70s as economic development moved further west to center around the newly-constructed mall.

During the holidays the city blasts Christmas music to an empty downtown.

Hurricane Harvey was my first experience with a natural disaster. Being from the North, I was not familiar with hurricanes at all; and no one expected “the 1,000 year flood.” Beaumont became an island.

For a week I obsessively refreshed my weather maps every few minutes, watched the torrential rain out the window, listened to the Cajun Navy over a walkie-talkie app, checked for flooding, replaced buckets full of water from ceiling leaks, and walked around in circles inside of the house. Then the rain ceased and the sun came out.

I was incredibly lucky to make it through unscathed. So many people lost everything. So many are still rebuilding, even now, over a year later.

The city lost running water for a week after the storm. 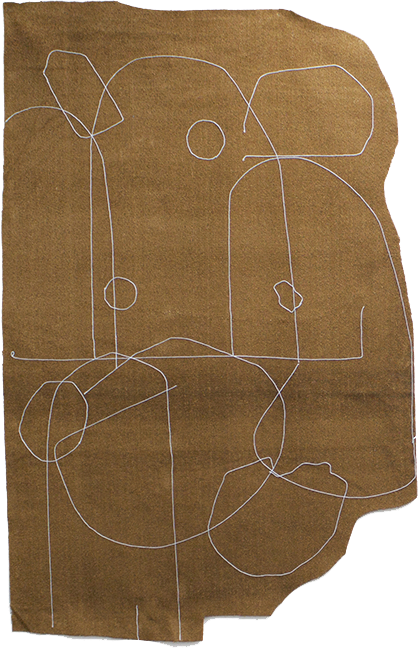 Harvey will always be the reason I discovered a connection between yarn and AstroTurf. The storm reset my thinking mind. As soon as I re-entered my studio, there was an immediate shift — it was a time to let go of things that weren’t working and be open to things that were.

Initially, the yarn was meant to be a pliable guide for measuring out large shapes on the AstroTurf. But an ease and playful exchange between the two materials became immediately evident.

I’m a process-based artist: the outside is always coming into the work. It just depends how aware of it I am at a given time. 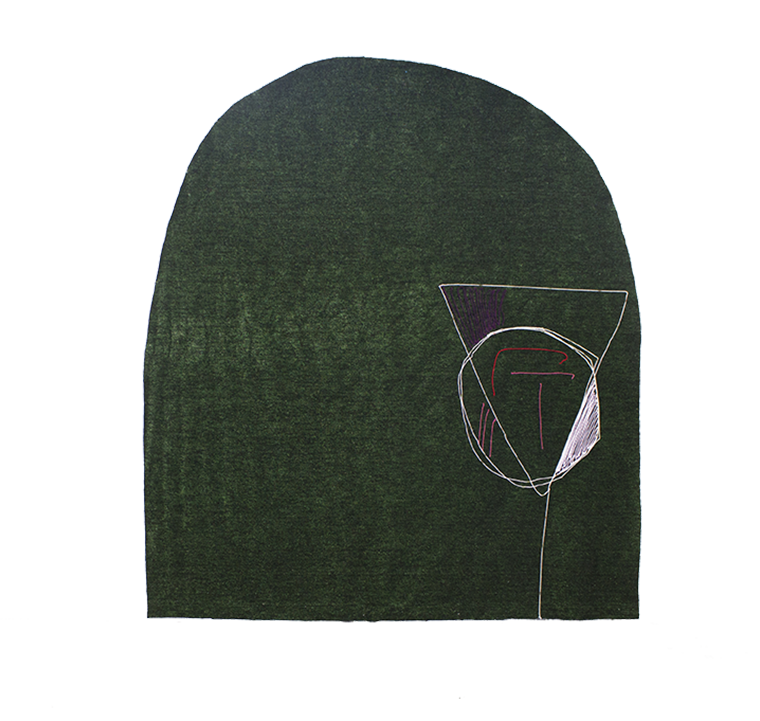 Yarn became my method of drawing on AstroTurf. 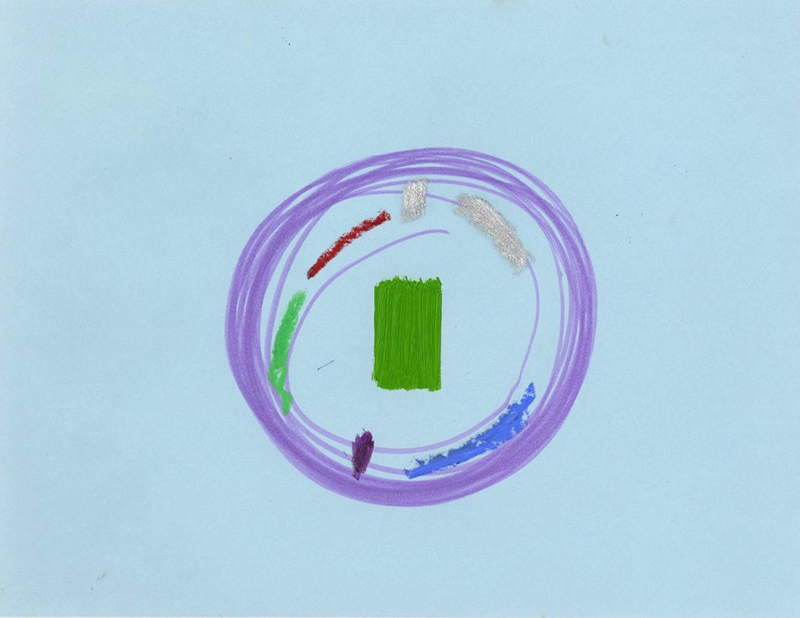 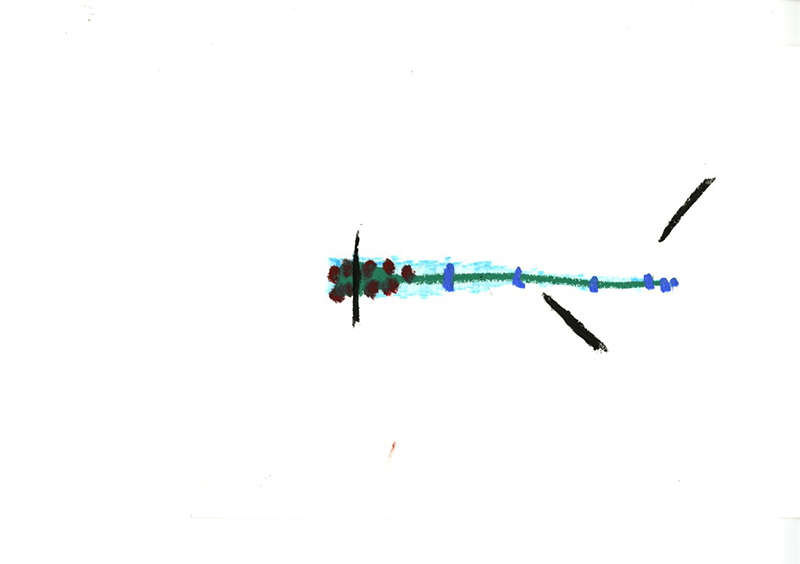 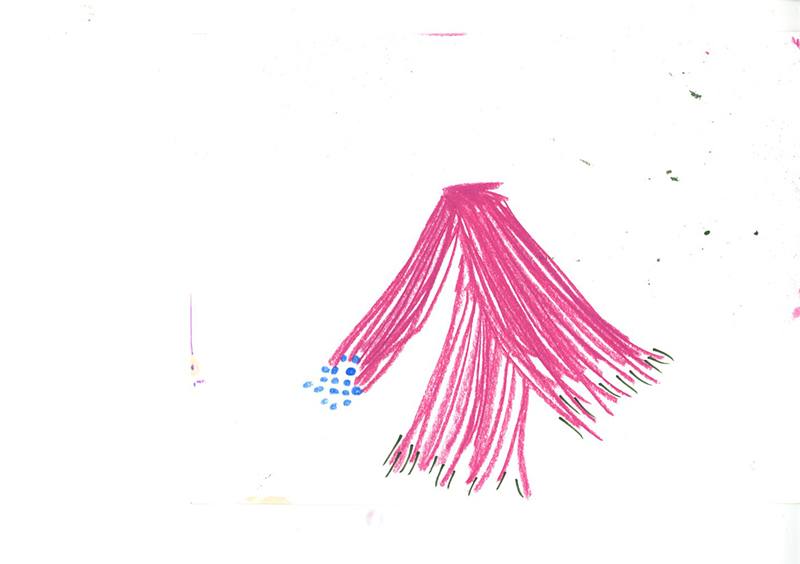 There is a loudness in Southeast Texas that you don’t realize until you leave. A continual hum. Constant birds; from migration to nesting, always singing. With the insects too. Everything is in large numbers; mosquitos, frogs, alligators, cicadas, fire ants. Even the humidity seems noisy — how it engulfs you, so intense and heavy all at once. Some days it is comforting, other days it is oppressive. 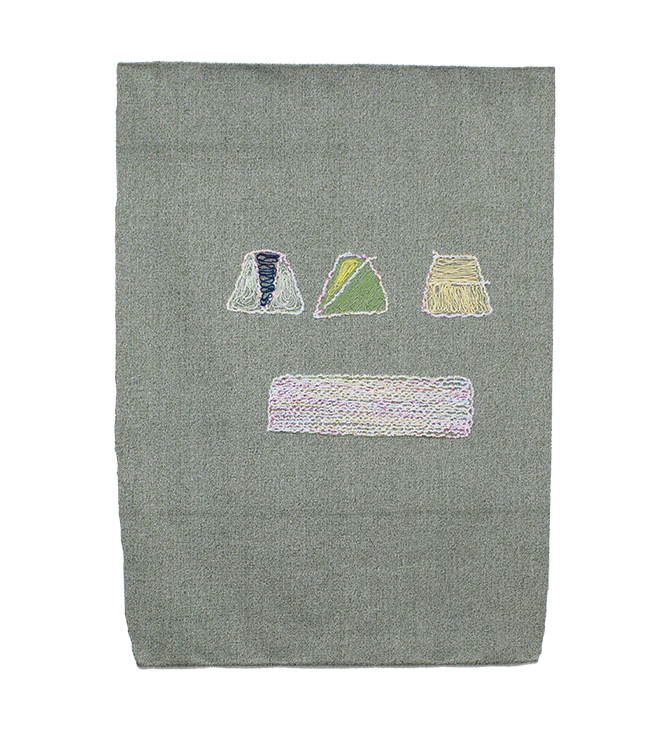 I was raised landlocked. Beaumont is near the Gulf, the gumbo-colored Gulf. Eastern MT, which bleeds into Western ND, was traditionally also the territory of the Mandan and Hidatsa tribes. There is a wildflower there named the sego lily, which grows in clayey soils. The locals call that soil “gumbo,” and the nickname for that wildflower is “gumbo lily.” 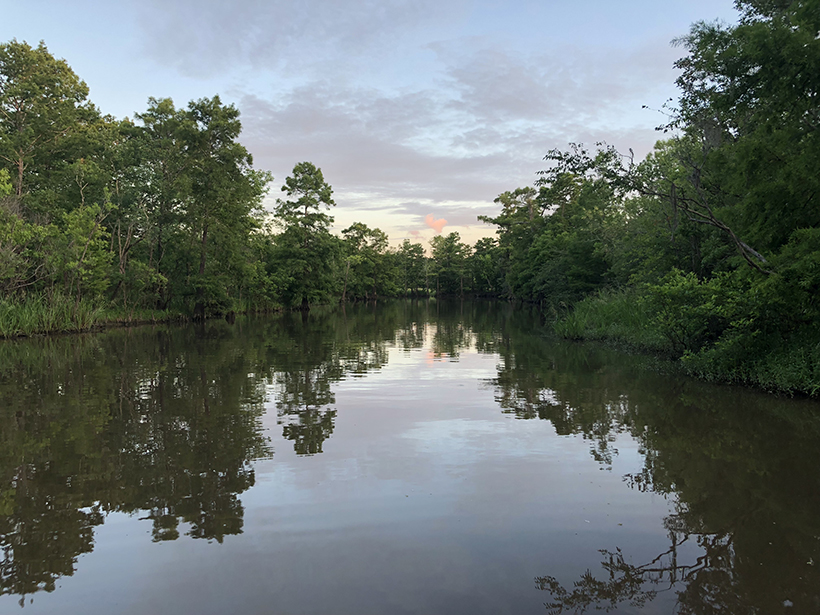 Yarn sticks to AstroTurf. It is not woven.