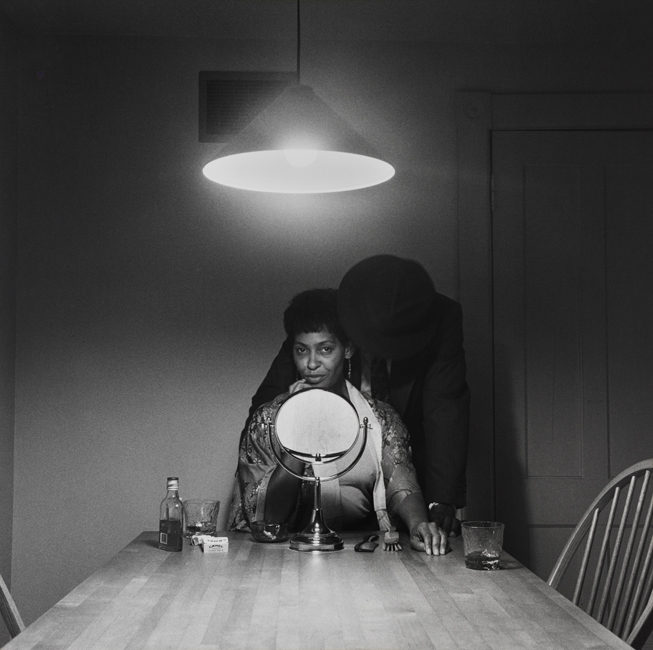 They’d been on that two-lane desert highway for weeks. Felt that way to Loyola, anyway. And Prof had picked today of all days to drive with the top down. Santa Ana windy day, the air gritty and gusty. Prof humming some ancient song along with her playlist.

Prof glanced over at her. “Tired of being on the road?” she shouted over the music and the windrush.

“They better have some good stories.” Dust crunched between her teeth as she spoke.

Prof smiled as she took a hairpin turn. “Yup. If I hear another variation on number twenty-three, I’m going to scream.”

She wouldn’t, though. She would be delighted to add a new variant to the tales they were collecting for their compendium. Her excitement would be infectious, and pretty soon Loyola would cheerfully be humming, too, logging some little old lady’s half-remembered local color on her tablet as the woman stumbled through it.

Sometimes Loyola wished she didn’t like Prof so much.

The highway took another sharp turn and opened out on an endless ocean view. Prof exclaimed happily. Palm trees, abandoned cottages, beach empty except for a couple of people with fishing poles, a fresh, salty smell to the air. California was like that. Changeable. Loyola said, “What do you suppose it was like here before the Yuppie Rapture?”

“Looks like that diner’s open.” Prof pointed at a seaside shopfront that had seen better days. “And don’t call it that. People of all walks were among the disappeared.”

“Sorry.” Being so close to the ocean made Loyola uneasy. What if some of the spray got on her? She’d never seen a body of open water that large. In M.A, good water came in bottles and canisters from the store. Water that flowed through the Earth’s channels was suspect. That’s how last year’s virus had been transmitted during pandemic season. It’d taken nearly a sixth of the town’s inhabitants. Loyola’s pastor called it the annual culling of the herd, said if those people had been worthy in the eyes of the Lord, He would have granted them the means to afford the antibiotic injections. Loyola wasn’t so sure, though she wasn’t so stupid as to say that aloud. Her sister Jo had been the most pious person Loyola knew, yet she’d died in that last pandemic. Loyola had been inoculated; her department paid her insurance so long as she kept her grades up and taught four lower division courses each term.

Loyola flashed on the image of Jo, wasted and grey on her bed, begging over and over for water, more water. Their parents found it for her, never mind the price. But the fever had burned it away faster than she could drink it.

No. Think of something else.

The weather-blasted chipboard sign over the diner read “The Reverse Cheshire Cat.” The barely visible image showed an alarmed-looking cat clinging upside down from — was that a surveillance camera pole? Prof chuckled. “Bet there’s a story there.”

Theirs looked to be the only working car of the handful in the parking lot. The diner’s front porch was full of bicycles leaning companionably against each other.

As they stepped inside, Loyola pulled her health certification card out of her pocket and tapped it against the reader box mounted on the wall beside the front door.

There was no beep, no green light glowing in its mechanical grille face.

“It doesn’t work,” called a voice. “Just come on in.” The woman waiting tables was plump and pretty. Was she… Mexican? Loyola whispered, “They let illegals work here?”

Prof sighed. “No assumptions. You’re not in the M.A anymore. Try to remember.”

“But is it safe to go in? What about gangs?”

Pointedly, Prof looked at the surveillance cameras in every corner of the ceiling.

The woman came over to show them to a table.

The fish was fresh. Maybe from the sea just outside. Loyola pushed it to one side of her plate.

“Slow afternoon?” Prof asked. The diner was barely a quarter full, though their waitress kept bustling about lugging trays as though she was really busy.

The waitress made a moue. “You could say that.”

Her accent was weird. Why couldn’t she just talk like normal people? Then Loyola remembered what Prof had said. So she asked the woman, “Is there a story behind the name of your restaurant?”

The woman grinned. “You want to hear it?”

The woman gave them a well, aren’t you precious? look. She started wiping their table clean. She said, “You see the cameras?”

Prof nodded. Loyola tapped her tablet on and started typing.

Yes, of course they were, right across the country. Kept them safe.

“Go to the grocery, cameras. Driving down the street, cameras. Cameras looking back at you from out of your TV. We had our own pandemic here in San Meander. That’s what my tía told me.”

Loyola felt the food heavy in her belly. She swallowed her gorge down and kept typing.

“Only it’s kind of a different one. More like allergies, maybe.”

Prof leaned forward in her chair. “How so?”

This was a new story. Loyola asked, “What happened?”

The woman shook her head. “They’re in a better place.”

“You don’t know nothing. The better place is right here, only cameras make it invisible. Friendlier place.”

Prof looked like she was going to pee herself from happy. “Loyola, are you getting this down?”

There was a giggle, right beside Loyola’s ear.

“Victor,” said the woman, “get away from these nice people. Go blow your nose.”

No reply, but a few seconds later, the door to the men’s room opened. No one came out, but in the split second between the door opening and closing, Loyola thought she saw a child-sized shadow slip inside.

The woman beamed fondly in that direction. “No cameras in there.”

Loyola sat there, her mouth dry, listening to the murmuring of the patrons in the restaurant. The sound, she decided, seemed to be far louder than it should have been. It filled the small space.