"They're Here!" San Francisco's INVASION OF THE BODY SNATCHERS (1978) 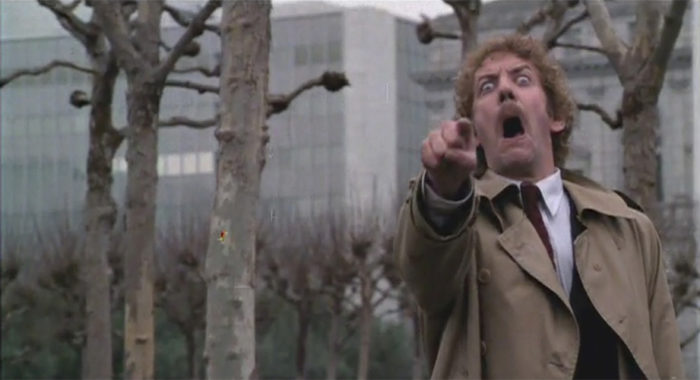 Last night’s viewing, in a slightly faded but still excellent 35mm print, at Alamo Drafthouse New Mission, was Philip Kaufman’s Invasion of the Body Snatchers (1978). Don’t even know where to begin here. It had been some time since I’d seen it, but had to go, ’cause: the 70s. Right? I actually saw it opening week, I believe, when I was 12 years old, in its setting of San Francisco. The theater was the lovely and large Metro, on Union St., a hop, skip, and a jump away from most of the film’s locations. I remember the occasion very well: being a local product, of course the crowd went wild, and I amongst them. I was an SF freak in both of its meanings, San Francisco, and science-fiction, so was ready to GO! What wasn’t to love? Donald Sutherland, so key in my primal cinematic experience of Don’t Look Now, seen at the age of 7. Brooke Adams, whom I had no idea would much later break my heart when I finally saw the same year’s Days of Heaven. Leonard Nimoy, obvs, but also Jeff Goldblum before he became a star, and Veronica Cartwright, just a year before I got her autograph during the release of Alien. (One of two actor/actress autographs I’ve gotten in my life, the other being Ann Savage’s.) This crew was supposed to be representative of “weird” California, but for me they were the normals. With my mixed-race family, and being on speaking terms with gurus and swamis, and having the aroma of ganga constantly wafting about, and a lifetime already spent in t’ai chi studios and aikido dojos, and the lesbians who lived below us, and a poltical atmosphere involving Trotskyism, feminism, and black revolutionism — these guys were the whitey straights, with their Victorians and government jobs. But I went with it, the whole package was thrilling, and its conclusion all-too-terrifying. 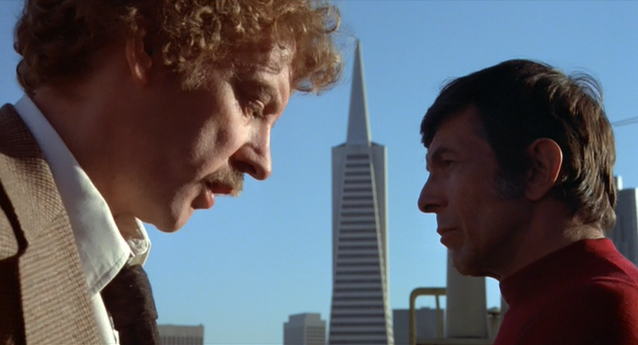 A few years down the road, however, and after falling in love with Don Siegel’s original, the Kaufman seemed contrived and pale. Years later, I’d fall even harder for the Ferrara version. Man, that’s a movie. But it was time to give the Kaufman another shot, ’cause: the 70s, amiright? So, I went unsuspectingly to this show, which was far fuller than I’d experienced at the New Mission before. It was my first “Terror Tuesday,” otherwise I woulda known. Mike Keegan came out onstage, and man, he just owns that space. But he seemed a little extra gleeful, like we weren’t gonna believe the rabbit hiding in his hat, and my God, was it true: a few minutes in, and he calls none other than Philip Kaufman to the stage. It was 1978 all over again, the crowd went wild for this completely unadvertised delight. Keegan and Kaufman proceeded to have a half hour conversation onstage that was both illuminating and electric. Hope that got recorded. Some highlights: the film was made entirely with Siegel’s approval, and he has a cameo (he’s great), apparently Kevin McCarthy was the one who suggested ratcheting up the humor, the film was one of the very first to make crazy with the Dolby, to obvious great effect with those scream sounds. There was so much more, hopefully it’ll come out somehow. 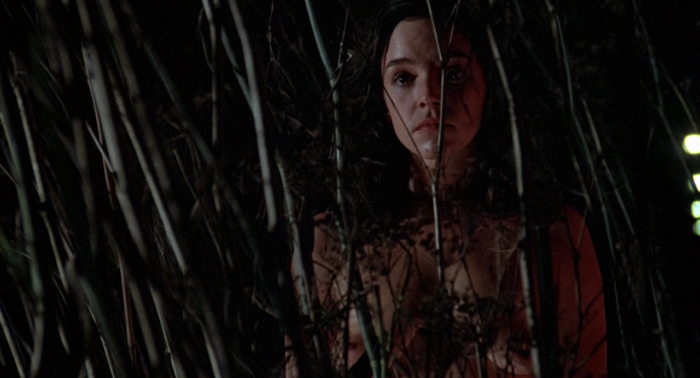 Did I mention my mother, stepfather, and grandmother were all est graduates? I did not. But this explains why the Nimoy character was like a vaguely disturbing uncle-type to me. Another thing Kaufman mentioned: the film came out right after Jonestown, the tragedy of which had swept thru many of the families in my middle school. The Harvey Milk/Mayor Moscone murders had also tragically gone down. Heady days. I was livin’ it, baby. I was fuckin’ Synanon‘s paperboy, they used to invite me in for breakfast with their shaved heads. (The horrors of Reagan and AIDS were a couple years away, and then the hysteria would really get ramped up.) 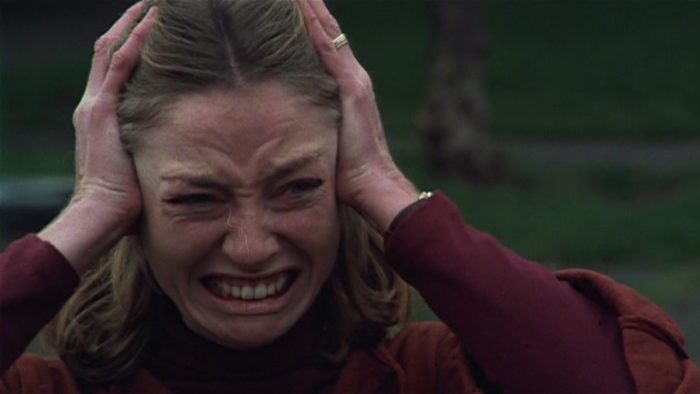 But I was comin’ into this tonite with low expectations, you know? Siegel and Ferrara, and the one Kaufman film I’d seen that I knew I loved was the following year’s The Wanderers. But, wouldn’t you know it, myself and the City done changed! I’ve spent the last 23 years here as an adult, semi-inadvertently getting to know many of its nooks and crannies. Get this: the film opens up about two blocks from my home, where Brooke Adams and her boyfriend live on Painted Lady row. One of the first scenes is at the Alamo Square Park playground, where I took my daughter practically every day for 6 years! (The playground has been re-done, but I’ve lived in the ‘hood long enough to’ve swung in the swing the ominous body-snatched priest swings in, only I was tipsy, and it was the middle of the night.) Every other shot or so featured some vista of my daily experience, and the film came alive as never before. What’s not to be believed is of course how prescient the film is (perhaps even more so than the Iraq-war predicting Starship Troopers): in the years since, San Francisco got bodysnatched! And the Bay Area is the central organizing complex directing the alien transformation currently taking over the world, and from which there is no escape. They’re here! You’re next! This is the program, get used to it. The transformation of the City re-hatched this film for me. Suddenly the humor was all-too-apropos, and everything felt invested with personal resonance. After my years of involvement with, and research into, the films of Christopher Maclaine, I was startled to realize my first association of bagpipes with the City came from Kaufman, in a scene simultaneously lyrical, heartbreaking and chilling. I used to think the film’s direction none-too-inspired, but now was bowled over by its expressionist stylistics.

Ain’t life and cinema grand? Eventually every dog should have its day, and this film famously featuring a human-headed dog, truly had, or re-had, its day for me. Or night, rather. I came out of that rapt and tickled audience transformed. Almost snatched, even, but in a good way. 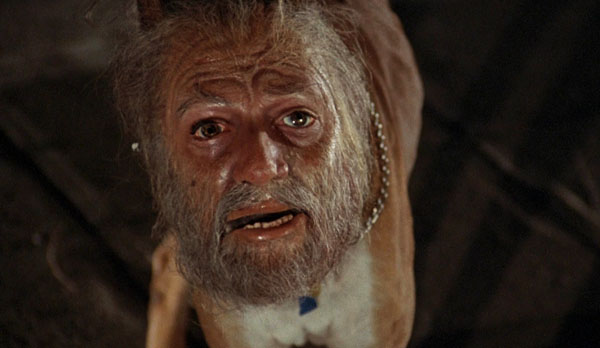