A few times a season, we like to reach out to a current or former Open Space contributor and find out what they’ve been up to. Curator and writer Adrienne Skye Roberts is a columnist, and published work here between 2011 and 2014. 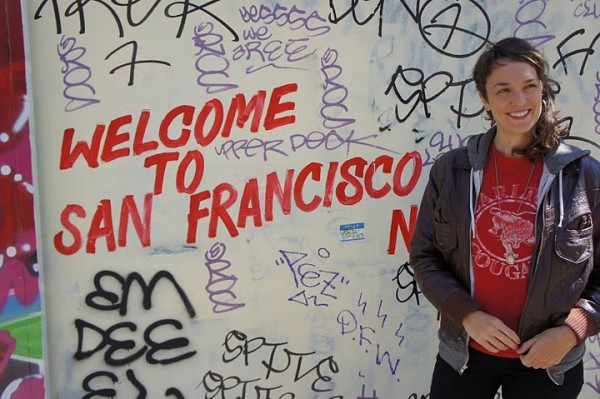 So, Adrienne, what have you been up to lately?

I’m working on a long-term collaborative project called “A Living Chance: Storytelling to End Life Without Parole” with the California Coalition for Women Prisoners. People serving LWOP have no possibility of release, and the majority of people in women’s prisons who receive LWOP are survivors of abuse. This project was initiated in collaboration with people in prison, and we see it as the first step in increasing public awareness and education about these living death sentences. So far, we’ve collected stories from sixty people, have conducted over twenty in-person interviews, and have held multiple public events. These stories will be compiled into an interactive storytelling website (we currently have a temporary version of the website online), and an accompanying publication will be sent back to the prisons to support the organizing happening there. We are committed to using this project to affect political and legislative change regarding LWOP. 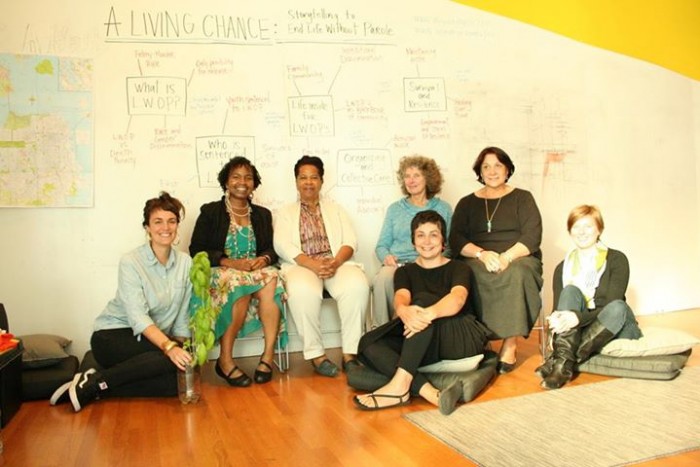 We also have a beautiful portrait component of “A Living Chance.” Artist Billie Simões Belo is painting portraits of every participant in an effort to give a face to their stories. A copy of each portrait will be sent back inside the prisons as a gift to our collaborators. 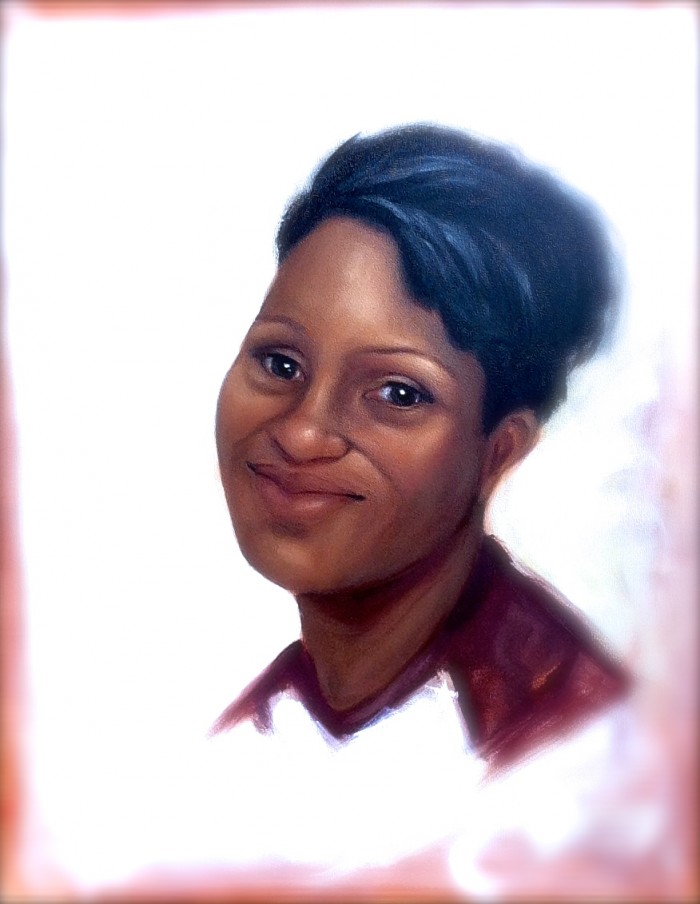 Has anything (artist, artwork, event) in the Bay Area been particularly inspiring to you recently?

Mabel Negrete’s (of the Counter Narrative Society) show “Conceiving Place” at the YBCA’s Room for Big Ideas was incredible. Mabel transformed the space into a sort-of retrospective of the Counter Narrative Society’s public performance work over the past twenty years, the majority of which addresses the trauma of the prison industrial complex. Mabel also created the “SPARKMaker’s Thinkering School” within the space — a self-organized group of artists and organizers that held workshops and presentations that were free to the public. The topics covered the history of Bayview Hunters Point, re-greening urban space, DIY comics, capoeira, and many other cool things.

I am always so inspired by the public protests and creative actions of local organizers. One that comes to mind is the actions of the TAJA’s Coalition and Trans Liberation Tuesday. Taja Gabrielle de Jesus, a trans woman of color and community organizer was murdered in San Francisco on February 1, 2015. A coalition formed in Taja’s name, and one week after her murder, trans women of color organized and participated in a symbolic die-in at City Hall to make it undeniably clear that transphobia and racism are killing members of our community and city. They demanded an end to the epidemic of racist violence against trans women and trans women of color. And not only that, but they also included safe, affordable housing for trans people and an end to the plans to build a new county jail in San Francisco in their demands.

And I always love seeing what imagery artist Micah Bazant is creating. Micah paints colorful and joyful images that honor community leaders and make visual the messages of various grassroots movements. Some recent favorites of mine include the series “No Pride for Some of Us Without Liberation for All Of Us” and “Gaza Will Be Free”.

Many of your contributions to Open Space engaged local artists and organizers in conversations surrounding the prison industrial complex, inequality, and injustice. In the current climate of the Bay Area (as well as nationwide), what can artists and arts institutions do to address these issues and/or help?

So many things! And I’m grateful for this question!

Find out what organizing and community work is already happening in your local neighborhoods and cities and contribute to movement building by asking those directly impacted by the issue how the skills of an artist might support them. Let’s practice humility and patience! Step outside of the role of “artist” and see yourself as an engaged and committed community member and act from that place.

Art institutions can donate space to organizers for meetings and events because along with cheap housing, we’re running out of free space to gather and work in the Bay Area. This might help build bridges between art institutions that are so often removed from (or actively displace) their neighbors. I’d also love to see art institutions take risks by curating more directly politicized work, and not shy away from issues that might implicate them. Lastly, everyone can become a monthly sustainer (donor) to local, grassroots social justice organizations. If arts funding is dwindling, you can bet grassroots organizations for social change are also in dire need of financial support!

I’m going to keep working on our storytelling project to end Life Without Parole — it’s a long process and I’m learning so much and deeply grateful for this collaboration. I also just started a job as a Restorative Justice Coordinator in two middle schools, so I’m busy learning what’s cool and what’s not cool in middle school and trying to keep my head above water!