Can Artists Afford to Live in San Francisco Any More? 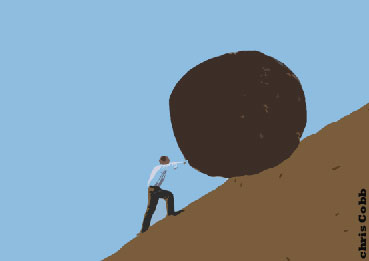 The rent is too darn high in San Francisco.

Worse yet, it’s too high for artists who come to the city looking for the culture that made it famous.

Remember the Beats? Those broke writers and poets who flocked here from around the country, coming for the cheap rent, the bookstores and the cafes? Or what about the hippies? The anti-authority generation looking for idealistic solutions to the problems of war and killing. They made this their home. They had their Summer of Love here in 1967. Admission was free.

Or what about the jazz scene in the Fillmore where anybody could pay a few bucks and catch Billie Holiday or Louis Armstrong? What happened to that? Yeah, what happened to all that?

Too much of a good thing, I guess.

Now, with rents in the $2,500 – $4,000 range common all over S.F. the kind of rag-tag subcultures that built the city’s reputation are unlikely to take hold anymore. In fact, it’s starting to look like the Bay just can’t provide the circumstances for a thriving art scene – at least not the kind it’s been known for. Maybe the future of the arts in the Bay will be all about the web and about technology, with little sense of historical context?

Don’t get me wrong though – there are a lot of great artists who come from affluent backgrounds – many do – but should they be the only ones able to produce and create without constantly having to wonder where their next meal is coming from? Or should all artists now aspire to be tech entrepreneurs as much as art stars?

It worked for Sophia Amoruso, CEO of Nasty Gal, who couldn’t get full ride scholarship to art school, so instead she used her photography skills to build a clothing empire now worth an estimated $250 million.

It doesn’t take a rocket scientist to figure out that if you are spending all your time hustling up how to pay your crazy rent and get food, your art will be less of a priority. I know idealists will argue that if you are a true artist you will make your work no matter what your situation is. And while, yes, that is technically true, my answer to that is try saying that same thing to a homeless artist. If you haven’t met any before, I can tell you it is a sobering experience. Seeing anyone become homeless is heart breaking enough, but seeing an artist become homeless is enough to make you cry.

O.k. but what if you can hang in there and make it all work for you without becoming a real estate agent or a barista? What if you can find just enough work to pay the bills, but not quite enough to really save money? What if you teach, as many of the MFA programs recommend?

Well, even if you end up teaching, the hard truth is that there are just not enough teaching jobs. What’s even more egregious is that the unions have effectively been crushed – so even great teachers with MFA’s typically get new contracts each semester. There’s no job security. And there’s certainly little or no retirement for older artists – and curators for that matter. So what are older people in the arts supposed to do if their rent suddenly goes up or they get evicted?

Is the only option then to move away? Or should artists remain in town and be really, really poor, accepting it as the price to pay for choosing a life in the arts? Or should artists just retrain and go back to school for something else so they can afford rent? Are there any solutions to the Bay Area Brain Drain Renny Pritikin noted here in Open Space back in 2010?

Just the other day SFist reported how about 100 artists and students are facing a mass eviction from a live/work space building on Market Street and 6th. The units there are supposedly illegal and although people have been their for ages, they are being kicked out. Will that real estate be turned into lofts outfitted with brand new stainless steel appliances?

With rents more expensive now than it is in Brooklyn and some parts of Manhattan, San Francisco is in serious danger of losing what has made it special. From the Beats to the Hippies to the LGBT movement, the city has always been a refuge for outcasts and underdogs. Now it’s becoming a refuge for the wealthy.

Let’s hope maybe the city council realizes that while the new money in town is providing a bigger tax base, it is also forcing out all the less affluent people in the arts who built the culture that attracted the new money in the first place.
……………………..
Lest we forget, Allen Ginsberg’s HOWL was first read at Six Gallery (3119 Fillmore Street) in 1955 with poets Neal Cassady, Philip Lamantia, Michael McClure, Phillip Whalen, Lawrence Ferlinghetti and Jack Kerouac all attending, introduced by Kenneth Rexroth and painter Wally Hedrick. Here are the famous first lines:

I saw the best minds of my generation destroyed by madness, starving hysterical naked, dragging themselves through the negro streets at dawn looking for an angry fix, angelheaded hipsters burning for the ancient heavenly connection to the starry dynamo in the machinery of night, who poverty and tatters and hollow-eyed and high sat up smoking in the supernatural darkness of cold-water flats floating across the tops of cities contemplating jazz…