In my last post, I described what I called a “simple” in electronic literature, which is basically a node of text/algorithm interaction — a point in time and space where the text and the code that is presenting it to you on the screen become apparent to the reader, and in fact cannot be ignored. Even when text is stable — not flying around, not changing shape or color, like when you are using a word processor — there is always code keeping it on the screen, and workers in electronic literature are almost always interested in exploiting the properties of this unholy alliance. A simple is more like a moment or an event than a thing; it is also not entirely textual and not entirely a process, but process made visible through text.

I found the term simple in Wittgenstein’s Philosophical Investigations, in which he argues against the presence of simples in language. He states that there is no way to reduce language to a few foundational properties upon which one can then build more complex structures. He analyzes the phrase/word “Slab!” which he observes can mean simply the thing — if one were pointing at a slab — or can be a command — “Bring me the slab!” — or any number of other variations. (Conveniently, I seem to have misplaced my dual-language copy of the book, so not only will I not be able to quote from the text, I can’t even assure you that a simple in German is an Einfach, but you can be reasonably confident that it is.) Therefore, my concept is actually founded on a linguistic concept discredited by one of the 20th century’s greatest thinkers (though he once adhered to it), but I’ve decided to forge ahead and use it. Misprision and blind co-optation has a valuable, heady tradition in literary studies, and I don’t mind being part of it.

To further complicate things, I’ve attached to each simple something that I call a “comedy,” which highlights, I believe, the active nature of the text/algorithm interaction, as well as places it somewhere within everyday comprehension. A comedy implies affect — it feels like someone is doing something to you, rather than an object merely behaving as an object does — and this sort of affect is something a normally functioning computer tries everything it can to avoid. Yes, there have been attempts to make computers cute (most notably by Microsoft when they introduced the talking paperclip as part of its help system in Word), but they have largely been failures outside of, of course, video games. 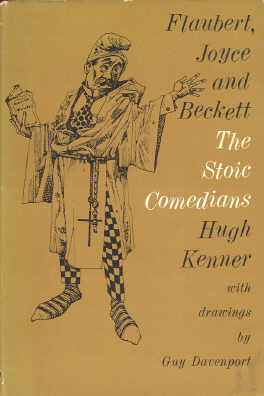 The term comedy I’ve stolen from the literary critic Hugh Kenner, who describes, in his great study of Flaubert, Joyce, and Beckett called The Stoic Comedians, three variations: the “comedy of enlightenment” (Flaubert), the “comedy of inventory” (Joyce), and the “comedy of impasse” (Beckett). Flaubert’s comedy concerned the impossibility of true human comprehension through the use of books of knowledge — Bouvard and Pécuchet are, of course, his prime examples, but even Madame Bovary is described as essentially a catalogue of literary clichés turned on their sides. Joyce’s comedy concerned his incredible use of word lists, thus turning his books into negative encyclopedias of buried trivia, while Beckett’s comedy concerned the impossibility of describing anything in language, hence his distended descriptions of everything from waking to walking in seemingly abject, certainly anti-Enlightenment, language. All of these comedies are related to the phenomenon of the book, where language for the first time (in Kenner’s view) is able to outline relations with itself — to become organized in purely lexicographical and graphemical rather than semantic systems — regardless of normative (verbal) human communication.

My first comedy is called the “comedy of subjection,” and is primarily characterized by the computer’s power to create a state of desire in the user and then to deny the user satisfaction of that desire suddenly and absolutely. My key example is Young-Hae Chang’s Dakota, which is essentially a text movie in which the text appears either as single words or short phrases, mostly tied to the rhythms of a jazz soundtrack. The text can speed up just at moments when you would assume it should slow based on the level of content, and at other times leave a perfectly worthless word remaining on the screen for longer than needed. Of course, it’s not quite as chaotic as that — the text actually has some magical moments of congruity with the jazz soundtrack that are quite clever — but it is also not as user-friendly an experience as, say, the “What Does Marcellus Wallace Look Like?” text movie that I’m sure everyone has seen by now, in which the text actively reflects — in speed, movement, typeface, size, color, etc. — the dramatic nuances of Samuel L. Jackson’s speech. 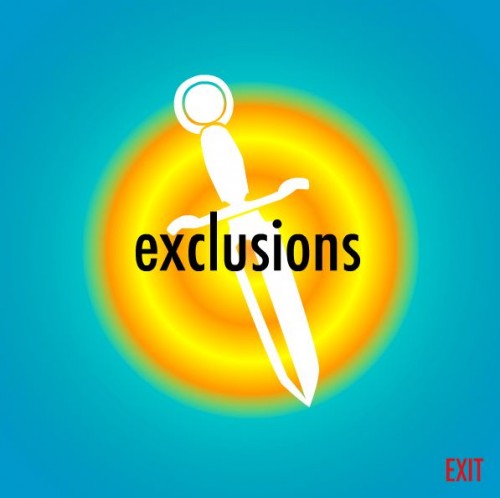 “Project for Tachistoscope,” by William Poundstone

Another work that I relate to this comedy is William Poundstone’s “Project for a Tachistiscope [Bottomless Pit],” which like YHCHI’s work presents and then deletes text on the screen. In contrast to “Dakota,” however, the words of “Tachistiscope” appear in a regular, if very fast, rhythm, and always as single words, never phrases. “Tachistiscope” is also an experiment in subliminal messages, so between the words of the story appear other words that are intended to (benignly) warp your cognition of what the primary text is conveying. The seduction of the text is heightened by the beautiful ambient soundtrack, vibrant primary colors, and engaging text/image juxtaposition. Like most of Poundstone’s digital work, such as his large-scale essay/art piece New Digital Emblems, “Tachistiscope” is characterized by an iconic (rather than realistic) use of images, a very synthetic sound design, highly saturated colors, and a clean if idiosyncratic use of typefaces.

My own piece, “Star Wars, one letter at a time,” is itself an example of this comedy of subjection. Inspired somewhat by Douglas Gordon’s “24 Hour Psycho,” which is a projection of Alfred Hitchcock’s famous film slowed down so that it takes 24 hours to complete, “Star Wars” (which is ideally projected as a gallery installation rather than on the web) presents the first draft of George Lucas’s screenplay one letter at a time over the course of several days, which is of course an unusual way to read — we tend to absorb words more by their familiar shapes, like ideograms, than we do by scanning individual letters. My hope is that enough viewers of the piece are familiar with this famous film (if not the text) such that they can pick up where they are in the narrative and follow along for a little while — an experience of “speed” reading at what is in fact a terribly slow pace. 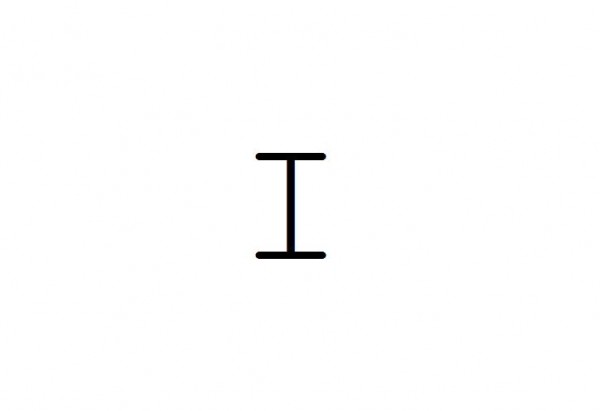 “Star Wars (one letter at a time)” by Brian Kim Stefans

There is a political dimension to the comedy of subjection, as it animates the state of having a paucity of information when in fact the desired or necessary information is perfectly available, either in the code or in the government’s servers. If “power is knowledge,” as the saying goes, then these works subject the reader with Apollonian indifference to the position of being withheld great swathes of information while tempted by its contents. Works in this category shun “interactivity,” the great buzz word of interactive art and digital literature in its earlier days, and opt instead for a strict economy of information at a pace set by the programmer/creator (with some variation, as in “Star Wars,” provided by a random-number generator). The only way to defeat this cruel provider is by having another program that can read the text for you — a few critics have already engaged in such processes on YHCHI’s and Poundstone’s work — or by cracking into the program itself, a degree of hacking that is beyond the average viewer of digital art.