I’ve been working for the past several years to find a way to discuss what has come to be known as “electronic literature” — it’s a creaky phrase that doesn’t survive parsing, hence the wavering between this term, “new media writing,” “digital literature,” etc. — in a way that is neither naively celebratory, presuming that computers will change writing the way DNA testing has changed crime television, nor overly technical, branching off into deep theoretical territory that seems, long before hindsight, to have nothing to do with literature or digital technology, not to mention graphic design, information architecture, film/photography, and video games, all of which at times seem to be relevant discourses.

The problem is that the artist/writers who can be said to be “electronic writers” are coming at it from different angles. Some have emerged from what is often called the “art world,” even though the most salient example of this, the artist group Young-Hae Chang Heavy Industries, turned to Flash (their preferred programming environment) and the internet merely as a way to get their writing out. YHCHI first started posting their works to the web in the early ’00s, when the 56k modem was the norm, and the speediness with which their lightly animated texts zinged over the web — in contrast to the often image-heavy work of other net artists — along with the humor of their work (“Cunnilingus in North Korea” is the title of one of their more notorious pieces), the caffeinated jazz soundtracks they used, and the general good writing of their work soon brought them gallery and museum commissions. 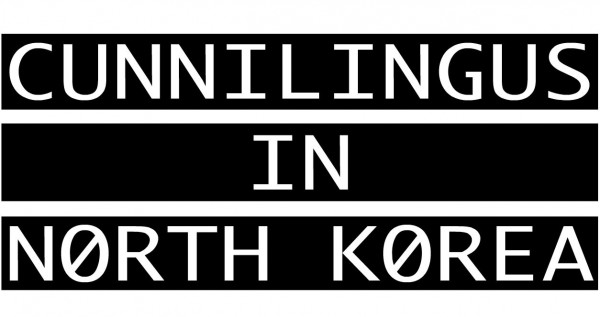 Other artists have come at it from the more familiar (at least in the community) angle emerging out of the flurry of interest in hypertext as a next step in the evolution of written language — the book is dead, long live the link. Ironically, more theory about hypertext was produced in the days before the web, when one had to work one’s way back to the one computer in the computer science department reserved for creative efforts, as Shelley Jackson did at Brown University when she was writing her now canonical Patchwork Girl (which is now, unfortunately, largely illegible due to the inability of Eastgate Systems, her publisher, to keep up with OS upgrades), than now, when hypertext is a way of life.

(In case I’ve lost you: “hypertext” is basically the practice of linking two bits of text — they used to be called “lexia,” though that term seems largely academic now — with a “hyperlink,” whether it be a clickable word or an image. In the days before “Web 2.0,” this was a simple practice — pages coded in HTML sat on some server, each page had a set of links embedded within it, you clicked on one of those links, and a new page of HTML would come up to replace the old one. This all seemed like magic after centuries of book culture, and seemed even more magical prior to the web, when the only place you could go to witness this procedure was the aforementioned reserved computer in the CS department. Here is an original copy of the first web page ever.

I generally understand Web 2.0 as the replacement of static HTML pages with a series of mathematical procedures, or algorithms, that construct brand-new pages on the fly after you click a link. Back in the day, an individual “hand-coded” an HTML page, put it on a web server, and the page sat there, appearing every so often on some computer screen somewhere once a link to it was clicked. But today, for instance, you click on “Scott Walker” in the musical preferences of your Facebook page and a little program is activated which searches out, and then collates, all of the names of the people in the Facebook database who like Scott Walker and creates a brand-new, never-before-seen, never-before-imaged (since who, after all, likes Scott Walker?) web page, untouched by human hands.)

But beyond working with basic text animation and variations on hypertext, other artists have approached electronic writing as a way to experiment with light versions of artificial intelligence (creating programs that themselves write “original” works of literature), as experimental graphic design and typography (finding a tradition in one of the great typographical experiments of the 20th century, Stephen Mallarme’s exquisite poem “Un coup de dés jamais n’abolira le hasard”), as a way to tweak the conventions of video games (which, in their more elaborate guises, such as “Red Dead Redemption,” can themselves be seen as works of literature), or as ways to play with the conventions of the web itself — “fake” websites, such as the notorious early works of the Yes Men, or significant one-off, “Blackness for Sale.”

SFMOMA has asked me to write a weekly column about some of these works and ideas; I’ve, quite apparently, accepted the offer. I don’t have a strict plan — I’d like to reserve the right to offer brilliant commentary on the next politician to bring their career to a Twitterific halt, but generally, I will be writing about a series of concepts I’ve been developing called the “simples” of digital literature. Each of these simples describes some element of the deep structure of the text/algorithm interaction inherent in all digital textuality — those places where the mathematical underpinnings of text as it appears on the screen (since there is always something at work keeping the text you are reading now visible) and how artists exploit them to create unique effects.

The usefulness of these simples is that I can use one or two of them to describe relatively simple works of digital literature — the word-movies of YHCHI I link to above — or use a bunch of them to describe something more technologically complex, such as the magisterial work by David Clark called “88 Constellations for Wittgenstein (to be played with the left hand),” which has moments of text animation like in YHCHI along with other features that require a different simple to describe. Perhaps the literary equivalent for a simple could be found in the various tools we have developed to describe poetry: meter, rhyme, stanza form, assonance, alliteration, etc. No one of these could adequately describe all poems, but taken together they can get us pretty close to describing objectively, say, some of the startling effects of Gerard Manley Hopkins’s sonnets (and might get us a little closer to the “meaning”). 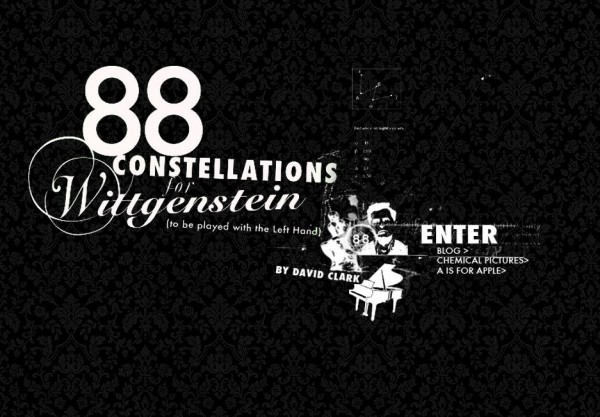 88 Constellations for Wittgenstein (to be played by left hand), by David Clark

I have also been asked to curate a short series of new digital literature works. To this end, I have commissioned digital artist/writers Jason Nelson, David Clark, Erik Loyer, Alan Bigelow, Jhave, Alison Clifford, Christine Wilks, Benjamin Moreno Ortiz, and joerg piringer to create new pieces for the SFMOMA blog. This group of artists — from Australia, Canada, England, Mexico, Austria and the United States — is among the best of the digital writers out there, and I’m sure you’ll enjoy visiting/playing their works in the weeks to come.