The periods of most inventive change in 20th-century art were times of economic prosperity and relative political tranquility — the years prior to World War I, centered in Paris, and just after World War II, centered in New York. Both periods were characterized by an exploding sense of possibility and radical innovation in the visual arts. At the beginning of the century, Pablo Picasso, Henri Matisse, Marcel Duchamp, and a host of others revolutionized the character of art, giving form to what we now call Modernism. Similarly, at midcentury, Jackson Pollock, Robert Rauschenberg, Andy Warhol, and many more reinvented Modernism itself. (Examples of these artists’ works and others are on view in Selected Histories in SFMOMA’s second-floor galleries.) 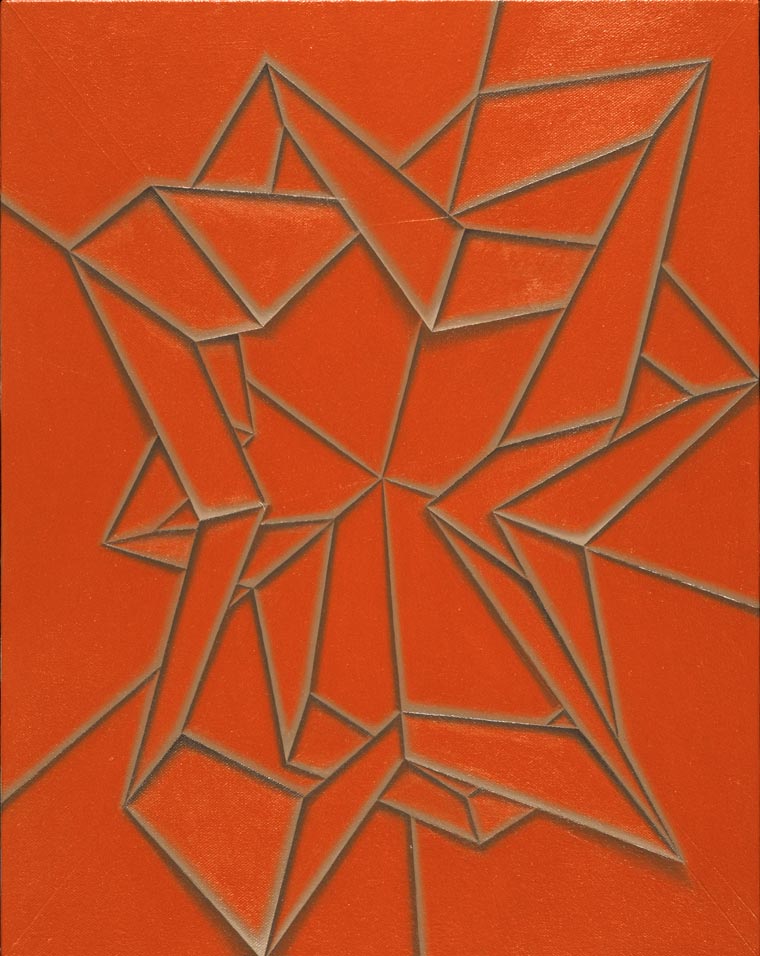 The conditions of the present, in contrast, are marked by tensions and contradictions. A sense of uneasiness and anxiety pervades our lives. Despite continuing, extraordinary technological and scientific breakthroughs, despite invention and innovation, any vision of the future remains obscure and opaque. Disasters of unprecedented, previously unimaginable scale loom on the horizon, yet a faith in the power of human imagination challenges pessimism and fatalism.

Artists do not create change but rather reflect the situation and conditions of our cultural existence in the present. Our time is not one of radical artistic breakthroughs, yet artists as creators cannot simply restate what has come before, cannot only reiterate the issues and styles that stand as precedents. Their voices are voices of their particular lives and of the culture in which we live together.

In taking stock of visual art in the first decade of the 21st century, the issue of how to go forward remains vivid, but it is reflected more through the lens of the past than of the future. And perhaps it is not surprising how often artists today are scrutinizing and reckoning with those two great periods of radical invention 100 years and 50 years ago, reconsidering conclusions that were reached and finding loopholes in what once had been abandoned.

Painting, while at the center of visual arts in the West since the Renaissance, was nevertheless one of the spearheads of 20th-century artists’ attacks on tradition and the past. In a short period of time, it was in turn challenged as not radical enough to be relevant for exploring and expressing the issues of contemporary life. Yet again today artists are reconceiving painting embedded within the legacy of Modernism, painting not as a window onto or a reflection of an external world, not as illusion, but rather as an expressive, odd, obdurate object unto itself. Some material on a support hanging on a wall, more or less two-dimensional, more or less rectangular or square, a painting partakes of tradition. But without function or utilitarian purpose, a painting is a field for the extravagances of the imagination, a self-contained ambiguous muse for potential meaning. A “painting” remains exceedingly basic but unfettered. 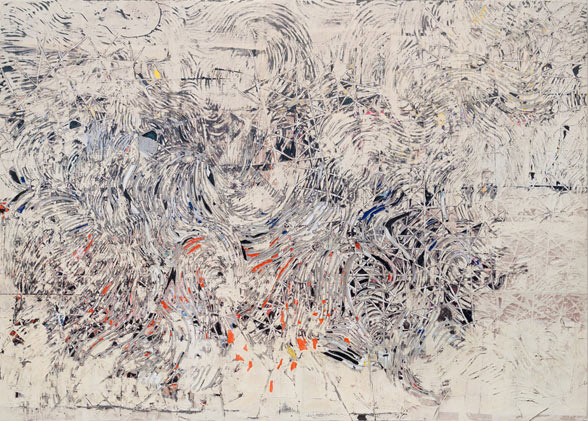 In this first decade of the 21st century, painting retains an integral place in the continuing invention of contemporary art, as evidenced in The More Things Change. Mark Grotjahn confronts Picasso’s primitivism with totemic masks lurking in rippling, patterned striations of color. Amy Sillman explodes cubist structure. Tomma Abts layers and distorts the geometries of Constructivism. Sergej Jensen, rooted in German artist Kurt Schwitters’s small-scale collages, joins fragments of stained canvas over a painting’s stretcher bars. But it is Abstract Expressionism — once left for dead by Pop and minimal art — that most strongly echoes and reverberates today. Mark Bradford lays claim to Pollock’s monumental canvases but avoids Pollock’s crushing presence by piecing his works together from scavenged paper — layered, rippled, sanded, and bleached. Pae White similarly evokes Pollock and his giant skeins of paint, but using one of the most traditional of mediums — tapestry composed of thousands of intricately interwoven threads. Sillman boldly distills the armature of Willem de Kooning’s paintings. (De Kooning once declared that Picasso was the one to beat.) Mary Heilmann’s Fire and Ice Remix consciously evokes the most famous Revlon lipstick of the 1950s — a Pop source, but fusing Franz Kline’s gestures to Barnett Newman’s fields of color. Charlene von Heyl deftly avoids any particular association while recalling the unfettered aspirations of the great midcentury explosion of gestural abstract painting. Elliott Hundley finds resonance in the layered assemblages of Rauschenberg (the first lethal assaults on Abstract Expressionism) but in a form now floating and ethereal. The assertiveness found in earlier precedents has been replaced by contingency, and instead of manifestos or declarations of common missions, we now have personal voices, each finding its own way. 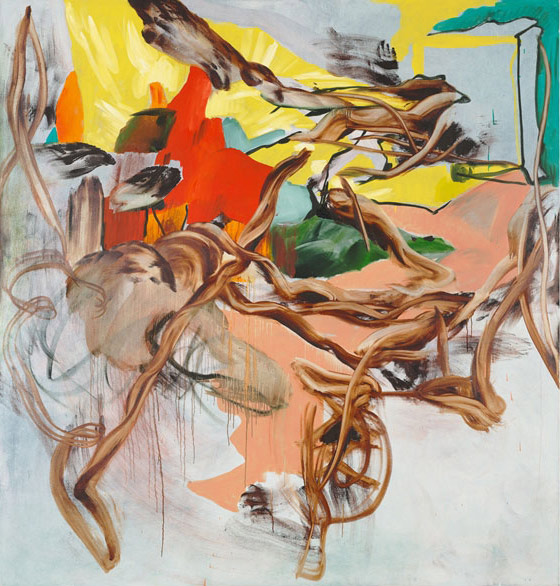 Paintings are sensual and physical. They remain linked to the body — the twist of the wrist, the reach of the arm, the skin stretched over a skeletal armature. The qualities of color, material, and scale are essential to their character and impact. Even in an age when electronic, virtual existence assumes an ever-larger share of experience, the human body continues to seek and demand attention. Physical experience retains its urgency, the source of sublime delight and infernal anguish, embedding memories, shaping identity. Painting continues to be relevant and tied to both tradition and the new, to the past and our present.