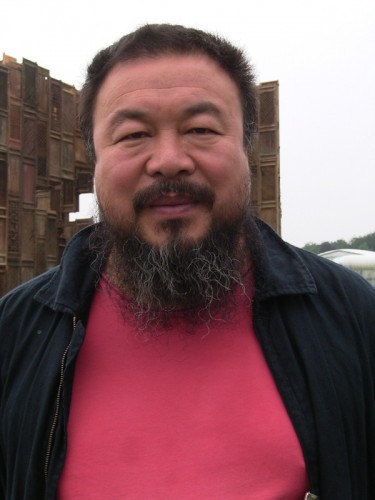 In response to the recent arrest and detainment of Chinese artist Ai Weiwei in Beijing, the Guggenheim has launched an online petition to express concern for Ai’s freedom and call for his release.

In response to the recent arrest and detainment of Chinese artist Ai Weiwei in Beijing, the Guggenheim has launched an online petition to express concern for Ai’s freedom and call for his release. Leading museums around the world have joined and launched the online petition through their Web sites, Twitter, and Facebook sites, including the Association of Art Museum Directors (AAMD); Museum of Modern Art, New York; Tate, London; Gwangju Biennale, Korea; and the Musée national d’art moderne/Centre de création industrielle, Paris. We sincerely hope that our collective action using Ai Weiwei’s favored medium of social sculpture will promote Ai’s liberty and the principle of free creative expression.
See the Guggenheim’s online petition calling for Ai Weiwei’s release.

OVERVIEW
On April 3, internationally acclaimed Chinese artist Ai Weiwei was detained at the Beijing airport while en route to Hong Kong, and his papers and computers were seized from his studio compound.

We members of the international arts community express our concern for Ai’s freedom and disappointment in China’s reluctance to live up to its promise to nurture creativity and independent thought, the keys to “soft power” and cultural influence.

Our institutions have among the largest online museum communities in the world. We have launched this online petition to our collective millions of Facebook fans and Twitter followers. By using Ai Weiwei’s favored medium of “social sculpture,” we hope to hasten the release of our visionary friend and artist.

To the Honorable Minister Mr. Cai Wu
Ministry of Culture of the People’s Republic of China

CALL FOR THE RELEASE OF AI WEIWEI

Our museums are members of the International Council of Museums (ICOM) and the International Committee of ICOM for Museums and Collections of Modern Art (CIMAM), a non-governmental organization with formal relations with UNESCO. On April 6, CIMAM sent a communiqué calling for the release of Ai Weiwei. Our museums, foundations, and communities of Facebook followers and Twitter fans support CIMAM’s statement:

“The detention of artists and activists is not only inconsistent with China’s commitment to the fundamental freedoms guaranteed in the Universal Declaration of Human Rights and in China’s own constitution, it is also inconsistent with the Chinese government’s pledge, through the Ministry of Culture, to promote all artistic disciplines and to advance artistic ideas. As organisations that represent modern and contemporary art around the world, such actions and the obscurity surrounding them are diametrically opposed to our values. They are of grave concern and consequence for the well-being of Ai Weiwei and for the artistic community at large, and hinder future collaboration with the Chinese colleagues we welcomed at our recent annual meeting in Shanghai.”