The exhibition The More Things Change (“TMTC”) samples SFMOMA’s collection to present a range of works made since 2000, offering a selective survey of the art of the last 10 years and a thematic and psychological portrait of the decade. Some common themes emerge: fragmentation, fragility, entropy, metamorphosis, reconfiguration. The exhibition itself will continually change, with a varying array of works on view. TMTC is also an unprecedented collaboration among all five curatorial departments at the museum: over the course of the year, Open Space will present texts from each of the 10 curators. 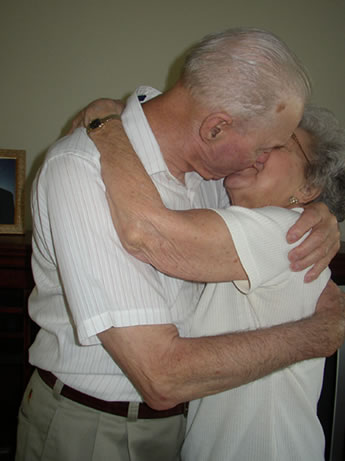 So things have changed. This collaboratively curated show has come together at a moment when paintings peacefully coexist with open, participatory projects; photography “after photography” shares the digital space with film and video; and sculpture still questions its relationship to space but also investigates its relationship to design, insomuch as design has entered the fine-art context. Contemporary artists navigate a realm beyond theories and trends: We have entered an age of mash-ups and feedback. Our remix culture, haunted by the specter of the postmodernist “anything goes” attitude, generates a multiplicity of references, quotes, fragments, and formats, where every work of art or object is realized through a set of variables, or a series of versions. Creating things with definite, finished forms appears to be a thing of the past. The museum today accepts change as an intrinsic part of contemporary art.

The notion of what a “thing” is has changed, as well. Looking at the mix of formats in The More Things Change, I see a decade that has produced not only individual works but also practices — or, in other words, things created as part of a practice. Numerous works now address the artist’s direct engagement with not only curators but also registrars, conservators, installation crews and art handlers, and, last but not least, the public. These works need to be produced, performed, and activated by people, sometimes through processes without defined rules. While the majority of artworks on display here still seem to be based on a traditional notion of a “finished” work, we can no longer be sure whether or not an action on the visitor’s part might be implied. This suggests that any experience of walking through an exhibition today is fundamentally an open situation. The viewer is not only implicitly but also often explicitly a part of the art. 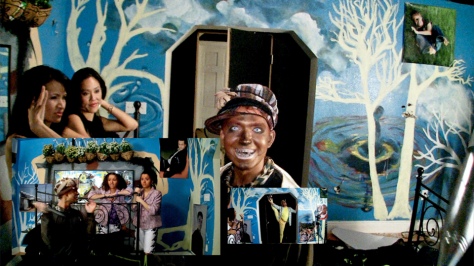 Artists, while still exhibiting material objects, frame and sell immaterial situations. A whole practice is about this: to seize and offer opportunities for engagement. Tino Sehgal installs a performative situation in the museum’s atrium, while Stephanie Syjuco activates the fifth-floor overlook gallery, inviting a whole community of artists to participate in, and visitors to support, this tactical intervention into the museum’s modus operandi. These modes of practice are akin to multitasking — a gallery is a gallery is a shop is a school is a cinema is a theater. And accordingly, the category of artist can encompass not only cook or bartender, but a variety of practices once considered unrelated to the creative process or the making of any sort: archeologist, activist, educator, service provider. If the art or the artist can be virtually anything — paralleling the exchange value of capital — then the artist is freed from the studio and can become a consumer who refrains from any active participation in the actual production process. Contemporary artists take on temporary, tactical roles, but never without an understanding of its potential to be inclusive. In turn, the visitor/participant can assimilate the role of the artist and the museum is asked to be a production partner. The museum’s identity as purveyor of autonomous artworks is no longer disrupted when it operates temporarily as laboratory, school, platform, playlist, or shop. One might even suspect that the museum finds a vision of its future in those operations that clearly expand the notion that a museum is only a space for the simple contemplation of art. If video, for example, per artist Ryan Trecartin, translates “vibes into narrative time sculptures that story shuffle questions into abstract plots of now,” things are kept in flux and endlessly layered.

One of the most fascinating questions for me as a curator at SFMOMA is the challenge we face when collecting works of art that are constantly reframed, reprocessed, revisited, reenacted, or, as in Trecartin’s vision, reshuffled. Allan Kaprow’s minimalist definition of a happening — things happen — now applies to institutional space, as well. Whatever the performative process is in the galleries in the end, it’s been a collaborative, discursive “thing” that exceeds the material “thing-ness.” Things are not a given fact but configurations revisited in and with the public. We’re not simply hanging a collection; works based on variables such as media and contributors let us actually think of running a show as something that all agents in this process are performing.

Any museum visit is a performative act encompassing perceptions, selections, omissions, revisions, and crosscuts. “Performing” an exhibition, however, goes beyond that. It not only includes scheduled or ongoing live events but possibly also daily acts by artists, staff, and visitors — a reconfiguring of things, in subtle or even bold ways, as they are revisited at different times and by different people. The museum is perceived less as the site of institutional dogmas and more as a situation to explore and a terrain to act upon. While this has always been the case to a certain degree, we — the museum and our visitors — are actually quite comfortable with this now. And that is what I mean by “things have changed,” even inside the museum.

Rudolf Frieling is curator of media arts at SFMOMA. The More Things Change is on view on through October 16, 2011. Excerpts from these statements by curators will appear in the galleries at various points during the exhibition.