This is pt. 3 of my meditation on a theme drawn from Elliot Lavine’s typically-inspired grab-bag film series NOT NECESSARILY NOIR, currently in progress at the Roxie Theater (Click on highlighted sections for trailers, etc. Click here for pt.2, the previous entry in this series): 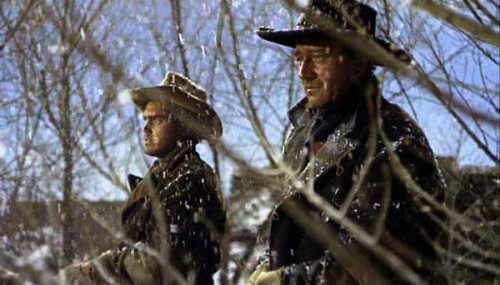 Hardcore (1979), Paul Schrader’s second effort as writer/director, is both a fascinating and pleasurable document of now long-lost spaces and gestalts, and an artistic failure. After a short but spectacular career of killing off malevolent father-figures, either by bullets or scorn, Schrader dealt with his father directly — and choked. In this modern day version of probably the greatest film western, John Ford’s The Searchers (1956), the director recreated the story of John Wayne’s Ethan Edwards, a racist veteran of the Confederate army who pursues a Comanche tribe for seven years in order to recover his abducted niece, Debbie. Wayne is accompanied by Debbie’s “half-breed” adopted brother (Jeffrey Hunter), who is even more dedicated to the pursuit, and aims to find and save her first — for he’s discovered that Wayne’s repressed hysteria regarding miscegenation motivates him not to rescue the now adult Debbie (played by Natalie Wood), but to kill one of his own blood who’s “been livin’ with a buck!” 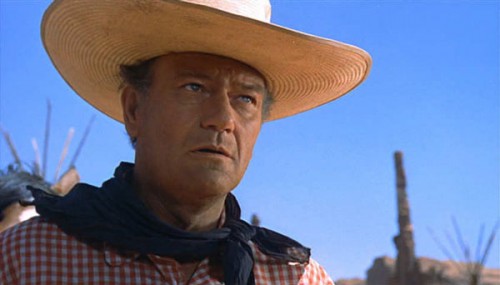 Wayne’s rich, complex portrayal of a man of mystery characterized not just by his racism and psychosis, but by an undeniable, deep humanity, has for many decades been the prime cinematic cipher to decode for all who wish to unravel the dark enigma of American racialized madness. The Searchers and its majesty had been the primary source for Schrader’s generation of narrative film artists to study and model in their necessity of coming to terms with their fathers, grandfathers, and all the rest who bore the mark of an Aged Cain in the on-going generational conflagration. Schrader himself had organically enfolded The Searchers’ Wayne and Jeffrey Hunter characters into Travis Bickle’s make-up. But while Travis’s “redemption” had been — appropriate to the Vietnam era — tersely ironic, a man of the “movie brats'” grandfather’s generation had sought and found the emotional/historical/aesthetical deliverance for which they all yearned in the creation of The Searchers‘ climax: the supreme transcendental moment of the American cinema, Wayne’s miraculous transformation and reconciliation to Debbie. It is a moment which can only be understood by the preparation of the film’s preceding two hours, but had been aptly described in the days of the movie brats’ youth by “uncle”, Jean-Luc (Godard): “Mystery and fascination of this American cinema… How can I hate John Wayne upholding (Barry) Goldwater and yet love him tenderly when abruptly he takes Natalie Wood into his arms in the last reel of The Searchers?” Wayne reaches down to pick Wood up 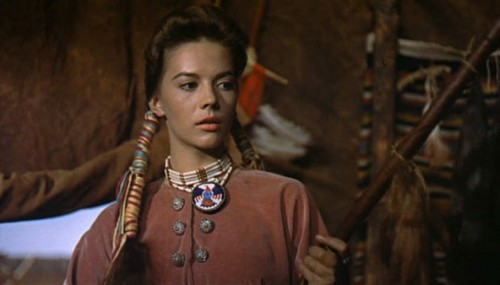 with what she and the audience have every reason to believe is murderous resolve. As she is scooped up and lifted by Wayne’s massive hands, Ford, against all rules of illusionist film grammar (and three years before Godard’s Breathless), employs the most subtle and profound jump-cut in narrative film history — there is the tiniest elision, and Wood finds herself up in the air, as if pulled from the womb and lifted into light. This jump-cut is invisible to the untrained eye, and contains within it an invisible, but psychically registered spiritual transformation: rage given over to love, age reconciled to youth, feminine united to masculine, a psychotic reconnected to his soul. This brief moment by Ford was the culmination of forty years of filmmaking and a lifetime of contemplation. Schrader was a rigorously trained academician (of the now old school) specializing in spirituality and the transcendent, as well as a brilliant writer on and of films — but The Searchers was not yet a model for which he had the chops. 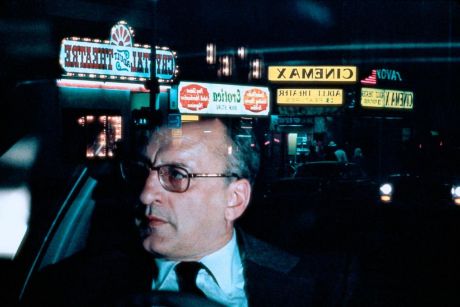 Hardcore is the lurid tale of a Grand Rapids family patriarch, Jake VanDorn (George C. Scott), who discovers his missing teenage daughter has become embroiled in the world of hardcore pornography in California. With the help of a private detective played by Peter Boyle, and Niki, a prostitute (Season Hubley), Scott attempts to track down and reclaim her. The film portrays a dichotomous Manichean world of clear, rigid morality vs. hyper-depravity. Schrader starts out in the wintry landscape of his childhood, employing old friends and relatives (including his mother) to play members of the VanDorn family. It is a cozy, seemingly loving world, the inhabitants of which would be difficult to lure away, but for its sexlessness. The writer of Taxi Driver still found the pornographic universe “Endlessly diverting. It smooths you out… like a Quaalude. You sort of get wiped out.” Schrader hadn’t yet resolved his feelings regarding his adopted “country” of the coastal USA: “The context from which I come is still far stronger than the context in which I am… Fifty years ago the hooker had to justify herself to the bourgeoisie; now the bourgeois has to justify himself to the hooker and her world. In a way, the George C. Scott character is a mystery man (in today’s society). He’s a Calvinist, he goes to church, he believes in social order, he believes that he will be redeemed. He’s my father, and I love the idea of making my father into a tour guide of sex-oriented America.” 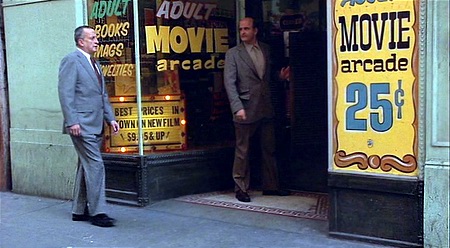 The film was for at least a portion of its production entitled “Pilgrim”, the lovingly dispensed favorite epithet of The Searchers’ Ethan Edwards. Schrader’s friend (and fellow Calvin College alumnus), novelist Fredrick Mannfred, around for the production, said (presumably regarding this name change) “It has to be Hardcore, because it refers to more than pornography. You have to understand… Calvinists are saved. They’re going to heaven when they die. They know it, just as they know the Bible is the word of God. They do not question, which is why they can beat you in an argument. That’s the hard core—the hard core of truth.” 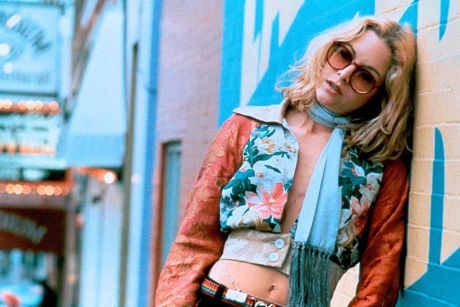 The hard, indestructible nut of Jake VanDorn’s conviction is Hardcore‘s downfall. Unable to break free of his subconscious identification with his father, and thereby come to terms with the psycho-pathology of the actual man, and possibly create a real character with tragic dimensions (à la The Searchers’ Ethan Edwards or Schrader’s own Travis Bickle), this constant analysand took instead the half-hearted Oedipal revenge of tossing an idealized version of his father into his own “candy shop” world to watch the old man suffer. Ten years later, the film made him uncomfortable: “I succumbed to the sort of glorified, prurient nature of the sexual underworld… That’s what we all do… misfits from small towns across America go out to Hollywood, make TV and movies and pump it back into our parent’s homes and try to make them feel guilty.” 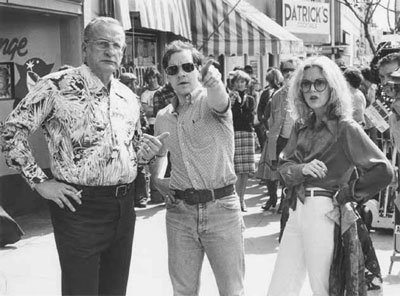 Hardcore‘s trailer (unfortunately not currently available on Youtube) had been truly disturbing to this twelve-year-old in 1979 — George C. Scott freaking out in a movie theater, forcing himself to watch the screen as he sobs and screams: “My God! That’s my daughter!” When I finally saw the film in my late teens, after learning it had been made by the writer of Taxi Driver, one of my all-time faves, I was now disturbed by the feeling that at its core, Hardcore was soft. There was some kind of evasion at work, a failure to look at and deal with some profound personal issue…

Click here for the conclusion to Hardcore: Paul Schrader in the 70’s.