Inspired by Elliot Lavine’s typically-inspired grab-bag film series NOT NECESSARILY NOIR, currently in progress at the Roxie Theater, I’ve been contemplating a particular theme (from among many possible) dealing with several works in this series, most of which have yet to play: 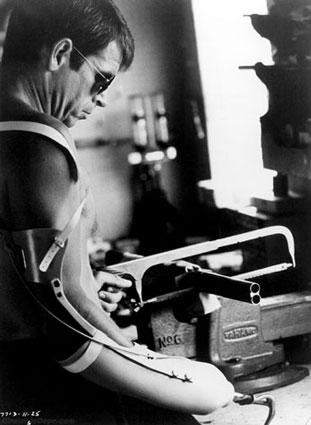 Nobody has ever talked more cogently about film than Paul Schrader. In the early 70’s, after his first flush of success as a screenwriter, an old girlfriend approached him for a diagnosis of her new script, a feminist western. “What it needs”, he said, grabbing a loaded .38 from his writing desk, “is more of this!” A one-time theology student and aspiring minister-turned-film critic, he’d proven his spiritual inclinations and intellectual chops with the recent publication of his book, Transcendental Style in Film: Ozu, Bresson, Dreyer. As a critic, he’d been something of a snob, wading into pulpy territories with the condescending curiosity of a taxonomer exploring outré genre forms—this approach hit pay dirt with his article Notes on Film Noir, arguably the key piece published in English on this cinematic realm. Now, having taken the gamble to try his hand as a filmmaker — first as screenwriter, then later director — he was confronted by the classical dilemma of the narrative artist’s prima materia being the make-up of his or her own personal psychology. Schrader’s psyche was filled with vermin and demons. His sexual repression, justified rage, and fantasies of self-destruction/deliverance, involving self-administered bullets and plumes of blood and brain-matter, would make for one of the most potent overriding visions in American cinema of the 70’s. 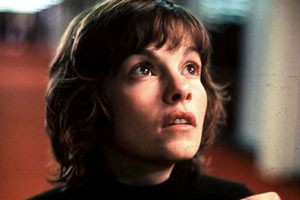 Paul Schrader grew up in Grand Rapids, Michigan, the product of a Dutch Calvinist family. As a boy, his mother gave him a lesson in Calvinist doctrine by pricking his finger with a pin: “You know how that felt? The moment the pin went in your finger?” “Yes”, answered the child. “That’s what hell’s like all the time”, his mother informed him. Paul witnessed the constant abuse of his elder brother, Leonard. “I got whipped six, seven days a week”, Leonard later recalled. “My father leaned me over the kitchen table, took the extension cord from his electric shaver, and whipped my back with the plug so I’d get little pinpricks of blood, a nice little pattern of dots up and down my back, like I’d been to the doctor for an allergy test… My mother whipped me with a broom handle… Sometimes she’d break it right over my back.” The ritualized beatings seared a profound sense of injustice into the young Paul’s psyche: “(It) helped me build up strength to confront my father, and I swore that when my time came to do battle with him, I would not lose.” In keeping with Dutch Calvinist convictions, the brothers were forbidden to go to movies, and pop music was banned from the house — catching him listening to a Pat Boone song one day, Paul’s mother smashed the radio against the wall. Dying for a bit of freedom, Paul often begged to be sent to a military academy for the summer. Finally getting his wish, he was sent to a school in Virginia where he became radicalized: “We had a Jewish boy on our floor who was relentlessly hazed. I hadn’t even met a Jew before; I had no idea why he was being hazed, so I took his side. And at the same time, Martin Luther King was marching just about ten miles away across the (North Carolina) border… I snuck out and watched the marches and saw all the people being arrested. My mother… blamed everything that happened to me, and everything I did afterwards on this.” Schrader returned a rebel, entered Calvin College (a seminary also offering a liberal arts curriculum), and — while remaining a “damn good” student — blazed a trail of raucous revolt across campus, at first via the usual drunken partying, then—guided by his brother—by taking over the school newspaper and starting a campus film society to show such previously forbidden fare as Last Year at Marienbad, Dreyer’s Ordet, and films by Ingmar Bergman. By the end of his time at Calvin, the newspaper offices were covered with pictures of Mao and Ho Chi Minh, and Schrader had participated in diverting school funds to pay for the newspaper staff’s trip to Washington D.C. to partake in an anti-Vietnam war rally at the Pentagon. 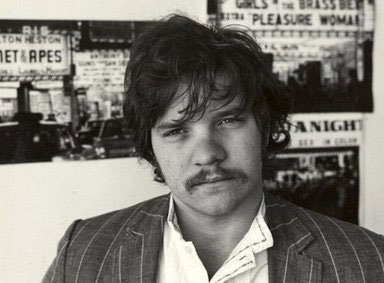 Film was as much a part of the youth culture into which Schrader was trying to immerse himself as rock-n’-roll, and he’d spent the summer before his senior year at Calvin in New York, soaking up film history classes at Columbia. A chance meeting with Pauline Kael led to his recruitment into her circle of acolytes, the “Paulettes”, and her fixing it for him to be enrolled in the graduate program in film studies at UCLA. Within a few years, he’d been hired and fired as film critic for the L.A. Free Press, got his Master’s degree, become editor of Cinema, a serious film journal, received the only critical fellowship in the initial version of the American Film Institute, and turned over his manuscript of Transcendental Style in Film for publication. Visiting Kael in New York, Schrader found to his surprise she’d set up a career for him as one of her satellite critics at a Seattle newspaper, and needed immediate confirmation he’d accept. He’d been toying with the idea of writing screenplays, so he turned her down, a choice he almost immediately came to regret.

Within six months Schrader had written a first script which couldn’t find financing, crashed out of the American Film Institute after coming into open conflict with its head, George Stevens, Jr, and ended his marriage. “I fell into a state of manic depression”, he said years later. “I was living with someone at that time” — the woman his affair with whom had been the cause of his divorce — “and she got so fed up with me that she split. I was staying in her apartment, waiting for the cupboard to run out of food. I got to wandering around at night; I couldn’t sleep because I was so depressed. I’d stay in bed till four or five p.m., then I’d say, ‘Well, I can get a drink now.’ I’d get up and get a drink and take the bottle with me and start wandering around the streets in my car at night. After the bars closed, I’d go to pornography. I’d do this all night, till morning, and I did it for about three or four weeks… until I was saved from it by an ulcer. I had not been eating, just drinking… In “enormous pain”, he checked into a hospital. It dawned on Schrader that the nurse who admitted him was the first person he’d spoken to in weeks. “When I got out… I realized I had to change my life, because I would die… I decided to leave L.A. That was when the metaphor hit me for Taxi Driver… the man who moves through the city like a rat through the sewer; the man who is constantly surrounded by people, yet has no friends… That’s the thing I’d been living… The film is about a car as the symbol of urban loneliness, a metal coffin… I wrote the script very quickly, in something like fifteen days… It just jumped out of my head like an animal… As soon as I finished writing—I wrote it for no commercial reason, just because I saw that was the need—I gave it to my agent and left L.A.”

Click here for the next installment of Hardcore: Paul Schrader in the 70’s.