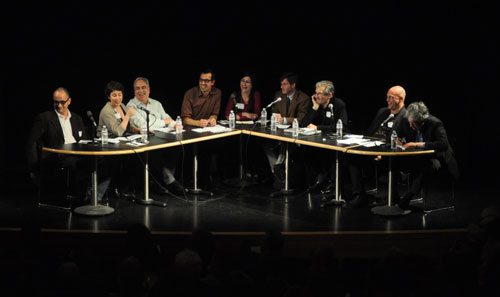 This week SFMOMA is hosting a major symposium on the current state of the field of photography, with events last night and this afternoon. Today’s reports on last evening’s discussion are from Joshua Chuang, Assistant Curator of Photographs at the Yale University Art Museum, and Sarah Miller & Brendan Fay, both postdoctoral fellows, at the University of Chicago and Stanford University, respectively. They’ll follow up tomorrow with more on this afternoon’s discussion. The initial texts from the symposium participants are here. Other blog posts addressing the question “Is Photography Over?” can be found here.

Is photography over? Ever since SFMOMA announced that it would be assembling some of the field’s most prominent historians, critics, curators, and practitioners to answer this provocative question, there has been much speculation as to what the question itself was really asking. Given the energy coursing throughout the Phyllis Wattis Theatre (which, along with two overflow rooms within the museum, was filled to capacity), it was clear however—even if the scope of the question was not—that there were more than a few people who felt that something was at stake.

Acknowledging the deliberate provocation of the symposium’s title Corey Keller, who conceived of the event, kicked off the proceedings by issuing a hope that issues of semantics (what is meant, exactly, by the terms “photography” and “over”?) might be sufficiently ironed out so that other substantive questions might be addressed. If there is something over in photography, Keller asked, what is it? And if that aspect of photography has truly passed, does it really matter? 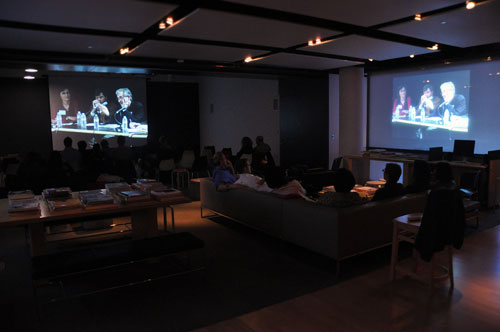 As a curator working with a university museum that is situated, both functionally and physically, at the intersection of a school of art and a department of art history, I came to the event with a particular interest in the outcome of the exchange. Yale’s undergraduate photography classes have been perennially oversubscribed for years, yet the central question on minds of the school’s MFA photography students seems to be: how do I make my work feel new after everything has already been done? Is a love of the medium and its capabilities enough to perpetuate photography’s relevance?

Yes, according to diCorcia, Aletti, and Galassi. If photographs being made today continue to offer cultural and emotional meaning, even with a more sweeping public knowledge of how easily photographic content can be manipulated, does it make a difference how they were made? It does for Snyder, Nickel and Stimson, who by and large felt that there has indeed been something lost—a particular sensibility, depth of investment, a certain satisfaction to be derived from photographic images being made and disseminated today in the context of art galleries and museums.

Seeing so many curatorial colleagues from other institutions in the audience brought to mind the inescapable fact that this discussion was taking place within the context of an art museum, a point that was discussed at length by the second panel. Was all the anxiety about something coming to an end actually emanating from institutions themselves rather than the creators of these things we call photographs? Are institutions with segregated photography departments truly able to provide their audiences with a context that is robust enough to present the increasingly varied ways in which artists are using photography in their respective practices? (This question, incidentally, was one that was also posed earlier this year in a closed-door session by the Museum of Modern Art’s photography department.)

Given the passionate and at times heated exchanges of the symposium’s first day, I’m eager to hear what gets agreed upon—if anything—during this morning’s deliberations. 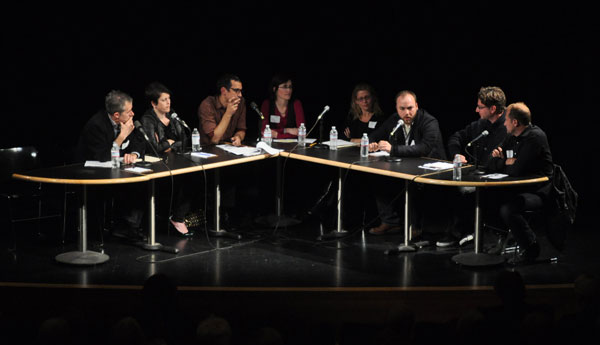 “What is at stake today in seeing something as a photograph? What is the value of continuing to speak of photography as a specific practice or discipline?”    This symposium was convened under the sign of a single, overarching question—inflammatory yet utterly benign; can we call it pustular?—but it’s these secondary questions that have assumed primary importance. Do these questions really constitute a single line of inquiry? Does the answer to any one necessarily entail a particular stance on the others?

Corey Keller described the symposium’s title as a “blunt instrument,” and it’s been an effective tool for drawing investments and assumptions out into the field of play. The position papers paid blissfully scant attention to questions to digital technology and truth, instead zeroing in on art photography in art museums as the key topic—and institutional structures, framing contexts, and constituencies as the key issues—when these kinds of questions are advanced by this kind of institution.

Two other anticipatory questions arose from the setup and published responses, although the initial round of discussion intensified rather than resolved them. First, what’s the supposed urgency of this exact moment? Why is the question for 2010 one of photography’s existence or continuation, as opposed to its theory or its meaning or the state of research (as asked elsewhere across the last decade)? Second, what’s history’s place in the discussion? When we debate “photograph” and “photography” as labels for either artistic production or social practice in the present moment, do we take it for granted that we’re also rewriting historical categories?

Does photography deserve our nostalgia? The panelists were nearly as divided on nostalgia—is it a negative attitude or a positive one?—as they were on photography, making the question multi-dimensional. Both panels found themselves circling the question of a meaningful history, in particular a connective history. Is there a narrative that can hold the history of photography together with its present—or are we better off without one?

Some were adamant that photography is fundamentally continuous, while its materials and technologies continue to evolve, while others felt that the question itself (“Is Photography Over?”) might be the meaning of photography now. Douglas Nickel and George Baker both asked, in different ways, what is useful about the sense of crisis, the question of obsolescence, the worry over ontology. Can we ask what is desirable and interesting to us about a given technology, or historical construct, or attitude, at a given moment? As Geoff Dyer wondered, why isn’t photography more elegy-prone? Some scorned nostalgia; others sought to reclaim it. Mostly they debated: if we’re nostalgic, for better or worse, what are we nostalgic for? What’s lost in photography, and what continues in new guises? For what do we need the past, or a sense of tradition?

A number of participants on the (more contentious) first panel sought alternate modes of continuity: Vince Aletti feels photography is vital as ever as a way of engaging the world, though its techniques and materials evolve; Peter Galassi argued that photography is getting along just fine, although we ought to realize that photography and talking about photography are two different things. Talking, he said, won’t resolve any of the present questions about making, but we still see evidence of photographers’ mining the medium’s tradition and vocabulary in their work. (For Keller, a bit more evidence, at least when it comes to print quality, would go a long way; for Philip-Lorca diCorcia, nostalgia for technique as such can only function negatively.) For Joel Snyder, on the other hand, these notions of continuity in photography—defining photography as continuity—amount to an intellectual disservice, masking profound disparities among historical and contemporary sensibilities, concerns, modes of production and display, and demands placed upon image-makers by audiences and institutions. Blake Stimson suggested we put aside one tactic—defining photography according to its unique technology-delimited aesthetics—and look back to an equally foundational tradition of its sociality in order to make sense of its current potential both quotidian and critical. All were willing to accept photography as a coherent abstraction, much more so than on the second panel.

The second panel, by contrast, was quite comfortable with photography’s dispersal into a broader category of “imaging practices.” Charlotte Cotton was most direct about the potential consequences, linking widespread cultural shifts—in who’s making images and how they’re disseminated—to the need to rethink older models of institutional authority. And the panel culminated in questions about how our existing infrastructure, both institutional and intellectual, might illuminate what’s happening now. In other words, it’s not just lens optics or stillness or ‘the photographic’ that’s at stake here. The big questions have as much to do with museums, perhaps modern museums specifically. They’re questions about balancing stewardship and historical interpretation with new acquisitions and real-time cultural interventions, about material history in the live feed. We spectators won’t know the ‘official’ questions addressed in today’s closed-door morning sessions until the public afternoon gathering, but the basic challenges seem clear.