Whitman Donaldson is a former Creativity Explored participant who became an eager and enthusiastic member of the studio in 2009. Donaldson displays these same traits in his artwork, with an emphasis on figures and forms from pop culture. His work ranges from spare, elegant graphite drawings to densely collaged mixed media pieces, and vibrant homages to his heroes from the music and film worlds. 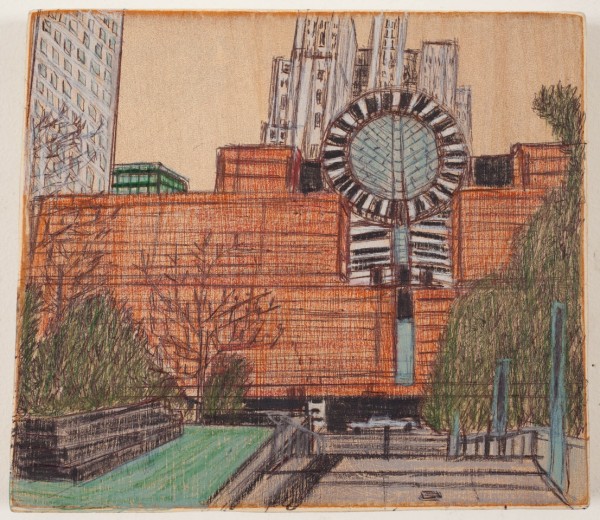