Michael Nicoloff is the author of the chapbooks “Punks” and Mixed Grill (Monologue Version), as well as the CD “Punkses” (After Ketjak). With Alli Warren, he wrote Bruised Dick and Eunoia. Formerly a curator of the (New) Reading Series at 21 Grand and Artifact, he presently serves on the board of Small Press Traffic and is an organizer with the Bay Area Public School. Work of the poetic and critical variety has appeared in 6X6, TRY!, the Brooklyn Rail, Frontier Psychiatrist, and elsewhere, as well as on 1630 AM KChung radio. He lives in the San Francisco Bay Area. 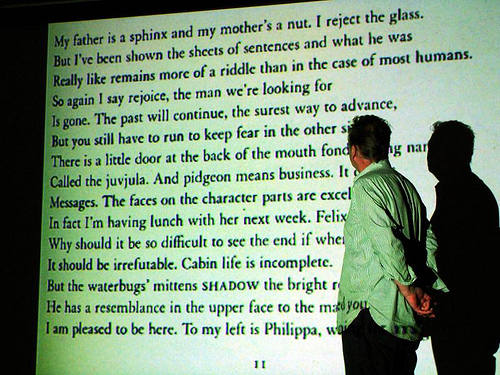