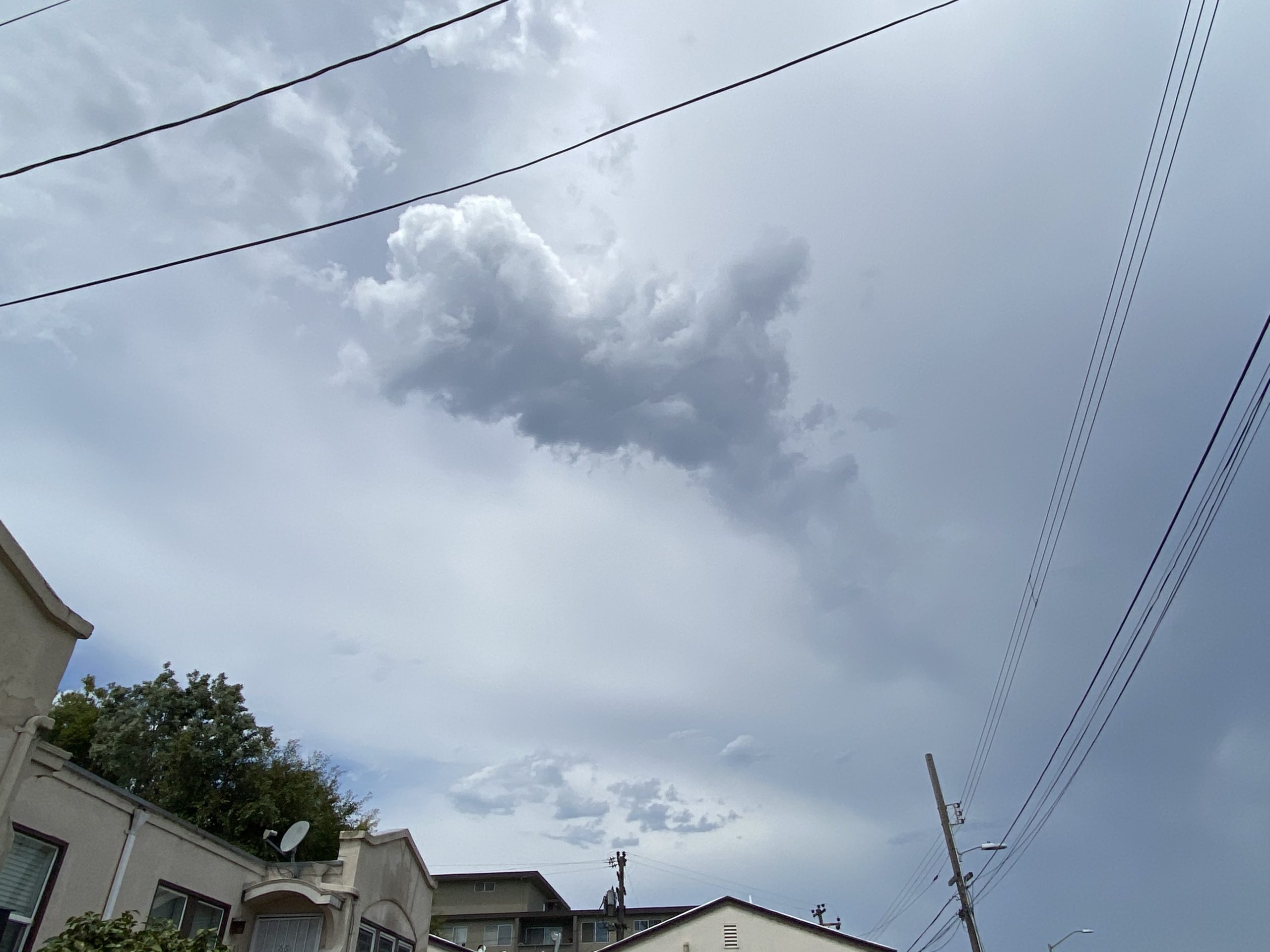 Leslie Scalapino is a summer poet. Her work’s humid, skin and air become indistinguishable. She catches glints of light and dogs and sex, unfurls montages of violence distant and palpable, interpolates and peels away the composite mercy of structure. Cloud and camera, her figures vent an obstructive dexterity that enhances their paratextual qualities as climates and vivid animals.

My windows are shut. A whirring fan goes on chugging walks, squirrels and birds peep and skitter while endless afternoons slither into irresponsibility their slabs of kindness. The rapport of the huddled foregoes witness I mutter over my shoulder. “It’s so hot I can’t think”: Heat’s dehiscence against memory and containment. Oakland sidewalks seem wider.

Respect I derived from you when you kept forgiving me while a little patch of grass beside the driveway yellowed. The tree there looked parched as hell.

Scalapino’s work floats beside her architectural reader, who can only let the malfeasant quiet of her paintings surround and drift by. The writing’s vexations pollinate across works, across books, portals in and through one another.

Scratching sounds in the vents, head in my hands, reprieve until someone else’s surface leaves or forces, as a friend, a brief respite— worse, salvation — from the bidding of the conflagrations that govern our melting world.

We were always invisibly countered. I felt the bodily pull of a car against the ground where you stood when you said goodbye.

All-quilty populism retraces sentiment, an aggrievement presses us tighter the more we try to topple the board. Workplace heartbreaks go stodgy, madcap endowments pricelessly redact the slaughter and will continue to. I put my cap on and bask in the sunlight, take long walks, huddle in the reading chair, put the cap on a table in front of one of two windows and look at it. Repairers’ bliss in observation.

Life grows incrementally smaller until you can fit it in your pocket like a mint. Leaves flicker — a corridor, a negligence in forgiveness emerges I can’t remember because I hit myself too hard with disdain and forgot.

When love’s comportment gives way, rush it onto parched grass and cackle because you’re free. Return the deceit we’d accrued via devotion, beg for less. Forgive your home or wrest your world from it and go, I told my flies.

At the round table beside the rectangular table beside two identical chairs. My bed’s behind me and my closet. I pile books on the kitchen counter to my left. Movie chair, reading chair, “filing cabinet,” nightstand, bookstand featuring my lovely friends.

“Huddled in a room” timbre characterizes the specter of movement for a second, Bay saturate edition poets hear together — leftist paradigms charged, flagrant energy impelled, ambient fucks made toast to heal the fractures. Feeling great or we got wasted or kept going. The inexorable march beside me until the tide turns I’m praying too ridiculous or not to get cynical: “What’s that beside you on the table. Is that a weapon?”

People leave you with abscesses, the fortune you homed in on loves to hobble. Cloistered rage, histrionic guilt, plead with, whine a fumble, craft a bit. How I dog people evokes the largesse of incorporation and the merit I seek against in those murky waters; the turgid recalcitrance that often pains my friends speaks there as well.

My head in your lap, you picking at my shirt.

I didn’t realize until this last, brutal New York summer when Scalapino’s writing kept showing up on my feed that she was a summer poet. When I moved to the Bay Area in 2013, she was my regional icon.

I was hanging out with Brett Goodroad here the other day and a dopey film crew approached and asked us all why New York is better than Los Angeles. Brett was the only one to respond: “In New York, you can be an asshole. Fuck you.”

Even if the last three years have proven net terrible, the assemblage of my doubts breaks them into peaceable moments, fleeting and choppy and funny. A day at the beach — you get so burned after a billion days of work, the clouds parallel to obscure a sense of defeat. I laugh so hard I almost drown.

Lying near you, still existing about the worst compacts, set out your clothes in trash bags forever, elegantly circuslike before you move again.

I felt a lot of kindness from you over the years, how we were held together. We spoke and wrote and hung out and made idle threats. When you’re listening I perceive only this trope of you in the future glancing away from me at a withered transparency of “the scene.”

A dead rat in the vent. The flies were louder than usual. They were my roommates now. Behind me cloud pics marched by. I kept haphazardly under them, how I considered the sky a lush orange I could sink my teeth into, efforts sunkissed, the singular atmosphere of the Bay. Ugh — purple light charged red, sweet bolus of night easing an impossible season.

“Huddle” dramas dice art sociality into one’s court with disheartening participation freakers’ capital; let’s undo our time together, they say, learn to wear down while you plan and I hit my face more. I’ll hold resentment this close but I can’t help it get any harder, only you can do that. Fuming complements evisceration, sweats salty air and cools me down as the summer progresses. I feel my body shut apart from that life, curried to dogs.

If we fall in love will we land here? That’s the shadow our scene creeps behind us, careful self-recrimination squeezing polyps of fear and abandon like bubble wrap. When you get to see her negligible gestures cubecore the office’s lathering up of the board to suit an immaculate complacency and findom sustenance inhuman at best, we should recognize the game never even started. Even those in it forbid themselves.

Was our creativity not so much internal autonomy as external monstrosity? They build malls on shellmounds.

Leslie Scalapino read the minds of dogs. The unusability we’ve ingested, those junked things I wanted to give you so long ago, I can’t wish on that anymore. The endogenous quiet fades into noise, dust, and debris until one’s senses are so overloaded it makes more sense to simply not move a muscle, lest the violence escape.

I left something behind. It’s this knife I tried to kill my flies with when they got sick, couldn’t kill anything really. It’s yours if you want it.

The scratches gazed into themselves and blurted how can I help? Was that growing life, or that which opposes life? We make it our inhibition to part from work, such that we get so packed together we go humid and the sureness of that work suspends time a little.

The comportment of your love meant the world. I remember the time you came over with flowers just to celebrate us recording an afternoon together. Did we?