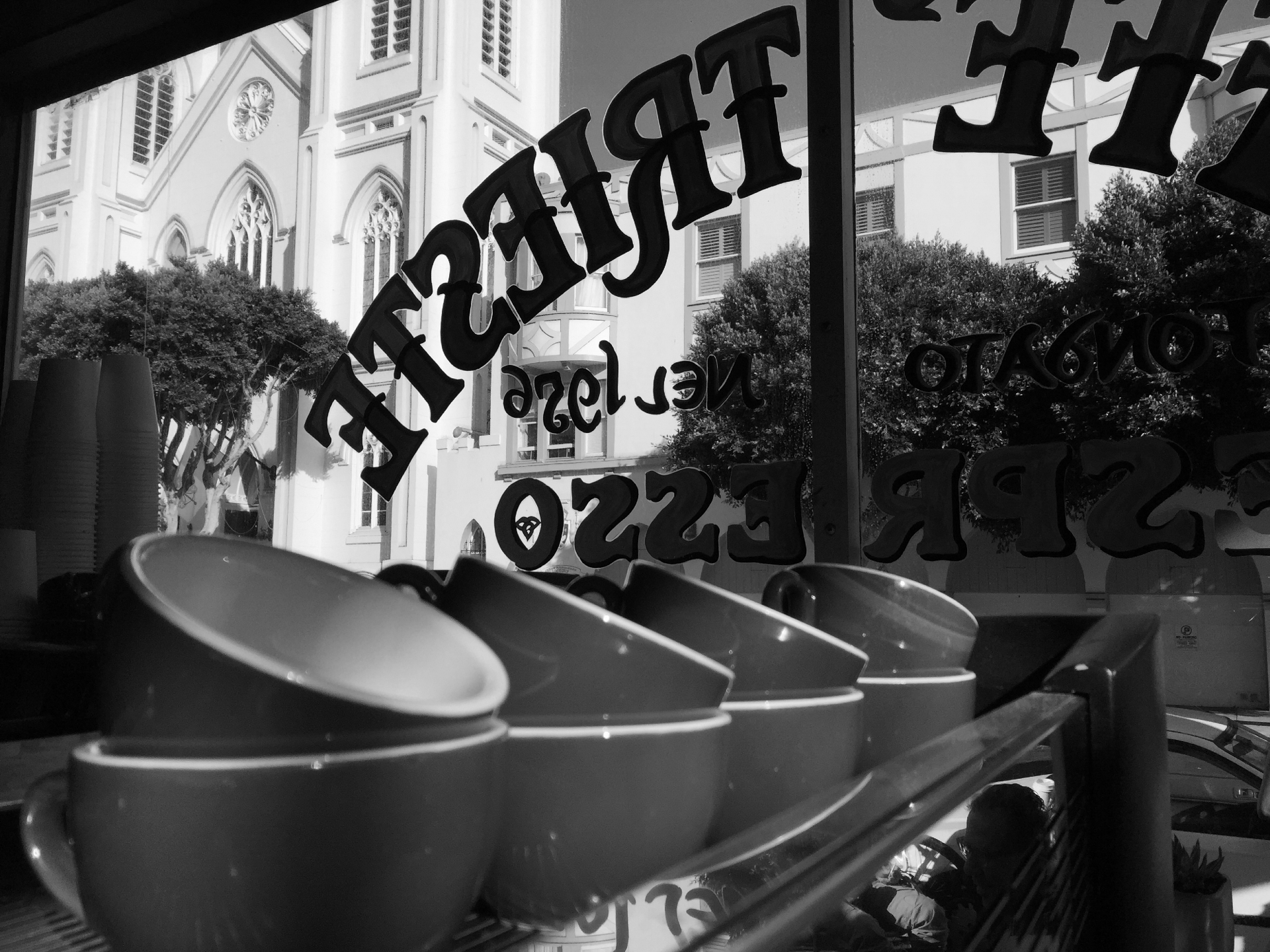 If the moment were different, I would have been there, in the thick of it, shoulder to shoulder, with the rest. North Beach’s venerable gathering place, Caffe Trieste, would only turn sixty-five once and I wanted to celebrate its auspicious day. Instead, on the first of last April, I settled on a poem fragment alongside a vintage photo to post on one of my social media feeds. I augmented it with a congratulatory note, sent with love from my Southern California shelter-in-place hideaway.

Moments later, a Bay Area friend replied with a portrait of the cafe’s late founder “Papa” Gianni Giovanni Giotta, resplendent in a black stingy-brim fedora and dark sunglasses — a chin-chin across cyber distance. In a blink, the photographer who had captured that moment added a link to a folder of images (portraits, celebrations, candids), cracking open not just a world, but a feeling.

I tumbled down that rabbit hole, eagerly paging photo to photo, happy to be floating back to one of my earliest North Beach touchstones — one that always seemed to exist out of time but never out of place. It was distinctly the San Francisco I craved before I lived there, the one I’d go seeking when I briefly made my home there. I went for the atmosphere: busy conversations about art, books, politics, or plans for general ruckus. I could experience it all from my single window seat: the photos summoned the sharp aroma of a freshly pulled espresso, the majestic arias soaring from the jukebox, the harsh snap of chill that roared into the room when the door swung open for another patron or cast member. 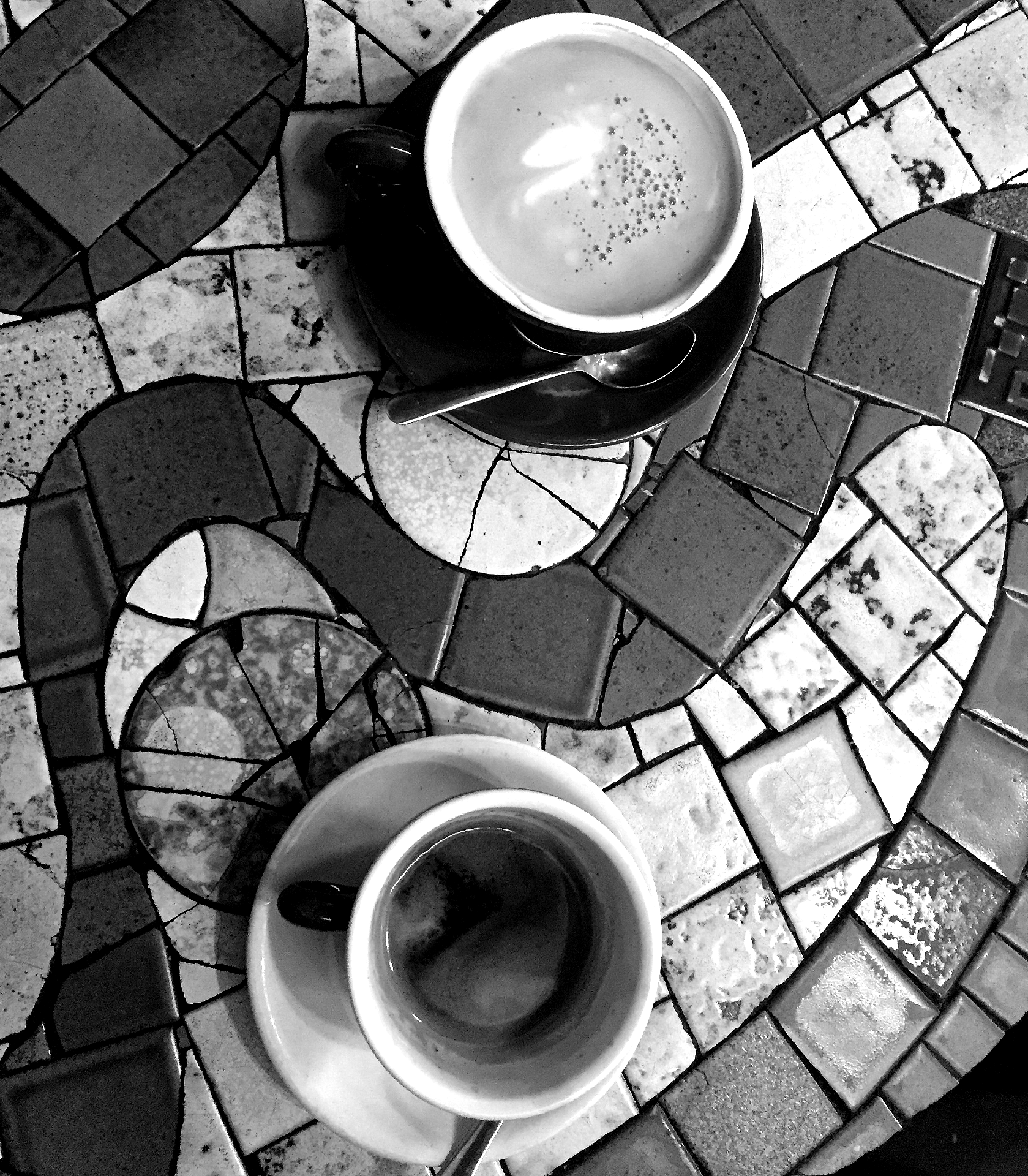 Advancing through the frames, a half hour slipped away. An hour. More. Not until daylight fully faded did I stop myself: what sort of wish — or melancholy — sent me scrolling through scores of other people’s memories? Decades of regulars ringed around small tables, nursing the last swallow of a cappuccino; solo patrons’ eyes focused on middle distance; loose configurations posted just outside the entrance on Vallejo Street in animated conversation — stilled.

It wasn’t simply wistfulness that powered my search. Perhaps it was a shade of self-absorption or hubris, but I realized I was looking for myself. I was, without at first knowing it, hoping against hope to find some ghost of myself — part of this story, too. I was searching for evidence, not just that I had been there, but that it had moved through me. 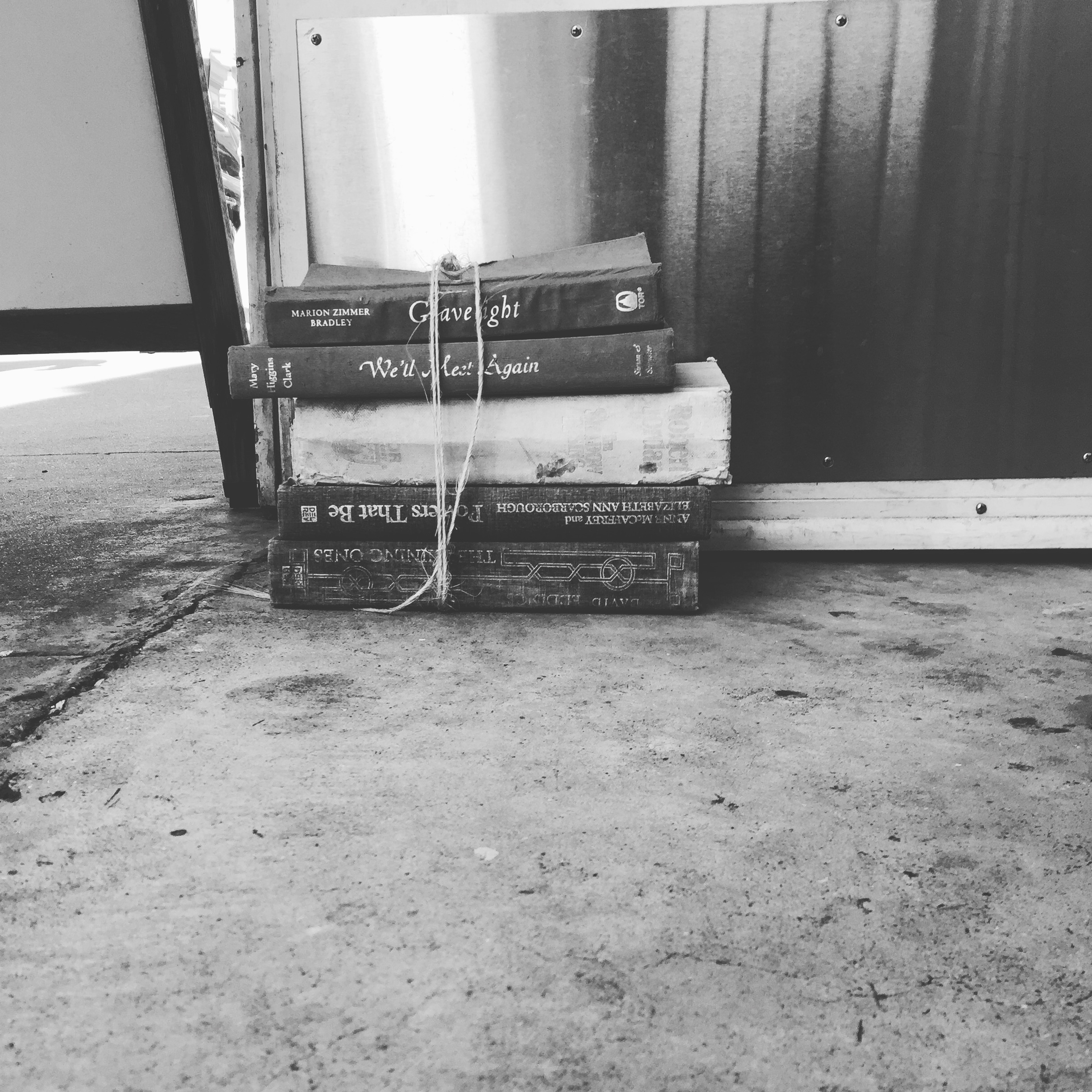 Some destinations pierce our hearts in ways we struggle to describe. San Francisco, in certain chapters of my life, has been one such dreamscape. The San Francisco I fell for wasn’t in the guidebooks. Instead I glimpsed specific subsets of its layered bohemian history in the pages of old novels and short stories, high-contrast black-and-white photographs — poetry, too, of course. All this augmented by family trips up the coast to visit extended family in Oakland. This knowing became a form of love.

Its elegance felt mysterious, quietly seductive, even coy. Those stretches of water — the bays, lakes, and ocean, which I would catch in surprising glimmers while rounding a corner — played into its lure. Also spans — the bridges we crossed, triumphantly, on those car trips — seemed like open doors to limitless promise. Departing Los Angeles, my father always wanted to “make time” so we seldom traced the edges of the coastal route for too long. He would “shoot up The 5,” meaning our approach from Southern California would not automatically include a bridge crossing. But inevitably he would soften, indulging us with navigational adjustments to provide an official “over-the Bay-Bridge-into-the-City” moment, he too enamored with crossing that heart-opening span.

I was infatuated. Just as my Southern forebears had been. As my mother’s aunts and uncles — the Blackwells and McGhees — solidified their decision to come west, the thread split: one choosing Los Angeles, the other Oakland. Each a railroad terminus: two new starting lines, two very different Californias. Both locations had evolved into storied mythologies of West Coast dreamscapes for Black folks in particular. It depended on what version of California felt like the best fit. Served them. They made their choices and peeled away into their own chapters. I’ve longed to know why each branch chose the path they did, but closed-lipped and living deeply in their present, they left few traces of whys. 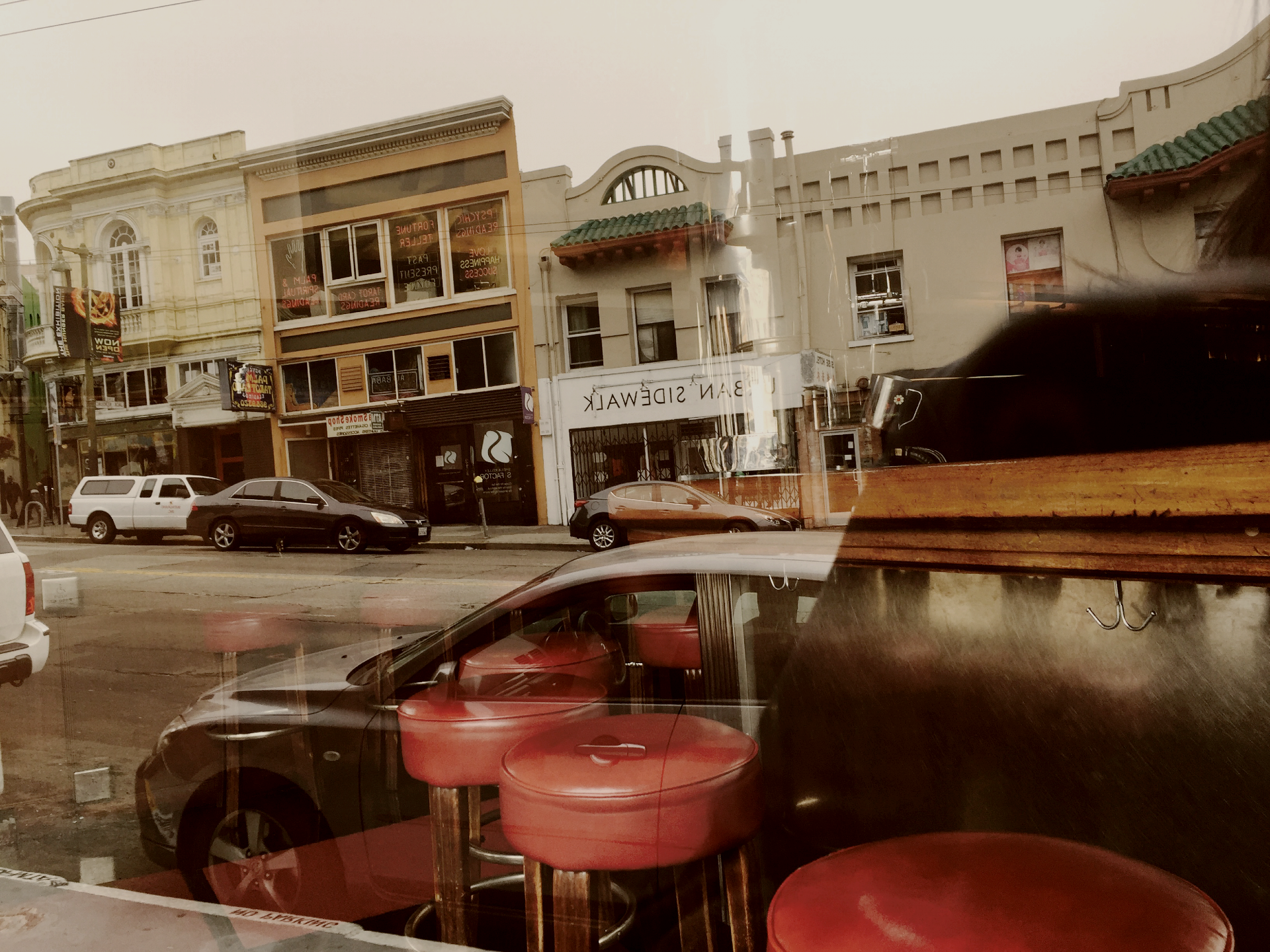 We invest in places for reasons beyond reason.

For me, all those dog-eared novels, those charging jazz solos “live from the [long-gone] Blackhawk,” the moody black-and-white streetscapes, the free-form poetry, fit together into an idea of a place I thought I knew, thought I wanted to know better — desired.

Approaching a city you’ve kept tabs on from afar, you come to learn it is never the place that you think it will be. An ever-evolving city is always a location of your mind. Not fixed, but fluid. Real and imagined clash, fracture, and with those pieces you build a present truth.

My own move north was driven by a desire to ship myself off to grad school: I saved money from my bookstore job: I selected the writer with whom I wanted to study — a woman who wrote atmospheric, jewel-box stories about wanderers and outsiders without a shade of sentimentality. I kept my wishes secret. In all truthfulness, I didn’t quite know what I was after, except that I was looking for what best suited the moment. San Francisco felt necessary, it needed to be part of the story of a self that I was writing. I needed to cross through it.

My acceptance conferred, I gathered my essentials (clothes, books, notebooks, typewriter) and loaded them into the hatch of a college friend’s Toyota. Days before, news had arrived that the instructor I’d dreamed to meet had turned her own page and moved on. But I’d already set my new life in motion. We traveled Highway 1 with intention, a meandering journey north, the road as curved as a question mark. 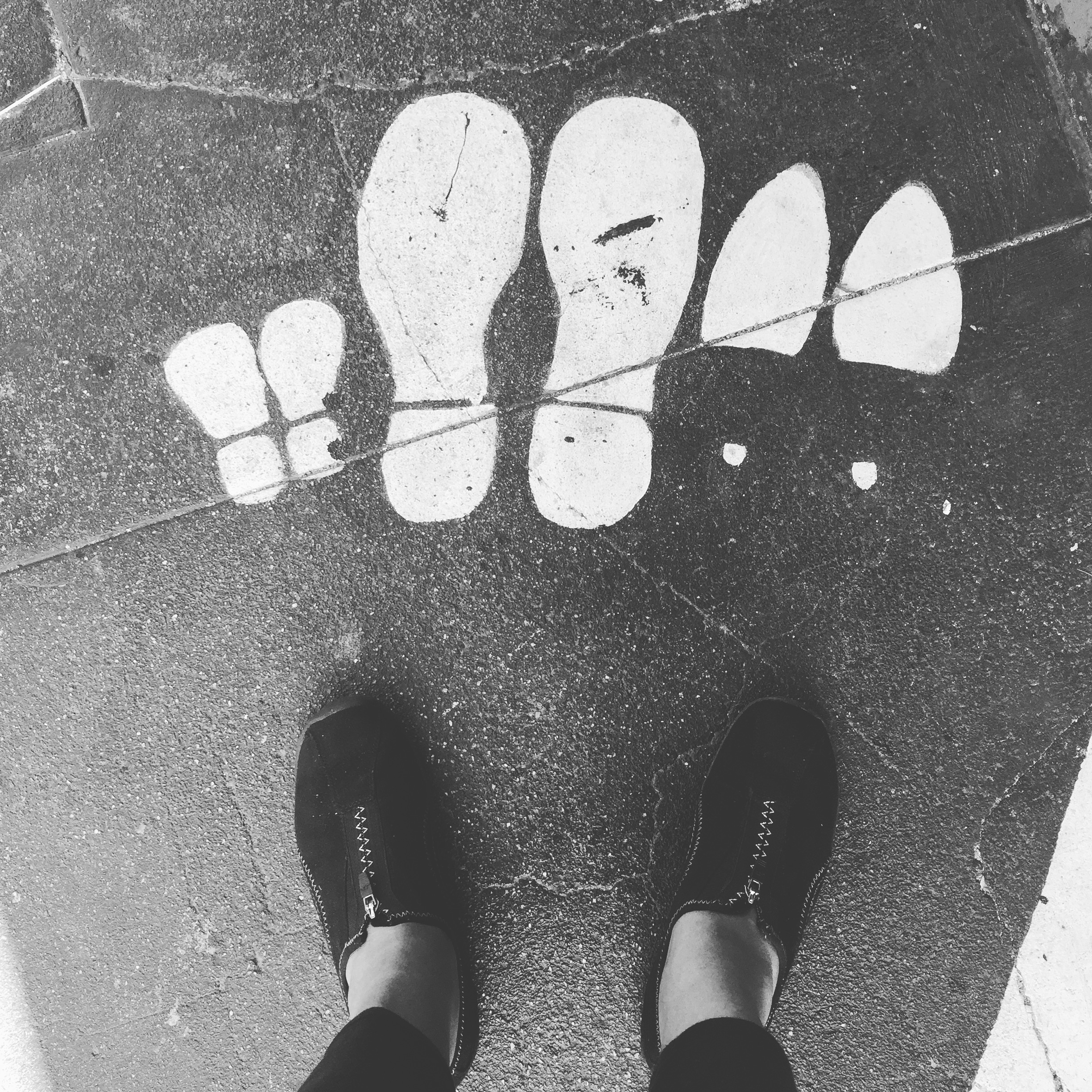 I came to San Francisco chasing something — this other California city that felt more home than home for a time. I felt seen in a way that I didn’t always experience in Southern California, where I sometimes felt suspended, somehow outside of my body, my days spent moving about in automobiles. I settled on the southwest end of the city, at the edges of the Sunset District. So many days we lived on three or fewer hours of sun; the fog pushed in, a heavy, dank presence, obliterating the landscape, transforming it into a silvery canvass. I will forever remember a certain lushness — the vibrant scent of pine trees and the sharpness of ocean brine.

I memorized the arteries of bus and underground lines. My coat pockets became repositories for expired MUNI transfers and bent paper BART tickets with just pennies left on them. I evolved into a different sort of city dweller, creating stories in my head as I pushed through neighborhoods: The Fillmore, Bernal Heights, Noe Valley, The Mission, visiting friends, getting lost. Sometimes, I would take chances on the last train home, to extend the day just one more beat. And there were weekends I rode just to ride, rattling through the Transbay tube out to the East Bay — gathering visuals, voices, and new vantage points. But mostly, I walked, even in severe weather, wanting to imprint this, too, this feeling of learning and reading a city in a different way. I became a San Franciscan on foot.

In time, I collected new haunts, headquarters, and hideaways: a favorite view, a ritual walk, a cache of used bookstores, boisterous cafes and eccentric taverns where you could engage in late-night talk over supper and drinks with rotating sets of regulars. One that sticks: a cavernous room — high ceilinged, tile floored, a clutter of echoing conversations — featuring partitioned booths, which were made more private by drawing a heavy curtain, all of it bathed in a honey-colored light. 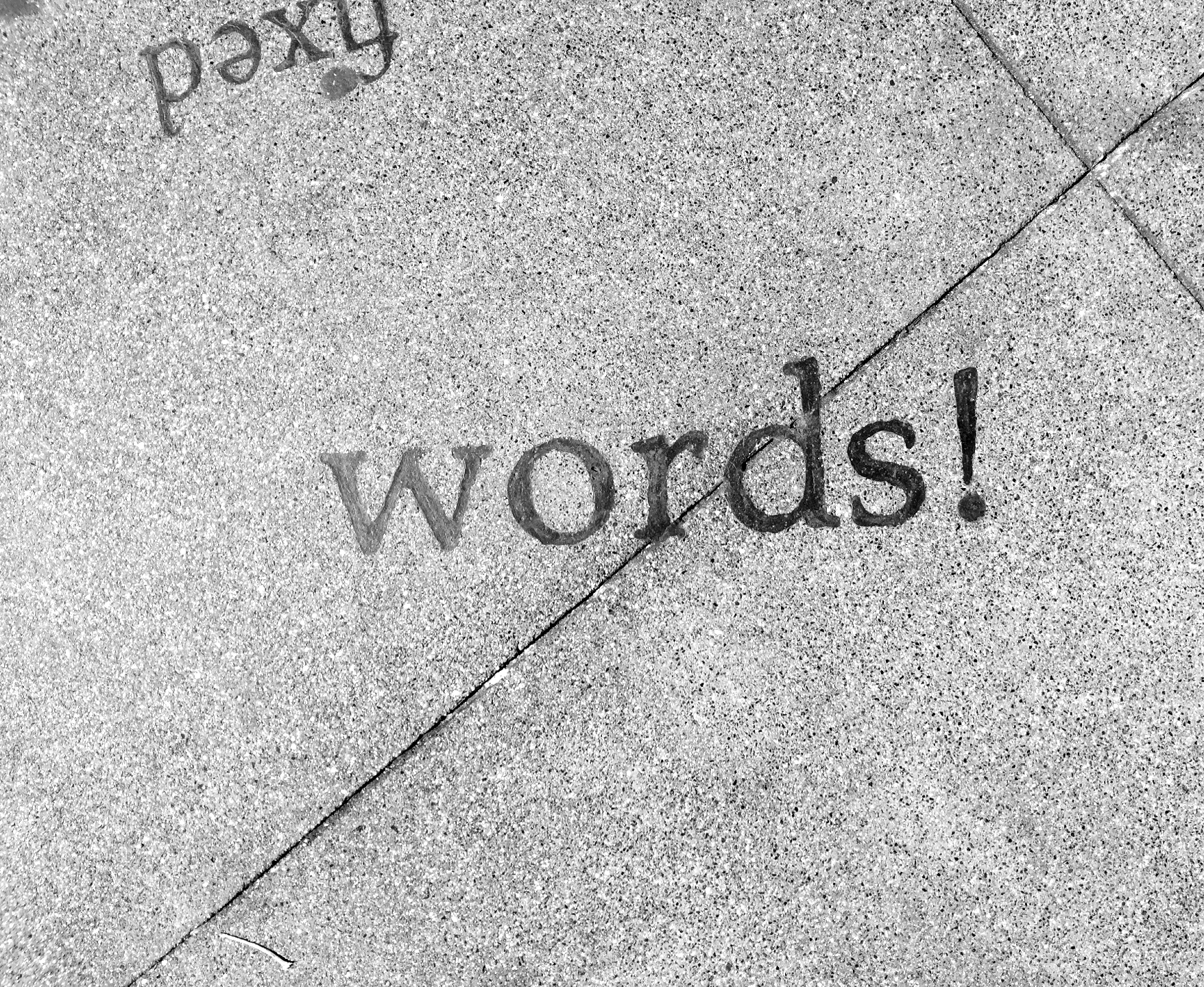 For so long, I believed, to make it all real you had to write it down in some form of story. An old postcard store on Upper Grant sold repurposed cards from other eras and disparate, far-flung destinations — defunct desert motor lodge scenes, last century’s orange crate dreams. I’d purchase a cluster, which were bagged in a paper sandwich wrapper stamped with a graphic of a hamburger, then make my way to Trieste and, if I were lucky, cop a window table. Then I would set down to business: making progress on my homework or writing correspondence about small diversions in my new life.

Now, when I look back to old journals of that moment, I realize it wasn’t in the classroom where I started on my writer’s path, it was riding and walking through a new city and listening for its heartbeat.

I joke — or used to more frequently — that I’m still on a leave from graduate school, all these decades later. There is some truth wedged in that deflection. I returned home to take a brief summer newspaper internship, and never left. Something about the journey of reporting — asking questions, collecting answers, and watching vivid paragraphs stack up under a byline — mesmerized me.

Even as I gradated to reporting jobs and decamped to addresses across the L.A. Basin, I was invested in the idea of reuniting with that other aspiration, that other self who was finding form: Desire would drift in, time and again: I wanted to be a writer of idiosyncratic books, living in an idiosyncratic city. When did this thread split, diverge? Or did it? 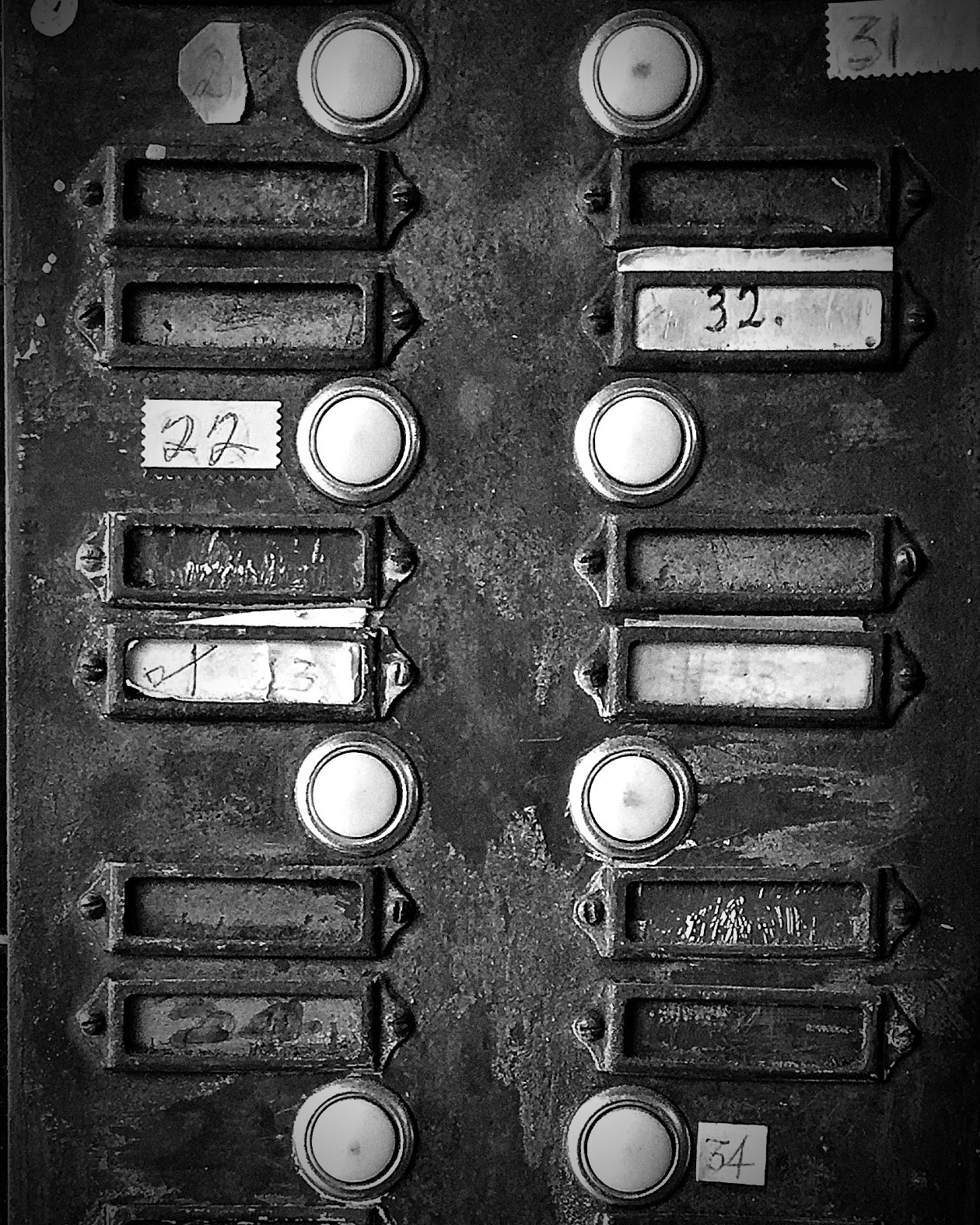 What remnant did I hope to find in those Trieste photos? Some enshrinement of the young woman I had forsaken, promising I’d return? Or at the least, some epilogue to the story about that eager person who continued to write about young people who refused neat niches? Who would she have been? Each footstep I took deeper into the City — into a friendship, into inquiry, into territory — became a new sentence I was crafting, honing. I needed San Francisco, to become a writer, but not in the way I had planned it. I had to turn left to understand how to go forward, to carve my own path.

I dream differently now about the City. What it was and what it is. I am acutely aware of all that’s vanished, or may have never existed, the experiences that were only the backdrops of books or the tricks of a photographer’s lens. That restaurant with the hideaway booths? It appears to be a creation of my mind — misremembered or something I inadvertently stitched together from someone else’s bolt of memories. I debated about it with a friend, a chef whom I met here in Los Angeles, who lived in San Francisco and traveled a similar circuit in the same stretch of time. At a heated impasse, as a truce, he comforted me with this: “I sort of think that’s beautiful. You have a little place you can go to in your mind. A table for one.” 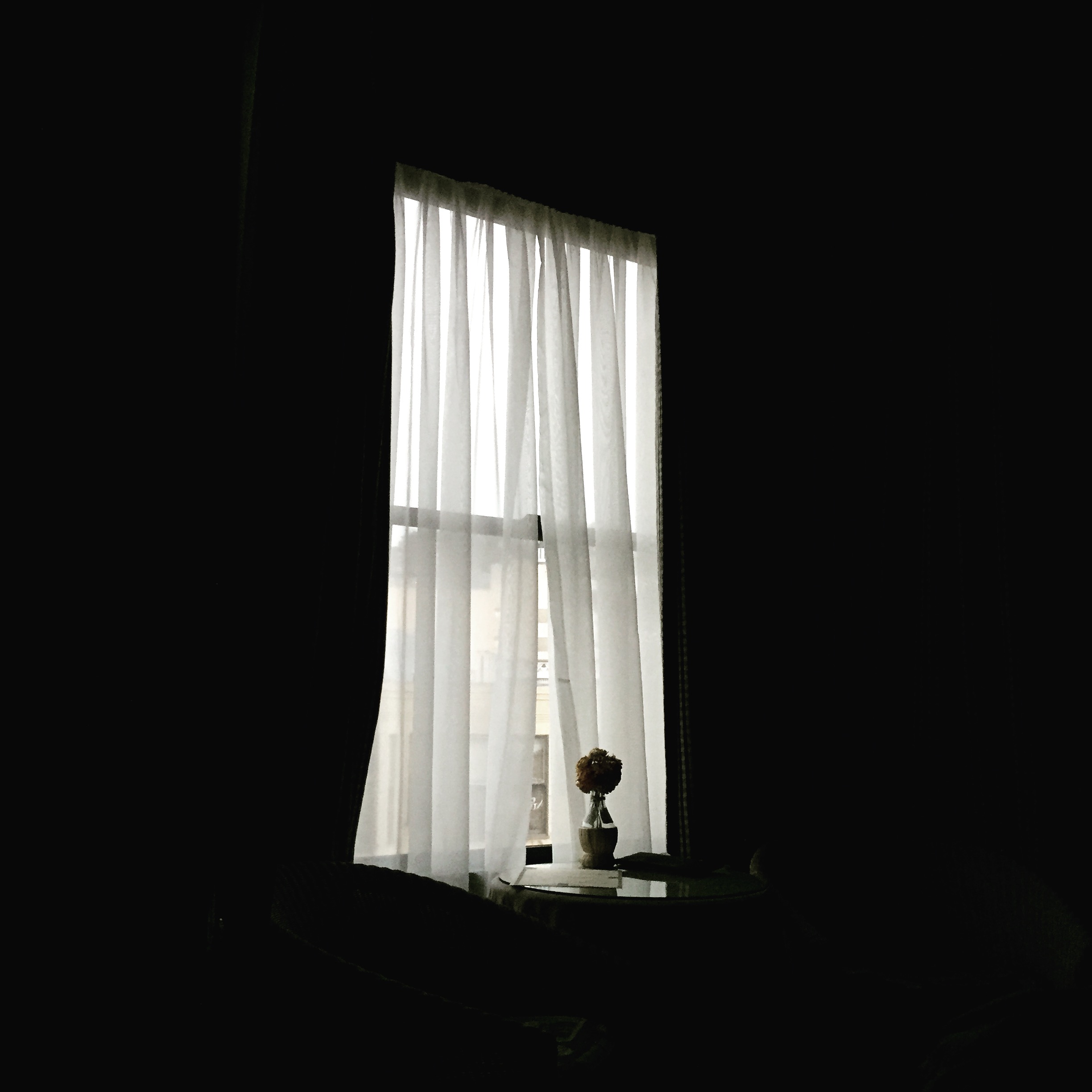 When we can move through the world again, I wonder what new version of San Francisco will exist? Will I continue to look for that other self in it? I suspect I wouldn’t recognize her, that young woman who didn’t want to be hemmed in, now navigating renamed territories. Maybe she would be indiscernible amid the passing flow. Maybe she fled, priced out like so many other people I used to know or once loved. Or perhaps she did what I did, only later, or differently, after passing through — turned right instead of left, following a different shimmering tributary of dreamscape.