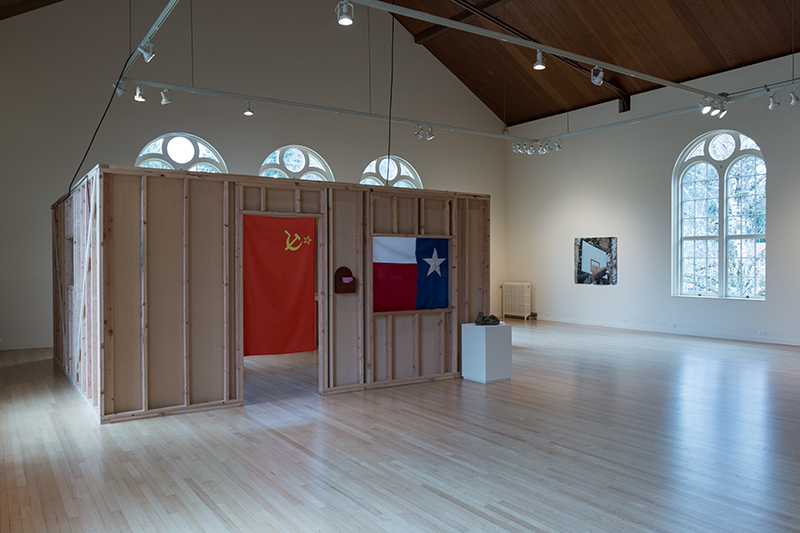 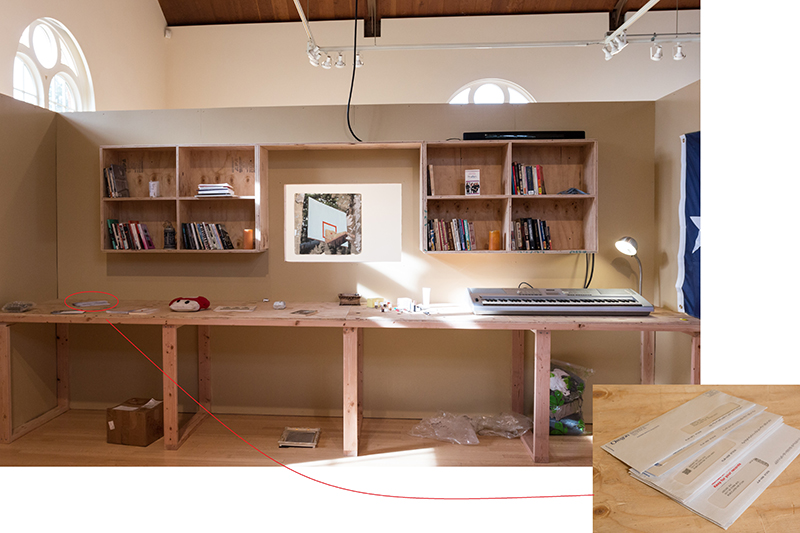 At the author’s request, Open Space would like to issue a content warning for suicide and mental illness discussion in this piece.

I want to be optimistic and say the five years I spent in a self-declared artist residency living in a garage behind a former punk house were inadvertent pandemic prep. Now we need tools for slowness, contemplation, distance. Would you humor me if I said some of those tools are inborn? The truth is, I’m very depressed, and am used to not going outside.

In the initial “notes,” I considered whether laziness is the mother of invention in the context of my precarious life. The central questions of “What is the garage residency?” and “How do you describe a totally private contemplative practice?” drove in me a fearful productivity: two books of poetry, one book of art writing, three solo shows, three duo shows, forty group shows, eight Tabor Dark albums, at least one hundred events from my own practice and four years of curriculum co-directed with Victoria Anne Reis for home school. 1 I wasn’t trying to avoid this “What” — whether due to the public embarrassment of depression aesthetics, or inability to articulate due to the gnarly Pentecost of being alive — nor to use lack as a kind of form. Rather, it was functional — it paid the bills — and there was some interesting stuff, even if it did ultimately function as abeyance. I want you to feel me, I guess: the bad days are “killing days,” that’s why it’s best or luckiest to stay in bed and stare at the wall, commune with the suicides I’ve loved, concern-troll myself with thoughts of my parents’ heartbreak if I were to do something irreversible. 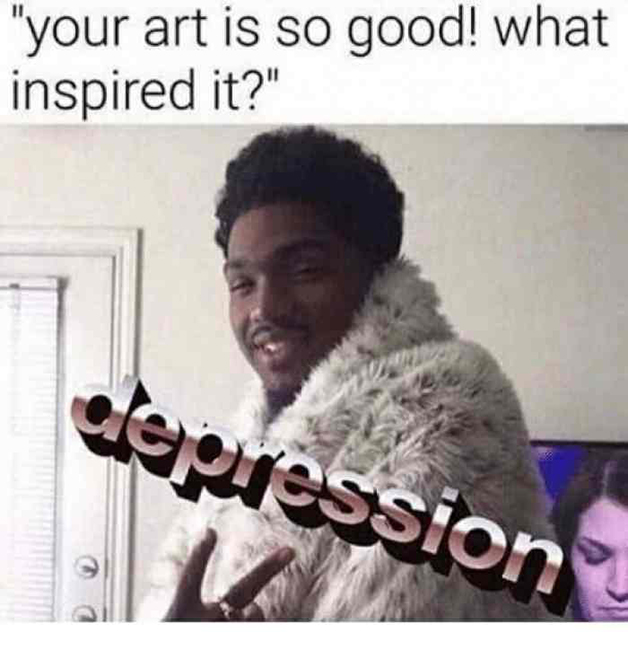 Even as the functional, SEO-friendly component of a public practice thrummed on, I needed time to process my life. Stripped of campus housing and work-study following my arrest, I faced precarity like the bitch I am — coldly — yet the basic access to shelter after eight months of sleeping wherever made the garage a musty heaven off top. 2 More important was the audacity of privacy: I grew up with anywhere between four to seven people in a jerry-rigged one-bedroom apartment in the Bronx, suffocating in an engine fueled by Jesus, beatings, emotional confusion, immigrant aspirationism, and my desire for autonomy.

I’ll spare you the details, but I thank God I’m alive every day. No surprise the garage brought me to spiritual interests. With so much time to myself, I was figuring out how to be a person, years late, and simultaneously returning to my practice’s origin: drawing and writing poems while bored in church. I don’t want religion as a readymade or a gesture to the unmediated. Rather, my sense of belief, driven as it is by doubt, is about the sublime mediated nature of experience. It was precisely my confusion and negativity about the faith of my upbringing that catalyzed an interest in language and ideology. A return to a personal relationship with Christ has involved seeing him simply as a person (with all the work that takes 3), a fellow apostate of his own religious tradition of Judaism, and a cousin, connected to my Sephardic ancestors through my maternal grandmother. 4 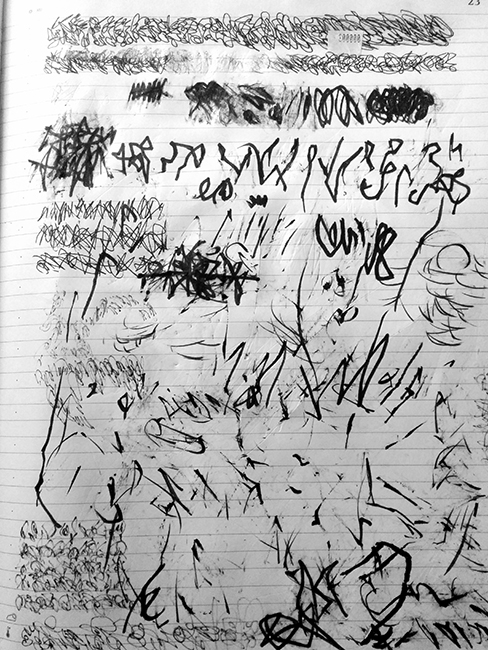 In high school, I wrote a novella, The Singlemost, which interpreted the divine twins cosmological trope, African in origin 5, as a friendly antagonism between a philosopher and an artist. They both live in the Bronx, walking around and arguing about the singlemost, a kind of mish-mash of the singularity and the sublime, both infinite and infinitesimal, both countable and not. The question of accessing the thing-in-itself, which could only be found in that-which-was-not-the-thing, became a blind rage (or at least came to something of a boil among extended, random descriptions of walking around the Bronx), and the book ended with a long paragraph centered on José Clemente Orozco’s paintings Jesus Destroying His Cross (1943) and Modern Migration of the Spirit (1934). In dreams, I imagine them as one painting. They show Christ with an axe, his cross at his feet, destroying his burden and other historical objects as well. All the “things of Man” are behind him to make space for a new thing, or rather an old thing: potential closeness to Christ, the person. His radical softness is also an annihilation. 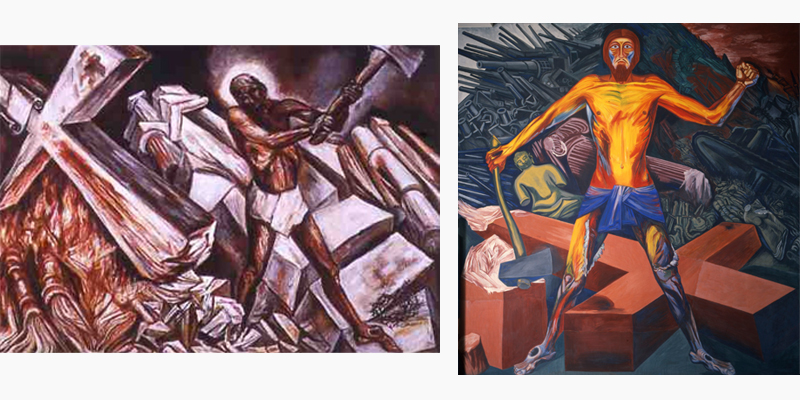 I too imagine my déjà vu toward what never happened, picture myself as Orozco’s Christ reviling his destiny and destroying his cross with a hatchet, machinic lamb of his loathing snowballed in death hilarious, resonating in the taut skin, now expunged of All and so nugatory it’s peeling off before the pile of guns and imagos, the pure bone in places showing through electric and the grooves racing around the holes in the hands and feet, all of History that had caved the chest in finally tossed over the shoulder into that great fire of his fury like a pinch of salt or kindling, all pillars of abstraction built by somber pious skulls and rootless pilgrims finally offered to the pyre and something new given rise: the angle of his bones chisels itself through the remaining translucing skin, the face steely, the world is the lamb, and the tongue is a fire, spurning the broken halo for the darkness of a father’s dread Love, the empty center, cold glory. And it will be Love that will not play at guesses, the flame now proceeding, mechanical sea of flames, blue and whitehot coral reefs at the foot of the wool’s blaze. Not that I know anything. Not that I know anything. 6

The resources I had during the garage residency were split into phases: for the first 2.5 years, I lived off anywhere between $4–8,000 a year. For the second phase, I worked as a compliance analyst and lived off $50,000 a year. I learned a lot from both. I felt so good being able to give so much money away during “phase two,” but my work’s engagement with precarity seemed (rimshot) precarious in the context of relative stability and wealth. The form was always life itself, and this newfound equivocality made things confusing for me. I don’t think I was precious about the idea of authenticity; it truly felt like a formal problem.

I saw valves or sets of parameters determining what aspects of my private creativity would become part of my practice. Being careful about what becomes public matters to me. I find myself constantly doubtful of my “valve choices.” For example, criticality, which I love so much for its weird encapsulation of some of the most ephemeral kinds of gesture. It’s parasitic to its object, which it must faithfully or at least titillatingly reproduce. As the object goes, so goes the critique, like a shadow. But “critique” can fit a lot more than truth and beauty in its bucket. Like perhaps a few others online, I ended up in toxic relationships with people who used criticality as a patina for their public breakdowns and private manipulations and harassment of people, including me. I wish them the best for their mental health, which like mine ails in a wax-wane cycle. 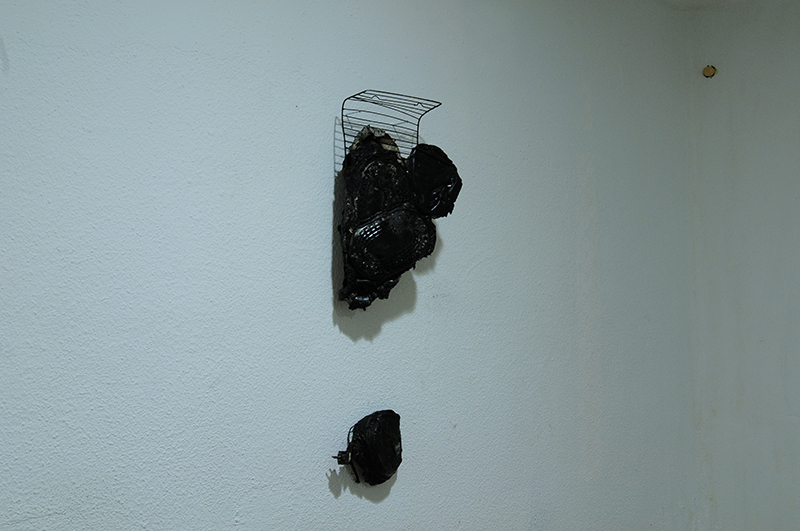 Criticality as a mask for toxicity is a shadow of a larger being: the commodification of criticality and its subsequent shift to readymade status. Not only are we tired of cooking up hot takes and having our critical armor ready when the fear of being vulnerable or uncomfortable pops up, but the COVID-19 quarantine is really a physical manifestation of the precarization of social relation, which had already resulted in extreme structural isolation. YouGov’s 2019 survey about “millennial loneliness” found that one in five respondents claimed not to have one friend. 7 The digital, which promises tele-intimacy but instead drives anxiety and consumerist delusion further, becomes a kind of nauseous abeyance, amplifying affects that might be too nugatory to feel in meatspace. It can feel like I have no friends, like the inside of my head is a vacuous wasteland; commitment to ephemerality takes on the flavor of throwing everything away. You feel you can’t express something without hyperbole.

Suicidal ideation is sometimes your head literally telling you to kill yourself — that does happen to me. But these imperative statements puncture a more general fog, like a migraine aura, which infects everything such that breathing feels like drowning. I cry and cry and feel nothing yet am in so much pain I can’t take it; I try to point it out and feel deep shame given how bad things are in the world, how bad they are with Being, and how bad so many others are suffering materially, in the sense that they can point to the cause. I don’t know how to describe the sensation without feeling like I’m exaggerating, which in turn evokes shame. “It’s all in your head.” I know bud, that’s why it’s called mental illness.

I only really tried once, when I was like fourteen. I drank a bottle of Grey Goose and half a bottle of Jameson. In the stairwell of an Upper East Side building I blacked out, and six friends wrangled me to a hospital where I got my stomach pumped.

There’s nothing special about the art itself being the survival 8, that’s what my folks have always done. Culture is what you do to stay alive. Even the ones that don’t make it are ancestors. Even people who aren’t your blood may watch over you. The end of the garage residency means knowing it’s never-ending, so to speak. When I look into the void, I recognize myself, and when it calls, I hear it speak in my accent. 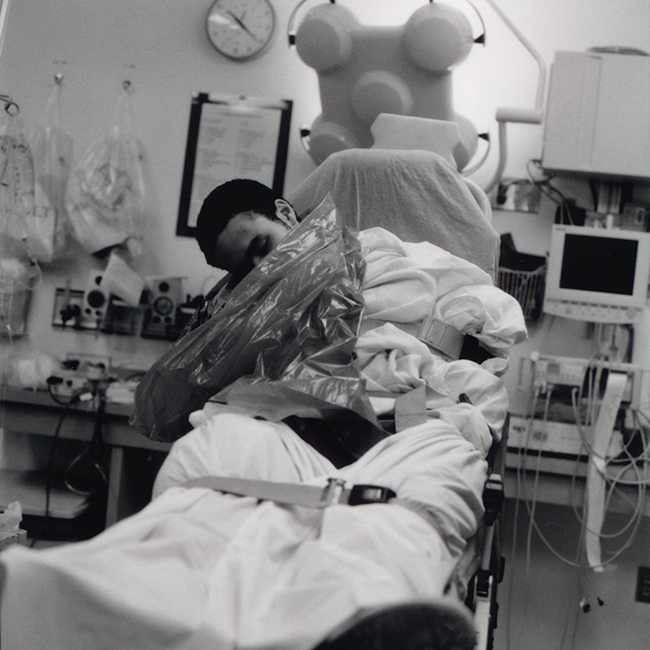 When the void calls out, it calls out in Black. From a high place, from the stone and clay and dark sky whence we came, from the island within the island, the sound within the sound. It calls on those who list the names of gods, who suspect that there are fossils of writing older than receipts, who feel tomorrow’s rain in yesterday’s bones. The Creole is a mirror of the ancestral, on a fragile hinge of dark light: diaspora is the ancient, motherland is the futurity, the horizon of all possibility. Africa is the idea or hope of a future. Not light leaping out of darkness, but darkness leaping out of light. When you’re stolen, all affect is carceral. I tried to make a being out of a nonbeing. It’s an infinite rehearsal. The link between being and nonbeing stretches the self so far into otherness that language becomes a virus or mushroom that gives us echo as self, self as nest, a sense of what’s real.