The creation of space. Shared space(s).

“Translation(s)”: seven, eight years later? The calendar tells me it happened back then, but it feels equally part of another life, almost, one that I’ve been hesitant to revisit or reconsider. Yet, I find its background presence slightly uncomfortable. Is this the time to finish what I started, the opportunity to dutifully complete my task and close the door? It is, at least, a way to translate (once again) from there to here, from then to now. You bring the words, images, and sounds for the visitation, knowing that the portrait will be inaccurate. It’s often about ghosts, fictions and fragments, isn’t it? Past is present, and present is shaped and haunted by persistent memory.

Through my mental and material archives, I reenter that time-space at the Marin Headlands as a new yet old visitor. (Strangers to ourselves, will we always be? Kristeva says yes.) “Translation(s)” was undeniably about myself, as in all creative practice, but so much around visitors and about others, about welcoming them. Encounter. Empathy. Community. Much can be drawn — from remembrance, misremembrance, fact, fantasy, construction or misconstruction. A cloudy, foggy, also illuminating extended moment.

As I revisit it, I blur the lines, stubbornly erasing the border between what it was and what it can be, what I recall and what I don’t see. Erasure. A dance. I will return to this…

The room was empty. Yet filled with the past, scars and desolation, also big windows and immense possibility. I wandered around before inhabiting it. A slow and steady occupation would ensue, day by day.

Later, I would learn about the density of this place. A distant reality in military form — the turmoil and the waiting, and the loss of soldiers stationed there, those who took their own lives. Between clarity and fog. So much fog… perhaps more than you can know history, you can feel it. Marks and vibrations all around, visible and invisible. (Or was it the product of imagination? I’ll never know.)

I stepped in. I walked straight, turned right at the end, and there was a door. I opened it. I remember stairs going down, a mute green from the trees, a brown and grey landscape… the vibrant blue was entirely absent, for now just an imaginary radiant sky and ocean yet to come.

There was an eagerness to start, to make that place my own. Not sure what that would mean, or what I had to do… forty days ahead, and I had brought very little with me. Computer, camera, books. My project was as open as unpredictable. Like an ocean.

Objects and furniture fill space and create place. Despite my usual anti-matter bent, I began finding chairs and tables to occupy that emptiness of tall windows; as if those windows forced me to look more inwards, paradoxically, and to care for it.

I found a beautiful old scarlet chair, and a white metallic one with an orange cushion would become its little companion. Specific sites of encounters, conversations in daylight, and at night. There was something cinematic and nostalgic about such objects in that austere architecture. Something perhaps theatrical and performative. I would be the first and last performer; in between, a multitude of visitors.

“Never underestimate the power of light. We are the weather, the place, the body” I recall once writing. Fog embraced us daily. When sunlight flooded the vast room, there was a sense of levity, happiness and beauty: it was an event. I drew shadows on the floor in order to grab the light. The intangible becoming tangible, time becoming matter, light becoming real. Until the darkness of night.

A year earlier, I had seen a mesmerizing and inspiring mural by Tacita (Dean)… I started painting blackboard surfaces on which to mark the passage of time, and the presence of future others — their potential actions, drawings or writings. It was all very undetermined, and I was okay with that.

Over time, marks and inscriptions were added. I would document them, let them exist for a while, in layers, then clean and restart for new visitors.

Shall we begin from the beginning?

In Translation(s), I was the first visitor.

I lost count of how many followed, and only photos can help now. I was there waiting — thinking of genuine (not intellectual) hospitality. Spelling their names, one by one… 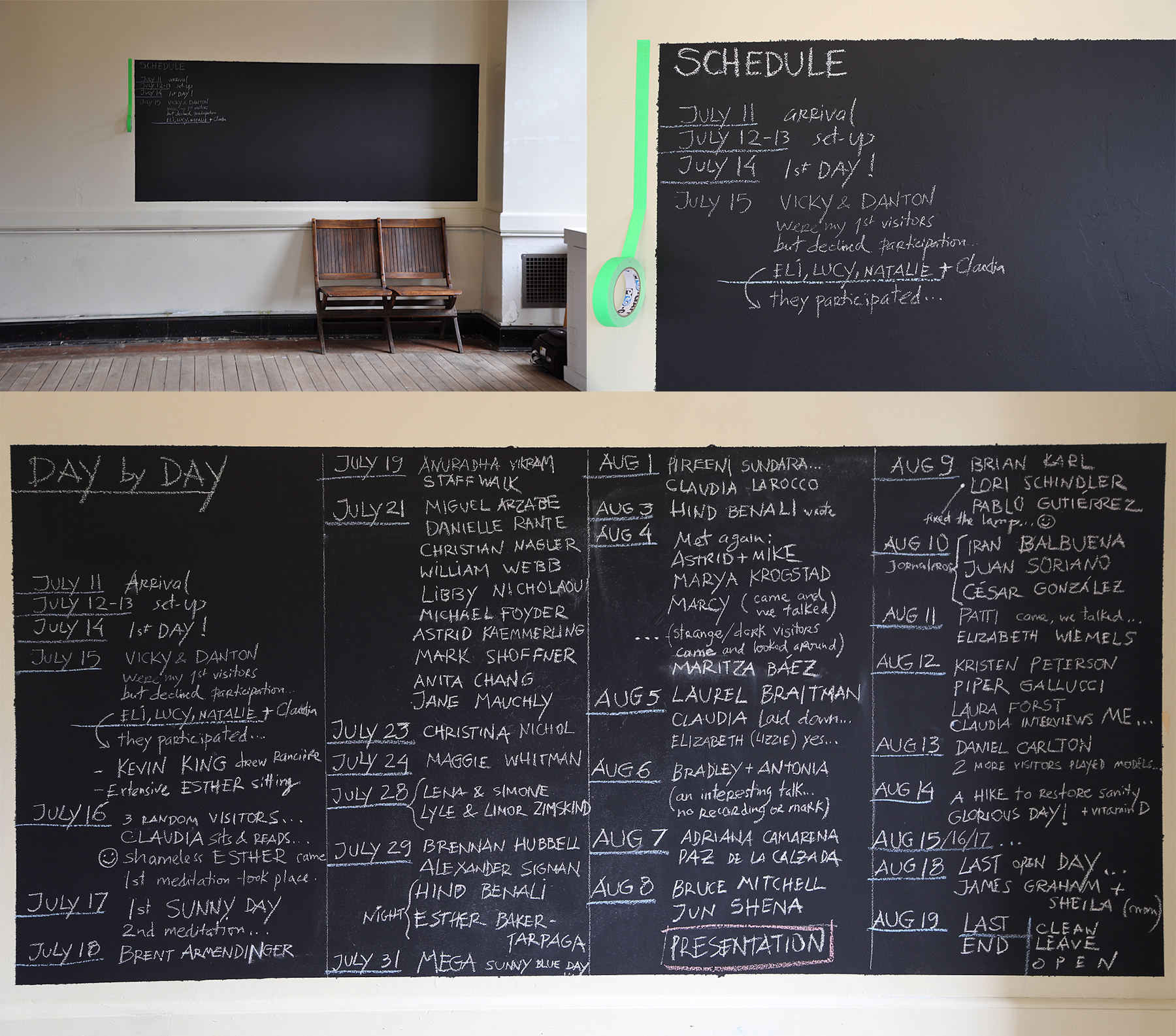 An abundance of images and videos lies in front of me — people of all ages would come inside the space, my community project room. I was open to what each situation could offer: conversations, interventions, poetry, idiosyncrasies? In process, in progress…

What I proposed was difficult to attain and at times to articulate.
Those in the same wavelength would absorb and give of themselves right away…
Those who were looking for straight answers and safety mechanisms would leave frustrated, puzzled or at least uninterested.
Interestingly enough, writers, poets and performers were those who lived my space as their own, who felt sheltered in such a nomadic and transitory relational ground.
Those who were somehow connected with their bodies and the raw nature of their words did understand what was at stake in the end.
The sacredness of the encounter, the present moment, the timelessness and the fluidity of being…”
Sunday night – Monday early morning
Aug. 5, 2013.

Can you hear the music? Sounds, distant voices. They escape me…

I remember walking around the main building, and feeling magnetized by a large piano sitting in a room underneath my space. I started a relationship. My time at Headlands was an improvisation: of being, of gestures, of words. The piano became part of that movement, encouraged by the after-hours solitude. Variations on the same composition, in the vibrating echo and through my amateur hands.

The conversations, the emotional and durational labor.

We met, we gazed, we talked, they left, I remained. Encounter after encounter, an intersubjective portrait of my time in Northern California would emerge. Personal and political, private and public.
How can I return, if not through the eyes of today? How many storylines can you draw, and which perspective do you choose? The endless potential of narrative, and the fiction of memory.

The most interesting conversations, interactions, and energies are probably not the ones that were recorded. There is a substantial part of the rapport that was left out from the video or audio recording…

So much there, desire, sharing, touch, encounter and mis-encounter. […]
The nakedness is good, makes for organic and truly open moments.
Then, it comes the depletion, the exhaustion, the need to close doors, and rest.
This is challenging, nobody said it wouldn’t be.
Finding out every day, every hour how this might be changing my practice, relationship with others, and process of creating that does not want to fixate or crystallize.
So much ahead. Being and feeling. Thinking.
More later.
Aug 13, 3.45pm

Such inside labor needed the outside to exist, as a counterpoint. The urgency to walk, the need to place myself in the natural landscape grew stronger, particularly on glorious sunny days. Hiking to re-center, re-energize. Days to restore sanity, to contemplate.

The Pacific, beautiful and dangerous. The wind, ever present, in strong gusts and dominant sound. The bridge, as a sentinel or entrance… the city shimmering beyond it. And the mysterious, cloudy, eerie night.

What is it to inhabit a place? Or to live the experience of that place?

Music at night. I had entirely forgotten… there I was, the younger self, in a performative and choregraphed presence, singing the songs and measuring the space with my body. Emotional and solitary and beautiful and sad.

I saw her unhappiness, her hunger for more, but the masks and the judgments wouldn’t let her free.
She was ready, but not really.
I felt sorry for M. I faced, once again, the unpleasant emptiness of the smile,
The cold surface of the non-connectedness.
I was there, reaching a hand, but she was too afraid.
Good to spend those ten minutes talking.
But I felt sorry for M. And I felt sorry for myself.
For my self-righteousness, for my daily obsessions with intimacy and depth, for my existence.
Then I stopped and finished my food. And my ginger beer.
I really felt sad for her, and for me.
Amen.
Sunday, 2.56pm

Then, I felt happy for M.
She was so present, so giving, so true to herself and to me.
I felt I could continue and try to film.
The footage does not live up to the deep interaction though.
It will stay in my memory and in my heart.
Sunday 5.32pm

Text as an impossible thread. My altered subjectivity.

I recall the writing and the reading. The presence of others in literary form, covers and pages from which to draw daily action and inspiration. Voices from past and present. The warmth of the body surrounded by books.

A dance. Together. I had officially written this before the adventure began:

Translation(s) will have several performative iterations. By either calling for a more spontaneous and improvised moment, or an invitational and planned encounter, Translation(s) aims to create a mental and relational space within a physical one, where potential participants (e.g. activated spectators) will respond to fragments of texts, audio pieces, and films, by translating those excerpts into something else. This translation is expected to be a highly personal and idiosyncratic one, by reflecting one’s interpretation of a given reality – literary quote, philosophical aphorism, lyrics of a song, musical score, or cinematic scene.
Through such fragments, the participant will be able to access the quoted author’s world, while immersing in their own open realm of subjectivity and creativity.
Throughout the specific time of this interaction, Teixeira will document in video and photography all the words and gestures (upon mutual consent), eliciting a space filled not only with verbal, but also non-verbal communication, including silence per se.
Everyone is invited to come into the studio and interact with the artist. Teixeira is genuinely open to what the situation might bring, and to what the participants might have to offer.
Talking, listening, writing, drawing, filming, sound recording, or merely sitting, staring and wandering, may all take place, honoring and respecting the quality and pace of each rapport.
The doors are open… the heart too.

While digging into my files, I find accidental homages to Mierle (Laderman Ukeles). As if it were a choreography, that footage is strangely performative and beautifully poetic. The act of erasing what was inscribed — of turning those inscriptions into ruins, as testament to an archaeology of that time. My time, our time.

And, there is always an end. Or something that it feels like an ending.

2013. I often leave things behind… involuntary acts of forgetfulness or mere disorganization?
Here, I discover a richness that I had neglected. What an evocative detour into endless archives. And I still remember my initial questions… they seem naïve now, too self-evident, but perhaps worth sharing.

– What are the limits in the process of negotiation with the Other ?

– How to activate participation ?

– How to generate encounter, leaving behind control of outcome ?

– Is control even possible under such circumstances ?

– How to embrace rather than exclude ?

– What is community and dialogue ?

– How to transcode and translate ?

– Is translation ever fully achieved ? 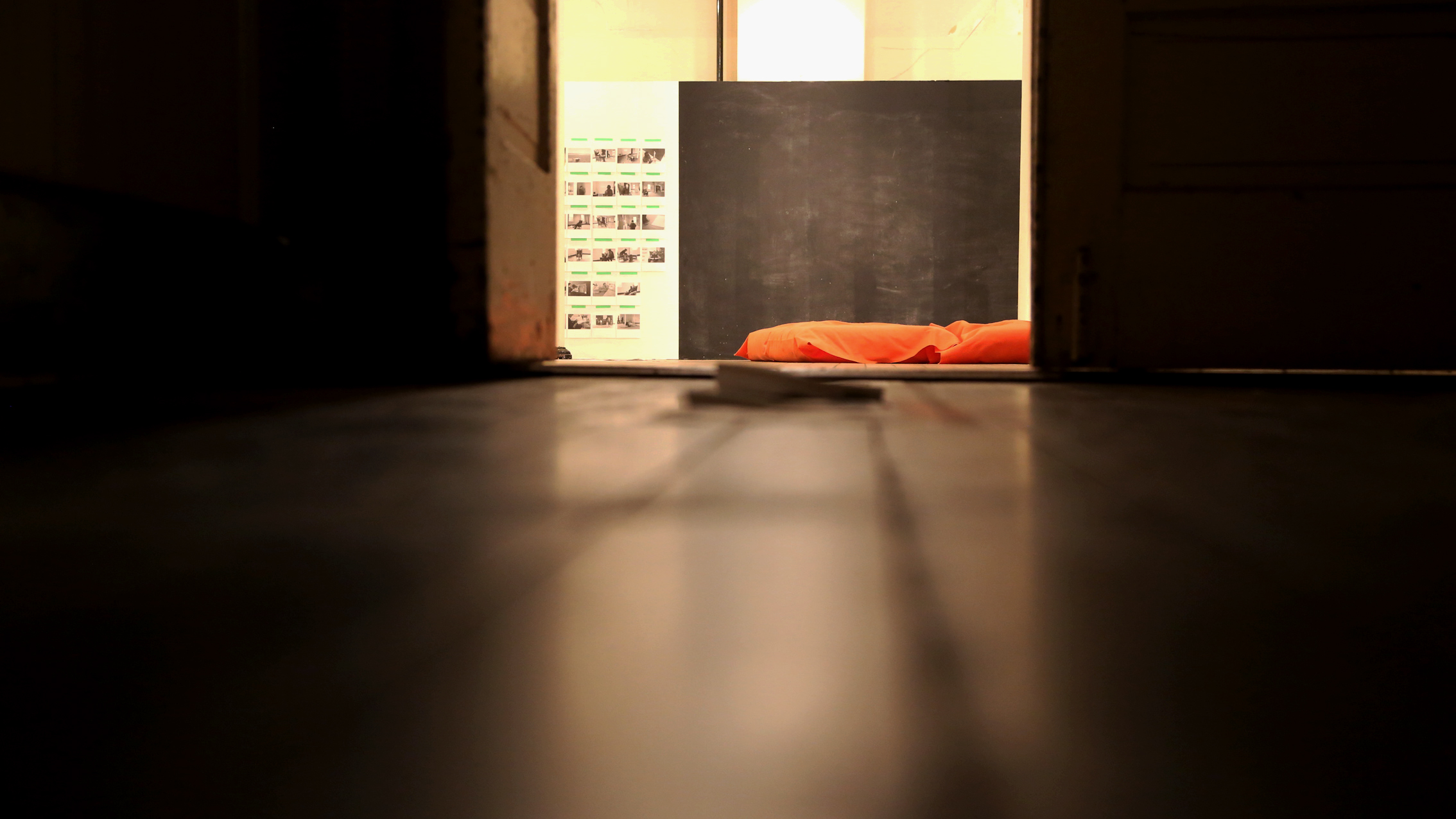 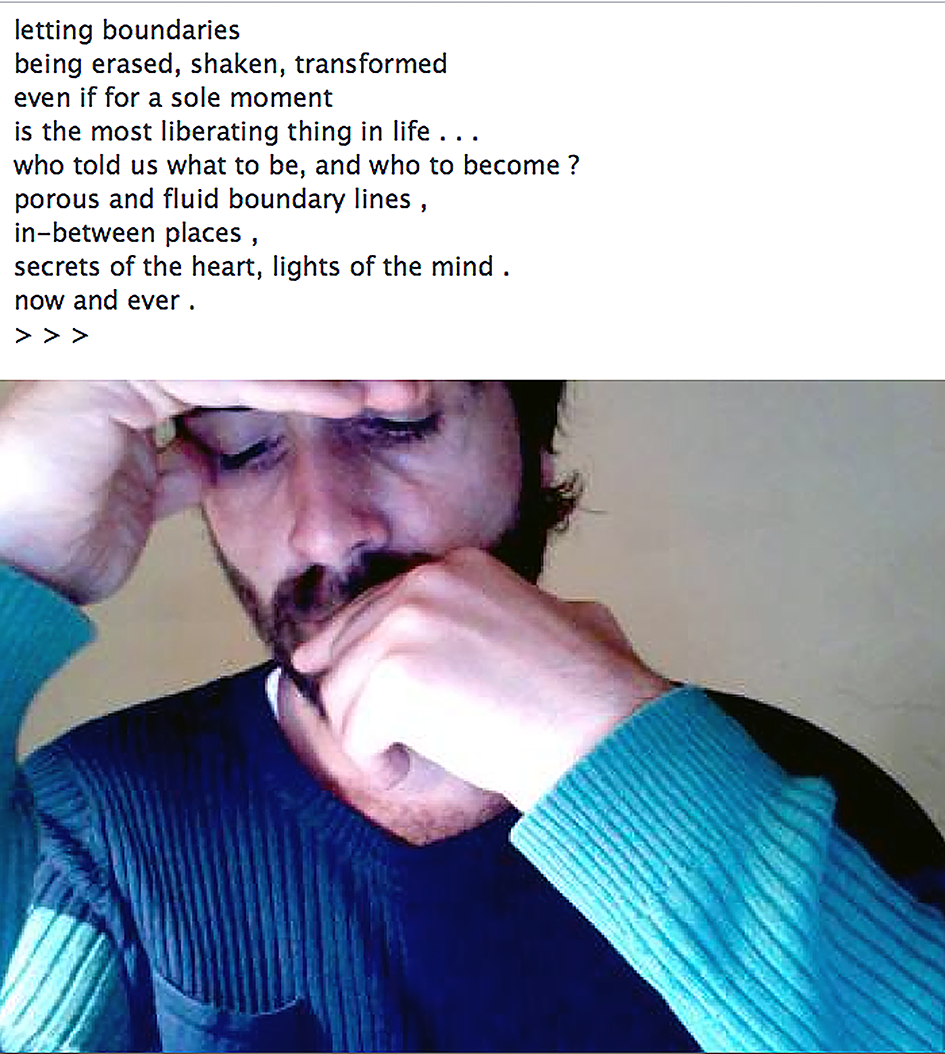