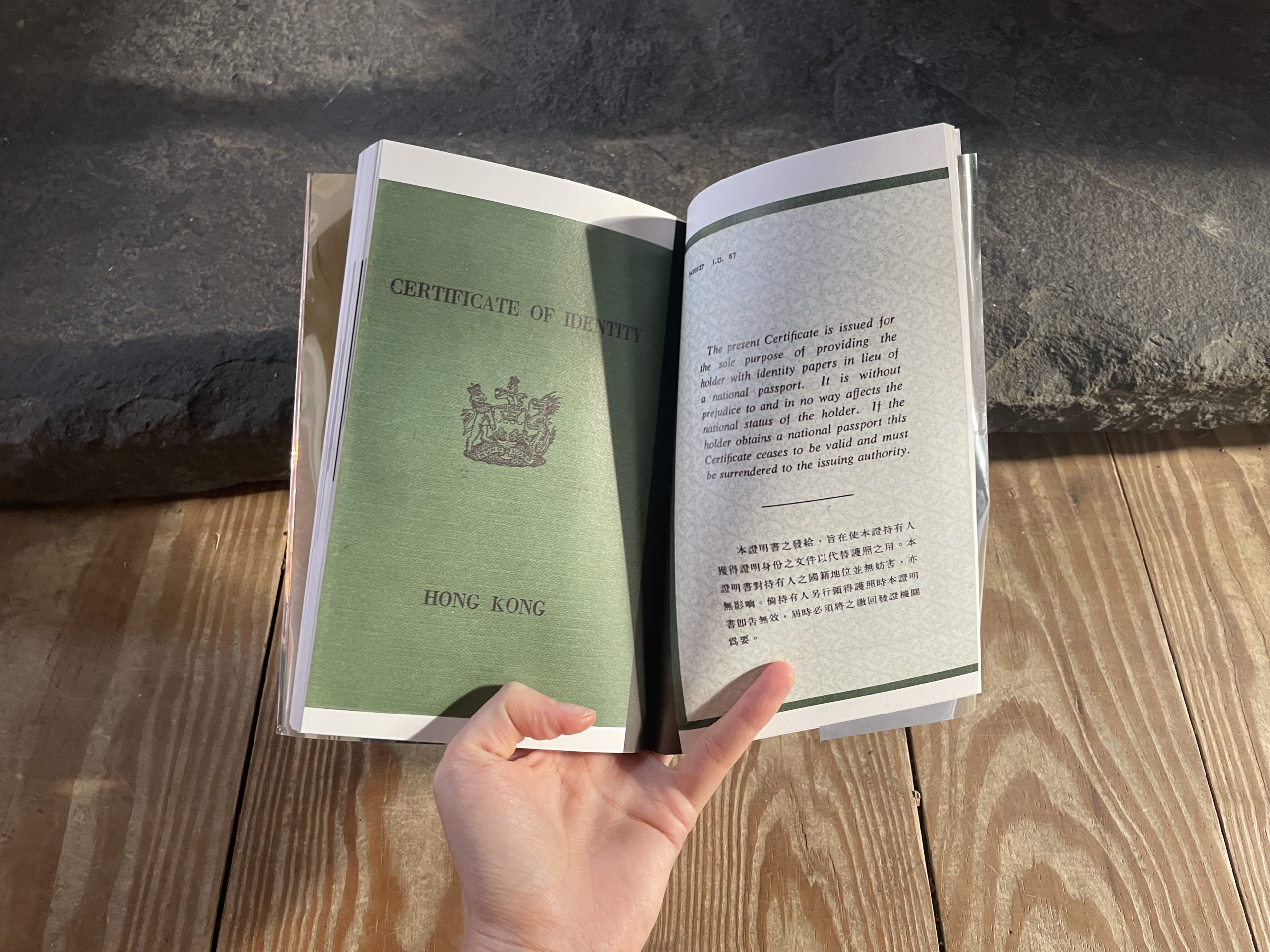 Dear Readers: My personal story accounts for a tiny fraction of the multifaceted identities and living experiences of people of Asian descent residing around the globe. It does not reflect the physical violence members of the AAPI community have long endured, nor the sexual violence and harassment experienced by so many AAPI women. I am grateful to you for taking the time to read my words, and I urgently ask of you: if you see something, say something. It requires an insurmountable amount of strength and courage for a person in fear to fight against violence, and to live with the ghostliness and silence of trauma — and it takes all of us to combat racialized hate rooted in white supremacy. -KC

I haven’t forgotten the phone call with my mother on the night before my twenty-ninth birthday. Our seemingly banal conversation concluded with her ruminative thought: it was time for me to put down roots somewhere. The meaning of this phrase bewilders me. My material belongings have sojourned in numerous cities — as have I, never staying very long in any of them. How does one begin to imagine a life rooted in a place?

Belonging is an equivocal abstraction — rudimentary and unsatisfactory as Cathy Park Hong puts it in Minor Feelings: An Asian American Reckoning — a liminal state that will remain conditional to immigrants. It’s an everlasting negotiation rife with emotional labor and inherently dependent on others’ acceptance, an unsolicited predicament for those who carry on the traumas of colonialism and displacement.

Artist and filmmaker Tiffany Sia and I were both born in Hong Kong and became naturalized in other countries — Sia in the US and myself in Canada. In her chapbook of bastard text, Salty Wet 咸濕 (Inpatient Press), Sia writes: “香港冇了.”1 A realistic outlook tells us that no amount of resistance or hope will stop this postmodern city from once again winding its countdown clock and unwillingly rotting away. During Sia’s recent talk for The Lab, broadcast from Hong Kong to San Francisco, I asked, “Where do you imagine yourself to be in 2047?” Sia would like to return to Hong Kong but “I don’t imagine myself to be here anymore…who knows? It’s a long time.” 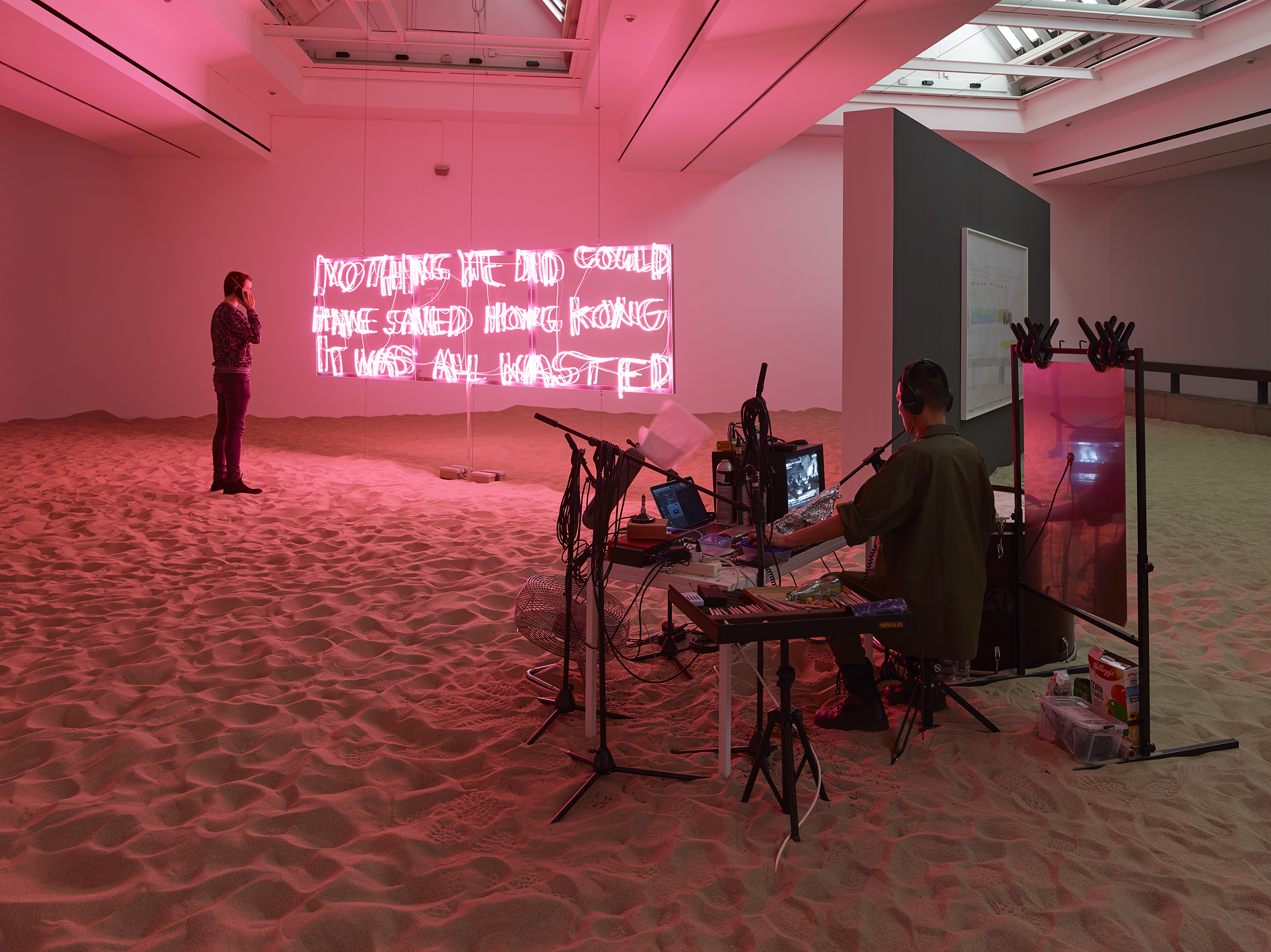 “NOTHING WE DID COULD HAVE SAVED HONG KONG IT WAS ALL WASTED.” When 2047 approaches, I wish to stare into Samson Young’s glaring neon text installation, contemplating the city’s reoccurring fate as collateral damage while grieving its annihilation.2 As a child of neocolonialism, I was born on leased land but have benefited from Hong Kong’s global capitalist modernity. I’ve listened to my grandparents’ stories of nostalgia for the city’s colonial past and I am now witnessing from afar the consequential conflicts and ruptures engendered by the falsehood of promised freedom and democracy. The city’s struggle to establish its identity outside of the Western post-colonial discourse and China’s nationalistic narrative parallel mine. Its colonial legacy still consumes me; its future death already haunts me.

Bilocation is a privilege but also an illusion of freedom; we cannot neglect validation from either place and yet belonging is never guaranteed. In her new book, Too Salty Too Wet 更咸更濕, Sia asks, “who are the legitimate or illegitimate children of a place?” Édouard Glissant argues that to claim legitimacy is to proclaim entitlement to territorial possession. For generations of Hong Kongers who continue to live on borrowed land or in exile, our history and future necessitate our abandonment of legitimacy and a connection to place that is beyond the colonial perspective. Glissant advocates in Poetics of Relation for an idea of rootedness that takes on the notion of the rhizome, “in which each and every identity is extended through a relationship with the Other.” This rootedness reminds me of Jenny Odell’s analogy in How to Do Nothing, in which the last old-growth redwood tree in Oakland is a witness to the city’s history, “a wordless testament to a very real past, both natural and cultural.” This ancient tree, “The Old Survivor,” instilled a sense of rootedness and “placefulness” in Odell. She defines attention as an open awareness to new surroundings but also a consistent effort to return to what has been observed; it is a training apparatus that can be modulated for different renderings of our reality. Odell’s deepened attention to the ecological landscape of Oakland gave her a new sense of belonging. I decided to take refuge in another type of archive. 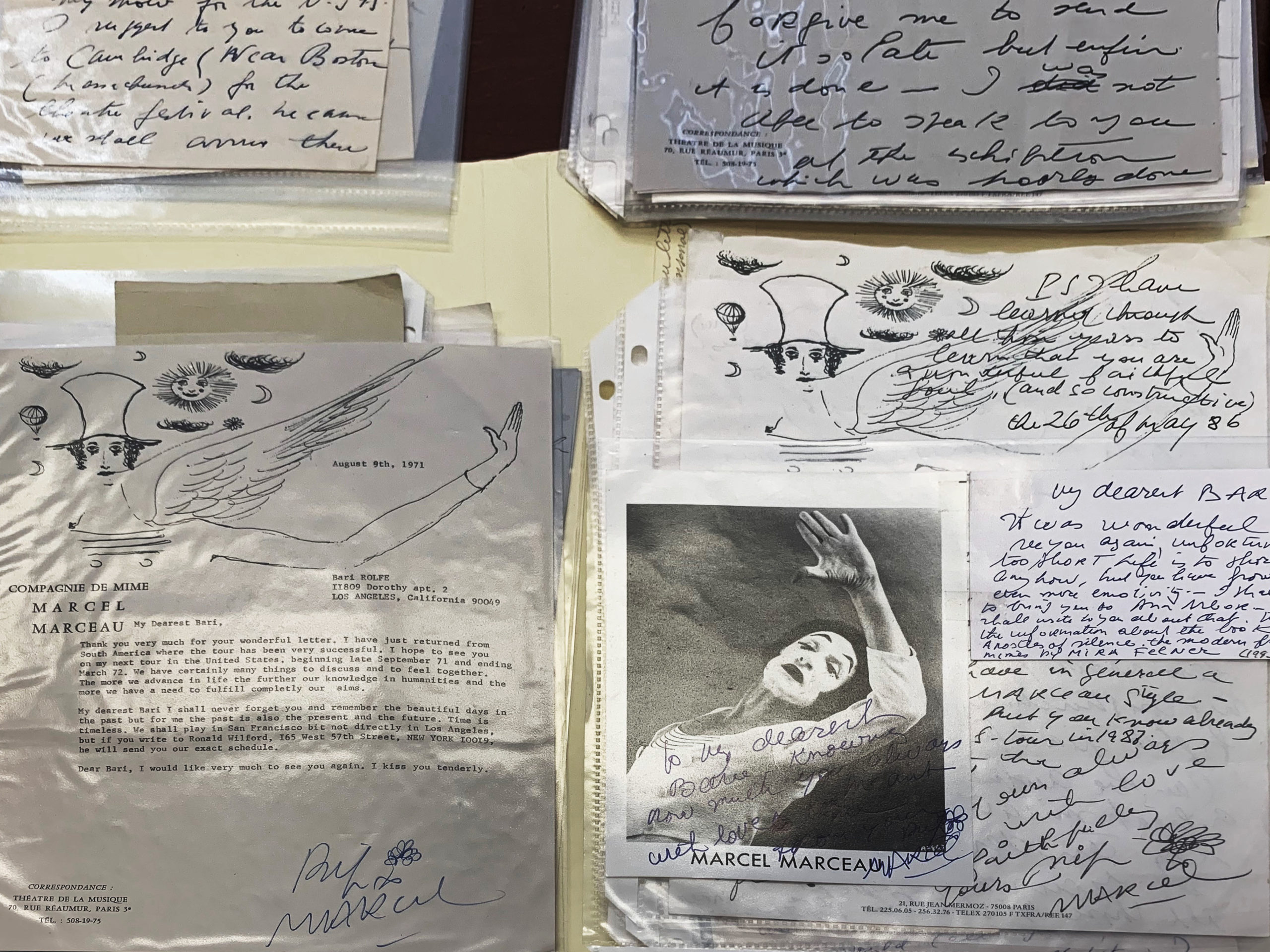 Letters from Marcel Marceau to Bari Rolfe, from the archives at the Museum of Performance and Design in San Francisco.

The edges of the stationary are adorned with whimsical and effervescent doodles of daisies and a smiling sun. Yet the words are tender declarations of lust and longing between a pair of star-crossed lovers — written by the preeminent French mime artist Marcel Marceau to his mistress, Bari Rolfe, a beloved figure in the US mime world who lived in Oakland from 1976 until her death in 2002. In the local archives of the Museum of Performance and Design, I had stumbled upon letters and telegrams that portrayed a romance spanning over two decades.3

Sitting in the green room at the Queen Elizabeth Theatre in Vancouver on December 30, 1960, Marceau wrote to Rolfe, “I love you…Yours as always more so (or Marceau).” His humor has not escaped me, but it is the desirous tenor of his letter that I empathize with. For I, too, had tried to reach my long-distance lover in California from an apartment building just four kilometers away from the theater. As my consciousness registered how this archival document coincided with my life, Marceau’s yearning and loneliness transcended linear time and space, traversing fifty years into the future to become part of my chosen memory — before this past chapter of my life is forgotten.

For Rabih Mroué, “to forget and to remember, that is what concerns the archive.” Since 1986, Mroué has collected various materials for his personal archive, a kind of memory that, as he says during his performance Make Me Stop Smoking, “is unlived, but it lives with me.” His invented archive is full of memories waiting to be activated in the future; those specific fragments of the past remain undiminished or unaltered without being consulted by him. It is a reliable apparatus in contrast to our imperfect memory, “so long as it is there, I can consult it […] I remember anything in it.”

Instead of making fraught attempts to belong, I wish to build a personal archive like Mroué’s. An inventory of selected memories that I can return to, drawn from all the places I have lived and am living in. And in living with and through this archive, I can begin to imagine a rootedness that may still be fragmented but cultivates a chosen narrative of my past while “speaking nearby” to my present surroundings. Invoking Trinh T. Minh-Ha’s approach to life and filmmaking, “to position oneself in relation to the world” as a form of resistance to illegitimacy, my connection to place is a form of re-created nostalgia that does not linger in the past but rather projects into my future.

Thank you Gordon Faylor for encouraging me to reflect on how archives can draw connections to places. Thank you Claudia La Rocco for your kind words and for helping me find mine in this deeply personal and affective piece of writing.