Why Is Ramses II Going to Tahrir? 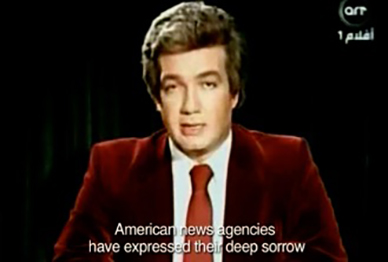 On February 6, 2020, SFMOMA and KQED co-presented Public Art and Ethics Today as part of KQED’s On Common Ground, an initiative bringing people together for civil discourse. Arts and culture reporter Chloe Veltman moderated a conversation on public art and its implications for politics and culture featuring artists Dewey Crumpler and Cristóbal Martinez, and writer and photographer Zoé Samudzi. Reckoning with the force of disagreement among us about how to face a future of economic, cultural, and environmental uncertainty, On Common Ground asks what are our shared responsibilities to the common good?

“American news agencies have expressed their deep sorrow for the loss of one of humanity’s most important edifices and stressed that this incident will reveal in the future mesmerizing scientific information. In France news agencies have warned of the possibility of the recurrence of this incident to ancient monuments in other parts of the world and called for tightening security around these monuments.”

I heard — or, rather, read — these words as I watched the film Unresolved Case (1981) by Medhat El-Sebaei. A monotonous news broadcaster reports on the mysterious disappearance of the Great Pyramid of Cheops; no one seems aware of or too concerned with the absurdity. The authorities appear to be exclusively preoccupied with identifying the person behind the disappearance while each of the involved parties blames one another. I thought about what would happen if the Great Pyramid disappeared today: Would the authorities also obsess over assigning blame in order to quickly close the case? Would activists be criticized for shaking up national stability?

Earlier this year in Cairo, I faced Tahrir Square — the central hub of the 2011 Egyptian revolution — as I walked downtown. It was early evening and the streets were noisy and all-consuming as ever. I noticed some construction work in the square. Over the last several years, downtown has witnessed heavily aggressive and deliberate gentrification efforts by both a private real estate company, Al-Ismaelia, and the government. This means persistent construction work in the district — something that I find more than a little alarming. Gentrification efforts like these are fueled by a desire to control the masses, aiming to preclude the possibility of another uprising in the district. The activists, writers, artists, and academics at the forefront of revolutions are mostly not rich; gentrification essentially makes the city center a hostile place for them to gather.

The construction turns out to be a stage for the relocation of ancient Egyptian monuments from their homes in various locations around Egypt to the dense central square of the metropolis. Among other pieces, a Ramses II obelisk is set to be fully re-assembled in the square; the base is already installed. Tahrir Square will also include four sphinxes from Karnak temples, and another obelisk from Luxor. The displacements have spurred local and international criticism over the safety, or lack thereof, of these precious monuments. I, however, was mostly curious about why: Why was it such that monuments that lived in one place for seven thousand years are suddenly going to disappear from their original locations and appear in the middle of Tahrir? What does it all mean? I was not not aware of the absurdity. 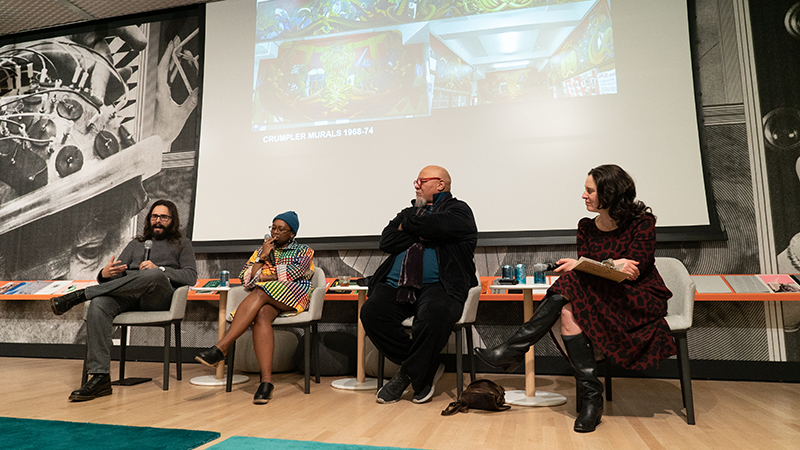 These thoughts were floating in the back of my head upon my return to the Bay Area last month; once the panelists at Public Art and Ethics Today started speaking, they came rushing to the front. In the case of Tahrir Square, how is public art being utilized or, maybe more accurately, weaponized?

“Art is political because its meaning is negotiated.”

Artworks contain various degrees of opacity that allow for conversations to arise around their value and meaning; this negotiation of significance ultimately creates space for various forms of criticality. And for the past few years, the political regime in Egypt has been aggressively eradicating criticality, arresting writers, satirists, current and former human rights and labor rights activists, journalists, presidential candidates, and academics. And here we see how public art can also be a means for control and justified spatial occupation: the strong and permanent materials and nationalistic nature of certain monuments can work against a fluid discourse, closing space where meaning might be negotiated. Meaning is reified. 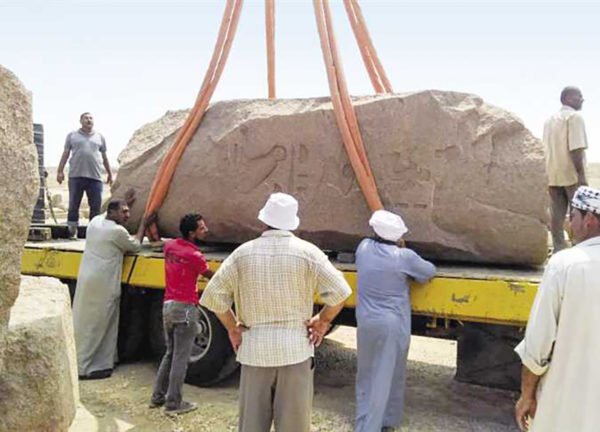 Aestheticplication is a portmanteau of “aesthetic and implication.” Samudzi was describing public art’s capacity for muting social issues within aesthetic landscapes, whether to stifle a sense of collective urgency in response to a pressing concern, or to explicitly co-opt activist agendas. Samudzi spoke about the seesaw project, the brainchild of two Bay-Area professors in which seesaws were installed along the Mexican-US border. She considered this to be a simplistic tool for addressing the symbolic weight of the demarcation; why not instead fight to abolish the border altogether? What does it mean to create art that makes people better able to cope with the status quo? I have the same questions regarding the relocation of the monuments to Tahrir. The monuments invite no change; indeed, they communicate an affirmation of and a conviction for stability; downtown Cairo will be without any disruptions, will be safe enough to contain these precious pieces of history, after all. The monuments don’t communicate the ill-advised joy that the seesaws attempt. Rather, they telegraph a sense of national pride, and so serve as a kind of celebration of history. 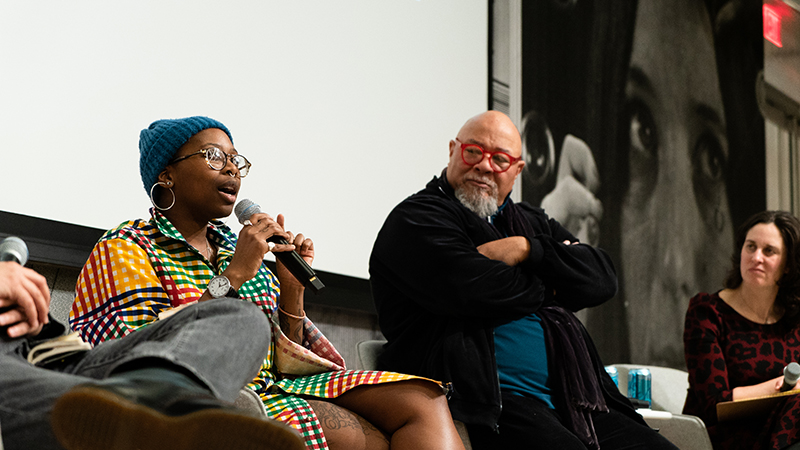 “Power operates in the arts. That’s why it is the first thing to go when they come for you.”

Art has a long and complicated relationship with power. It has been utilized to serve and further embolden the ruling minority, and also as a critical tool in clogging the operations of that minority. In Ancient Egypt, kings and queens were the ones for whom grand temples and monuments were erected. Later, those artifacts became icons of Egyptian heritage, ancient civilization (in Egypt and elsewhere), and technology. The relocation of these monuments conflates this heritage with the military power that now grips the country. The monuments arrive riddled with reified meanings and connotations; they are not new artworks that could be contested, discussed, or even removed. Even though the decision to relocate them comes from the current regime, they can’t be a symbol of it. This confusion makes it extremely difficult to isolate and challenge the regime’s power.

The last comment at Public Art and Ethics Today was from an audience member; he considered all art a form of propaganda. Martinez disagreed with that notion, claiming that art is opaque enough to be infinitely contradictory. I thought about the capacity to be infinitely contradictory. Perhaps is it precisely that degree of ambiguity that allows art to be manipulated into a vehicle for propaganda. But if we stop and look at the art objects as they are — weird, contradictory — they are never only propagandistic. Or, maybe it is better to say that they contain infinite propagandas, full of promise and risk for those who are ruled by them, and those who presume to rule them.