Writing is the solid form of language, the precipitate […] writing is language displaced from the mode of immediate gesture or speech to the mode of the memento… 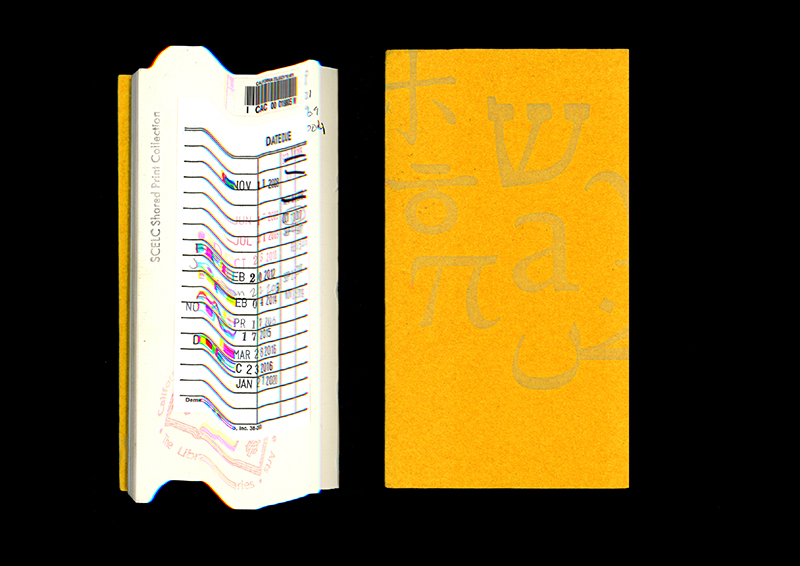 On the first anniversary of my father’s death my family met at the cemetery. I brought rubbing wax and paper and we were down on our knees in the grass beside his stone. It felt like a way to be close to him again, to remember his name, rubbing the wax into the paper in the indentations of his name.

The surrealists had their frottage: Max Ernst’s drawings made by rubbing his ancient wooden floors. He went on to work with many surfaces, exposing latent histories through these gestures. Do hidden spirits reveal themselves?

I have been admiring Alexandra Grant’s recent paintings. In her series based on Antigone, the artist works with Antigone’s response to her uncle Creon, the new ruler of Thebes: I was born to love not to hate.

Antigone’s brother Polynices was killed in the struggle for power; Creon, who defeated him, refuses to allow Polynices a ceremonial burial. Antigone defies her uncle. With tombstone wax and rubbings of all kinds Grant inscribes born to love not to hate over and over again into the paper of her paintings.

On my way to the Bridge of Sighs in Venice — so named by Lord Byron upon witnessing prisoners sighing while passing over the bridge on their way to their cells — I noticed a store that had linens in the window. When I look at linens, I remember my aunt who died very young, and my grandmother. I inherited their linens; none of my brothers nor my aunt’s sons were interested. I like feeling the fabric, examining the stitching and hem work. Using napkins with their initials connects me to them and to their labor.

I am always amused that the poet Gloria Frym uses handkerchiefs, which she refers to as hankies. I was pleased to find her one in the shop with a G embroidered in white on a white linen ground. The tradition of first name initials on women’s handkerchiefs marks personal space.  My grandmother and aunt embroidered their table napkins with the initials of their married names. It is always a long story to explain how the inherited napkins are related to me.

What are the gestures behind text? I am pretty sure it was mostly men carving into stones, but the stitched letters made me wonder about women writing too. 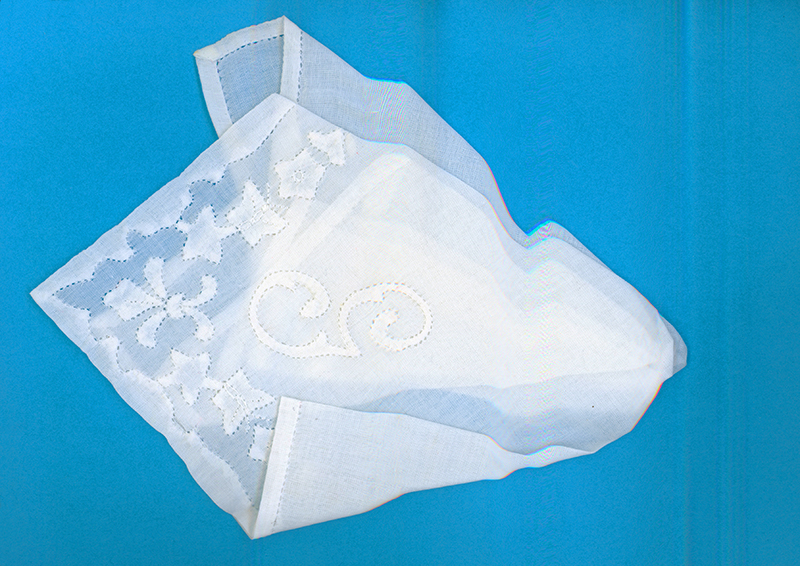 The Bay Area geologist Doris Sloan and I were walking past the Alhambra Theater on Polk Street in the Russian Hill district of San Francisco. A few months before a collaborator and I had interviewed Doris for a project. I was curious about the invisible histories in my neighborhood, like the story of the underlying rock on which the theater had been built. As we walked by the theater, she ran her hand against the stone façade; “you see,” she said, “the layers in the stone — a history of time.” In her Geology of the San Francisco Bay Region, she writes:

It takes practice to get a feel for geologic time. Today’s landscape and rocks are the result of processes that operate on both human and geologic time scales […] Remember to ask, What processes are going on today? and What happened long ago?

I visited the Alhambra Palace in Granada again this summer. I had been there a few years ago with Gloria when I was working on my Alhambra Project — in relation to the theater in my neighborhood, but I wanted my husband to see the palace too. On my first visit, Gloria was also doing research, hers for a story she wanted to write. The story would give one of her aunts, who died in the Holocaust, a different ending to her life, one that included a love affair with a young man in the Spanish Civil War and hiding in the hills above Granada.

The Alhambra is full of lettered text; it looks like stone, but the text was made in molds and applied to the walls around the whole palace, making a giant lettered book. I surreptitiously scanned the surfaces, which included phrases like, “There is no victor but Allah,” words like “blessing” and “happiness,” and my favorite political advice: “Be sparse in words and you will go in peace.” 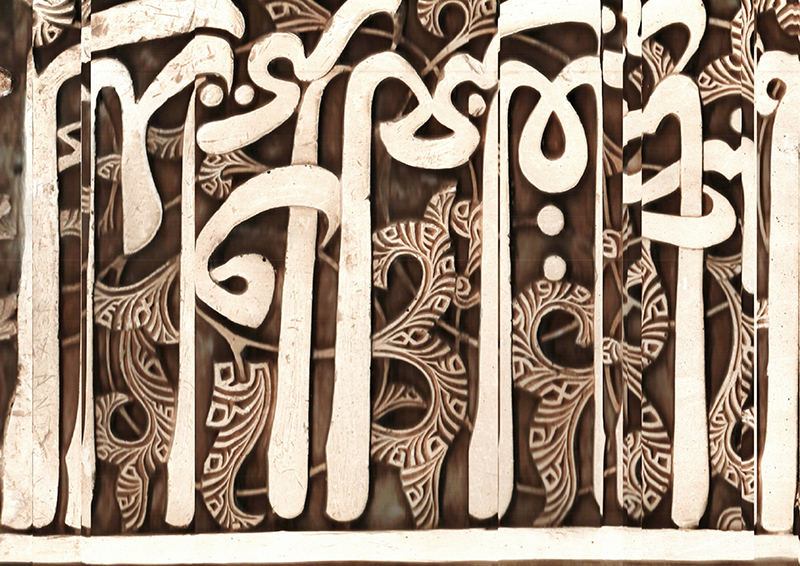 Roman funereal stelae, both sculpted and inscribed, were in the museum in Padua near the Scrovegni chapel that houses Giotto’s frescos of the Last Judgment. Taking the train from Venice to see this masterwork felt like a pilgrimage. Visitors are allowed fifteen minutes inside the chapel itself — to keep the breath down so the frescos do not fade. Breath at the Bridge of Sighs, breath in the chapel. I think about our breath circulating around the world.

Back in Venice, following in the footsteps of Sophie Calle’s Suite Vénitienne, I took the Vaporetto to San Michele cemetery. I walked around contemplating the dead, or perhaps death. I took pictures of the backs of the headstones their shapes and layout. Not recording the names seemed respectful of the dead. Increasingly the texture of the stone itself — the marble, attracted me. 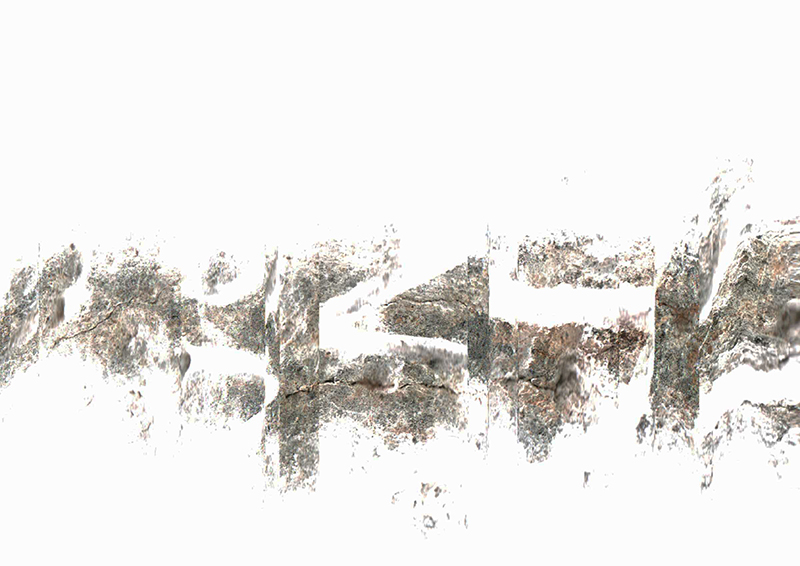 Marble is traveling, too. The Cervaiole quarries in Italy, once excavated by the de’ Medici, are now sending their biggest shipments of marble to mosques in Mecca and Abu Dhabi. A Saudi investment group has a large stake in one of Carrara’s biggest quarries.

There is marble in old church windows in Spain; thinly cut, the light filters through the filigree of the grain itself.

I worked with a master stonecutter named Philip Marich who cut marble shapes for a project. I recommended him to the artist Taraneh Hemami, who wanted to have a piece of marble cut in the shape of a mehrab for her project Reverberations of Stone at St. Ignatius Church, in which she transposed an “Islamic space of prayer within a Christian sanctuary.”

I had left a portion of my marble with Philip as I wasn’t sure what I wanted to do with the rest, and he offered to store it for me.

One morning I had a strong feeling I should return and get my remaining marble. The shop on Courtland Avenue in the Bernal Heights district of San Francisco looked deserted when I parked out front. I walked into the cavernous industrial space and finally found the owner sweeping up in the back. He said he was closing the shop; he could not go on working after the terrible accident. Through tears he told me that Philip Marich had been crushed to death when the marble in the shipping container he was inside suddenly shifted. Taraneh’s title took on another meaning. 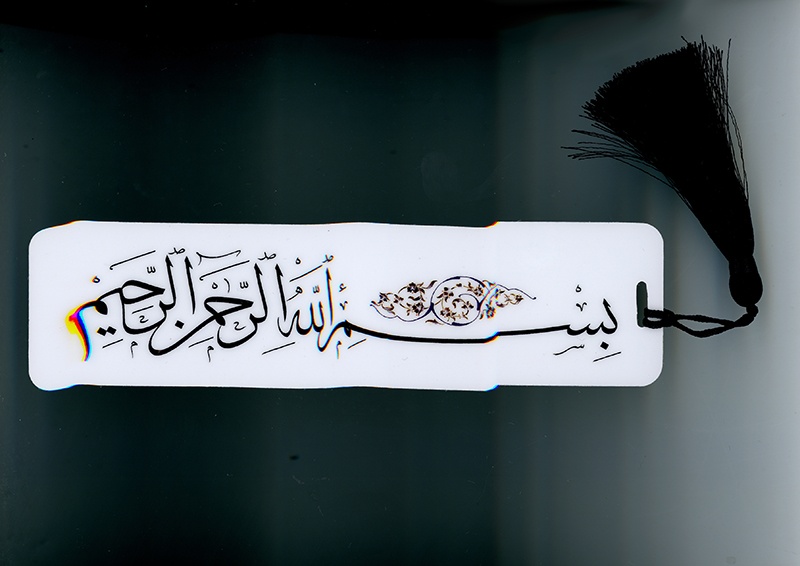 I bought bookmarks for my friends in a calligraphy shop in Istanbul. Even my Turkish friends could not read what is written on the bookmarks, as they are written in Ottoman script. President Mustafa Kemal Atatürk changed written Turkish to a Latin-based alphabet in 1928.

The family we stayed with in Istanbul had an elaborately framed piece of calligraphy on their living room wall. I asked what it said, and no one could remember exactly. It had been presented as a thank-you gift by a visiting foreign friend who had found it in a junk shop. We often sat watching container ships navigate the Bosporus, playing a guessing game of where the ships were from by deciphering the container logos or ships’ initials.

Léonie Guyer’s recent paintings on Carrara marble are the meeting of two times: the mark made, one time, and the marble another. I am taken by her use of glyphs, which are painted onto the marble rather than inscribed, as in the Roman ruins and tombstones. 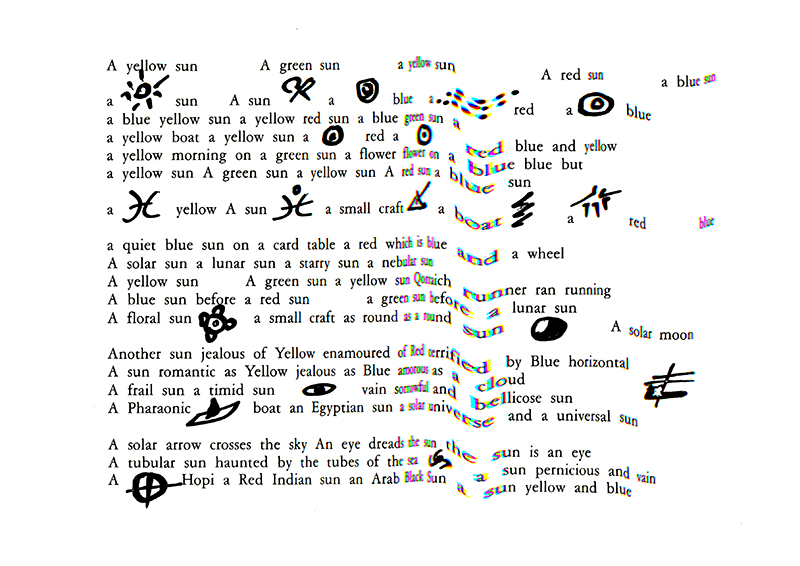 The poet and painter Etel Adnan also uses glyphs as forms of language. They speak beyond language, but are language, where the form is bigger than words. About the glyphs, Adnan says in a 2009 interview in Bidoun with Lynne Tillman, “The signs are there as an excess of emotion. The signs are the unsaid.”

When my son was learning to write, a teacher said it would be helpful for him to feel the resistance of writing against a chalkboard. The kinesthetic pull of the chalk helps solidify the letters in the brain.

I read recently that cursive is going to be taught again in schools, as research now shows that simple printing, including typing, does not link the left and right hemispheres of the brain. Writing in cursive stimulates the synaptic relations and creates synchronicity in our brains. I imagine stitching does, too. 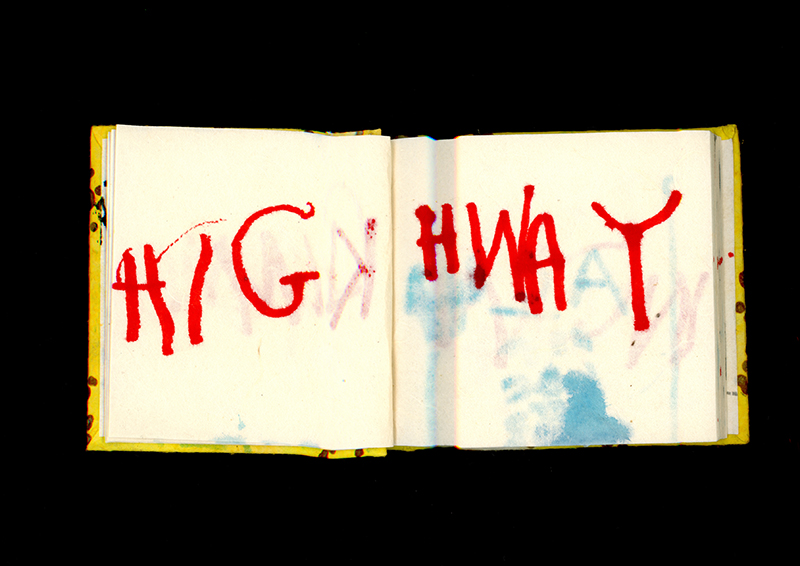