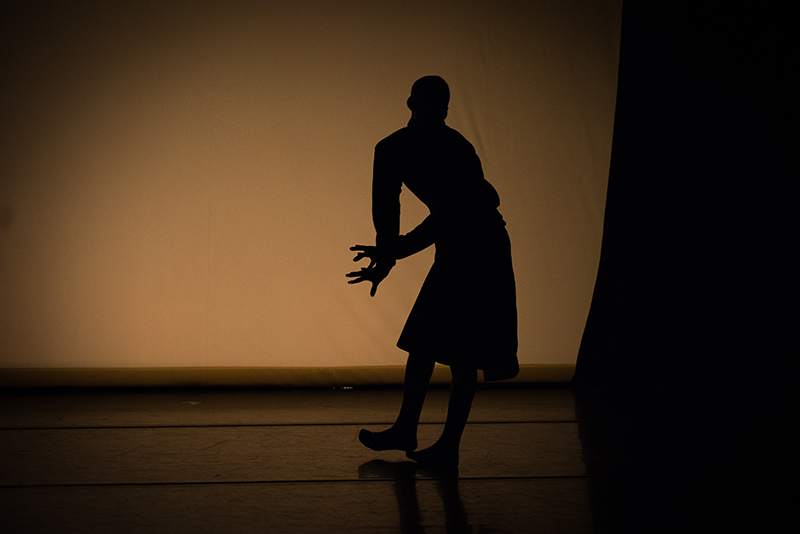 Frankie Lee performing in Dazaun Soleyn’s (Study)one, which had its premiere in Signals from the West. Photo: Hillary Goidell.

Confession: I feel like the last queer brown genderf*cked individual to have not reached out to my ancestors. This seems practically irresponsible within the current zeitgeist. It’s not as if I don’t want to be in touch, it’s just that I worry what they’ll think of me. What is their position on homosexuality? Or the fact that I post communist memes but sometimes spend stupid amounts of money on organic, small-batch skincare products? Where are they and what are they doing right now? I have not called them in. I’m attributing this problem of spiritual distance to how complicated it can be to allow yourself to truly be seen; to carve your desire path through the grass of self-knowledge; to invite those beyond to today’s party, when you are worried about being judged by ghosts. Yet I do believe it’s only a matter of time before I make intentional contact with my (possibly, I hope) progressive, gay, amused family spirits. Perhaps I should begin by trusting that there are already acts of transference in what I am thinking and making; unknown to my conscious mind, my flow state is sending me their transmissions already in how and what I touch — through material choices, mind states, intuitive measures. Maybe somewhere in time and space my elders are gathered in a cabal, dusting boric acid powder for slip over a carrom board and cracking jokes about me.

There’s something in the work of poetry that possesses feeling — that can wrap quietly or sometimes bracingly around a feeling — without revealing exactly how this feeling was born. Was it inside you already, extracted from your memory? Or conjured by the words on the page, the poet who first wrote them? You and some extra characters are in the room of your head feeling something together: you, the words, the poet, the ghost, a dancer, a lineage, an emotional enchantment.

These days I’m mostly disinterested in the white male canon — a decision I made in order to make more decisions, to feel that I had agency in discovering for me rather than for the sake of an institution. Before attending Signals from the West, I knew very little about Merce Cunningham, and what I now know I’ve gleaned from witnessing a group of dancers and artists traveling through the prism that is his legacy,  beaming out something new and spilling it across the walls and screen and floor. It was probably the best way for me to decide to care; to be given the opportunity to absorb the intention and structure of Cunningham’s pedagogy of dance through a group of people who explicitly and implicitly deal in the arduous, messy existence that is today, not just yesterday. 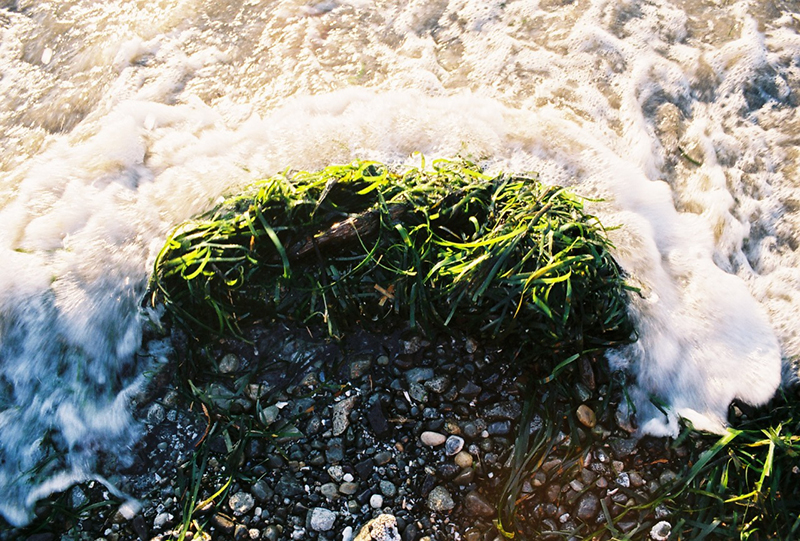 When I think about the act of reflecting upon a reflection, I enjoy the doubling effect, and in one more motion, the refraction. To mark time with a bend; here is where we all curved (the audience too) just as historical spines once warmed up like synchronous traffic. Here is where we deviated, problematized, made light of, left something out. Here is where we sat on the remote, got spastic. Watching the choreographed movement, I was quietly possessed with fractalized memory: music that reminded me of a video game’s water level (jumpy, yet zen), the giddiness of queer excess and realness, a strong sudden nostalgia for corduroy skirts, for jersey turtlenecks (and then suddenly Throw the Gildan on the children / Hand-me-down fits / Chest pass, see mist off rotation — a Frank Ocean lyric). There is deep pleasure in strong attention, and in completely losing it. I was not always calm while watching the movement in front of me, leaning forward in my seat to take something in, recoiling and shifting again because of chronic back pain. It feels a part of aging that now I am never unaware of my body in time, its realities.

Where the body is the medium (and when is it not?), withdrawing the world from the art, or the art from the world, is a fiction. As a young dancer, I was drawn to Cunningham’s work because, as a physical practice, it offered me the possibility of burnishing my body.  But there was never any chance of me escaping myself. It — and the world — always found a way in.

In my teen years I was obsessed with Frank O’Hara — I didn’t know very much about him, but something in the way he felt was the way I felt. It’s going to be the sunny side / from now / on. / Get out, all of you. I lived and died for that admonishment: Get out! All of you! I found O’Hara at an early age probably because his popularity was buoyed by the structures of a world that celebrated his legacy more universally than, for example, June Jordan, who would take many more years of self-discovery for me to find and then lose myself to just as heart-wrenchingly. O’Hara was an uncomplicated love, because yes, there was a lot I didn’t know about who I was going to be, but more tellingly, I had yet to know the discrete and sometimes hurtful realities my body would experience, realities that would someday set me in search of other voices who could possess me, heal me of those harshnesses. This is my traffic over the night / and how / should I range my pride / each oceanic morning like a cutter / if I / confuse the dark world is round ˆ— I change because I have to change to make things new, and to survive. This does not change the memory of a love, its transmission of pleasure, which continues in new forms. Now I try to remember to applaud at the end of each round, each dance, each movement; for the ones I adored, the ones that did nothing for me, and even (especially) the ones that hurt. Round who / in my eyes at morning saves / nothing from nobody? I’m becoming / the street / Who are you in love with? / me? / Straight against the light I cross. 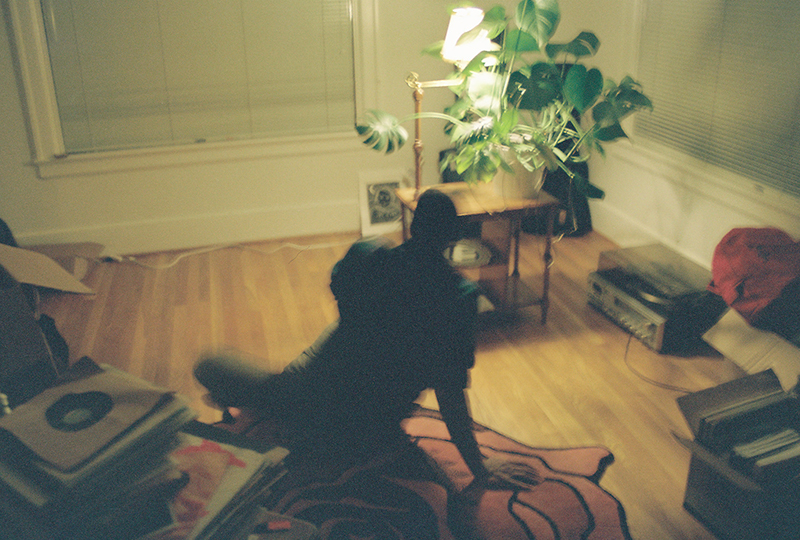 I’m in emeryville thinking about the Shellmound this mall was built upon
flicking seeds through my teeth at every easy shopper
you think I belong? here? if not for fist fighting my demons

I would be non-violent. I take them out, make slow to no permissions.
behind the dunes of an ear are whispers of pleasure
and whispers of rupture, cracks in the marble slab your cold

switched ass sits upon, ridges of a shell shard that teases
by lifting up and back into the sand again and again to block the beetle’s path.
meandering but I’ll pull it back again.

I won’t lose the line. I am told
and so aspire to be more clear.
that which becomes that, which
becomes that — this is performative utterance made of a kind of wrestling.
now I want words to be a solid block of hymnal —
ohh! I know nothing of a church morning but I grew up in america so I do

This essay takes its title from dialogue in Maxe Crandall’s experimental soap opera STOP PLAY, which had its premiere as part of Signals from the West.