The recent anniversary of Sharon Tate’s murder has me thinking about a chance encounter my friend Julie Casemore and I had in 2016 with the photographer Shahrokh Hatami, a friend of Tate’s who identified Charles Manson at his trial for her murder. Fascinated as Julie and I had long been with the story of the Manson crimes, meeting Hatami had a powerful resonance.

I was born a few months after Manson and his followers were found guilty of butchering Tate and seven others in the summer of 1969. Growing up in Los Angeles in the economically depressed and smog-choked years that followed, it was impossible to escape the specter of that diminutive Svengali whose deranged plot to start a race war had been launched with the random murders of rich white people he was sure the “pigs” would assume were committed by Black Americans. Each time a significant anniversary of that horrible summer came around, or Manson was up for parole, the local TV stations would recount the events in excruciating detail, often giving Manson himself airtime to spit out a paranoid screed; Manson made for “good” TV. I vividly remember watching the notorious interview Geraldo Rivera conducted with him in 1988. His dirty hair seemingly cut in the dark with a razor blade, a swastika crudely tattooed between the black holes he had for eyes, ranting like a corner preacher, Manson seemed to pose a continued threat to civil order despite being locked away in a maximum-security prison.

In the endless recreations and retellings of the crimes that I absorbed in my youth, Manson was the ultimate bogeyman, the embodiment of unrepentant human evil — and Tate the quintessential innocent victim, a gorgeous blonde actress in the prime of her life who was glowingly pregnant with her first child when she was senselessly cut down. Like many people who grew up in LA in the 1970s, I came to see the Manson murders as the dividing line between our sorry era and the glamorous and carefree one that had preceded it, when there was no traffic, The Doors were the house band at the Whiskey, and the Valley was covered in orange groves instead of asphalt. Charlie and the bedraggled band of young people he convinced to do his bidding had burst the shiny, sun-kissed bubble of the ’60s, and we lived in its soggy, brown-toned aftermath.

Julie and I met Hatami on the last night of a trip to attend Paris Photo, an art fair held at the resplendent Grand Palais. We had flown separately on November 8, 2016, the night of the US Presidential election, leaving home convinced that we’d elected our first female commander-in-chief. Instead, we each spent the long night on our respective planes crying as we listened to the shocking results over bad airline Wi-Fi while the passengers around us slept. I never recovered my equilibrium, and walked around Paris in a weepy, jetlagged haze. I don’t remember ever seeing the sun — in my memory the sky was as consistently dark as my mood. Adding to my sense of dread and pervading sadness was the fact that our last night there was November 13, the anniversary of the terrorist attack that had left one hundred and thirty people dead at the Stade de France and the Bataclan theater the previous year. I had been in Paris that night, too, and I had a nagging fear that a copycat terrorist might use the anniversary as an excuse for another attack.

In an effort to buoy our spirits, we decided to go out for drinks and dinner that night. We started at La Closerie des Lilas, where we ordered overpriced Manhattans and bulots, delicious sea snails with greenish grey turban shells served chilled and dusted with cayenne. We sat at a table with a plaque indicating it had been André Breton’s favorite. We were feeling significantly better until the pianist began playing Leonard Cohen’s “Hallelujah.” That song is heartbreaking enough on an average day, and Cohen had died less than a week before; despite the welcome influx of bourbon in our bloodstreams, hearing it caused our moods to sink again. We decided to find a less expensive and less somber place for dinner, tracing a triangular path along the Boulevards Montparnasse, Raspail, and Saint-Germain, to the west of the Luxembourg Gardens. Most of the restaurants and brasseries we passed were understandably empty; it was still early, it was cold, and it was the anniversary of the worst terrorist attack in French history. But we finally arrived at the Brasserie Lipp, brightly lit and full of patrons. 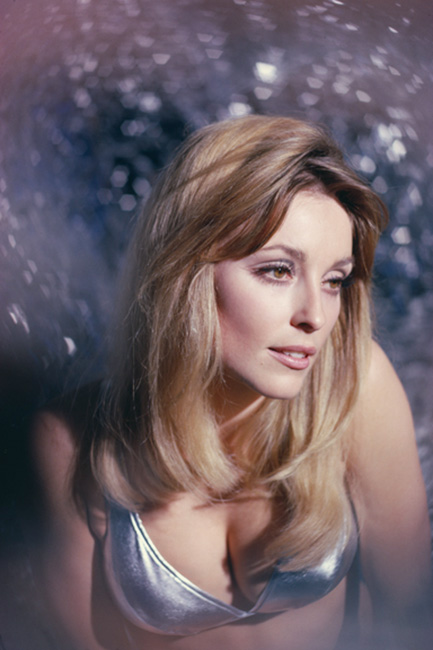 As we waited for a table, we noticed an elderly, slightly disheveled man slumped in a chair. He was dressed in a well-loved cardigan, dark pants, and the kind of medical shoes with Velcro straps that diabetics wear to protect their sensitive feet. He struck me as a stereotypical Bohemian type of the old school; he wasn’t wearing a beret, but he could have been. Perhaps he was a poet. Or maybe a former philosophy professor at the Sorbonne. He was looking down at his sad shoes, and was clearly the source of great consternation for two middle-aged male waiters who were alternately arguing loudly with one another and yelling into the phone. Was the old man waiting for a taxi that hadn’t come? Had he fallen ill during dinner and an ambulance was about to arrive?

Soon, the waitress sat us at a table directly across from him. Our table was in front of a long banquette, which required Julie and me to sit next to one another, giving us front row seats to the incident unfolding before us. The woman dining alone at an adjoining table had been watching the proceedings, too; when she heard us speaking English, she offered that she was very worried about the old man. As it turned out, she was Gabriella Imperatori-Penn, a Swiss-born photographer who lived in the US; we even knew a few people in common.

When the waiter came to take our order, Gabriella, who speaks fluent French, asked him what was happening. He told her that the man couldn’t pay his tab. He had apparently claimed that someone would come and take care of it for him, but since that had not transpired in a timely fashion, the restaurant had called the police. We were appalled. How could they send this elderly man to jail? The three of us conferred, and quickly decided we’d offer to pay his tab. The waiter was disgusted as only French waiters can be, remarking that old guys like that just go around taking advantage of people. Why would we encourage him? Suit yourselves, he finally said, clearly feeling that we were romantic suckers.

Once we had paid the old man’s tab, which was not inconsiderable, Gabriella got up from her table to go talk to him. She crouched beside him and they spoke, in French I presume, while Julie and I silently ate our dinner and watched. When she came back, she had tears streaming down her cheeks. “He’s a photographer!” she said, drying her eyes on her napkin. This seemed to us all to be quite an amazing coincidence: Imperatori-Penn is a photographer, I am a curator of photography, and Julie owns a gallery dedicated to the medium. It solidified for us that we had done the right thing.

After a while, the man rose from his seat and shuffled over to our table. He bowed his head slightly and said thank you. “I am a photographer,” he said. “My name is Hatami, and I photographed many famous people. I was Sharon Tate’s favorite photographer.” As he left the restaurant I found his website on my phone. Up popped familiar soft-focus glamour shots of Tate with her long, mascara-encrusted lashes and endless waves of cascading blonde hair. Next to the pictures was a text that ended with the statement “Hatami was a close personal friend of Sharon’s as well as her favorite photographer. His odyssey concerning her murder is well documented online.”

As we quickly learned, Hatami had visited Tate at Cielo Drive the day before she was murdered. While he was there, Manson had come to the door looking for his friend Terry Melcher, and Hatami and Tate had sent Manson away. Having seen him that fateful day, Hatami had later become a crucial witness for the prosecution, identifying Manson at trial.

After Hatami left the restaurant, our waiter returned to our table to check in with us. In a vain effort to impress him and convince him that we had done the right thing by paying the man’s bill, I told the waiter in my broken French that the old man had once been a famous photographer, and that he had known Sharon Tate. Although seemingly unmoved by this revelation, the waiter, who had warmed to us a little, offered: “You know, Roman Polanski comes in here all the time.”