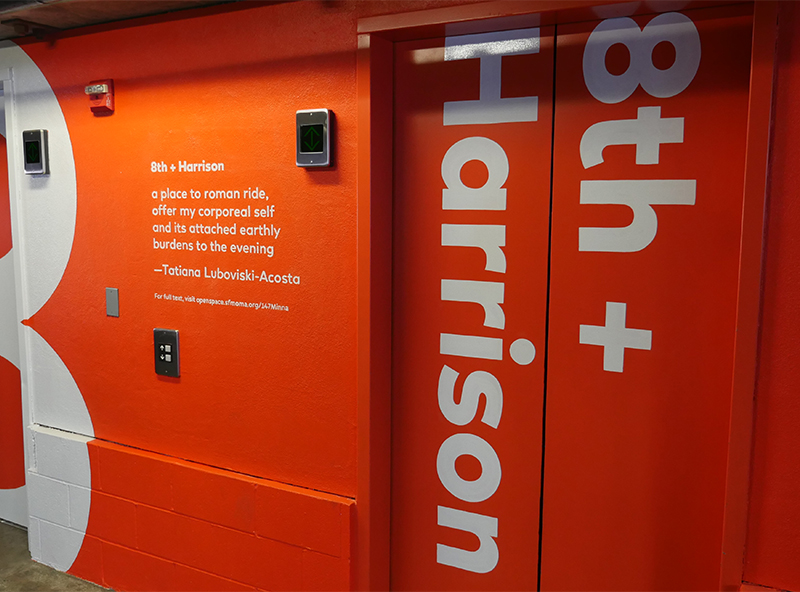 there are seven seasons in this city, along with a chimera of winds, a fan of shifting blues, sunlight being pulled further taut throughout the day, and a rich desperation that descends at twilight. i was once a teenager — spending afternoons bright with july white, uneasy with loneliness, trying to summon yet-to-be embodied lovers. sometimes, later, i would hop onto my bicycle and head east, beyond the borders of the ever-encroaching fog bank, and toward where the sky was still open with its pastel touch, gradient in pressure. the parking lot on 8th and harrison was under an unheard-of expanse of mutable light, its supine hushed width, adorned with long white lines. those lines were a symbol of how this city swelled with the bustle of capital during the day: the lot served as a depot to commuter buses that patiently waited to make their respective ways back to places beyond, to their park and rides, to their cars, to their cul-de-sacs. to me, the parking lot was a place to roman ride and scream, to offer my corporeal self and its attached earthly burdens to the evening. soma and the freeway exit and the darkening space just outside the quadrangle faded away; i don’t even remember the sonic quality of the space. back then, i silently begged for some kind of love: one destabilizing, endless in its devouring. i desired someone with whom i could share the parking lot, the hillside overlooking the sensuous curve of the freeway interchange, the hole in the chain link fence, the urban prairie of native weeds and broken glass; someone to turn into street light and ever-present sight with, increasing in speed against the asphalt, against the adult boundaries of the white lines. i have lovers now and i will have lovers in the future; but that former paradise paved over, only to reveal itself in hovering and dying dusk, i realize now that the lot was the sensual presence i so desired.