Series Out of Print
Out of Print
Series
Organized by David Senior
The Library & Archives at SFMOMA house a dynamic collection of primary documents related to the history of modern and contemporary art. Our collections help trace the interconnected trajectories of the museum with those of artists and art spaces that have shaped the cultural life of the Bay Area and beyond for the last century. Using printed matter from the Library’s collections of artists’ books, exhibition publications, and our rich holdings of ephemera from local artists, galleries, and other non-profit art spaces, here we present episodes within the larger arts communities of the region — as well as moments in which collaborations with these communities yielded singular opportunities for experiencing art. Out of Print is dedicated to the informal, innovative, and evocative spaces that artists and designers have created through staging and circulating their works in print. 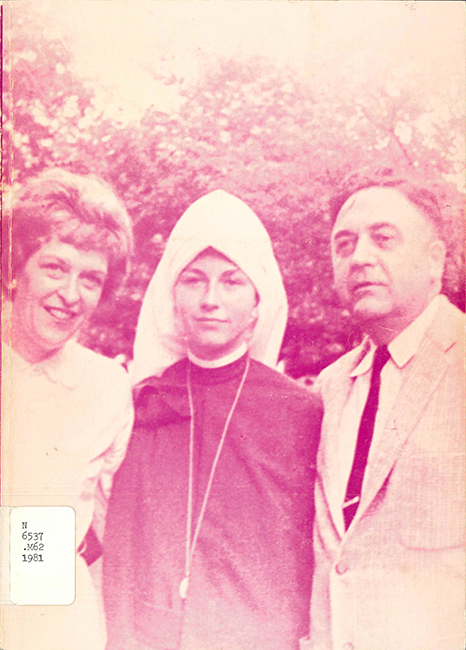 Our copy of Linda Montano’s Art in Everyday Life has an inscription written in marker in a nice cursive script. It reads “Blessed,” followed by the line “Art/Life/Love” and her signature. This trace of the artist’s hand adds another performative layer to this special book. I’m always interested in how performance is printed; how artists’ books and other kinds of print ephemera link with live art histories. These types of books become accessible records of often fleeting gestures, allowing for temporary works to persist over time. They serve as functional vehicles for artists to transmit new works out into the world on their own terms. Art in Everyday Life is a super example of this genre; I’m thankful to the artist for allowing us to reproduce many of the pages here on Open Space.

After moving to San Francisco in the early 1970s, Linda Montano staged performances around the city and among a community of other artists who were starting to carve out a new field of lived art. She did a chicken dance on the Golden Gate Bridge, and, years before tethering herself to Tehching Hsieh for 365 days, spent three days handcuffed to another fellow artist, Tom Marioni. She lived in a gallery with her dog; she dressed as a nun and heard confessions at Embarcadero Plaza; she formed a walking club. Again and again, she turned her personal traumas and life events into instigations for public works.

These performances were scored by constant self-reflection, with Montano situating the actions in the context of her own narrative. This process is laid out most succinctly in Art in Everyday Life, which she produced in 1981. Each spread features a single image from a performance; an accompanying text balances the intention and execution of the work in question from two perspectives, described as Art and Life. In this way, the book catalogs all of Montano’s performances and artist videos up to 1980.

The following images are reproductions of the spreads illustrating performances in the Bay Area during the 1970s. These traces from Montano’s artist book serve as a mini-archive of early works by this highly influential feminist performance artist as she started to find a voice and a method for imbuing her life with her art and her art with her life. 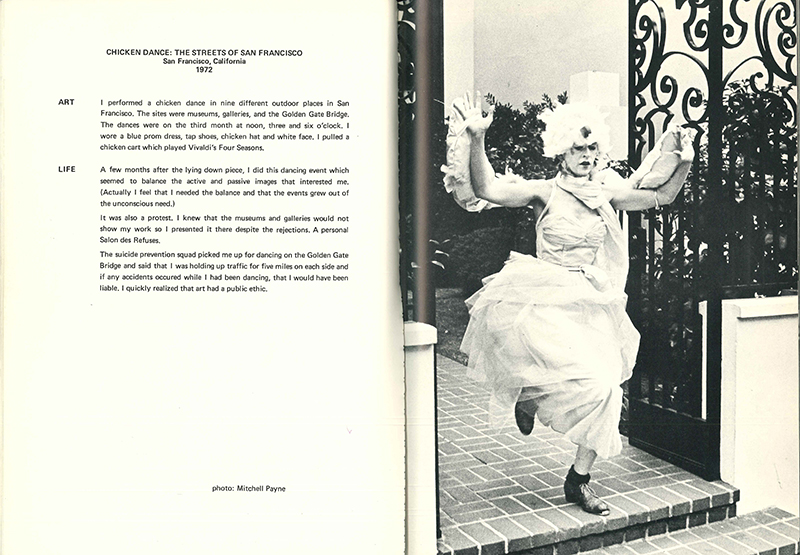 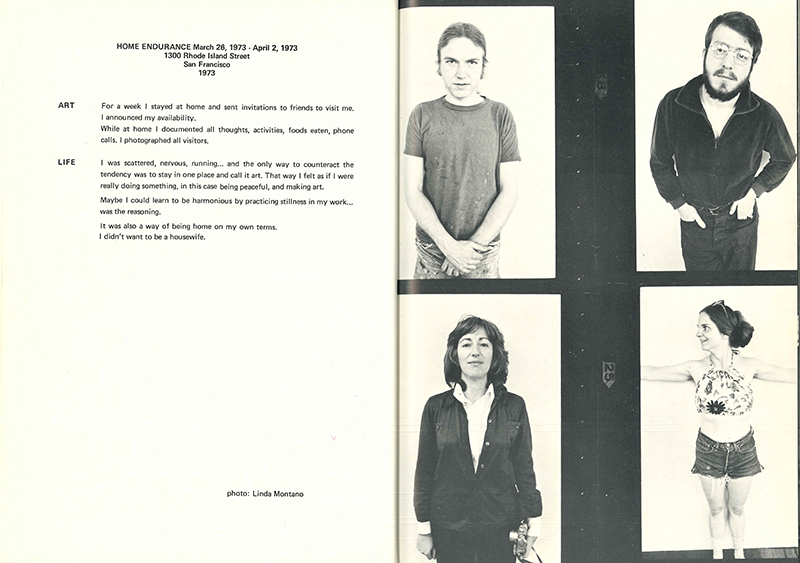 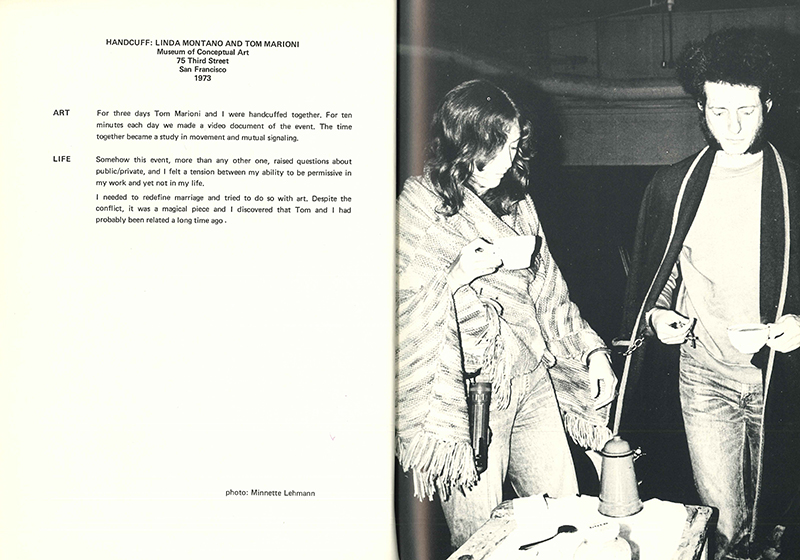 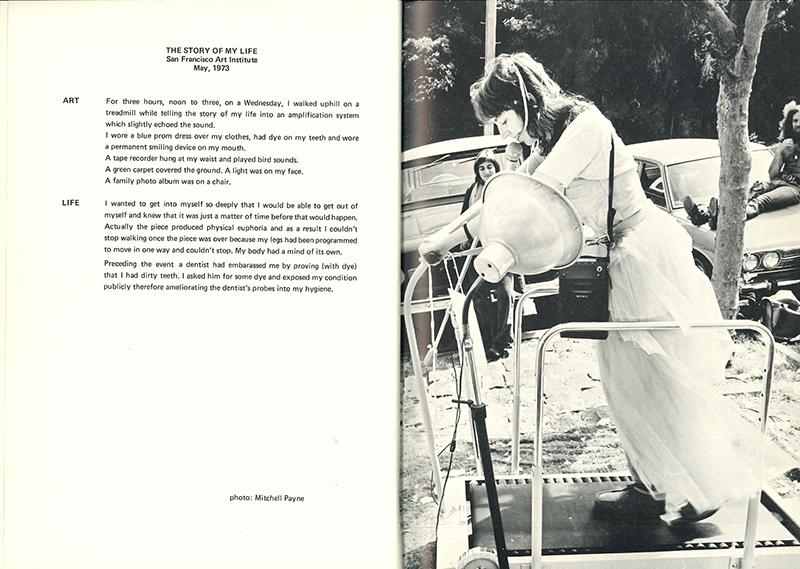 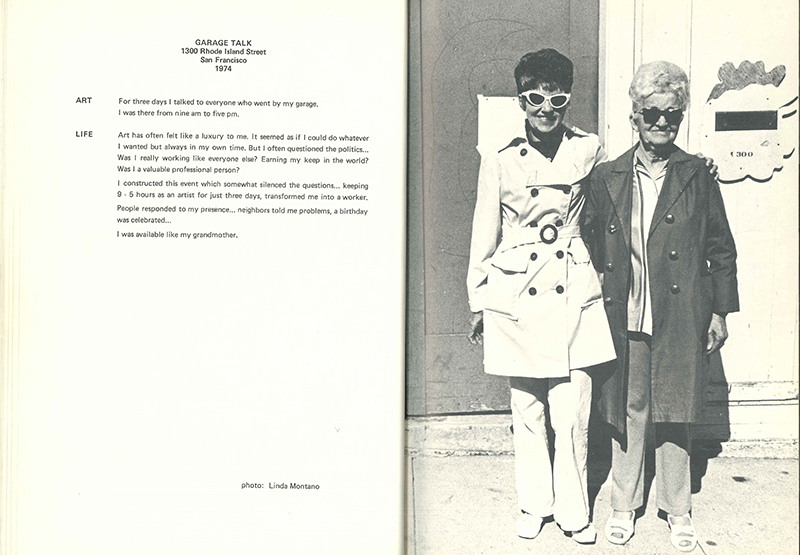 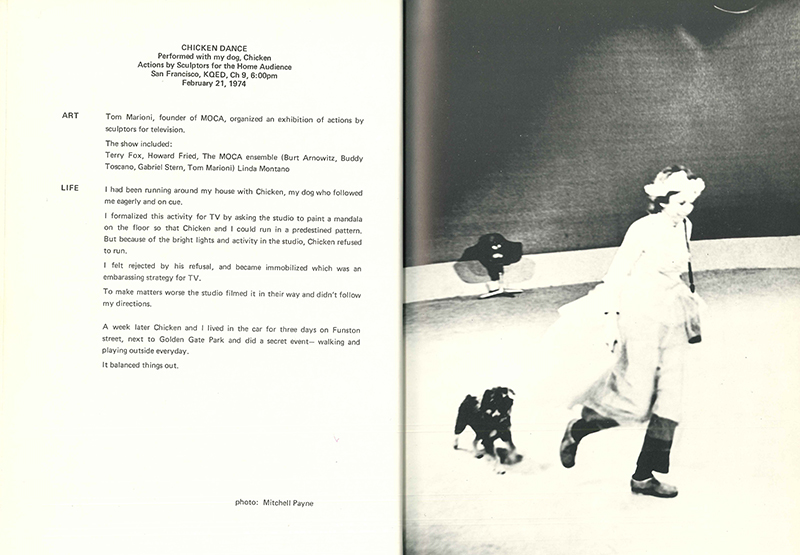 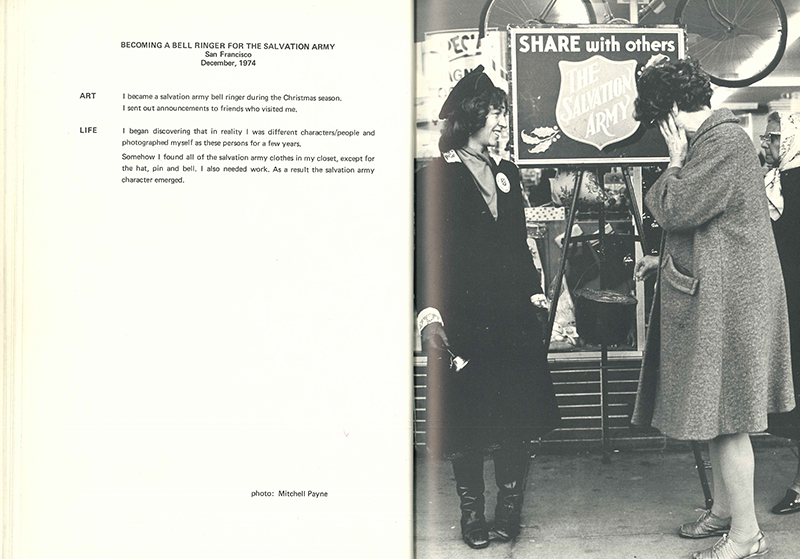 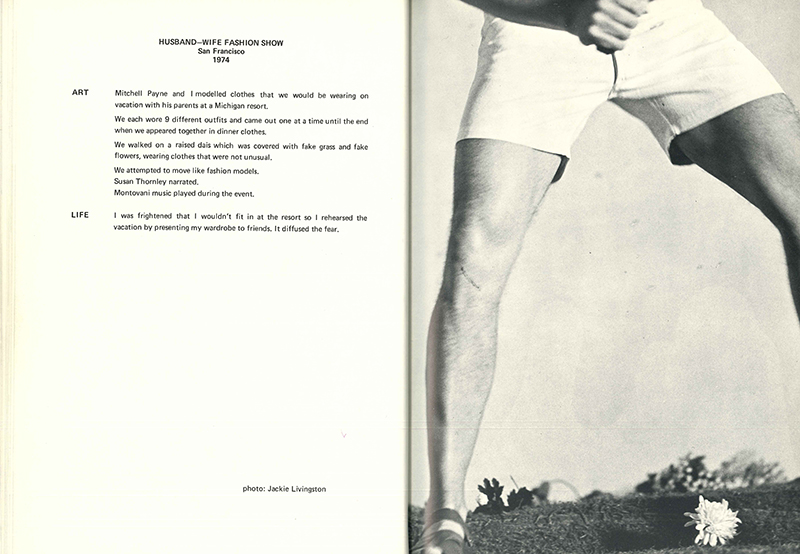 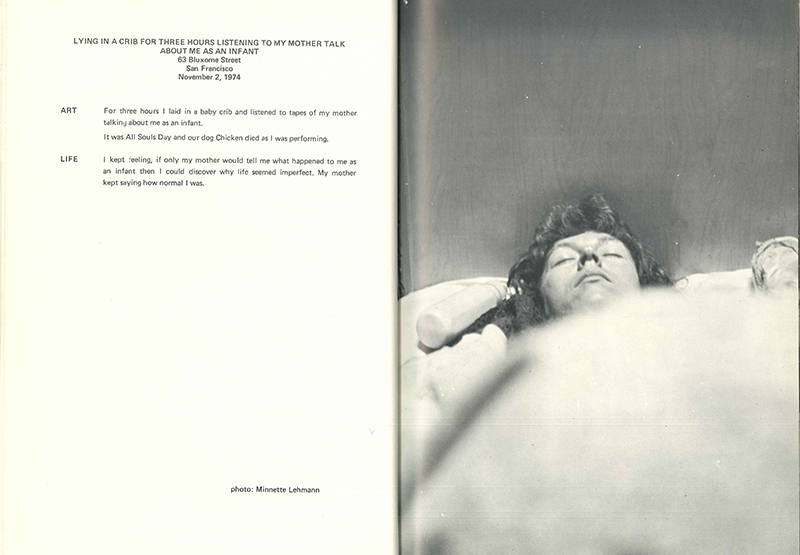 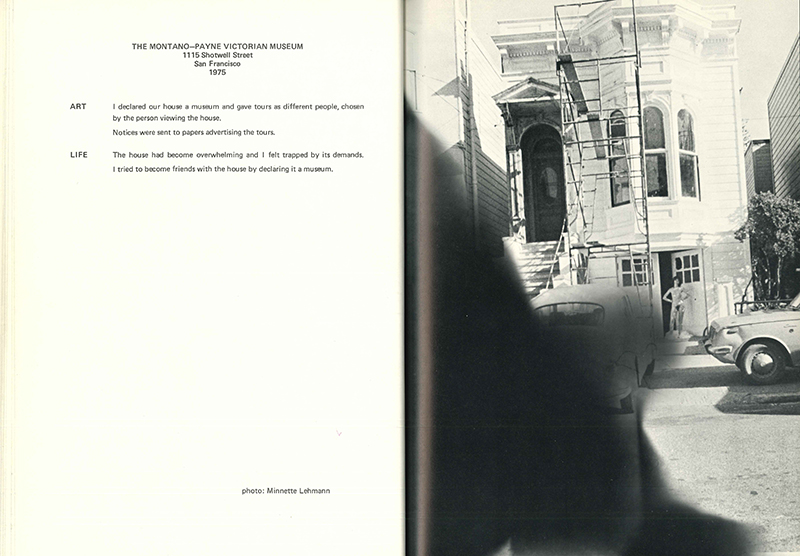 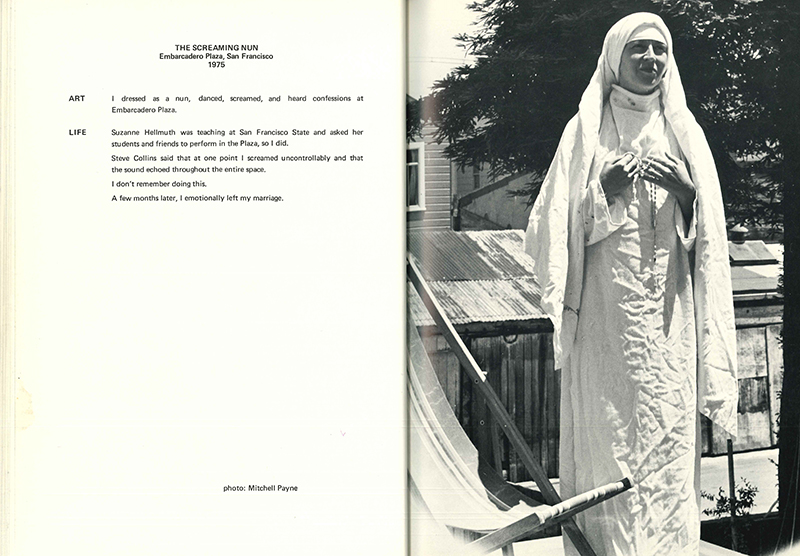 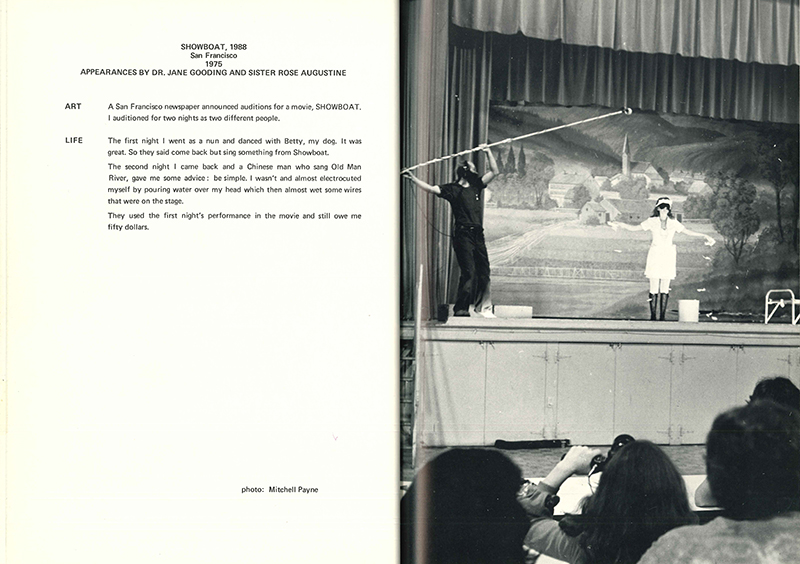 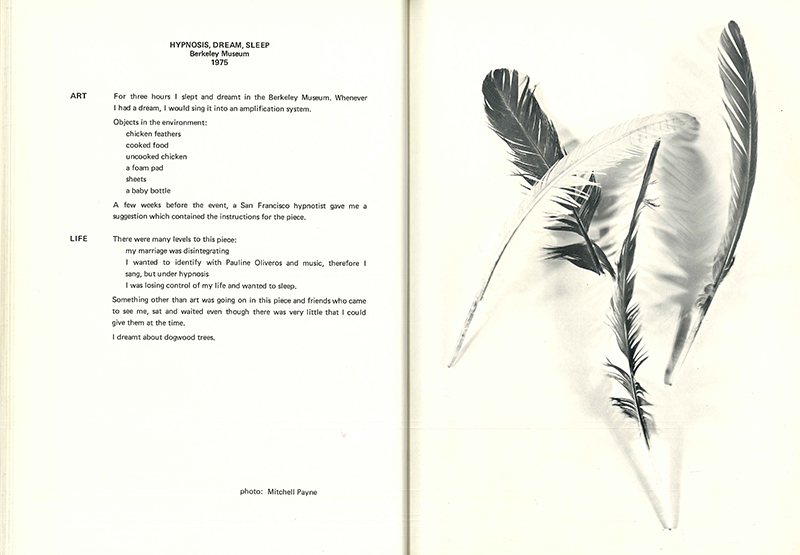 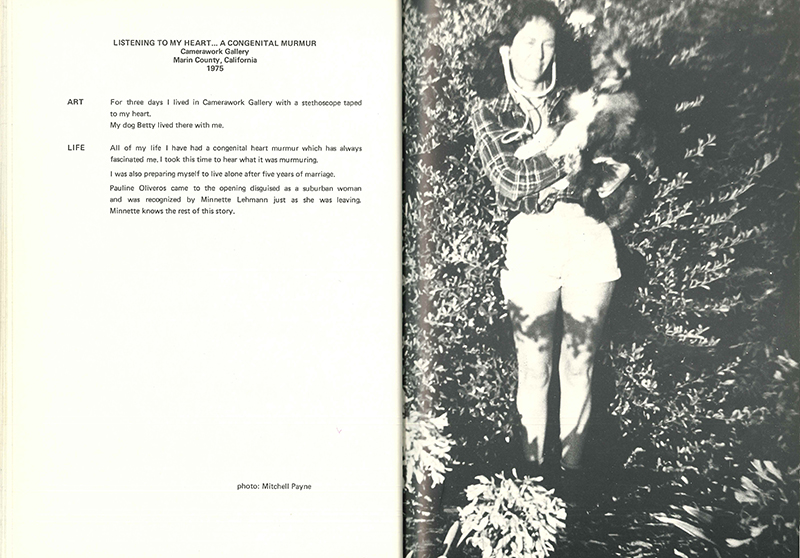 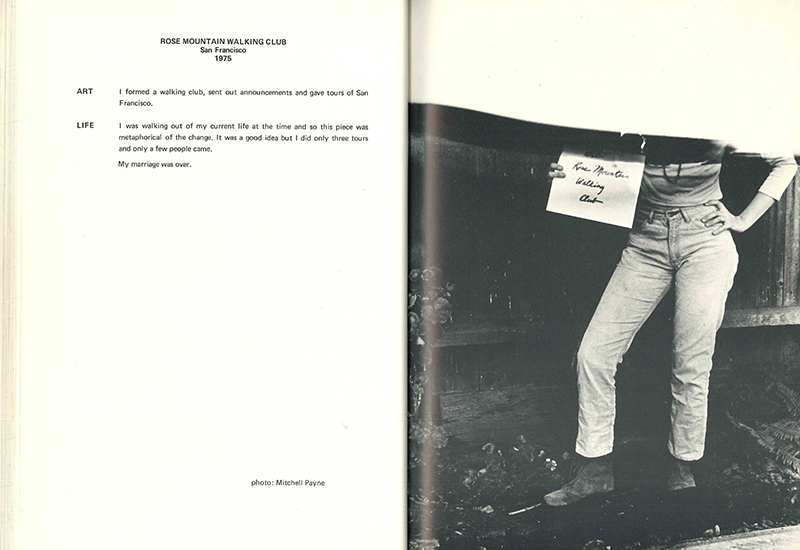 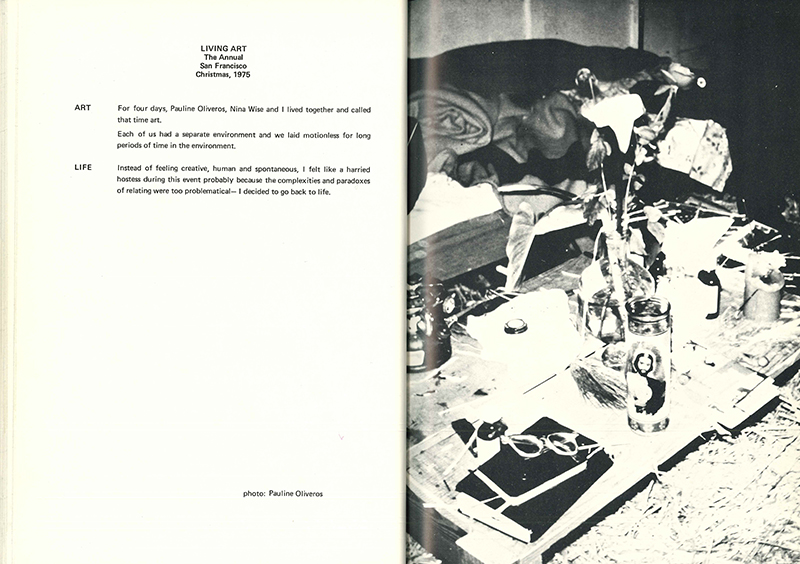 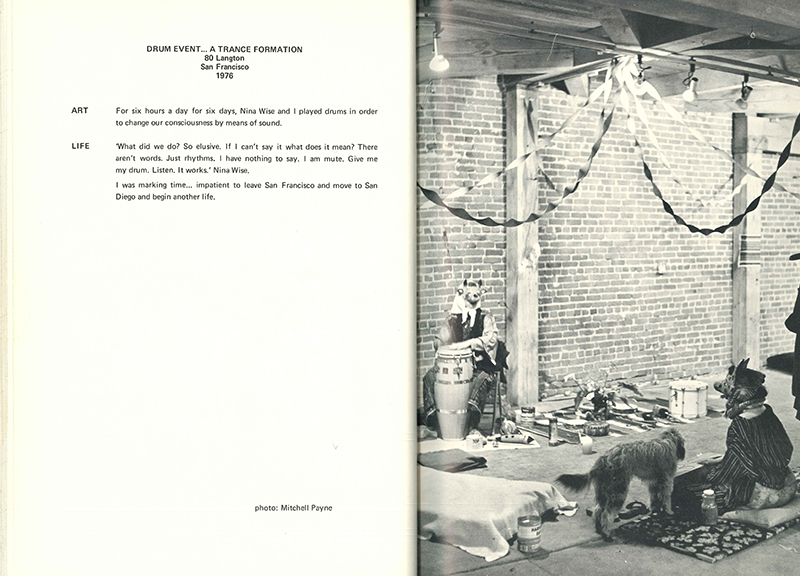 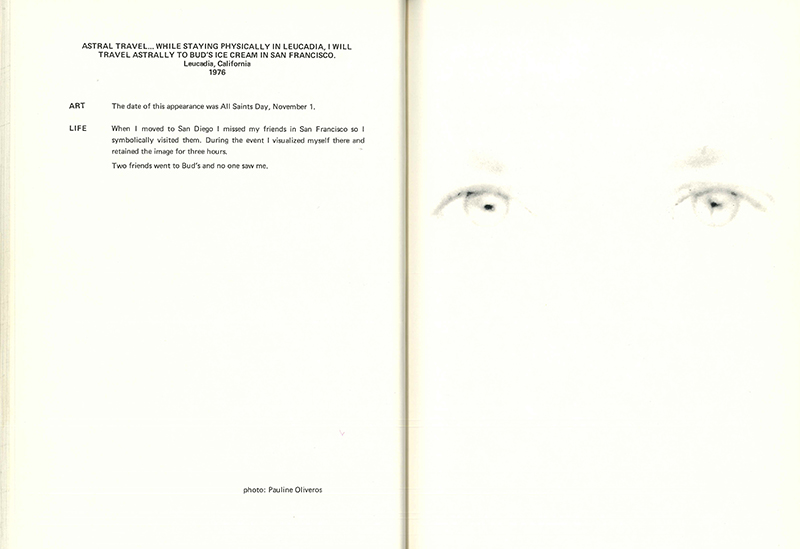 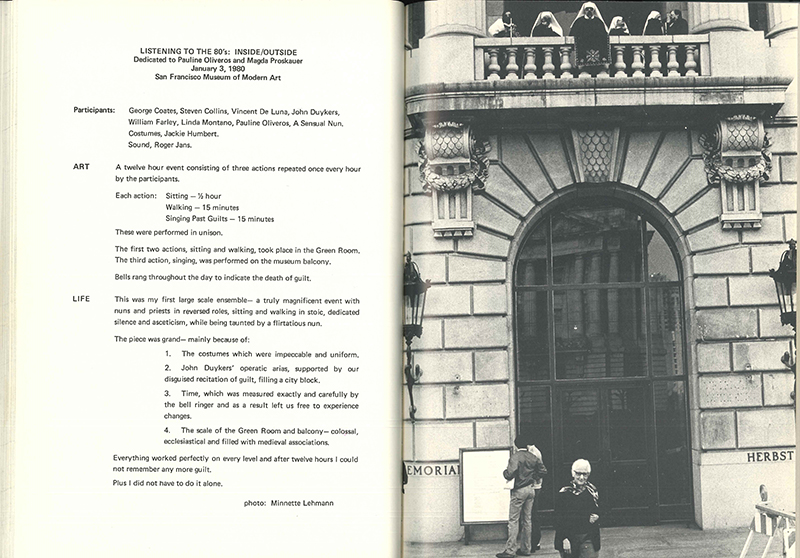 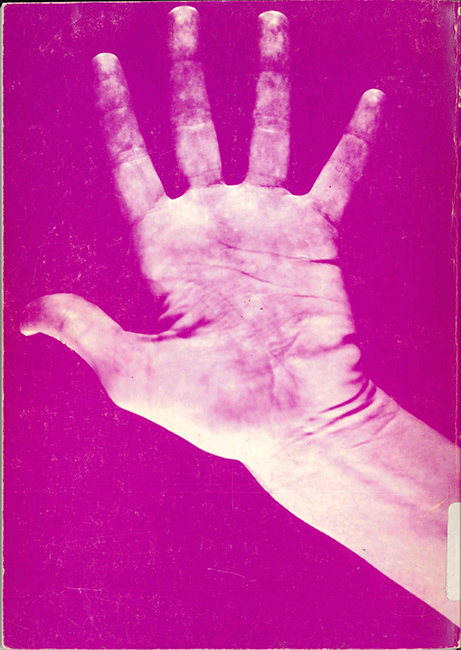 Tags: David Senior, Out of Print