A Proposal for a New Musical 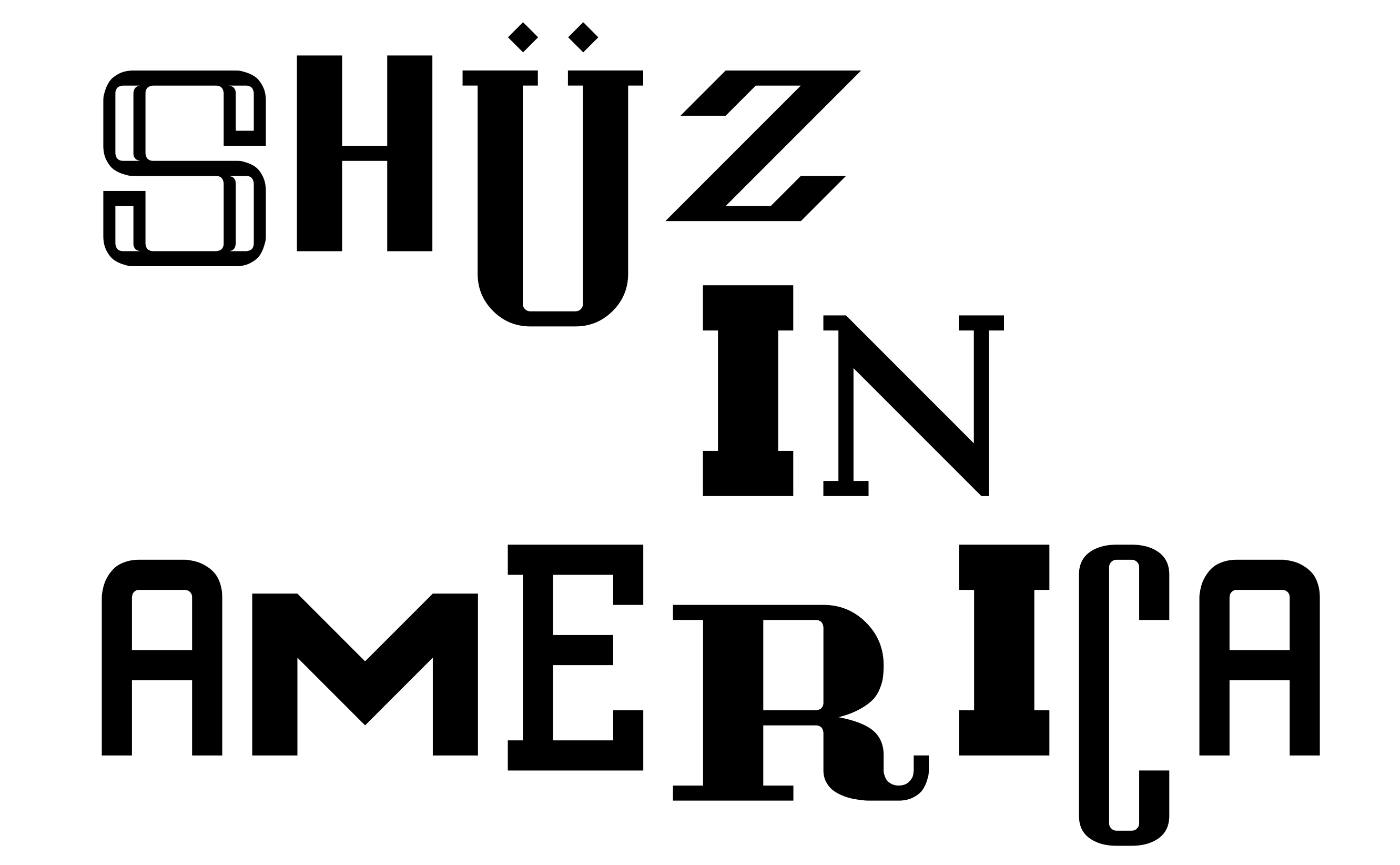 Original concept developed alongside Melissa Sachs and Cameron Soren.
Thanks to Davora Lindner and Toby Feltwell.
Author’s note: No footnotes — why? To quote The O.C.: “Dude, it’s Long Beach, not Chechnya.”

Set in San Francisco’s Hayes Valley (564 Grove Street, nested comfortably between Octavia and Laguna) in 1997, during the dot-com bubble and five years after the Valley’s demolition of the Central Freeway section of the 101.

Shüz in America is a musical that sees a ragtag group of shoes (singled, paired, and familied) taking housing matters into their own hands. Coming from a variety of cultural, economic, and experiential backgrounds, the renters can all agree on one goal — to transform their Grove Street apartment building into a cooperative. But this consensus isn’t without its classic struggles and arguments. After all, it’s the San Francisco of the 1990s, where godbotherers, hateshoppers, and those with fetishes for lumbar support, bankplay, and cars wearing silk all live under the same roof. “You be Bank of America tonight; I’ll charge a really serious overdraft fee.” In other words, it’s trial by fire, as the now-cooperative members seek to balance power, learn to embrace their own hypocrisies, and figure out how to work together to fix 564 Grove Street’s broken elevator — Lycos lackeys and all. Work is other people.

Shüz are born in pairs, as fraternal twins. Sandals are children. Emerging as either Rainbow’s Single Layer Premier Leather with Arch Support sandals or Birkenstock’s Boston clogs (both in natural leather colorways), shüz begin to “break in” as they age. By the time shüz are teenagers they take on the physical characteristics and material attributes of heartier, well-worn shüz like Lugz’s™ 454 FMF white leather tennies or a Miss Sixty’s black leather studded ankle cowboy bootie, even maybe a ’90s-does-’70s sky-high platform sneaker by Swear, size 7/7.5. Through the years, shüz will find their finishes change color and texture; their soles and treads will grow and wear. When they find love, shüz become paired with their pair-tner, regardless of left/right orientation. 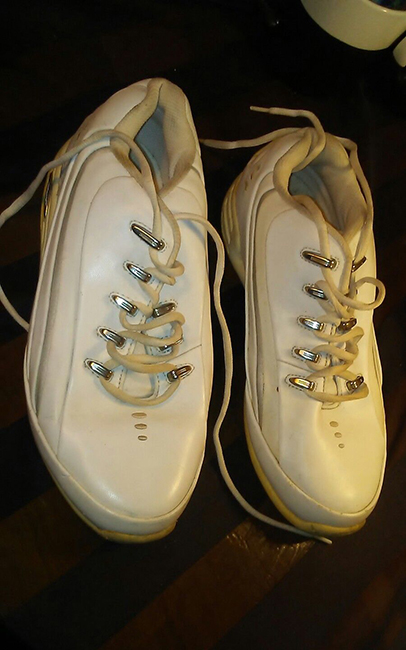 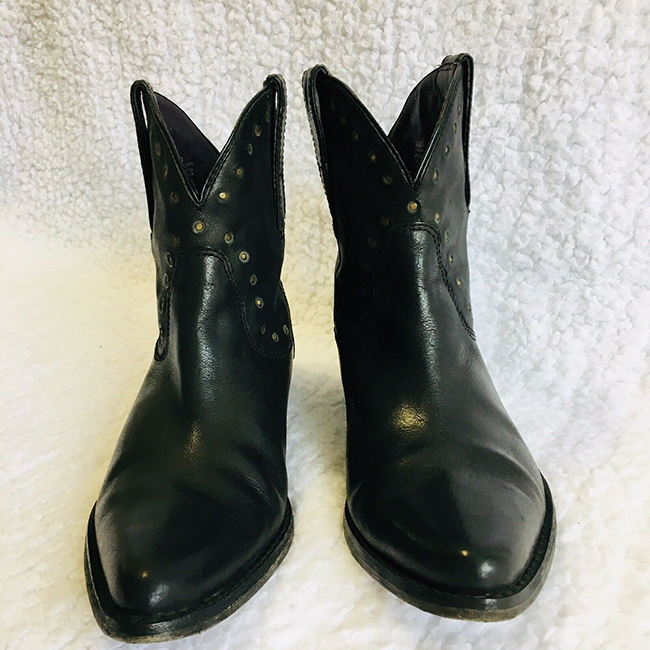 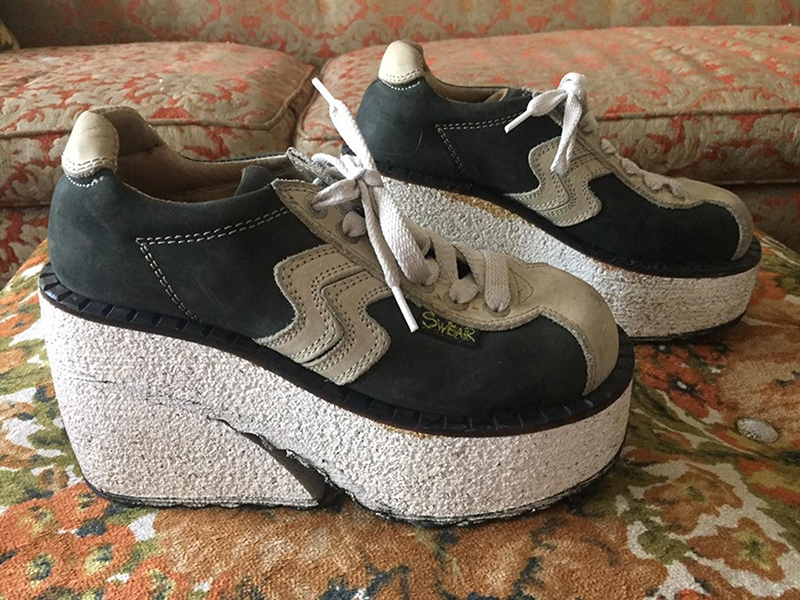 Shüz have not given up any commodity status regarding coveted shapes and forms as defined by the marketplace. In fact, shüz exhibit great agency and freedom in their actions and desires, but ultimately (and savvily) accept their position as salable goods; they maintain this position through interpersonal interactions, identifying and using the pronoun “it” when referring or when speaking to another. There is a desire for the inanimate and animate to be understood and interacted with in the same manner — with respect and equality. However, as the fin de siècle state of political affairs in the Bay Area and abroad point in a direction markedly void of empathy, one can’t help but see the self-identification of the shüz as products, as a symptom of a sea change in the marketplace.

In this epoch, the manufacturing process is normalized and understood as “birth,” or a kind of “citizenship”, while “immigration” is defined by WTO treaties and agreements. The most recent WTO meeting, taking place in Singapore, December of ’96, saw the unveiling of the organization’s new logo, alongside the announcement that the volume of world merchandise trade increased by 4%. Supported by two years of unusually strong growth in world trade, shüz can now relocate more than ever as global economies begin to merge and interconnect in ways previously unimaginable. What this shift signals in San Francisco, and particularly in Hayes Valley, is something actually really boring. If you’re obsessed with surprises — look away.

Built in the 1950s, 564 Grove Street’s facade is two-tone, with the first five feet of the exterior composed of painted gray brick. Everything above that — some thirty feet — is taupe stucco. The building houses eight eight-hundred square foot units. When viewed from the exterior, the windows have a checkerboard placement (with three units stacked vertically on the left and right sides, and two offset mezzanine floors in the middle). Individual apartments retain their original architectural features but are all decorated to their inhabitants’ likings, with various colored and wallpapered surfaces. Not to mention all the personal touches and decorations, like shoe-sized fainting couches, ottomans (not Turkish, but the footy kind), and for the kinky — three-way cedar shoe stretchers. Flooring remains the original 1950s herringbone parquet red oak hardwood, and units have two windows on the street- and alley-facing sides of the apartment. There is also a broken elevator.

The surrounding neighborhood is entirely residential. Parking is near-impossible. 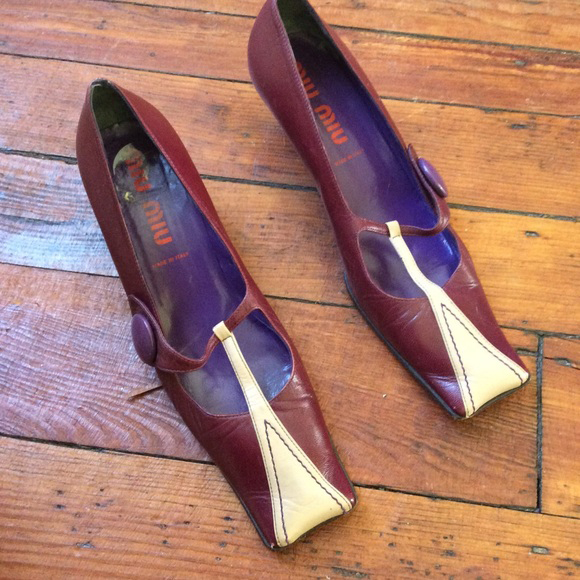 A middle-aged square-toed Miu Miu heel, two inches high, born in Italy EU sized 41. Composed of a plum-colored leather with white triangular leather appliqué (stitched in polyester plum thread, of course) from the toebox to the bracing strap. An almost aquatic feel. A product of privilege and folly, Nylon has inherited the building from its parents but doesn’t have the skillset or dedication to maintain it, instead it pursues its passion for archaeology. Andrea Bocelli and Tracy Chapman fan. Not much of a reader. Every other Saturday, Nylon dons a rubber galoche and heads to the Castro to meet other anonymized rubber galoched shüz at an unnamed, invite-only basement bar which solicits new patrons through a group chat on Usenet. 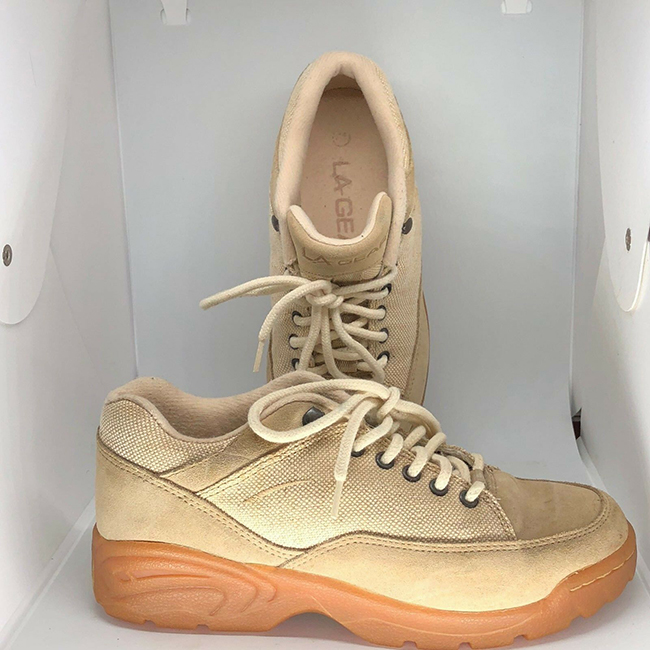 Raised in Brazil but immigrated to Italy alone at the age of sixteen, where it worked at a used furniture store until finding its way onto the sets of Federico Fellini films as an assistant in its early twenties. Now in its thirties, Jnco lives alone at Grove Street, an adjunct teaching cinema and art history at SF State. A mixed-composition mid-height LA Gear sneaker with both a beige canvas and suede upper with gum sole. Sized 7.5, Jnco has brass eyelets and a limp. It wishes to streamline its mobility and join the thriving Bay Area modification community by adding a single metal blade to the bottom of its sole. Jnco’s VCR shows the correct time. 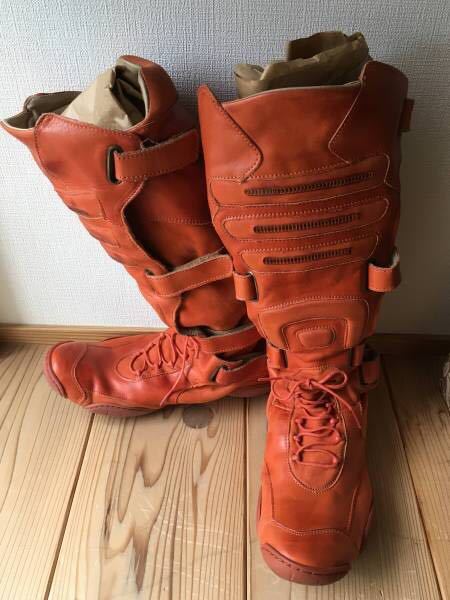 A Marithe + Francois Girbaud knee-high red leather laced and velcro’d moto boot (EU sized 35) and Persian migrant, now manager of a one-off Persian-themed Denny’s (renamed Sebny’s). Moved to Los Angeles following the Islamic Revolution, in which Sebny lost its loved shüz pair-tner, Tinchy Stryder. Depressed and reminded too much of its homeland and lost love by the other Iranian migrants, Sebny and its progeny, Picky, relocate to Hayes Valley to start a new life. When not working at the restaurant, Sebny and Picky unwind by taking joint parent-child capoeira classes. 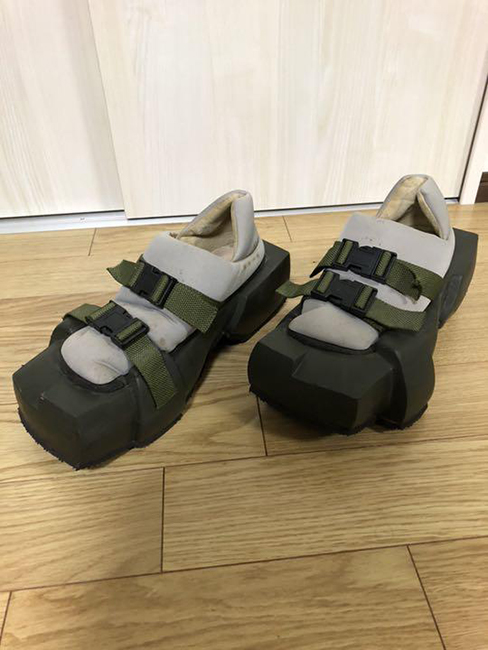 Having moved to America from Iran as an infant, this Beauty:Beast JPN sized 27, black Gundam-like squared, rubber soled clip-secured shoe goes to the International High School of San Francisco. Fluent in French, Farsi, and English, Picky is locally engaged and dedicated to individual civic responsibility. Picky is interested in staying in the Bay Area after high school to help Sebny at the restaurant. Sebny and Picky’s academic mentors all have hopes of Picky continuing education wherever its grades may take it. Picky works hard and plays hard, sneaking out on the weekends to catch its favorite underground San Francisco rave series, Zodiac. There, Picky likes to drop acid and believe it’s an EU sized 39 Manolo Blahnik snakeskin pump. 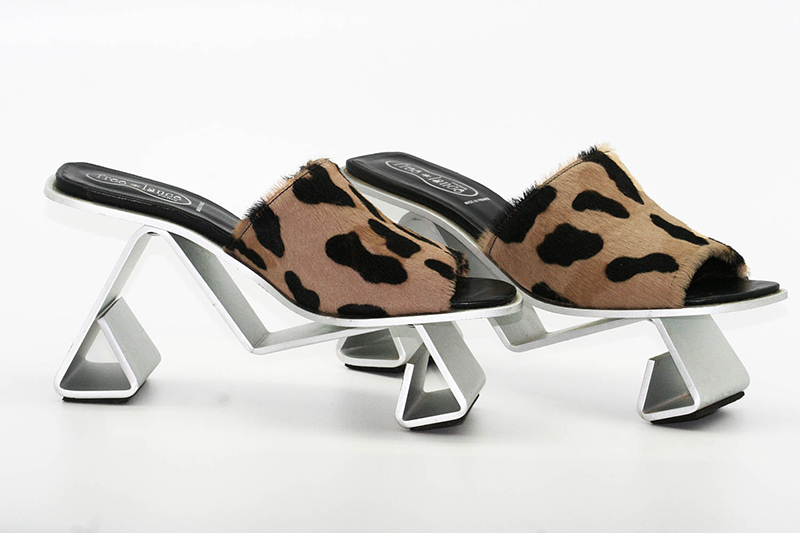 Random is a Free Lance Paris architectural platform slip-on. Its base is a bent composite metal shaped similarly to a piece of Modernist seating, with a leopard-print horsehair upper. A former member of the Stomp troupe, Random is now a recovering drug and alcohol addict pair-tnered with Tracky Cloud and co-parent to Fy. After years of pain and isolation due to addiction problems, meeting Tracky helped set Random on the right path — that, and, having children together. After the miscarriage of one of their children Peef, Random and Tracky feel a great sense of loss and sadness. They don’t like to discuss the details — it was so horrific the newspapers refused to report it — but the child had both excessive glue and degumming shown between zone 1 and zone 2 of its construction (a major defect, to be clear); it also carried abrasion marks from its handling by factory workers, unintended asymmetry in its construction, an incorrect sizing label, and a needle left inside! It was immediately and cruelly discarded in the defect pile and subsequently dismantled for parts. Random has since been interested in studying and performing Reiki on sandals. 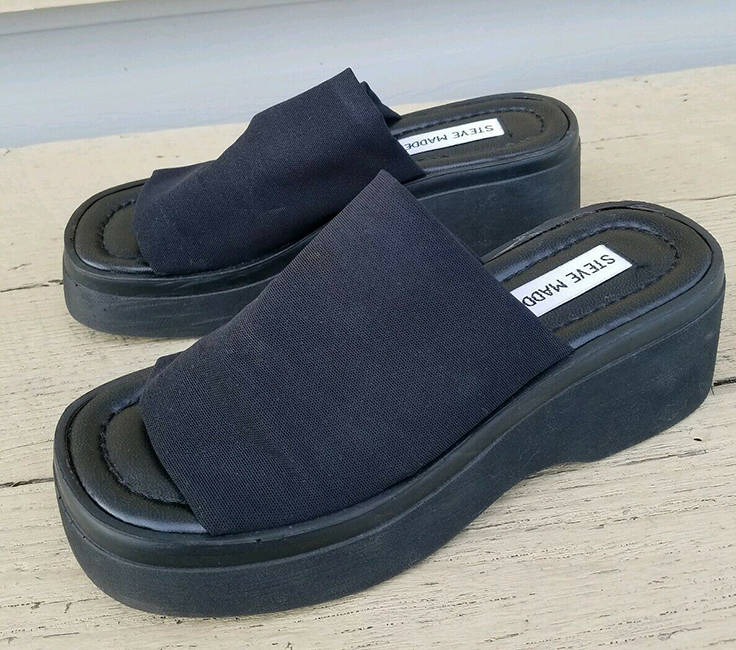 Tracky left its liberal Quaker upbringing in the Midwest to move to San Francisco, where it met Random Hajile on a bus and fell in love. This Steve Madden chunky slip-on platform with black synthetic stretch upper, US sized 6, is compassionate and dedicated to Random and their child, Fy, but also seeks upward mobility to bring the family out of its suffering — though it’s not quite sure how yet. Working during the day and attending night school, Tracky tries to balance the family on its shoulders but greatly needs some freedom and release from life’s pressures. What helps is that Tracky and Random make folk music together, with Tracky also writing children’s stories to entertain Fy. Tracky has recently begun to consider major surgery to get a hiking boot tread and leather cheetah print upper to replace its synthetic stretch material. It would be entirely unrecognizable. 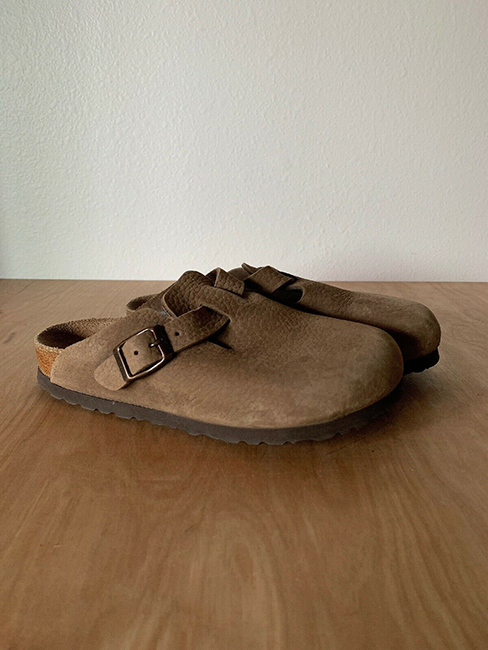 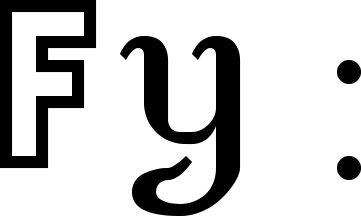 The remaining child from Random Hajile and Tracky Cloud. Still only two years old, Fy is a Birkenstock Boston clog. Not yet able to fully communicate, Fy is aware of, but confused by, its sense of loss regarding its sibling. Sometimes this feeling is assuaged by being Random’s baby Reiki test subject.

All songs will be written by Aimee Mann and performed in a dated acid house style, BPM range 125–150. There will not be sampling of the actors’ vocals, and as a result many of the lyrics will be repeated, true to the genre. A rolling Roland TB-303 bassline will play throughout.