Letter From A Virgin Who Can't Drive 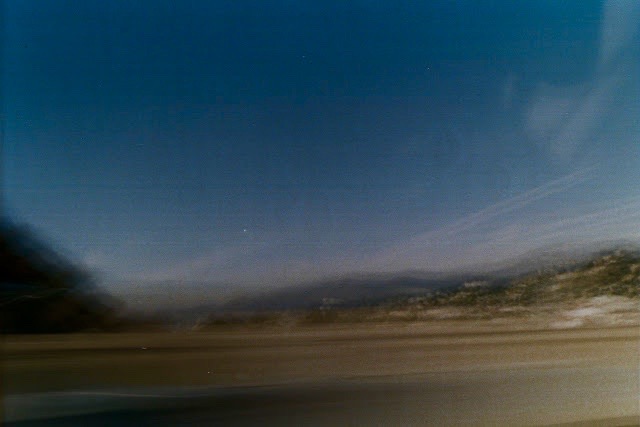 Until I was eighteen, I was told a humorous story about my birth, one that I desperately wish was true: that my mother, in complete denial that she was in labor, drove herself from Huntington Park, stopped at Tommy Burger on Florence for a side of pickled yellow chilis and the Arco on Soto for gas, then continued on to — as we say in my family — la Casa de las Siete Chingadas (the closest translation I can think of is something that my sister Alexandra says: “butt-fucking Egypt”). Which is to say a place very, very, very far away, a place we have no business being. In this case, it meant Cedar-Sinai Hospital, on the border of West Hollywood and Beverly Hills, sixteen miles away; or an hour in moderately good traffic, which is a non-existent phenomenon on a Saturday night in Los Angeles. I imagine my mother took Soto up to the East LA Interchange, swinging directly onto the 10, as I have watched her do so many times. 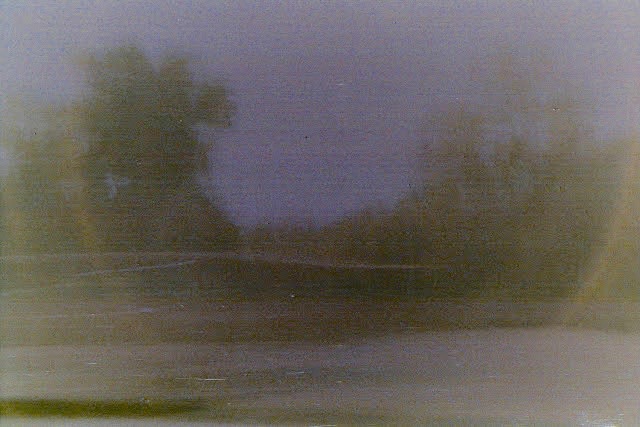 My cousin Stacy and I used to sit in the big picture window, the lace curtains flowing behind us like veils. We would look out onto the driveway, and watch Stacy’s mother, my aunt Soraya, sit in the family car, some kind of old silver Cadillac — a Coupe de Ville? — and back up, her soft arm draped around the red plush headrest of the passenger seat, then pull forward. She would do it for what seemed like hours. It wasn’t until I was in my teens that I realized she was surreptitiously teaching herself to drive. As far as I know, she still does not possess a driver’s license. Neither do I. 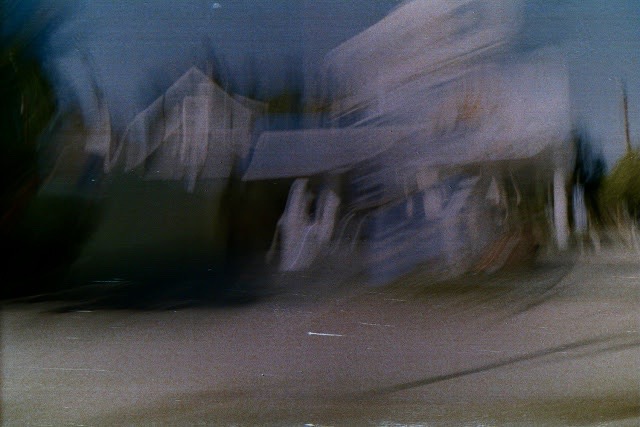 In 2013, some friends of mine embarked on an experiment. I’m not quite sure that they themselves regarded it as an experiment, but it was something that hadn’t really been done before by any of them: a free school for transitional aged youth, with a space for collaboration and classes taught by local artists. By this time, I myself was quite comfortable in my position as a failure. I had been fired from teaching art to elementary school students and dropped by my gallery, and my general prospects seemed comically grim. My friends, feeling generous with this resource, invited me to do a residency. I accepted, and, among other things, planned a dance around learning to drive. I asked people to film me driving as they sat in the passenger seat and gave me directions to a place with some sort of meaning to them. This wasn’t successful, as it required them to trust me; I admit, I am not the kind of person who inspires that sort of thing in others, especially around heavy machinery. I was trying to frame it as choreography, and people didn’t understand turns and merging and weaving through traffic as such. I really don’t think you can call yourself or your work experimental unless you are open to failure. In any case, this experiment failed, and my friends’ experiment failed, and a lot of people involved no longer talk to each other.

It was around this time that I realized that people really do think that I am crazy, and that my not knowing how to drive seemed to contribute to this mystique. Sort of like how Vladimir Nabokov never learned to drive, and his wife Véra acted as his chauffeur and carried a pistol in order to protect him during butterfly hunting trips. I go back and forth on this. Sometimes, I like being mysterious and stranded; but other times, I like to be direct and on my way. I much prefer that people think I am mysterious because they think that I am a Scorpio (I am not) than because I do not know how to drive. I would also like to be my own Véra. 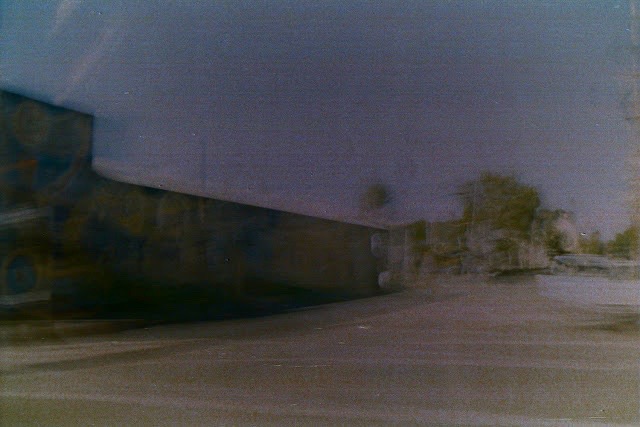 I now witness my inability to drive as the result of a misguided attempt to keep me tethered to my mother, by my mother. I couldn’t go far if I couldn’t drive! Well. I now live about 375 miles away from her (allow me to provide context: this is unusually far away for an unmarried Latinx youngest daughter who is not pursuing a degree or some such nonsense). However, I live four blocks away from my job, and two BART stops away from Konrad. My immediate family (including my sister’s three kids) lives in the citrus capital of the world, which means that my niece’s classmates make fun of her because they saw her “Lesbian aunt on a bicycle out by the orange groves.” She doesn’t appear to be ashamed by that particular aspect of me. Whenever I go visit, I am sometimes allowed to drive my stepfather’s white Toyota Camry, provided that he is sober and in the front seat and his harp is safely at home; but, I am more often than not beholden to the moods of my family if I am in need of a ride. My extended family isn’t much better. I once missed a film screening of Konrad’s because it started “late” (seven) and was “too far” (Echo Park from sort-of close to Ladera Heights) for “you” (me) to be going to see someone who “isn’t your man” (I would never call Konrad “my man”); however, instead of offering to give me a ride, my aunt lectured me for the rest of the evening on propriety. 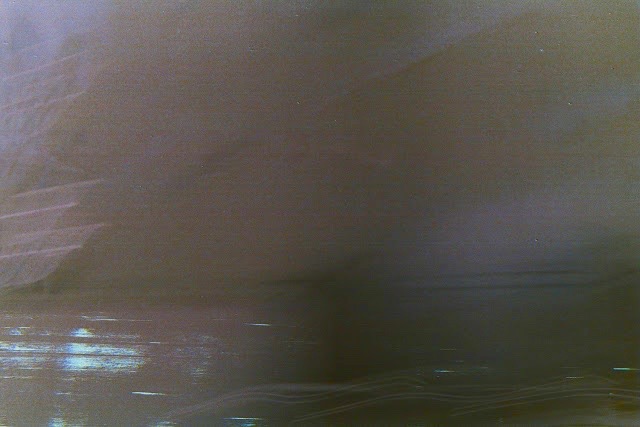 Whenever I go home (and by home, I mean Los Angeles, not the citrus capital of the world an hour and a half north), Steve Barraza and I go driving. By that I mean, I get in Steve Barraza’s car, and he drives. It’s usually night, and our cruises typically end around midnight. On a recent visit, we passed through a DUI checkpoint on Fremont Avenue in the deep San Gabriel Valley, and found ourselves in a luscious expanse of darkness. The sodium glow from closed strip malls and streetlights floated in our periphery, as we passed DIY car washes, liquor stores, still-poppin’ laundromats, the dozens of cemeteries of East LA where some of my Russian Jewish ancestors are buried. I have always loved Latinx Los Angeles at night, because it’s really when the commons are in bloom. We found ourselves at a taco spot near a llantera and a car wash, and I could feel the rich violet of a polluted sky and urban moonlight of fluorescent lights embrace me as I sat with my deepest homie, eating a taco arabe, held in a flour tortilla I had just witnessed being born. 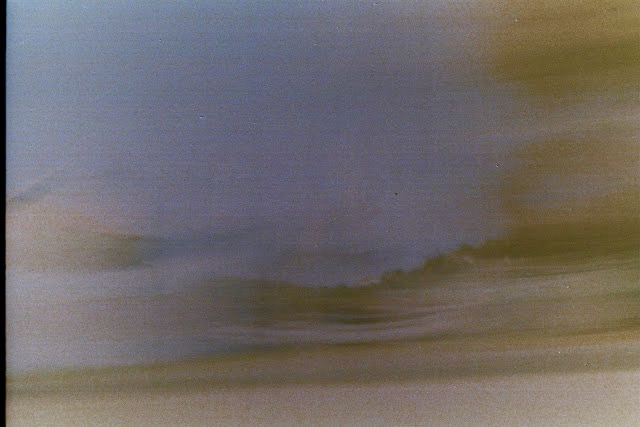 Let’s pretend that I know how to drive. We’re going to pretend a few things. Let’s pretend that I still live in the house that I grew up in; that El Pavo Bakery is still open, still in the same plaza at Tam’s Junior Burger No. 2 on Figueroa and Avenue 56; that my mother’s 1985 blue Volvo station wagon’s alternator didn’t die the night after my father died, and that it still has the color wheel of parking stickers on its back window, indicating the fractured career of adjunct teaching across the Southland. We’re even sitting inside of it, eating machaca and nopal burritos, a styrofoam cup of champurrado between us, bending precariously between sips. The dappled aluminum wrappers from our burritos lie scattered across the nalga-hyde (if you know, you know) seats that would mercilessly sear the backs of our thighs if it was summer. But it’s early morning, maybe Amy Goodman or Sonali Kolhatkar or Power 106 on the radio; and it’s autumn in Los Angeles, and the sky is that shy gold of the inside of a plum, as it stretches itself towards blue. Our breath alights on the glass of the windshield, and you’re surprised by how cold it is here in the mornings. Depending on how well I know you, I take the Marian blue can of Nivea out of the glove compartment, and, taking your hands in mine, rub them with cremita. The rosary and Guadalupe air freshener swing gently as the car warms up. I will take you anywhere you want to go. 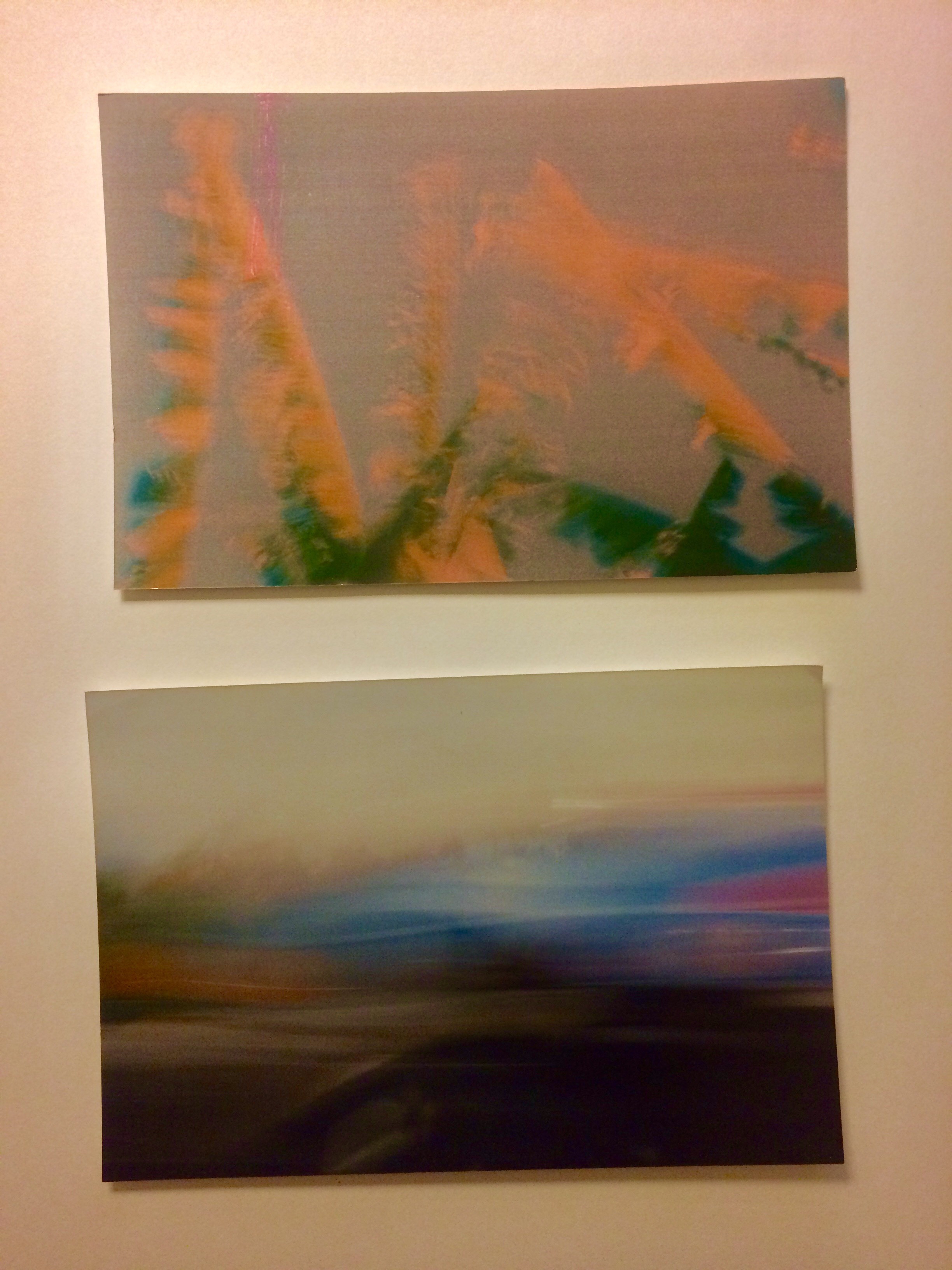