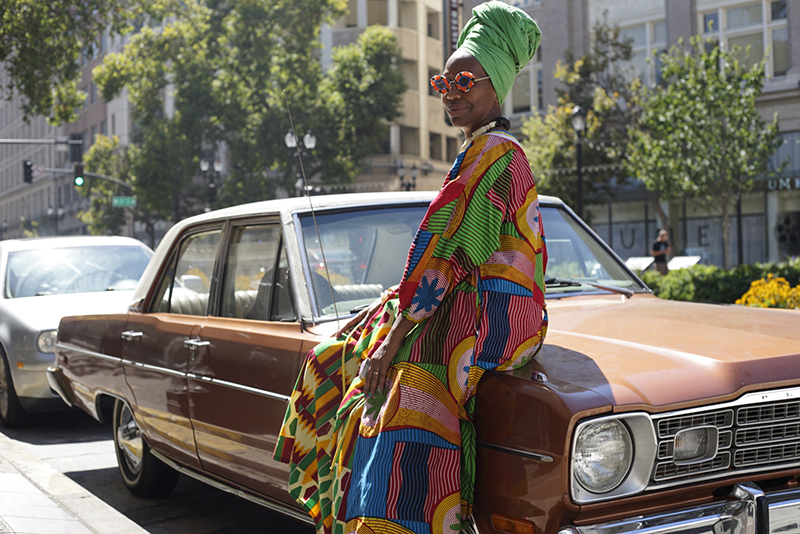 Karen Seneferu posted on her old-school ride, sunglasses on and chilling in style. All photos: Pendarvis Harshaw.

For the next few months, I’ll be doing audio interviews with mothers who are artists, asking them for their definition of love, and how that definition is exemplified in their relationships with their family, as well as how they show that love through their work and in the community. This is the first entry.
—PH

Last Friday afternoon, Karen Seneferu moved gracefully through Oakland’s Betti Ono Gallery as she put the final touches on an art exhibit called The Black Woman is God. The exhibit, which she co-curated with Melorra Green, is mainly housed in San Francisco’s SOMArts (open to the public now through October 2), but has satellite exhibits at community spaces throughout the Bay Area, like this one at Betti Ono. The exhibit features art by over fifty African American women, ranging from digital videos and three-dimensional works to traditional paintings and photography. The content of these pieces touch on reproductive issues, abuse, political imagery, sexuality, and love.

Seneferu, dressed in lively patterns, took a break from moving about the art gallery to sit across a table from me and talk about God, art, and more.

We discussed her upbringing in East Oakland, and how her mother once forbade her from going to Black Panther Party headquarters, attempting to protect young Karen from the conflicts the organization was having with law enforcement officials. Ultimately, Seneferu found her way to the BPP’s free breakfast program. “A little oatmeal and toast goes a long way,” she said. Seneferu also told me about how her affinity for her heritage isn’t just shown through spiritual art and political movements, but through rap lyrics — one of her favorite songs right now is “Black” by Buddy.

Through our conversation I found out that Seneferu works as an artist and educator; she even knows my mother from working in the small world of Bay Area academia.

But Seneferu doesn’t identify herself by her work, instead identifying as a mother, wife, sister, and so much more. As we talked, it became quite evident that she’s also a healer who works in, for, and with the community.

And because of these roles, I thought it’d be wise to ask her what her definition of love is, and how she exemplifies it.

“The best way to define it is to define what it isn’t,” Seneferu told me as traffic buzzed on the city streets just outside the art gallery’s doors. 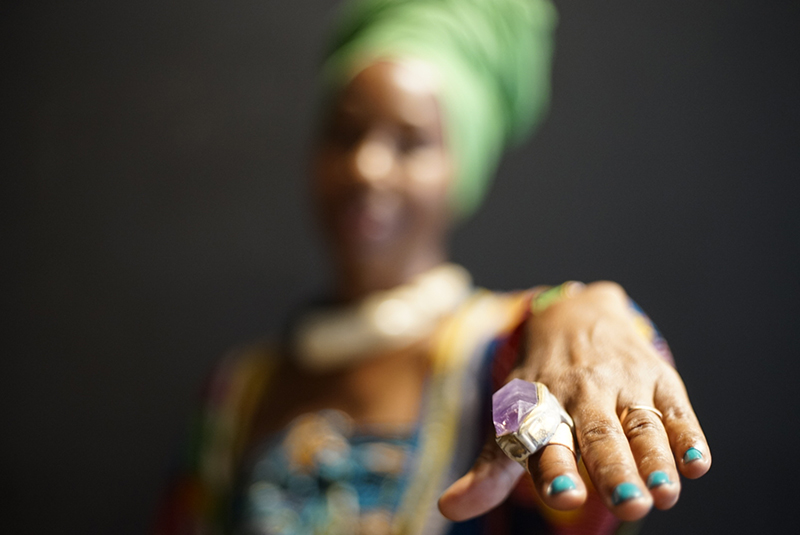 She talked with her hands, bracelets and rings catching my eyes, as she continued. “Love isn’t to allow people to harm you. It isn’t to accept abuse. It isn’t to internalize the pain of others. And it isn’t to be burdened by those who are not capable or not willing to carry their own weight,” she said.

As the art gallery’s bright lights buzzed overhead, Seneferu released a smile and said, “love is recognizing the very best part of who you are, and then developing that in a way that will increase your willingness to serve the community.” 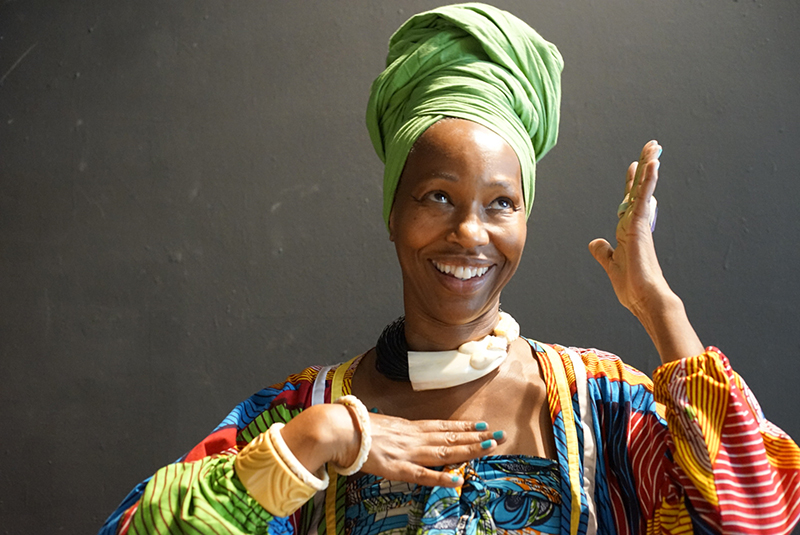 Our dialogue continued for nearly twenty minutes, as we talked about her love for her partner, Malik, and the regal significance of her parents’ names. She opened up about being fearful as a mother in the 1980s, and how it’s very different watching her grandchildren grow up now. And she laughed when asked how she goes about expressing her love for the community: “I can only hope they know that I love them!” She cited her efforts in curating The Black Woman is God as an example of her love in action.

To hear the full conversation, I invite you to listen below.