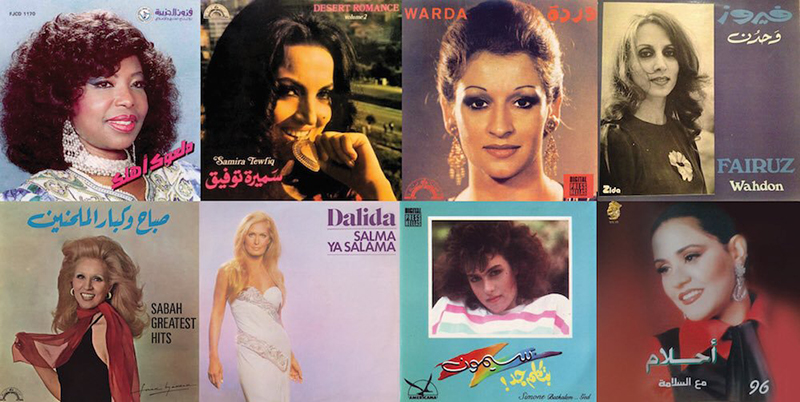 When Arabi 21, a Qatar-backed news platform, unknowingly republished a piece by the satirical website The Pan-Arabia Enquirer, netizens appreciated the gaffe for its ludicrousness. Arabi 21’s report detailed an imminent Saudi Arabian honeymoon planned by Prince Harry and Meghan Markle. The newlyweds would attend a monster truck rally in Jeddah and open a branch of Hooters in Riyadh. This satirical exercise raises more than a chuckle in the age of a revamped Saudi Arabia led by the Crown Prince Mohammed bin Salman (MbS) and his well-oiled PR machinations. MbS has spent the year hobnobbing with everyone from Oprah and Morgan Freeman to Dwayne “The Rock” Johnson in a series of seemingly absurd geopolitical power moves. Under his vision, liftings on cinemas and driving bans have proven that parody is a hair’s breadth away from possibility.

MbS’s garlanded welcome into the Anglosphere’s arena of cultural juggernauts has dumbfounded many. To those familiar with the entanglement of royalty and record labels within the Arab world, this era comes as no surprise. Soft power trades on the creation, pruning, and long-term maintenance of goodwill that can be internationally leveraged to further the political and economic interests of a nation. Saudi Arabia’s pivotal role as both a founding member of the Organization of Petroleum Exporting Countries (OPEC) and member of the Gulf Cooperation Council (GCC) guarantees it a seat at various important, if questionable, tables. This is without even considering its religious centrality, political ambitions, and warmongering (an estimated 130 or more Yemeni children die daily as a result of the Saudi-led military coalition’s blockade). You can always count on airplay to drown out the sound of airstrikes.

I was raised between the Gulf and London, oscillating between the poles of the BBC and MBC. The Middle East Broadcasting Center (MBC) itself was launched in London in 1991 as the Arab world’s first private free-to-air satellite broadcaster. Its multiple cross-genre channels ranged from music-oriented channels to twenty-four-hour news cycle coverage and even a strand focused on Bollywood. MBC’s launch was a testament to the mass media scramble in the aftermath of the Gulf War. Free of Saudi censorship restrictions, MBC flourished abroad. Walid al-Ibrahim, a relative of the late King Fahd, was one of its founders. This guaranteed it an aggressive monopoly rivaled only by the Rotana Group, a pan-Arab entertainment conglomerate established in 1987 by the Nagro brothers and eventually sold to another Saudi prince (Al-Waleed bin Talal). Bin Talal also holds investments in Disney, Time Warner, and News Corporation. He is Twitter’s fourth-largest investor, which may go some way in explaining the Saudi government-sponsored promoted tweets that often end up on my timeline.

Today, Rotana is comprised of radio and television channels, hotel management and film production companies, as well as a titular magazine. Rotana Records remains the most influential and largest Arab record label, with a roster of over 100 signed artists. Icons from Najwa Karam to George Wassouf and Kathem Al-Saher are signed to Rotana, alongside the latest viral pop sensations. It’s unlikely that Fadl Shaker, whose transformation from superstar to fugitive militant in the wake of the Syrian civil war is another headline you couldn’t make up, remains signed to Rotana. Twenty-First Century Fox holds shares in Rotana, and the music giants are even listed on the Saudi stock exchange.

Both the Beirut-based Rotana brand and MBC provided the soundtrack for many of my earliest memories. Razan Al Moghrabi’s music video request shows. Tony Khalifa’s relentless interviewing technique. Lavish Ramadan dramas. An Arabized Top of The Pops featuring everything from Raï to Destiny’s Child. Concert footage beamed directly from various Middle Eastern cities. These, along with copies of Asharq al-Awsat and Aramco World, provided the cultural backdrop to my early flirtations with pop fandom. They accompanied other facts of life in the Gulf: hushed whispers during political discussion, precarity, the insecurity of residency permit status, the self-reliant cocoons of diasporic enclaves, the gap between those who send and those who receive remittances.

Arabsat is beamed directly from Riyadh, a communications satellite operator that allows Saudi influence to reach millions from Iraq to Somalia. Despite the geographical diversity of the aggressively promoted starlets that captivated me, they were all still products of the same web of petrodollars. Ella Shohat’s criticism of the “ahistorical, uncritical celebration of hybridity discourse” comes to mind. As Cairo’s cultural grip diminished, the late ’90s heralded an assembly line of pop starlets bolstered by the new Saudi-controlled musical oligopolies. Regional variations were reduced to a soup of conformity. Archetypes that would shape the future of Arab pop music hardened during this period: The Lebanese Pop Princess. The Crooner. The Novelty Act. The Siren. Difference was to be flattened out in the name of a modern, titillating Pan-Arab pop.

From Rotana to MBC, these conglomerates pushed glossy pop idols often at the expense of linguistic, musical, and stylistic diversity. The cultural production of the region’s ethnic minorities and their languages, as well as the interweaving of turath and the contemporary were downplayed in favor of a stylized uniformity driven by the new technologies of SMS messaging and cyberspace. The diverse cassette tape economy my aunties swore by receded overtime. With it went the subregional specificity of dialects, identities, traditions, class backgrounds, and tastes. The Kuwaiti, Bahraini, and even Saudi Black divas and personalities that once ruled the airwaves in the ’70s and ’80s were relegated to heritage acts. Certain tonalities and dialects were deemed insufficiently glamorous when compared to the slick and sugary popstar model that could be used to sell everything from soft drinks to diamond jewelry. Like most things in this world, worth and potential were calculated along a color line. In very concrete terms, I inherited an entirely different pop landscape to my older cousins thanks to cultural gatekeeping financed by the second largest concentration of oil reserves in the world.

Let’s burn this city and build a more honorable one.

The Anglosphere press around Mashrou’ Leila has always seemed patronizing to me. Journalists announce “The New Middle East” and its representatives with clumsy and banal profiles on artists who “subvert” assumptions. It’s never clear whose assumptions are being subverted. These 101 Intros to Arab Culture are devoid of any rigorous analysis of the uncomfortable nexuses of race/class/gender/religion/national identity that often result in the construction and over-representation of highly educated, well-connected, middle-class “outsiders.” To contend with this would mean taking Arab pop as seriously as its English-language equivalent. At its worst, these narratives lock into what literary critic Magda al-Nowaihi termed the “anti-theoretical bent” that hobbles much analysis of the Arabic-speaking world and its cultural output. Al-Nowaihi speaks of the Near Eastern language department within the United States and its (often Gulf state-funded) ecosystems. Music journalism simply takes its cue from what the academy churns out. Regardless, Mashrou’ Leila’s 2009 self-titled debut album bore witness to the autonomy of a new generation of consumers. Only 543 fans of the bands funded Raasuk, the band’s third album, through the Arab crowdfunding platform Zoomaal. This was, and remains, an inspiring circumnavigation of the traditional pathways to pop success. Such cultural shifts are a welcome break from Saudi-imposed pop hegemony.

For me, 2009 was a blur of Windows Live Messenger chats and calling card conversations with a best friend who had moved to Egypt. Mashrou’ Leila, and the burgeoning alternative scene, was our way of bridging the gaps between our fractured communities. In many ways, we belonged to the scene’s target demographic of international school-educated kids raised on late-night MTV2 programming and high-speed internet connections. The kids who would become clinically depressed teenagers with a penchant for French theory (think of Jordanian band Akher Zapheer’s notions of “Converse Culture”). We seized upon El Hal Romancy‘s invitation to read Engels in bed. In other ways, as Black girls rich in cultural but not financial capital, we could never fully belong to this club. The only saving grace our parents possessed was the color of their Western passports. It was this distance that allowed us to indulge without deluding ourselves. We loved Yasmine Hamdan and JadaL without the intense familiarity we associated with Abdel Rabb Idris, Talal Maddah, Mohamed Mounir, and Etab. We were students of Jean Sénac’s single insistence; to unequivocally affirm our presence in the reality of this land. When all else failed us, we claimed only what our mothers sang while putting away the dishes.

Pop music has long been a site for both diplomacy and deflection. I am of the generation that memorized the steps to Nawal Al Zoghbi music videos. Not even Tamer Hosny proved too saccharine for me. My obsessions may have been engineered but they were real to me. The “illusory universality” which J.M. Bernstein derides as hardly promising happiness but only the “easy amusement as relief from labor” wasn’t quite on my mind yet. I still knew what it meant to exist on the edge of margins. Arab pop (and politics) both take refuge in audacity. Being shaped by both, as a simultaneous outsider and slippery insider, has given me the ability to discern between what I am listening to and what I am hearing. That’s a useful skill, in any language.