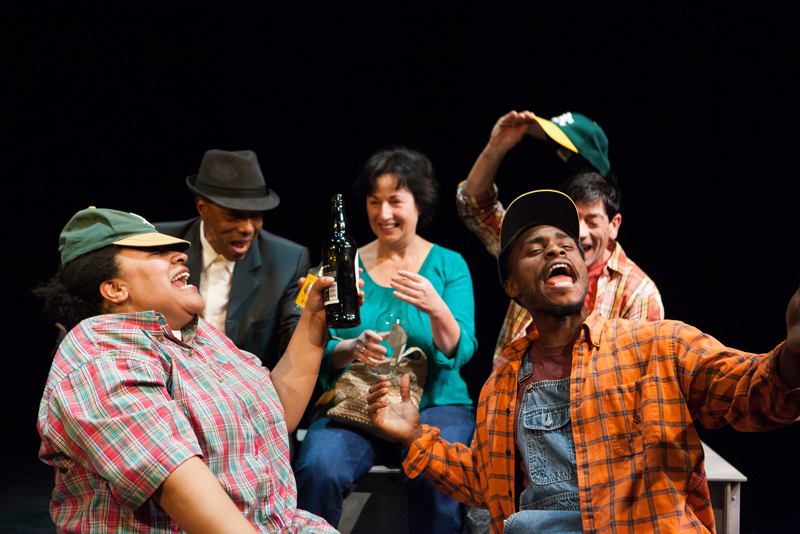 Editors’ Note: We asked the writer and curator James Fleming to attend each of the live moments in the Limited Edition program and create short, visceral responses in conversation with the performances. This is the third, written after seeing Word for Word’s Lucia Berlin: Stories, performed February 14–March 11 at Z Below.

Berlin (history)
Prose hunkers down with the broken members of society. Maternal hands pass cigarettes and 40s. According to a letter she wrote to a friend, her tombstone was supposed to say: breathless.

Berlin-who-is-written (lineages of the self)
Over lifetimes, stories lace into linear motifs. In this case, a manual.

Berlin-who-is-myth (maybe even Baba Yaga of the Bay)
Impressions of her become objets d’art. Suddenly she is everywhere: an archetypal image tolerating our pleas and interventions.

Berlin-who-is-performed (legacies relived in all manner of ways)
Art collapses into itself. Harrowing ambiguity is scraped off, the remains excavated by theatrical literalism. I stole my father’s Jim Beam and guzzled it down in the garage. I was violently lobbed off the mangled jump on the sledding hill. Boys screamed in a confused ecstasy. Their voices reminiscent of a crowd cheering the goring of clowns at the rodeo we occasionally suffered in summer. Crumpled there in snow, tinny-headed and blitzed, I prayed resilience was next to godliness.

Berlin-who-is-the-story (after all, life imitates story)