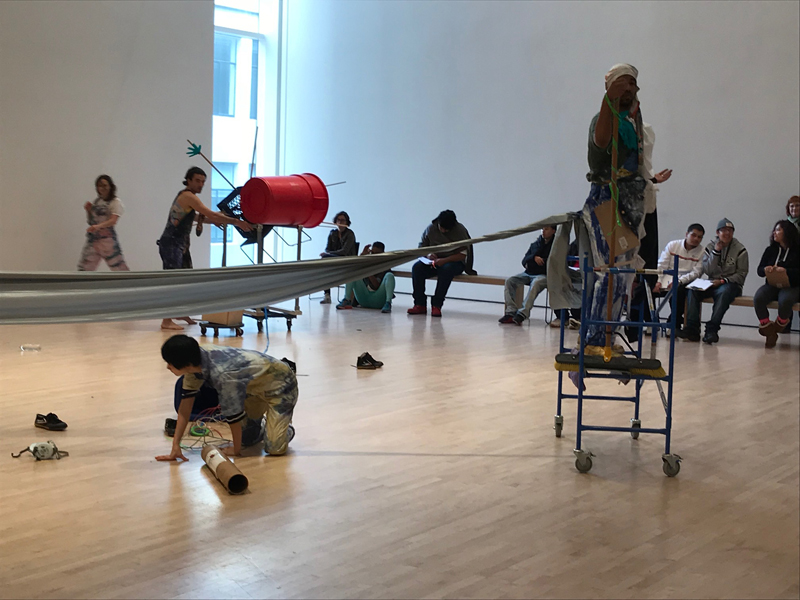 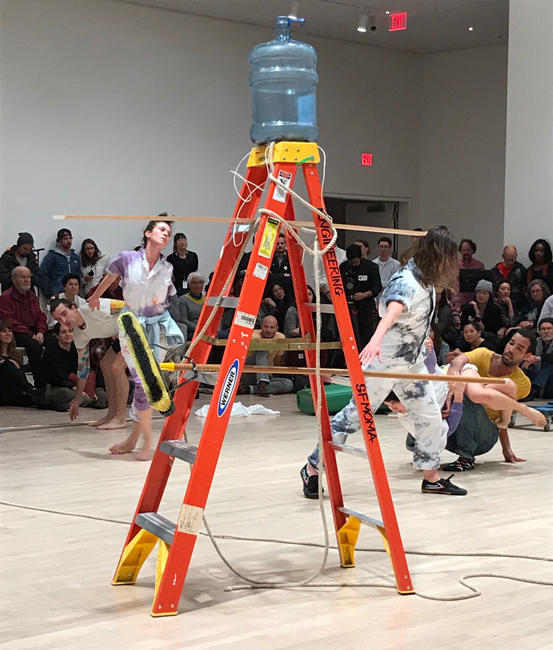 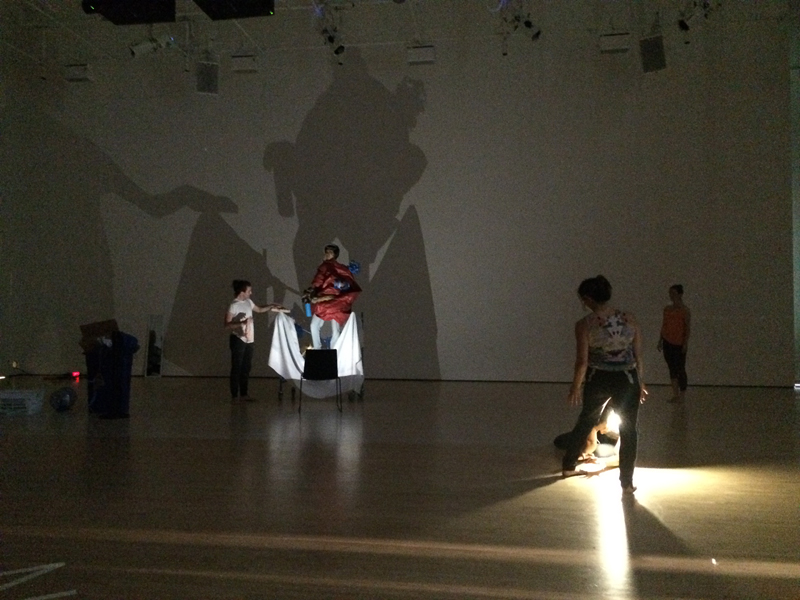 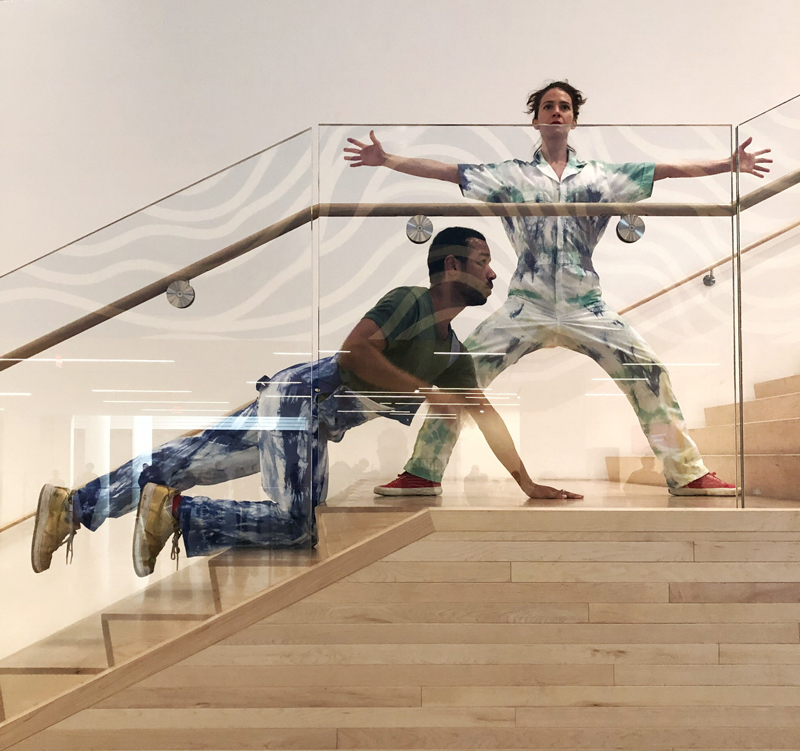 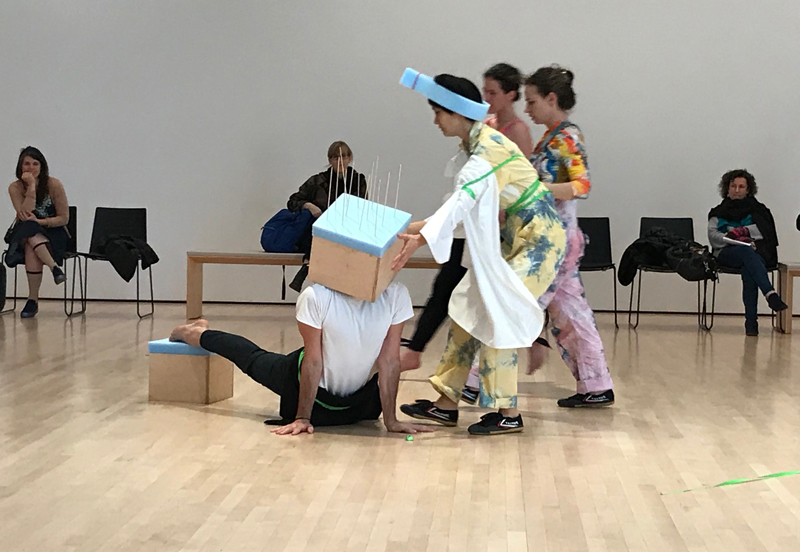 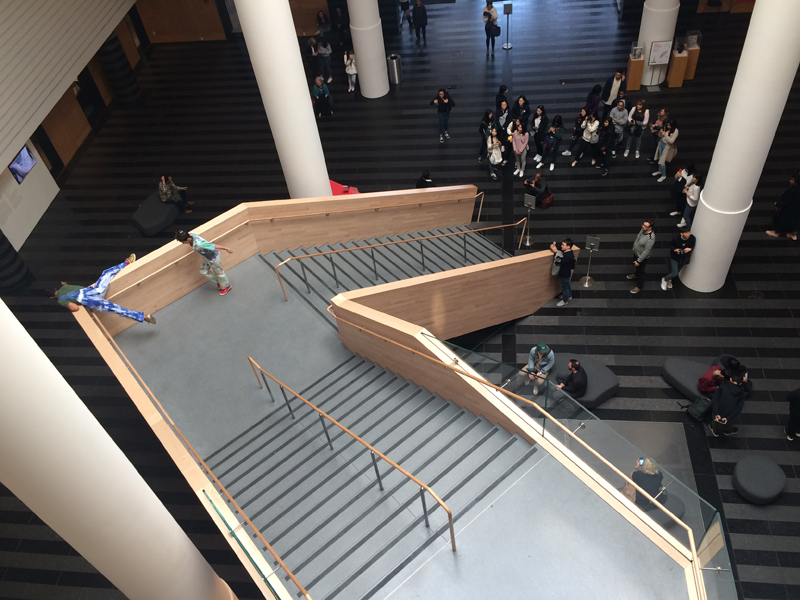 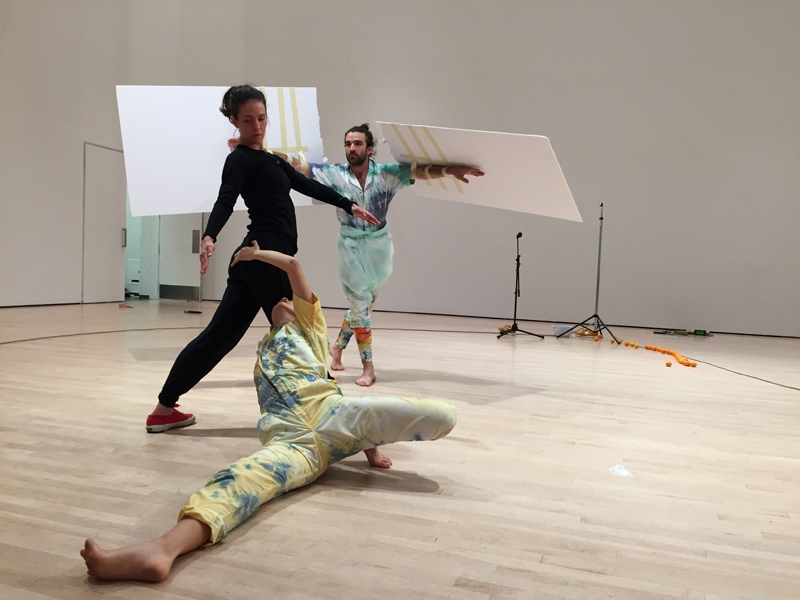 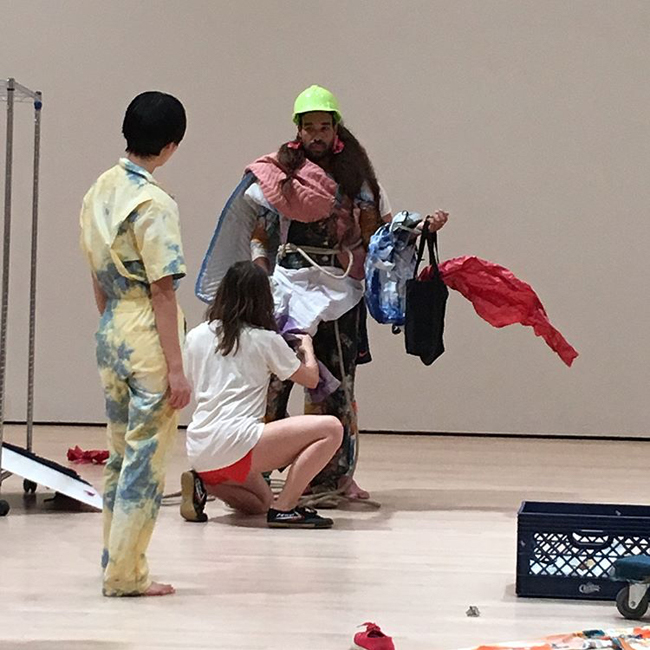 Editors’ Note: We asked the writer and curator James Fleming to attend each of the live moments in the Limited Edition program and create short, visceral responses in conversation with the performances. This is the first, written after seeing Rashaun Mitchell + Silas Riener’s DESIRE LINES: RETROFIT at SFMOMA.

artists place objects into the environment
and begin to move through fancies (choreography, which means
limbs are made of wood or moving through waterfalls of honey) we couldn’t see.

improvisation is this way assembled
through, decades then and seconds there, objects of desire:
hard hats
ropes tape jeans
aesthetic debris
and a sudden ascent into ecstatic pastels, as lichen living in the air
forms fronds and towers.

towers are suspended above our eyes. they jitterbug
with Zephyrus to the tune of stones jollied in a plastic jug.

a forgotten shoe speciating in gold below
there like a recollection after arranged disaster:
the abduction of Persephone
construction sites
a blank stare
go go go the dancers through lineage into a roaring absence.

Doris says just one look, that’s all it took —
objects have desire lines; they have trajectories. objects in motion have longing and when we look at them, they have lack
— until I make you, make you my own.

hurtled objects become vassals in mid-flight
expressing their own lines; we’re not privy to follow
until they herd back into meaning.

now now now they undo the architecture of space
with a dissolving choreography
we spook and don’t know how to flee nor fall prone.

a color system being established becomes an effigy
(in this case a blue block of honeycomb
glad for rending) and pigment spews out
into use only after disfigurement.

here he comes, fawn-formed and ivy-crowned:
objects are slain, palled (sheet over the dead,
or chumming with lovers) onto the floor

was shocked hyacinths didn’t bloom from all this carnage
but whatever I walked with him I thought forever.

Joanna says will you leave me be so that we can stay true —
color was the object, then it was the choreography
each artist diligently constructing a series of movements,
enthralling shades into a grueling advance
from obliterated lines we once knew:
— to the path that you have chosen?