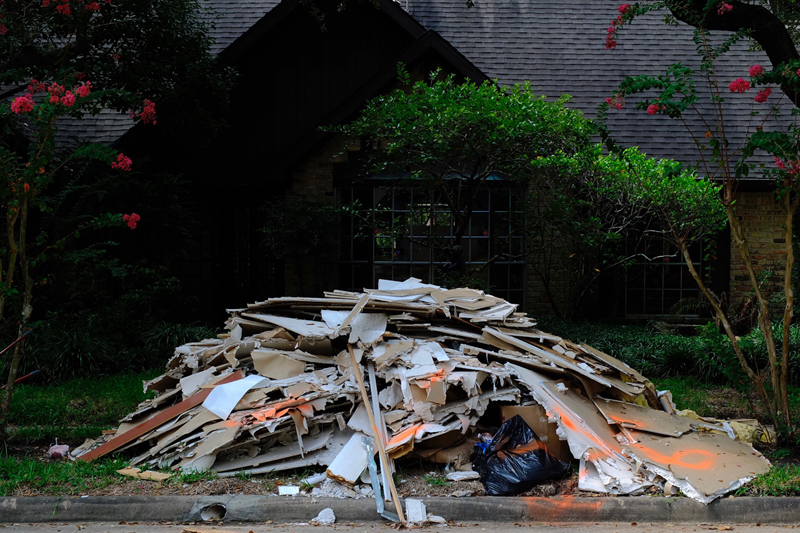 Toward the end of the night, an actor at the front of a small, cramped room asks in his Argentinian-inflected Spanish if anyone has experienced contradictory or paradoxical emotions after the storm. A woman in the middle of the room, her hair wrapped in a delicate bundle above her head, responds immediately in English, sighing yes. She says she was trapped in her dry house during the storm, and throughout the five days of rain she felt God was calling her to stillness, so she turned off her television and just sat, trying to calm herself. The anxiety would rush back though, overwhelming her and tearing her apart as she was rocked by an urgent need to help people she knew were suffering all around her, neighbors trapped in the floodwaters.

I interpret this woman’s contradictory emotions into Spanish through the radio waves of our equipment for the many monolingual Spanish speakers in the room. Actors immediately interpret her feelings into a series of movements and gestures: sitting, tapping on knees, exhaling, swinging their heads. The performance is simple and beautiful. Her feelings are translated into another language and into other people’s bodies, a kinesthetic experience. The actors ask the woman if they captured her experience accurately. She lets out a deep breath and whispers yes. 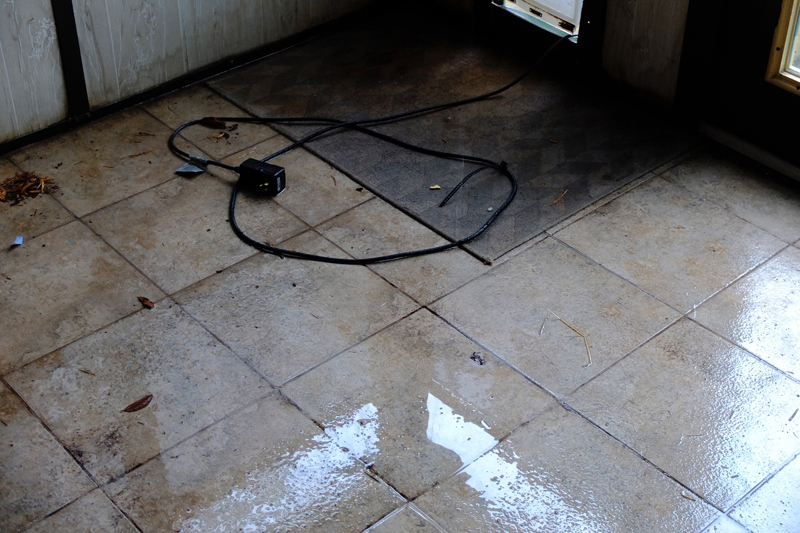 One evening in mid-October, almost two months after Harvey hit Houston, I drove my car out to a small, low-slung building in a part of Northwest Houston where little tract houses and decaying apartment complexes from the 1980s nestle up against old office parks and industrial warehouses. The building is home to a non-profit called Avance that works to support low-income families. I met my friend and fellow interpreter, Silvia Chicas, out front. Inside, there were few windows and long fluorescent-lit hallways with linoleum tile and small rooms; one of these rooms was to become a theater for the night.

Silvia and I hustled to set up our interpreting equipment, as the diverse — though mostly Argentinian — members of Playback Theater rehearsed. This is the work that Silvia and I do through our local interpreting collaborative, Antena Houston: setting up multilingual spaces where they otherwise would not exist. We passed out receivers to the non-bilingual members of the troupe, and Silvia began to speak into the microphone so that they could rehearse with her live interpretations. It was to be an experiment: the first time Playback attempted to do a fully bilingual theater performance, where everyone could speak in the language in which they felt most comfortable at any moment.

As a very Houstonian — almost entirely Black and Latinx — crowd filed into the room, we stood by the door offering interpreting equipment to each and every person.

Playback’s technique is always the same: solicit stories from its audience and enact those stories in brief skits. Many of Playback’s members had themselves lost everything to the rising waters; one of them, my friend Leslie Gauna, had reached out to me a few weeks before to do interpreting that night. It was, she had said in a stressed and hurried voice, a way for her to heal — not as an individual, but, she hoped, in a more collective way.

Collectivity is a challenge in a city like Houston. For outsiders, it can be difficult to grasp just how vast, sprawling, young, and unwieldy the city is: over 620 square miles within the city proper and a metro area larger than the state of New Jersey. So many highways and far-flung neighborhoods; so many barriers, whether of language, race, geography, class. 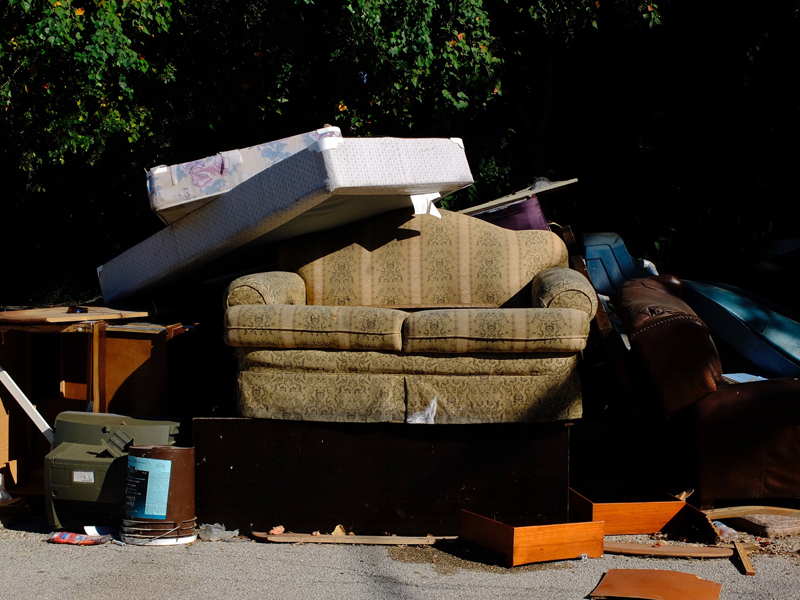 A few days before the performance, a friend had commented offhand to me that what our city had been through in Harvey could scarcely be called a tragedy. He said the real tragedy was in Puerto Rico, not here. His comment reminded me that even in the midst of the wreckage, the effects of Harvey are not always visible. Flood damage has been largely confined to private homes and buildings in certain parts of town — rich and poor and middle-class. Because of this, devastation is largely hidden behind closed doors, and unless you were personally affected, it is possible not to see the daily struggles of people who were.

As soon as the theater piece began, Playback’s conductor, Ramiro, asked audience members for their hurricane stories. Though the intent was to begin small and gradually build, people immediately began to talk about intensely difficult experiences, with hardly any hesitation, in torrents of English and Spanish.

Alfreda 1, an older woman in a wheelchair with a penchant for long, impassioned, heartbreaking monologues, lost everything in the storm just a few months after having been diagnosed with cancer; she was shattered, her voice cracking. But she also angrily railed against people gaming the system and accessing resources she thought they didn’t deserve. Anger and pain oozed into the room, and — for better or worse — the immediate targets for that anger were other people who had lived through the storm.

Phillip, a young man with a wife and six kids, told a story of the water inching into his house during that first night of rain, of how he and his wife made the decision to accept a ride to a shelter in a volunteer-manned rescue boat with their six children. Eventually, they would move their entire family into a FEMA-subsidized motel room and then into his aunt’s house. 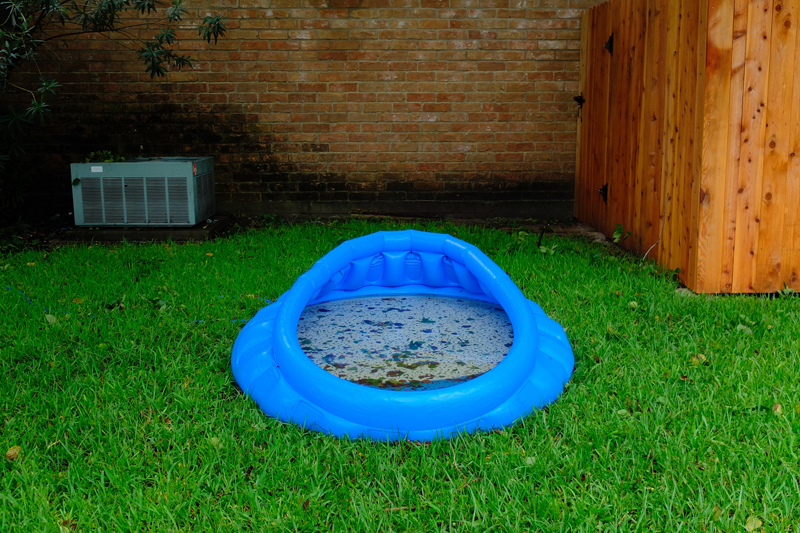 Maricruz, with a baby asleep on her lap, said that during the storm she stayed at home making food and helping her family and neighbors. Her cousin Julio made the decision to take out his fishing boat, navigating flooded neighborhoods to rescue people trapped in houses. He lost his life in those same waters, she said. Her voice breaking, she insisted, “This is what immigrants come to the United States to do, not to take anything from anyone.” After the storm, Julio’s family had been able to repatriate his body to San Luis Potosí. The Playback actor who portrayed Julio in the skit enveloped himself in long scarves, curling up tighter and tighter on the floor.

Mac, an older man from New Orleans who had taken refuge in Houston after Katrina, celebrated the ways that communities support each other in the immediate aftermath of disaster, providing food and shelter to strangers, slowing down to take care of one another. Yet he lamented how only a few weeks later those lessons of unity are forgotten, as the city and its residents return to their old and aggressive ways.

Perla, a woman who hardly spoke at all in the performance, cried softly on her partner’s shoulder. Only a fraction of the stories in that room were narrated or acted out; so many others were swallowed, withheld.

A disaster is an impossible thing to comprehend; its effects linger and invade every unknowable crevice of a place. Once again, that image of a woman sitting alone in her house in the midst of the storm with all media turned off, her contradictory feelings: a desire for stillness while anxiety roils her. How to sit with the unknowing while still torn by the drive to aid? 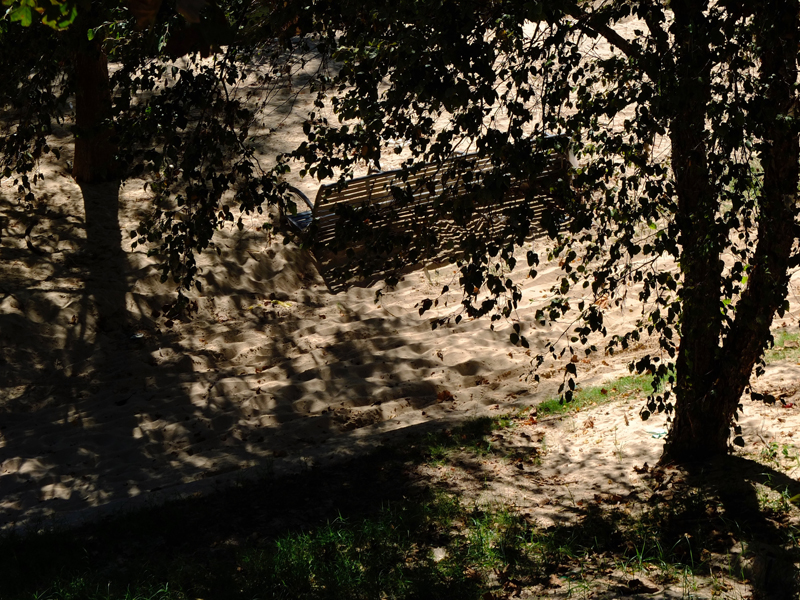 Interpretation — whether telling a story, converting a narrative into theater, or moving from one language to another — is a small thing, an art of transfer, of movement, a crossing from one set of codes to another, from the individual into the collective. Interpretation is an art, a kind of poetry, and it can feel entirely inconsequential after a disaster. Yet interpretation allowed for a temporary, fragile “we” to form in that room that night, an honest “we” that was able to hold us all for a moment.

How do the post-disaster emotions expressed in that room — grief, sadness, anger, pain, loss — continue to haunt the body during recovery? How do those emotions find a release?

When what is happening is unknown and when that release is impossible to find, some turn to poetry and art and theater. All of these forms gently assert that nothing is over yet. The telling has only just begun.