A Recollection of Eva Hesse’s Untitled or Not Yet 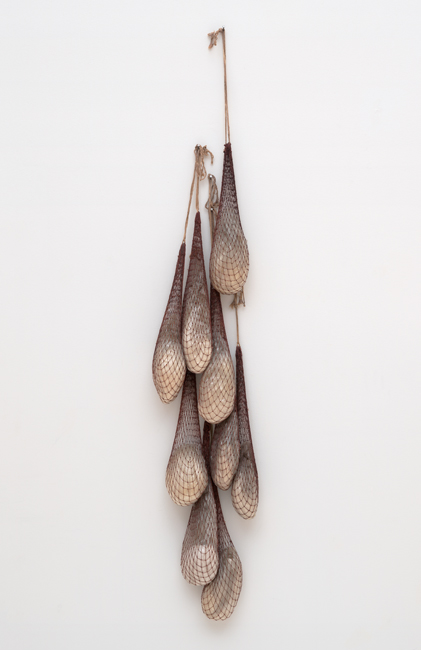 I nearly fell off my seat on the #6 Parnassus when I read in the November 14, 1997 San Francisco Chronicle that the San Francisco Museum of Modern Art had purchased this piece for $2.2 million. A work I knew well, it dangled from a nail on Eva’s kitchen wall just above head height.

When I joined Fischbach Gallery in 1968 as a gallerist, Eva was in the preparatory stages for Chain Polymers, the only one-person exhibition of her sculpture during her brief lifetime. We became fast friends, as well as colleagues. I installed this show, along with Augment and Aught, two pieces included in the group show 9 at Leo Castelli.

Eva’s loft at 134 Bowery was reached by climbing a rickety staircase to the second floor where she resided; you had to ascend another flight to reach her main studio. Both were long and narrow, with light coming from windows on the southern, Bowery side. This was an astonishingly productive period for Eva and both levels were filled with virtually all of her old work (she had sold little), plus new pieces in progress. While the upper floor is well documented in photographs and in Marcie Begleiter’s excellent 2016 documentary, few photos exist of her living space.

Laocoön dominated the rear of the second floor. Eva’s circle drawings, Sculp-Metal, and magnet works hung on a long wall to your left. SFMOMA’s piece shared its kitchen wall with graph paper drawings and an untitled construction 1 from her 1964 stay in Germany. I also recall sketches by Robert Mangold, a “typewriter” drawing on black paper by Carl Andre, and a sheet of Alfred Jensen’s scribbled calculations. In the front living area, a coffee table by Sol LeWitt was topped with intriguing latex and fiberglass studio pieces; Eva had gathered several of these in a glass display case. 2

Upstairs housed many of her black wrapped “sausage” pieces and hanging circular forms; Addendum graced the long wall. Hang Up, the first of her pieces she deemed to be successfully “dumb,” or absurd, loomed in the back. 3 Experimental works were everywhere, as were computer chips, odd pieces of hardware, and weird treasures discovered on Canal Street. Hooks were installed in the ceiling for hanging pieces. The unventilated loft reeked of solvent after she started using polyester resin. (Although friends were concerned that the toxic fumes were the cause of Eva’s growing health issues, her doctors determined that the brain tumor had started growing well before her use of this material.)

When Eva became interested in fiberglass, she was steered to Staten Island’s Industrial Plastics by Steve Gianakos, another gallery artist, who had used the firm. I often rode the ferry with Eva to check on the work for her show. Sans II, 4 Repetition 19 III, Accretion, and the plastic versions of Accession were all underway, supervised by Doug Johns, who soon left the company and assisted Eva for the remainder of her life. Without his expertise, the masterful Expanded Expansion, 5 Right After, and her final rope and latex pieces would not have existed.

Eva was fortunate in the group of people surrounding her. Lucy Lippard, an early supporter, included her in Fischbach’s 1966 exhibition, Eccentric Abstraction, and introduced her to Donald Droll, the gallery director, who continued to handle her estate. Sol LeWitt and Bob and Sylvia Mangold, fellow students at Yale, lived around the corner on Hester Street. A new friend, Gioia Timpanelli, joined their ranks after Eva’s first surgery: the luminous final works on paper were created on her Woodstock porch. More importantly, Gioia saved Eva’s 1960s drawings and diaries when the loft was cleared out after her death in 1970. 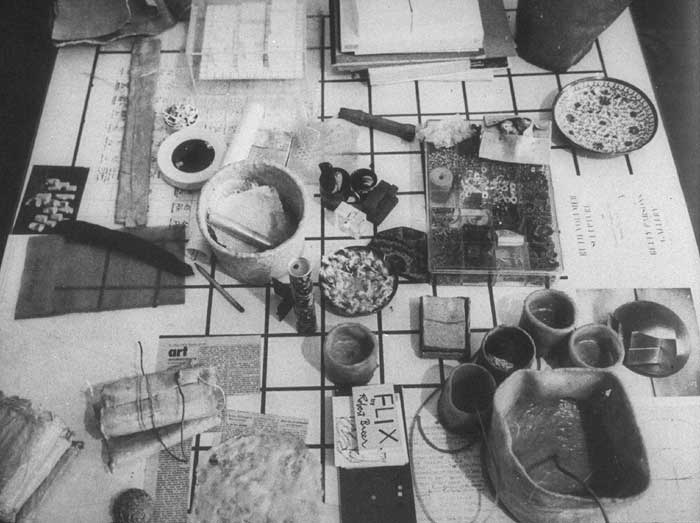 When I met her, Eva had taken Sol LeWitt’s famous 1965 letter to heart and was busy “doing.” 6 While there was an aura of vulnerability and darkness resulting from her tumultuous early life, she wasn’t the doom-laden figure promulgated in her diaries and in popular art world fantasy.

Eva was attractive in every sense of the word. Her voice, soft and well-modulated, had an accent hard to place, though vowel sounds hinted at New York City. She radiated intelligence and boundless curiosity. She was patient with newcomers to the art world like me, and to her students at the School of Visual Arts. After toiling in the studio from nine to five, she was ready for fun. Most often this entailed meeting friends for drinks, dinner, or a dance party. Both of us were movie freaks, most particularly fans of French cinema. I recall a long Second Avenue bus ride to see the first screening of Godard’s Weekend.

Eva had a quirky sense of humor, loved to laugh. As a prize pupil of Josef Albers, she followed his methods in her beginning painting class at SVA and assigned problems using Color-aid paper. After the third class, a young woman came up and pleaded to use oil paint. When asked why, she replied, “Because paper is so impermanent!” Eva enjoyed this absurdity, but the girl’s concern reflects eerily on Hesse’s own work. The latex pieces pose nightmares for museum conservators. And the fiberglass works have discolored remarkably. In the retrospective, I was shocked to see how each of the five units of Sans II (one owned by SFMOMA) was now a different amber color; none was the original crystalline white.

Rightly disappointed that her career hadn’t advanced as quickly as her male counterparts, Eva was confident her work’s uniqueness and importance would eventually be recognized. Her stature as an artist was solidified by SFMOMA’s 2002 retrospective. I met Gioia for breakfast the day after it opened, thirty-two years after Eva’s death. When I told Gioia that the Museum had purchased Not Yet for $2.2 million, her face blanched. Gioia had prepared Eva’s taxes for the last year of her life: her income had been $17,000. 7

Eva also sparked my decision to leave Fischbach. I realized I was fed up with the art world when I had to fend off an artist begging me to get her Eva’s brain x-rays to use in an artwork!

Not Yet? Not ever!