A few times a season, we like to reach out to a current or former Open Space contributor and find out what they’ve been up to. Writer and artist Emily Jain Wilson last published work here in 2013. 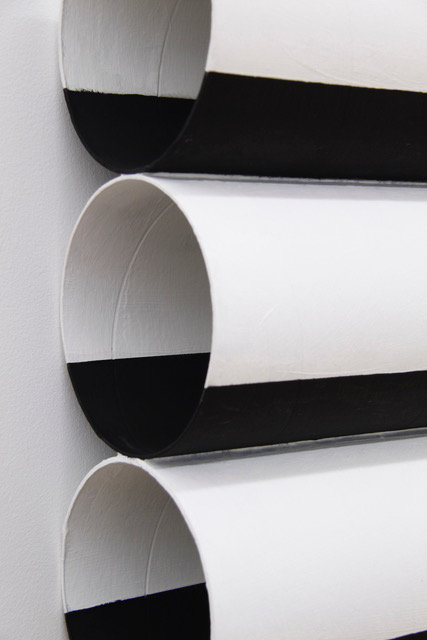 So, Emily, what have you been up to?

The past four years have been filled with tremendous change and success. So What — my illustrated novella comprised of four distinct voices narrating the tragedy of a ridiculous man — is finally complete. I’ve written a screenplay about a closeted art star who gets to motorcycle into the Milky Way! Scores of academic papers, the fits and starts of a memoir, and the incorporation of film into my art practice (which has and always will be rooted in drawing and painting) have also preoccupied me. For a while I was happily bicoastal (SF-Brooklyn), but since last fall, when my San Francisco landlord prevented me from subletting to anyone not heterosexual and white, I’ve been completely in NYC, which has taken getting used to. It was probably rather stupid of me to drag my car along — I’m constantly forced to re-park it — but at the wheel I feel like myself and can forget that, at best, there are only three not-cloudy days per month.

A few days before Thanksgiving, right before I completely moved out of San Francisco, I was granted entrée to Mitzi Pederson’s studio, which was like winning the lottery. Ah, the brilliant, tough/frail sculpture recently seen evaporating at Ratio 3!

I’m bummed to have missed Katherine Vetne’s recent show at 2nd Floor Projects. I’ve been aware of her exquisite, angry, funny work since she was a grad student at SFAI.

I was pleased to see Bill Jenkins’s spare-yet-luscious, liminal work at Capital’s NADA booth in March. Bill is an SFAI/Berkeley alum living in NYC who’s been making waves in the Lower East Side art scene.

Jessica Silverman brings historic, international art to San Francisco while also supporting local folks. Each and every show is thoroughly researched curatorial genius. Her eye is super-keen, a rarity these days: most of us have taken the adage “context is meaning” to the point where you’re supposed to look everywhere except at the work itself. Her installations are themselves works of art — last year’s An Uncanny Order, featuring the photographic constructions of Matt Lipps, felt like a 1920’s Cubist salon.

Lastly, K.r.m. Mooney, about to appear in this year’s SECA exhibition, makes work unlike anything I’ve ever experienced — sculpture/relics that seem as if they could have been culled from the recollections of gods in machines.

In 2013, you responded to SFMOMA’s take on Slow Art Day with “SLOW ART REDUX,” which reported the effects five works of art had on viewers who spent ten minutes with each of them. Do you try to integrate or represent considerations of time in your work? Or is it something else — something more intuitive?

All my work is time-based. What in the universe is not? And is time not the most subjective, intuitive experience there is, different for everyone? Is time not, indeed, perspective itself?

One of my recent projects takes a particular second of Mulholland Drive — an unrepresentational moment, and, arguably, the so-called mid-point of the film — and messes with it. Can a second of affect ever be quantified despite the fact there are twenty-four frames per?

I don’t have rules for my audience. My visual practice, which is project-based, is also not terribly concerned with intent other than the perhaps banal attempt to make interesting, open-ended work that I’ve never before seen the likes of. My writing practice tends to be more conventional, something I’m hoping to soon subvert by drawing attention to the materiality of words.

Ambivalence and surrealism have, since Reagan’s time, been banished from American culture. Stop dumbing things down, I say, and let’s rid ourselves of our addiction to comparing and contrasting, to our passion for categories, for making easy sense!

This spring I fielded acceptances from several schools, including Columbia’s Creative Non-fiction program and NYU’s Tisch School of the Arts. These choices would have been impossible without help from patient and kind Bay Area folks, particularly professors at San Francisco State who allowed me to complete scores of cinema studies classes despite the fact I was enrolled as a creative writing person. This summer, I’m hoping to take acting classes at James Franco’s Studio 4: my dream — no, my goal! is to be a character actor, a comedienne, a female Jerry Lewis, with slippers embroidered with the face of tragedy on the left foot, comedy on the right.  At sixty-five I will drive a tan El Camino, live in a rustic yet glassy LA canyon cottage inhabited by 30,000 books, a b/w cat, and weird cluttered furniture that leads to colorful features in the pages of not only Apartamento and Space but W and Architectural Digest; at eighty, I will publish a memoir about my mid-life bout with online stalking (raping, really) and its conjoined twin, the ubiquitous cancer of Stockholm syndrome; at one-hundred I will spend my time painting, eating, and sleeping on Jupiter and Venus in the company of a vast collection of work by California-based female artists.

Let me tell you about my unrenovated third floor walkup rented sight unseen via Craigslist. My building went on the market in 1925, just three days after my father was born. The marbled lobby with its tiny original b/w tile! The original cut-glass door knobs in my rooms; the original tattered parquet living-room floor (the bedroom and hallway floors are smothered in faux hardwood vinyl); the 1969 purple shagged closets; my 2,000 books. 1,500 records. One stained, blue, velvet chaise longue. My building: directly across the street from Prospect Park, where just yesterday, strolling with my pale boyfriend on a blessed, rare, too-many-shades-of-sunlight-to-comprehend evening we saw no tourists. Instead: wild irises, ducks, turtles, and islands in Prospect Park Lake. A swan paddled from right to left; kids pointed like crazy.