Don't Cry for Me 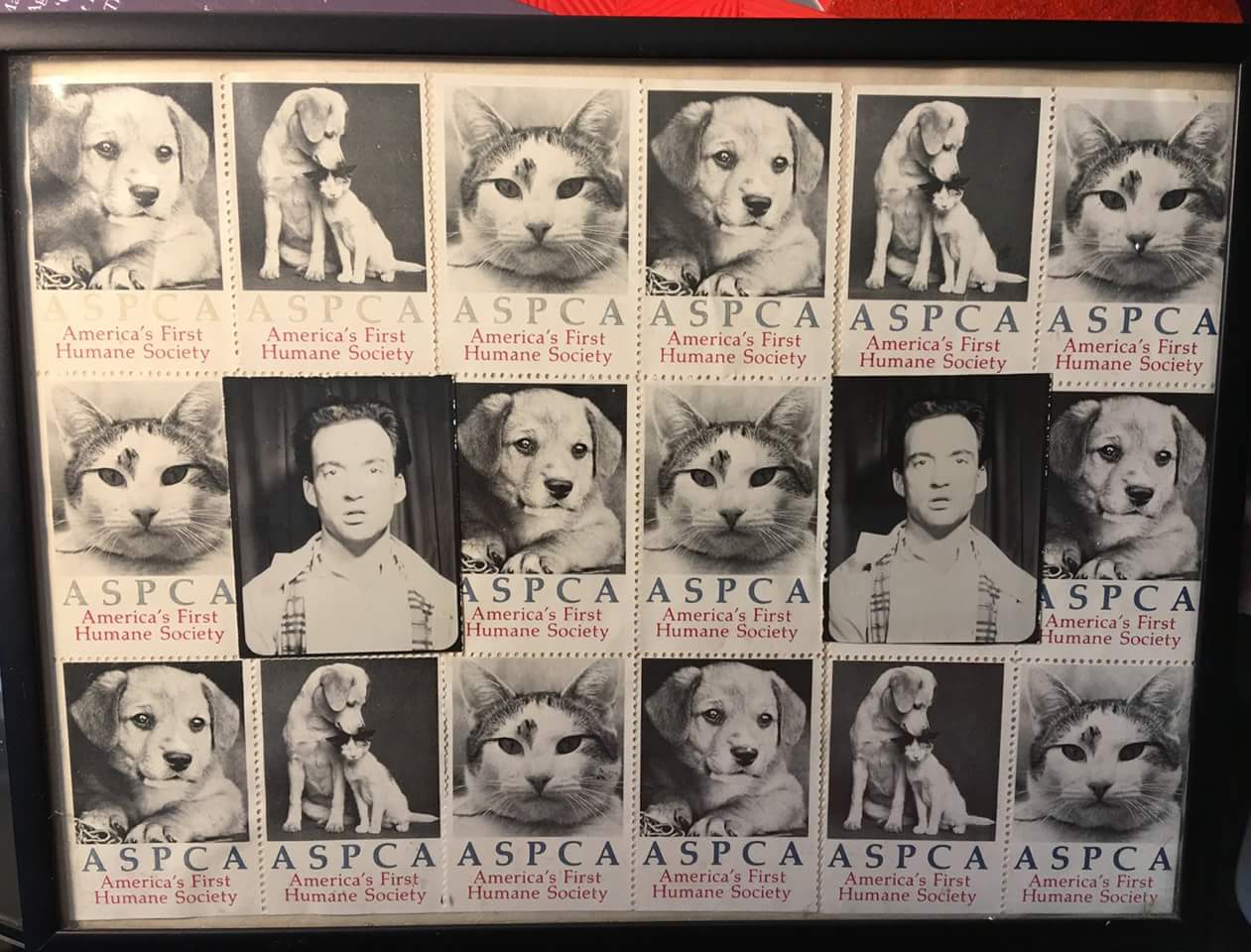 Philip Horvitz, Self Portrait. From the collection of Dodie Bellamy and Kevin Killian.

I don’t remember the first time Philip Horvitz and I met — it was so long ago. Was it at Kiki, the now legendary gallery that existed for only three years? Was it at an opening for Nayland Blake, Philip’s longtime boyfriend and partner-in-crime? Who knows. All I remember is that we instantly hit it off. There was something so wonderful being around him, you felt as if you could accomplish anything. He was as well versed in the avant-garde as he was in Aretha. He knew his show-business references, and his love for theater and dance was beyond comparison. Philip was an entertainer — and I mean that as the highest form of compliment. He lived for the stage, not just for himself but for the respect of the craft he saw in others as well.

Our code word was “kish,” the sound of a mirror breaking. We would joke that sometimes on the bad days we would look at the mirror and it would crack. Sometimes he would call me and simply say “kish.” I still laugh at this.

Philip and I worked together in a play he wrote and directed, Being Alive, a kaleidoscopic postmodern production that sampled from dialogue and films of the ’60s and ’70s and followed the structure of Steven Sondheim’s musical Company. It was the first time I had ever performed in a real theater piece, with lines and memorization and dialogue and costumes and choreography and everything! It was hard work, but I knew Philip believed enough in me to cast me in this role. I got to work with some amazing artists and actors, including Michelle Rollman, Molly Goode, Andrew Ingall, and the fantastic Sheila Balter. Even Rick Jacobsen (of Kiki fame) was in this production, and what a trooper he was! Those were truly magic memories, all of us working and laughing together — the support was so strong and real. This is one of my fondest memories.

A year or two later, I was cast in his next project, Faith, but it didn’t work out. Rick was back in Wisconsin, on his deathbed. I dropped out of his production — my mind was on Rick and I couldn’t get into the play. The production fell apart shortly afterwards, and Philip ended up performing the work himself. I wished I could have continued, but I could not. I’ve always felt I let Philip down by quitting. This is one of my deepest regrets.

Philip moved to NYC and we lost contact with each other for a few years. In 2005, he was coming to visit SF for a few days to do a residency at The Jon Sims Center for The Performing Arts. I was really looking forward to seeing him and catching up. On March 30, 2005, Philip boarded a plane to Oakland. He fell asleep and never woke up. He was 44.

A few months later his family and friends got together in Golden Gate Park to hold a memorial and say a few great things about Philip. We were all given a small wrapped package with the remains of him inside. We were asked to think about something special about Philip and then scatter his ashes in the park. I chose the Dahlia Dell near the conservatory. I sprinkled his ashes and made a mark on the concrete so I wouldn’t forget. A few months later I came back to the dell. Everywhere, large blooms of dahlia thrived, some bigger than dinner plates. I checked the spot where I’d scattered Philip’s ashes. Between two huge plants was a smaller, beautiful bloom, a diminutive purple dahlia with each petal outlined in white. I knew that it was him.

I recently came across this piece that he wrote for the zine Jimmy + Lucy’s House of “K”#2 in August of 1984. Even twelve years after his passing, he continues to inspire me:

DON’T CRY FOR ME ACADEMIA

Introduction: I attend Michel Foucault’s lecture on the culture of the self. Land of a thousand haircuts. Zellerbach auditorium packed to capacity. My first encounter with philosopher as star.

First meeting: Based on limited reading (parts of DISCIPLINE AND PUNISH), I attend Foucault’s open office hours at the U. C. French department. Question: Does the artist have an identity, or is he a powerless “type,” who in the last fifty years has become more powerless than ever, due to the manipulation of technical media like television? Can the artist transcend “The Structure”? Or is he doomed to commoditization, puppetization?     Not that artists should have the power to dominate, but do they have the power to communicate, in the present political, cultural structure? I go to the man because he knows a lot about history. He seems a good person to ask.

The office: Eager students draped around the oracle. A tired Foucault center stage, entertaining questions such as, “on page 232 of THE HISTORY OF SEXUALITY you state, ‘blah blah blah.’ How does this compare with Sartre’s attitude toward ‘blah blah’ in ‘blah blah?’” The master giggles, then holds his head in his hands. He smiles, as if to say “Are you kidding?,” and with that he is off and running. Heads nod, pens fly. We are in the presence of a mind. I pose my question. He pauses. “Come back tomorrow, “he says, I need time to think.” “You must be kidding,” I think. (I wonder if I am supposed to return with the broomstick of the witch of the west.)

Second meeting: The normal onslaught of devotees. Question after question until I pipe up that I really am late for my dance class, could he answer my question? “No. But could you meet me Friday afternoon at five?” he replies. “We could have coffee.” Hmmm, I’ve been told that Foucault’s social life is as active as his academic one. “Sure,” I say, “See you then.” Most of my fellow students look at me as if to say, “I kill you.”

The big event: Dwinelle Hall, late afternoon, an empty corridor. All gone home for the weekend. It is the master’s last day in residence, on Monday he leaves for Paris. He is late. I wait until… the door at the end of the hall opens and he passes through. Slowly and deliberately his footsteps near. “Shall we go?” he asks. As we stroll through the eucalyptus grove, I see he is tired but takes pains to concentrate and address my question as best as he can, even in its raw state. I am awed. First by the fact that the man has taken his time to meet with a random undergraduate, and second that he takes my interest and my question seriously. Soon he is passionate: Finding freedom in context. Power dynamic as a constant struggle to do what you must/desire/create, rise above to win. It is constant, eternal. My outlook is fatalistic; his is not. He does not agree with my thesis. There is freedom in knowing the game is yours to play. The authority is yourself. Don’t look to authorities. Don’t be scared. Trust yourself. Don’t be afraid of living, or dying. What about the economic structure that beats the artist down? Well. You can’t have a perfect world. Revolution does not work. It is an ideal. And yet playing with the structure is different than playing in it.

As for artistic freedom, artists have more freedom now than ever. Before the mere difference between artists and others in terms of attire and behavior was scandalous. Look at history to see how much freedom you have, which is not to say accept, but rather, progress. Use it to have more.

In central Berkeley we are at a loss for a café. Ironic. We choose “The Rendezvous.” As we wait for our coffee (he treats), a sex talk show comes over the radio waves. “Martha, do you think your difficulty in achieving orgasm is a result of Jim’s insensitivity?” “I’m not sure doctor. I wouldn’t have called if I knew the answer to that one.” (Radio audience chuckles.) I can’t believe I am listening to this with Michel Foucault, king of sexuality. And as I glorify him in this disbelief, he appears more real, exhausted, waiting for his coffee. Happy, perhaps, to be discussing something in, shall we say, “simple” terms? We chat.

He learns I am a performer, who does not consider himself a scholar by any means. This pleases him? We talk of AIDS. Of looking to authorities for lessons: doctors, the church. He is incensed that a group (gays) who have risked so much, are looking to standard authorities for guidance in a time of crisis. It is absurd. Unbelievable. “How can I be scared of AIDS when I could die in a car. If sex with a boy gives me pleasure….” He returns to the theoretical: The world, the play, is dangerous. But that is it! That’s what you’ve got. You have no choice. Soon I am walking him to BART. He says as he enters the station, “Good luck. And don’t be scared!” I reply, “You! You too. Don’t you be scared.” He shrugs off the sentiment in French fashion. “Oh,” he laughs, “Don’t cry for me if I die.” And with that turns, and vanishes.

Note: Cliff Hengst has sought permission to reprint this from Jimmy + Lucy’s House of “K”#2, but has been unable to reach an appropriate party. —Eds.