the work we take up 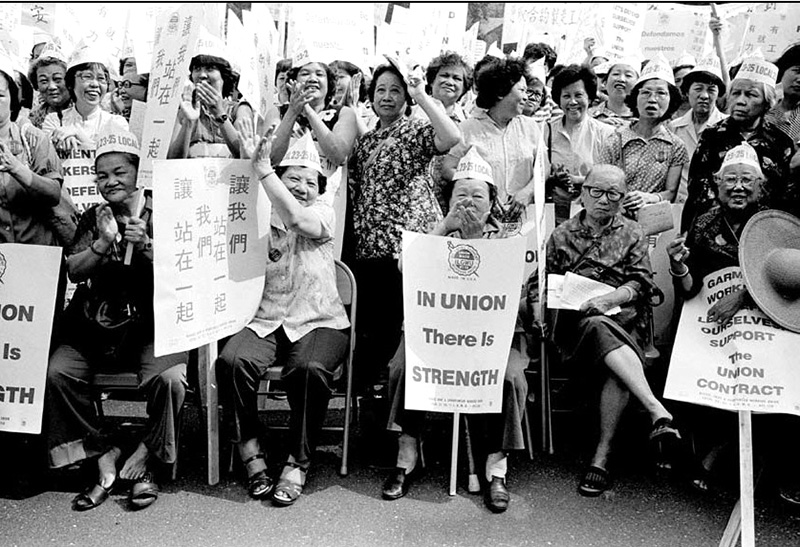 On the eve of the March 8th International Women’s Strike, many of us are preparing to strike from both waged and unwaged labor in protest against gender violence and exploitation, as well as the economic and social systems that produce these injustices worldwide. So I’ve been reviewing the work that structures my days, and the explicit and implicit contracts that bind me to people, spaces, and the labor I carry out.

What follows are preliminary notes for the story I’m still figuring out how to tell, which charts the path that brought me from an unpaid artist’s internship ten years ago to becoming the co-founder of a biomaterials company called MycoWorks. I founded the company with Bay Area artist Philip Ross and our business partner Eddie Pavlu with the aim of commercializing the technology Phil developed through his sculptural practice: growing structural and flexible materials out of mycelium, the root fibers of mushrooms. 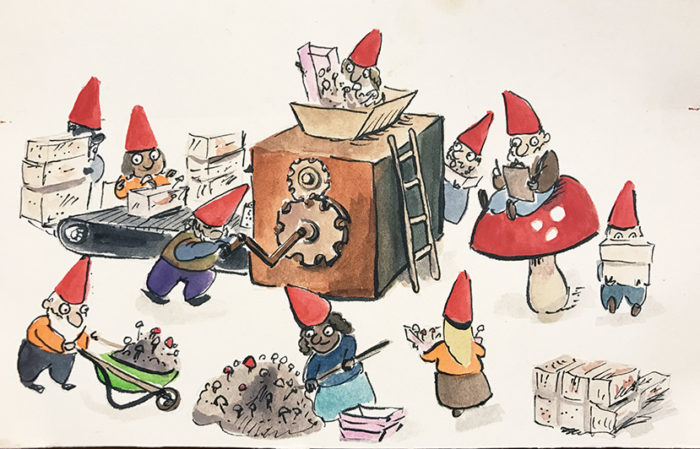 In 2007, I helped Phil produce a series of public programs related to an exhibit he was curating, BioTechnique, at Yerba Buena Center for the Arts in San Francisco. The show was a philosophical inquiry into our interactions with the living world via the body of practices that inform historical and contemporary concepts of biotechnology. The exhibit surveyed different forms of bio-containment and the controlled environmental spaces in which biotechnology typically takes place. The artifacts on display ranged from ornamental aquariums and antique amphora, to the Tissue Culture and Art Project’s NoArk, a reimagined wunderkammer in the form of an incubator that housed a living, growing mass of cells: to our knowledge, the first time that live, synthetically grown tissue had been exhibited to a general public. For the programming component, Phil and I organized a series of panels, screenings, and educational events that included an art and science skill share fair called Technebiotics, which was, at that time, contemporaneous with the emergence of the Maker Faire and DIY bio/crafting movements.

Five years later, in 2012, I was finishing my PhD at Berkeley and Phil was at San Francisco’s Workshop Residence, prototyping a line of chairs and stools grown from fungal mycelium and inspired by Savage Beauty, Alexander McQueen’s retrospective, which had recently shown in New York. Global manufacturers were starting to approach Phil with interest in developing mycelium technology for commercial use in large scale industry. Phil invited me to start a company with him to deal with these opportunities, and it was the most intriguing proposition for work I’d received after grad school, along with the dance and performance work I was starting to get. So in late 2013, we co-founded MycoWorks with Eddie to help us with management, and it has been a grueling education since.

This March marks the one year anniversary of our having joined a Bay Area biotechnology accelerator program designed to groom young biotech startups for venture capital investment. The accelerator invested money in our company, so joining the program meant I finally got paid for work I’d been doing for three years without compensation, other than “sweat equity” ownership of the venture. In some ways, the mode and motivation for work I’d practiced as Phil’s unpaid intern was continuous with the work I was doing as an unpaid partner in the company. I understood I was trading my labor for mentorship and work experience in the earlier arrangement, and for an unusual education and potential future returns in the subsequent case. There are established cultures around each arrangement that serve normalizing functions; many arts internships are unpaid, a gating condition that favors people with access to their own wealth and resources. Similarly, small start-up ventures, when they can afford to pay their team members, often offer below market wages to keep as lean a budget as possible.

But I cannot overstate how disorienting it was to relocate the project from the environment of arts education and non-profit cultural institutions to an environment organized solely around profit and outsized returns on investment. The main lesson I learned through the accelerator is that the basis for most commerce is fear and desire. You have to make people want something or fear missing out on something, in order to get their money. Activate people’s fear and greed, I was told. And in order to incite desire or fear, you have to make them feel something: surprise, wonder, horror, confusion, nostalgia, vulnerability, uncanny recognition, hope. One basic principle is to map a speculative horizon, which is why creative ideation and visioning are so highly valued in the realms of consumer-based commerce: “design thinking,” “thinking outside of the box,” the “creative class.” Another basic principle is evocative storytelling; I remember the day during the accelerator when we were trained in the structure of narratives for the purpose of pitching ourselves to investors: story arc and climax, denouement. It was darkly, uncannily similar to the entry level composition and literature classes I’d taught as a graduate student, repurposed here for the sake of marketing. 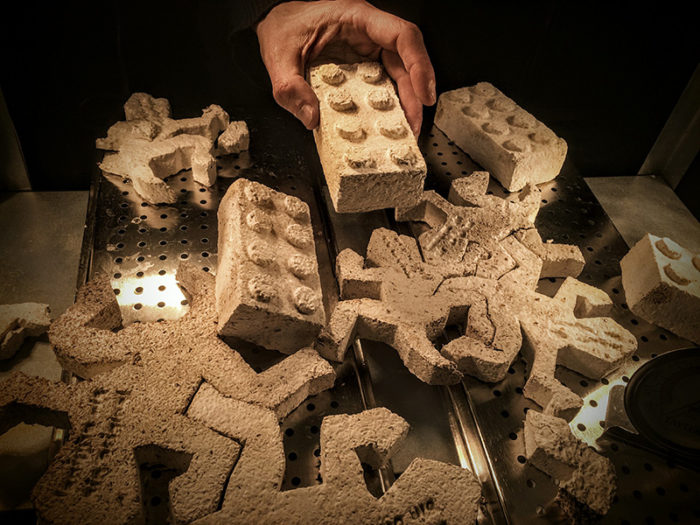 As harrowing as it seems to be engaged in the commercialization of a technology that emerged from an artistic practice, and to be complicit in instruments of investment that are the basis for finance capital’s rapacious modes of accumulation, I’ve found comfort, or at least moments of principled continuity, in the fact that the insights which inspire art audiences for this work are the same propositions that astonish investors and fans of the technology. Beyond the innovation of matter — fungi having long been cultivated as medicine and food, but only recently as a structural material — the material is an expression of a biotransformation process that is the more interesting speculative horizon: a model of environmental resourcefulness in which plant or wood waste is converted through a biochemical process into a functional material that in one formulation resembles an animal hide, and in another formulation seems as sturdy as a brick. Environmentalists are moved by the resource efficiency of the cycle, and capitalists are moved by the prospect of turning garbage into gold.

In “The Work of Art as Life,” Pamela Lee argues that a richer reading of artworks that engage living matter reaches beyond the “novelty of its media: the live things that at once comprise and are contained by the work of art,” and instead, “places greater stress on the work of art as life…[and] will come to regard that art as a system, in which the emphasis is not on media as such but how the work’s structure enables a complex interaction with its environment.” She points to this feature — the artwork as a system that is alive to its controls and environment — as the basis for its biopolitical import: its capacity to demonstrate the “administration of life” (BioTechnique 2007, pp. 64-72). If a new thing in the world points not to itself — an isolatable, extractable commodity — but to the environment and controls that sustain it in relation to other forces and resources, my hope is that the perspectives it invites will be wider.

In this spirit, I’ll be working to find the continuities between the work I put down and the work I take up on March 8.