Investing in the Underground 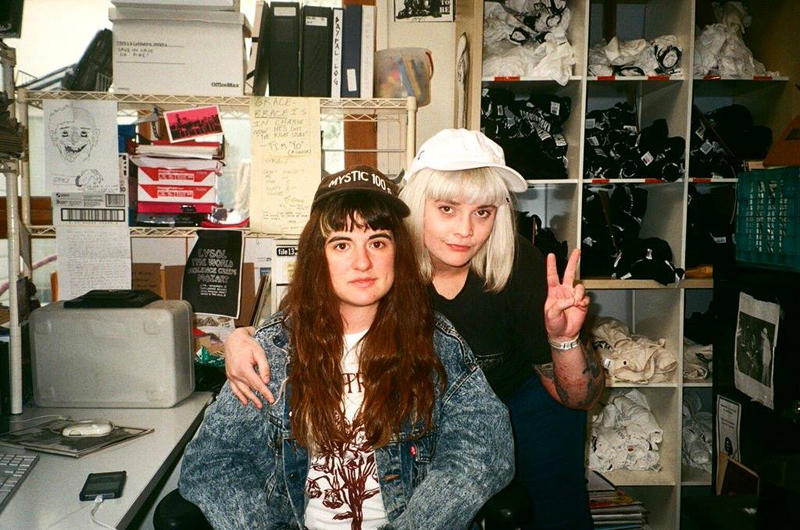 Information. We need information. A lot of you think you’ve got an idea for a story but you don’t wanna write? Well hell, someone else will write it for you. Get in touch with us. If you’ve got ideas…We’ll refer you to a writer. Vice versa, if you’re a writer looking for ideas. You can send stuff to P.O. Box 5528, San Francisco — do you remember the zip code, Mark? It’s either 94101 or 94103. It’s the postal box at 7th and Mission, it’s easy enough to figure that out. If you get that right we’ll figure you’ve passed your first test and you’re qualified to write. Be part of it now or forever hold your peace…This is an ongoing project from now until Maximum Rocknroll ends. And when that ends, god knows, it’ll be the holocaust or something.

Maximum Rocknroll is a print magazine based in San Francisco that covers punk, hardcore, and garage music, as well as radical politics. It has been continuously published since 1982 — as of this writing, there have been 407 issues, with the 408th in progress — and all work is donated. No one receives any salary, now or ever. It is an economically self-sustaining operation, with all proceeds either invested in technological improvements for the magazine or donated to similarly minded not-for-profit projects.

Over one hundred people worldwide are involved in its production each month, with activity centralized in a house near Alamo Square. It’s there that I live with two other women who have also chosen to make coordinating this publication their unpaid job. Instead of money, we are compensated in free rent and utilities, an immensely liberating arrangement. We each do enough paid labor to support our lifestyles (we can’t fully opt out of capitalism, least of all in a city like San Francisco!) and spend the rest of our time immersed in a forty-plus year social experiment, the production of the de facto punk paper of record.

Both the first widely-distributed publication to conceive of punk as a global, not solely western phenomena (guaranteeing an unruly narrative that’s much harder to sell than “It’s London, the year is 1977…”), and a consistent and vociferous opponent to corporate involvement in independent music, the magazine has long resisted the commodification of the underground. “There can be no middle ground or grey area when you’re under attack by forces alien to the fundamental principles of a community or society,” wrote founder Tim Yohannan on major labels in MRR #133, June 1994. It’s a tone that will be familiar to both our fans and detractors — in certain circles, the magazine is seen as humorless and inflexible, and it can be easy to see why. I prefer to characterize it as resolute: a group of people who address punk with the political and intellectual seriousness it deserves (with a view towards its role in the greater struggles of life under capitalism), for its potential in forming Temporary Contingent Utopias. 1

In this age of double-speak I feel that there are three important criteria needed here to distinguish the true indie / punk from the corporate “alternative”:

1) It doesn’t really matter what you say or what you sing, but how you conduct your business and what your motivation for doing it is.

2) It is only by being completely separated from governmental and corporate sponsorship, collusion, or connections that one can really claim to be alternative or independent.

3) Unless there is an ongoing class consciousness to one’s communication and expression then it is inevitable that you will be assimilated into mainstream values no matter how culturally hip you attempt to be.

Yohannan wrote the above later in the same issue, MRR #133, a special edition of the magazine focused on dismantling the allure of major labels and corporate involvement in cultural production. The cover, featuring a man with a gun in his mouth (sent to print just before, but hitting newsstands just after, the news of Kurt Cobain’s suicide) proclaims, “Major labels: Some of your friends are already this fucked.” 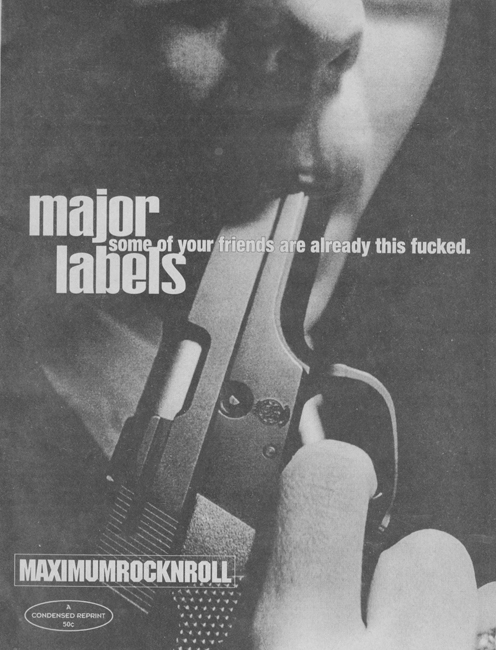 Nearly a quarter-century later, almost everyone has realized that major labels are indeed fucked. Corporate insidiousness in the punk scene hasn’t disappeared though — it has merely shapeshifted into an ascendant “DIY” brand and a bustling ecosystem of booking agents, publicists, and publishers who work together to sell and maintain it. Publications that disguise themselves as independently-minded while being revenue-generating parts of multi-billion dollar media conglomerates are a crucial part of this feedback loop. Today, many of these pseudo-underground publications cover many of the same bands, artists, and labels that magazines like MRR do. When Yohannan said, “It doesn’t really matter what you say or what you sing, but how you conduct your business and what your motivation for doing it is,” he was rejecting the (still persistent!) idea that bands must be necessarily and explicitly political in their lyrical content. Today, I think that this statement should also be applied to the modern music press. To understand MRR as just Noisey or Pitchfork or Stereogum in a different guise is to fundamentally mischaracterize the project.

I am a loud and frequent critic of journalists at these publications who pretend to be invested in the thriving international DIY punk/hardcore underground while also choosing to write about bands and labels who have explicitly chosen not to participate in the constant branding of their music that accompanies press releases, music video premieres, and sponsored shows. More often than not, their writing is rationalized in one of two ways: “These publications enable me to write about things I love” 2 or “What these bands and labels are doing is important, and they deserve to have a larger platform.” 3 It is naïve to argue that we all must uphold some kind of myth of punk purity, for a life truly free of capital. In the same way I must participate in paid labor outside of my work on the magazine 4 my colleagues who write about punk bands for corporately-funded publications also have bills to pay. Yet there is something profoundly disturbing about this kind of “investing in the underground” rationalizing, as if the fact that they are being paid absolves the writer from complicity with the businesses who publish these pieces and the manner in which they leverage independent, anti-corporate, and underground music in ways that aid and uphold gentrification, white supremacy, and capitalism, often without the consent of the musicians they are writing about.

Last year, I published an interview about my work at MRR in The Media, another anti-capitalist, anti-corporate publication. A frequent, flawed critique of that piece argues that because MRR does not pay its contributors, we have no grounds from which to criticize the culture machine. It’s a dangerous line of thinking, that remuneration protects the writer (or the subject!) from exploitation, and that anyone who isn’t being paid is being taken advantage of. Of course, one should never work for free for a corporation, but applying the same logic to a collectivist project like a fanzine feels like a remarkably short-sighted approach — one that supposes that nothing has value unless it is monetized, that we should be paid for everything we do, that the relationship between boss and worker is omnipresent as a condition of living in the modern world. My friend, and former MRR coordinator Golnar Nikpour wrote to me in a text message 5: “[It is too easy] to imagine that being paid by a corporation represents our freedom rather than our strangulation. To be mad at those of us who make the choice not to make those same choices, is above all to misunderstand that without us they would have no subculture to sell to a corporate blob who need people on the ground to make zillions [by] selling the notion of hipness or clued-in-ness. This logic transforms MRR (or any zine) into, by definition, a frustrating stepping-stone.” I wrote it down on a piece of paper and tacked it above my desk. Just because you aren’t being paid to do something doesn’t mean you are being exploited; exploitation is necessarily the act of siphoning value from the worker for the benefit of the boss. (And there are no Shane Smiths or Rupert Murdochs over here.)

The vast majority of people who write for MRR do not identify as music journalists — we are not soliciting work from them that they would have otherwise been paid for. This is not because the quality of the writing is not good, or because the writers are not knowledgeable. It is a publication for and by the same people it is about, who are committed to contributing to it in ways that feel sustainable and rewarding to them — as frequently as once a week or as infrequently as once in a lifetime — because they believe in the importance of truly independent media that must answer only to its readership, not its advertisers or bottom line. 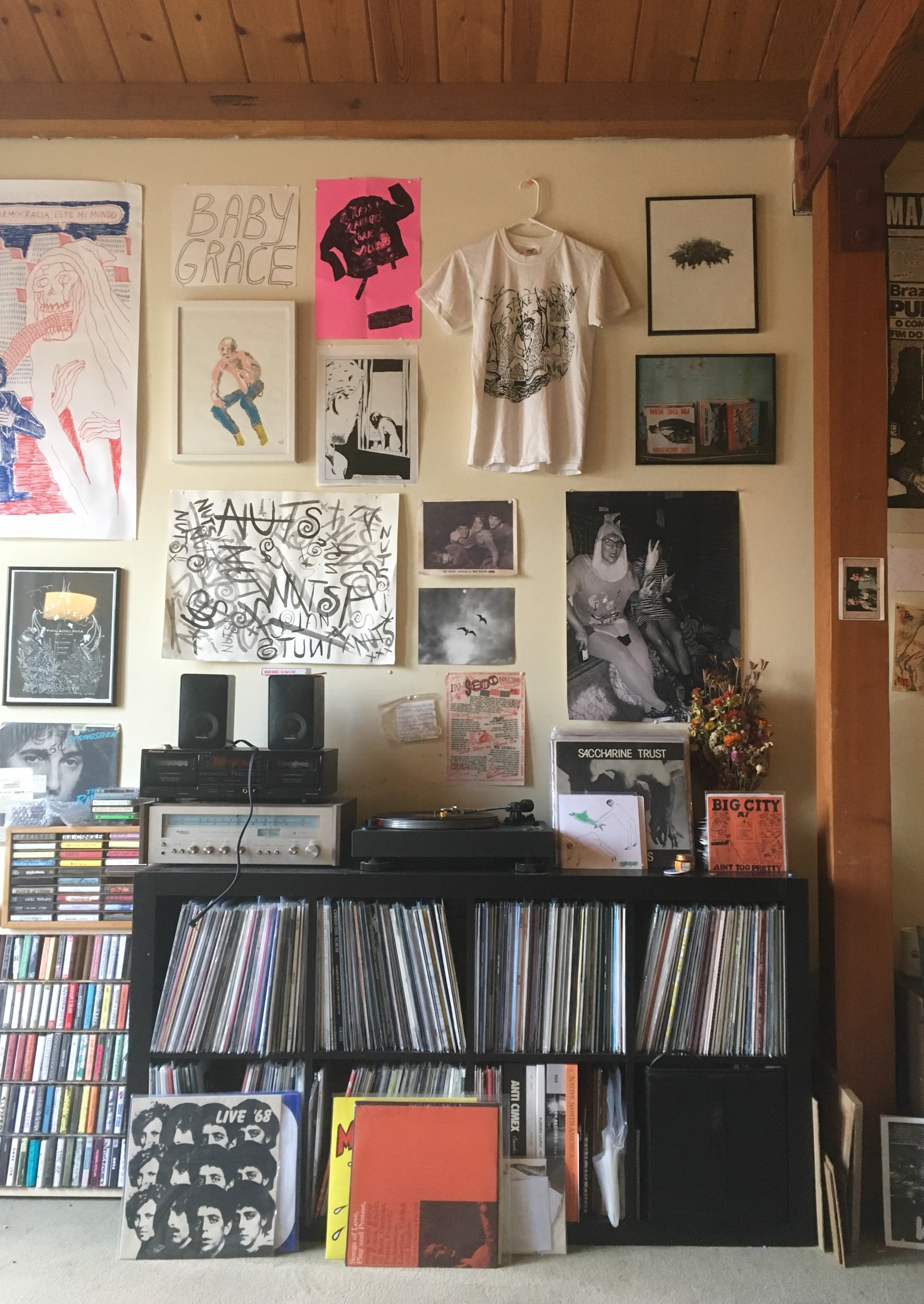 I am writing this essay from my bedroom at the MRR compound, well aware that my situation is unique, and not easily replicable. I am not asking anyone who does not want to or who is unable to write for free to do so, and I am not saying that people should never be paid for their writing on music, art, and counterculture. I am asking for a shift in focus in the conversation surrounding the ethics of cultural labor. Accomplices of the music industry must publicly acknowledge the real cost of their paid participation in structures that are designed to monetize the ways we lead our lives and control and define the boundaries of musical taste and political and creative thought. I am both heartened and frustrated by conversations I see swirling online surrounding labor and culture writing. If writers and musicians are going to engage with these institutions, yes, of course, they should (and must) take their money, every last cent; but they also must leave space for the long-standing creative and dynamic forms of critical resistance of projects like Maximum Rocknroll, that by design do not fit within the strictures of neoliberal valuation. It is only by allowing for these alternatives that we will be able to imagine future structures that are replicable.

The fight cannot end once writers are being paid on time and in full by these corporate entities. Is it even possible to be fairly compensated for the repackaging of our genius and joy and rage? The ethics of work are tied up in much more than compensation; laborers of all kinds have long rejected paid yet unethical arrangements, even in the face of omnipresent and oppressive capital. The idea that we have to compromise is a myth, one that corporate media relies on us to believe.